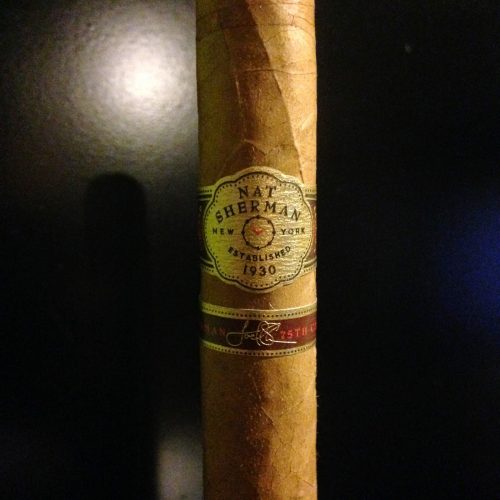 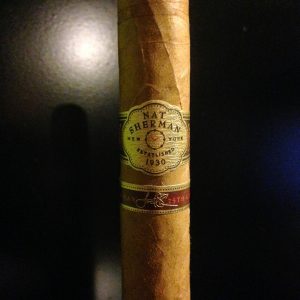 President and CEO of Nat Sherman, Joel Sherman has been working with the company since 1960. When he joined the company, he began by working for his father and continued to work for him and the company for some years. There was a period of time where he left the company, but when he returned in the 1990’s after his father’s death, he returned as President and CEO. It is a company that has always been run by a Sherman, and it is a company that is known for their wonderful retail store, cigarettes. cigars and pipe tobacco. To me and many others in online media, they were a company we did not focus on for many years, but with additions in the past years the company has become a “new company,” and they have begun to offer cigars that speak to individuals like myself. With their new offerings, and cigars that are to the new generation’s liking, they have released the Joel Sherman 75th Celebration, honoring Joel Sherman’s 75th birthday.

Measuring 7 1/2″ with a 46 ring gauge, this is a unique size that can only be seen as a super corona gorda or a really fat lancero. I don’t think there is a technical name for it, but it is a nice size. The wrapper being used on the blend is Ecuadorian Connecticut, and underneath that is a blend of Dominican tobacco. The cigar is being made in the Dominican Republic at Quesada Cigars, and production is limited to 25,000 cigars. The Joel Sherman 75th Celebration is a beautiful cigar and it comes with a gorgeous wrapper that is applied perfectly. There are some minor veins present throughout, but with that is a silky texture and a nice firmness that is consistent from foot to head. My god, the aroma at the foot of the cigar is simply incredible and it has this amazing fruity aroma that is incredible. There are some spice notes present as well, and it is showing some nice sweet spice notes that are of cinnamon and nutmeg qualities. The aroma on the wrapper is great as well and it has some nice spice notes as well, mostly cinnamon and nutmeg again. 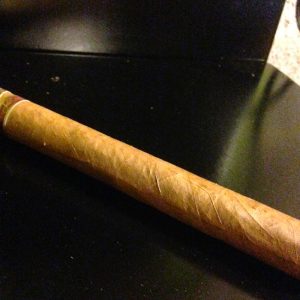 Upon light the cigar, flavors of heavy cream, warm spices and cedar began to hit my palate. It was accompanied by some red pepper notes and it had a finish that was showing some citrus orange qualities. There was a little bit of that orange rind present, but overall it was showing the meat aspects and was sweeter. So far, a great beginning to the cigar and while it is fairly subtle overall, the flavors are incredibly complex and noticeable when focused on. This is a cigar you sit back with and focus on, you really want to take in everything it has to offer. In terms of strength, I would say that it is smoking at a level that is below medium and it has a body that is fairly similar as well. If you don’t pay attention to the cigar, it comes off as mild, but if you really focus, you get a little bit more than that. In terms of construction, the cigar is producing a perfect burn line and with it is a solid charcoal ash. The ash is holding on firmly and the cigar is producing a cool draw with a nice bit of smoke. 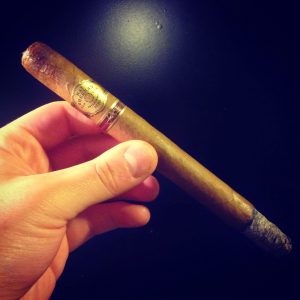 When I enter into the second third of the cigar I am finding a subtle shift in the flavor profile and it is really more an overall addition to the cigar rather than changes. It is still showing those heavy cream qualities to the cigar and it is pairing with those cedar, red pepper and spice notes. The orange flavors are a little bit softer in this third and the additional flavors of honey are terrific. It has this honeycomb quality to it which is very enjoyable, and when looking at the cream flavors it is going with, it is a perfect match. The construction continues to be great in this third and it is showing that even burn line with that charcoal ash on the end. The draw is cool, producing a nice bit of smoke, and it shows all those flavors without any problems elsewhere. In terms of strength, the cigar is still smoking below the medium level and the body is right there as well. This is a soft cigar, very different than a lot of other releases, and is a cigar that you smoke and focus on. 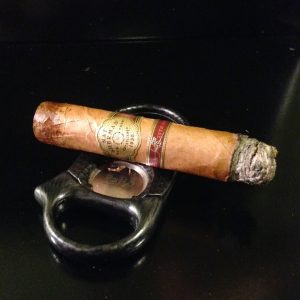 I am in the final third of the cigar now and it continues to smoke incredibly. It is showing those honey and cream notes upfront, and they are stronger than they were in the second third. The red pepper and orange flavors are present as well, and it has a nice cedar and spice finish. Overall, I would say the flavors are a little bit bolder in this third, and it is showing some growth as it comes to a close. The flavors are still very elegant, just more noticeable and present. The body and strength are up as well, and I would say that it is finally at that medium level and maybe a little bit above in both areas. It is still a cigar that many could smoke and enjoy, and I think most smokers could have this in the afternoon o evening without problems. The construction remains terrific in the final third as well and it is shows that even burn line with a nice charcoal ash holding on firmly at the end. The final draw is cool, and it shows those great flavors that have been present throughout. 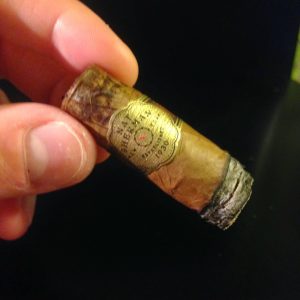 This is a great cigar and a terrific release to celebrate Joel Sherman’s 75th. It is definitely the best release of the year for Nat Sherman, and with every new release they begin to show these qualities which scream Davidoff. They are making balanced smokes that are not overly powerful in body or strength, but they are absolute flavor bombs. I loved the Epoca, I think that is a great everyday smoke release, and the Joel Sherman is a great limited and special smoke that goes with Epoca. The flavors were complex throughout and this is a cigar you need to focus on from beginning to end. The construction was absolutely terrific and this cigar really showed little faults throughout. Because of the softness in body and strength, the flavors are subtle and not so much in your face, so you have to focus on them, but when that is accomplished you will find a terrific cigar and you will truly appreciate it. I am giving this cigar a solid 93 and would recommend it to so many out there.
Seth’s Humidor Rating: 93 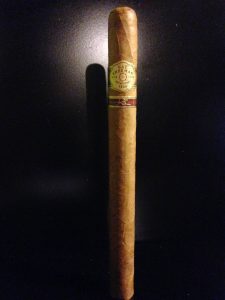