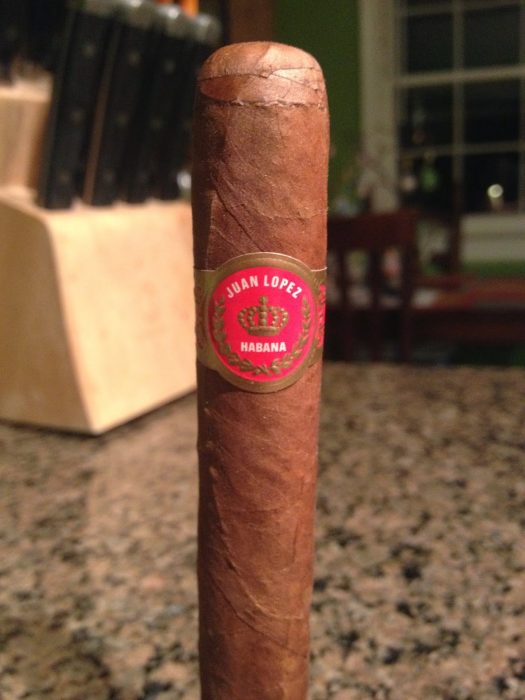 Make no mistake, I love me some Habanos, and just like every other cigar region, there are many brands with different flavor profiles to explore.  One of those brands that fly under the radar is Juan Lopez.  I was interested in trying some and scored a fiver from a forum friend with a box date of March 2011.  Given I prefer to try before I buy, I had one a few weeks before this review and figured I would review another to give other BOTL a chance to hear my thoughts if they were interested as well.  Juan Lopez is classified as a local brand by Habanos SA and consists of tobacco from the Vuelta Abajo region. There are only three vitolas, including Selection No 1 (corona Gorda), Selection No 2 (robust), and Petite Corona. 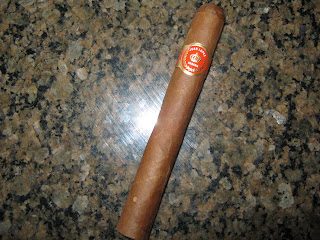 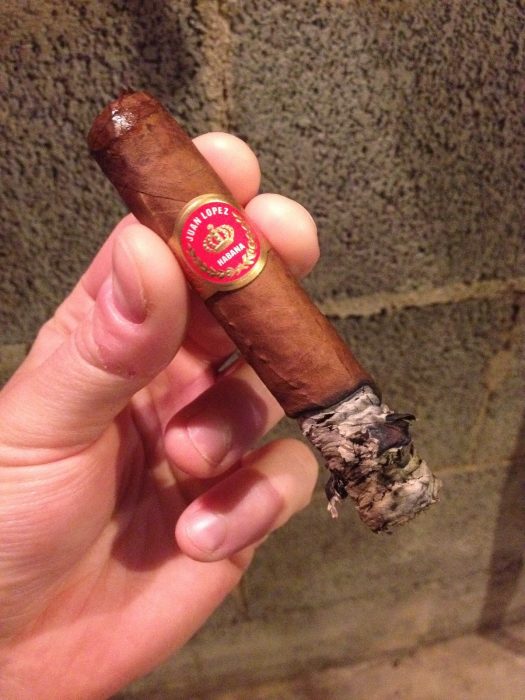 Upon toasting the foot, the retrohale was very sharp, with hints of pepper that dissipated quickly on my palate.  The finish was light and creamy on the draw inconsistency, with musk notes, and a rich latte aftertaste.  In Mammoth Lakes, CA, there is a small light roast shop that makes the best latte I have ever had, and the No 1 reminded me of it.  Light citrus notes were present, along with rich cashew on the finish.  The speed that some of these notes were hitting my palate and melting into the finish was phenomenal.

A deliberate shift took place, suggesting an excellent blend, with tons of citrus notes, sharp cedar, and white pepper coming alive. The profile was not overpowering at all; rather, providing depth and layers of complexity.  The rich latte flavors moved towards the back of the profile and settled back of the tongue.  Orange peel and tealeaves dominated the draw, with the retrohale providing the spice and cedar notes.  As I approached the final third, the rich latte flavors began to work their way back to the front of my palate. White pepper made its way to my lips, with cumin-like qualities of earth and tea became very heavy on the tip of my tongue.  At this point, the Juan Lopez No 1 had provided a symphony of varying notes, and given how little age this had, I will be buying multiple boxes. 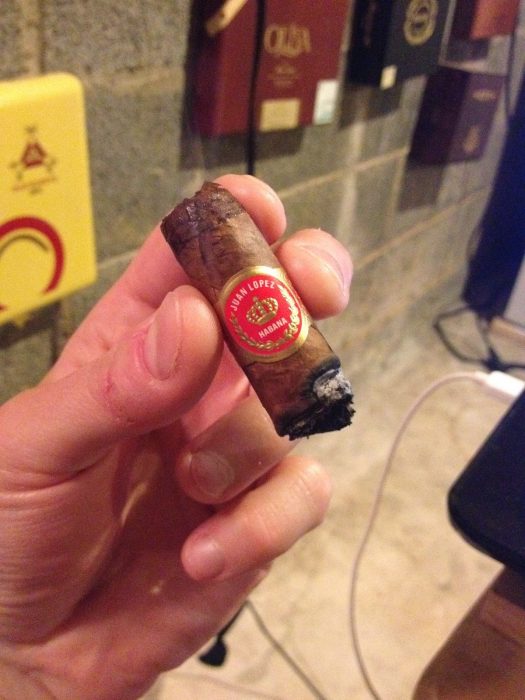 Cedar was moving to the front of my mouth, and the profile made another strong chance, with green and grassy spice notes coming forward reminiscent of Anaheim pepper.  I prefer cooking with Anaheim over bell peppers, as the sweetness and depth are much better to me.  The tea notes were still heavy on the draw, while the citrus and rich latte notes had left almost entirely.  The strength of the retro was stiff, but the dissipation was always fast, while spices lingered on my lips.  The youth was showing at this point, given the box date of March 2011; however, I would think not much aging would be needed for this blend.  Coriander complimented the green pepper and grassy notes, while a little uneven burn showed up near the nub.

Construction: There was a bit of an uneven burn towards the nub that required a touch-up 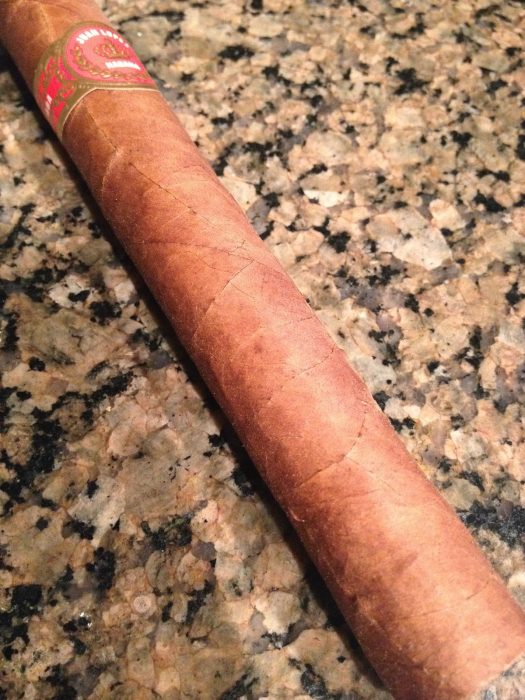 This particular Juan López is from 2011 and it is smoking as a three-year-old Habano would. It has improved since it was younger, but it has not reached the true great level that it will in two more years. I find that these particular smokers are great young, first couple months and then smoke very well in four to five years later. I love the flavor profile that is given off with the brand and it is a flavor profile I can connect to because it has depth and complexity with just enough body and strength behind it to grab my attention. These may be too much for some younger smokers, but for a seasoned smoker, it is a terrific Habano that can be enjoyed at any time of day. The construction on this particular smoke was decent, but I have some that smoke wonderfully from beginning to end. If you have never reached out to this brand, I recommend you do so as you will not be disappointed. Right now I would give this Habano a solid 88-90, but I know it can get up to be a 92-94.