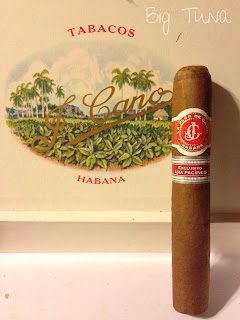 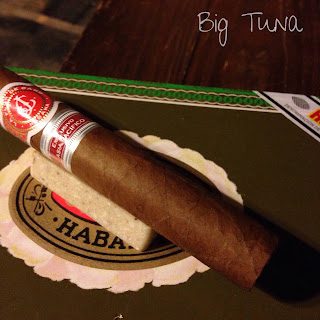 The Habano sports a lovely wrapper that has a light Colorado coloring. I would say that it has a light reddish brown coloring to it. There are very few veins present throughout, and it has a nice triple cap. It is firm throughout, and this is a well rolled Habano. The aroma at the foot is that of sweet soft spices, hay, wheat and some lovely honey notes. The wrapper is showing some more natural qualities as well, and it has that woody and soft spice quality to it. 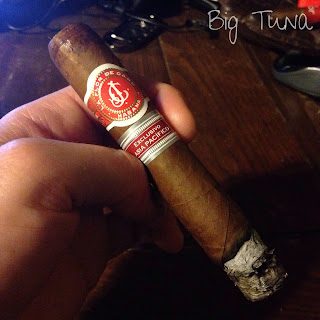 The first third has a solid beginning and it has a nice opening of hay, salted wood and white pepper. There are some creamy aspects present with the Habanos which really add a lot, and it has a finish of honey and oat bread. It is smooth and somewhat soft, but complex and enjoyable. There is some depth to the blend and it has a decent body level which is around a medium level. I would say the strength is there as well, and the same goes for the flavors. The construction thus far has been fairy decent, and while the burn line is not perfect, it is burning fairly well while producing a solid charcoal colored ash on the end. 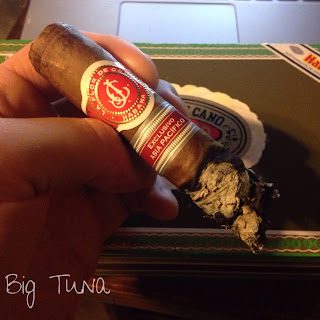 As I enter into the second third of the Habanos I find that it loses some of those honey, oat bread and creamy aspects from before, and it goes downhill, showing those natural and woody road. There is a touch of sourness present with the Habanos and it is paired with some soft tobacco, hay and wood notes with that. There are still some pepper aspects present with the Habanos, and it has that white pepper flavor profile on the finish. The Habano remains at that medium level in all areas and it is a balanced smoke. The construction is along the same lines as it was in the first third and it is producing a burn line that has some wavy aspects with that charcoal ash holding on firmly at the end. 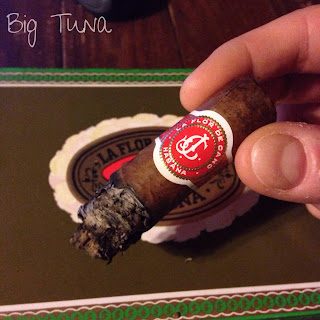 The final third is very similar to that of the second third and it is showing that sour wood flavor with touches of tobacco, hay and pepper. There is not much going on with it after that, and I would classify it as being flat. It remains at a medium level for body, strength and flavors, which is nice to see the consistency, but with the lack in complexity it is a let down. The construction has gone downhill as well and it is producing an uneven burn line that requires touch ups. The darker charcoal ash holds on well at the end and it has a cool draw to the end.
The regional program by Habanos S.A. is one that I am typically not a fan of, and this Habanos is a great example why. While the program gives Habanos S.A. the opportunity to produce a new and unique vitola that is limited in numbers to a handful of brands, a majority of the time these regionals do not deliver the greatness that is found in the regular production vitolas. The flavor profile being delivered is typically not in line with the actual brand, and the only thing that the regional and regular production releases have in common in the actual band. There are some examples where the regional is good, I have had some releases which were great, but they are rare exceptions when you look at the total number of releases. With this La Flor de Cano, it was a terrific idea that fell short. Way short. It lacked complexity in the flavors being delivered, showed some poor construction, and it did not smoke in line with typical La Flor de Cano. There is a sweetness and floral aspect with regular production La Flor de Cano which is enjoyable, but this did not have that. I do not see it aging well, and I give it a rating between 82-84.