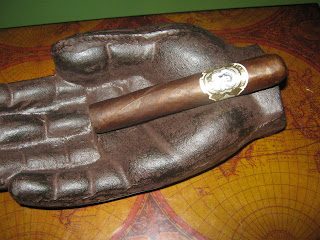 As Altadis has said, Montecristo and New York go hand in hand. With Washington D.C. however, La Palina is it’s perfect match. Whenever I am up in our nations capital I always purchase some La Palina Cigars, and I always try and enjoy one while there. There is nothing better then purchasing a La Palina El Diario Robusto or La Palina The Family Series Little Bull from Drapers, lighting it up, and walking down to Lafayette Square behind the White House to enjoy a quality smoke. The fact that William Paley, President of La Palina, lives in Washington D.C. is a potential reason for that; but for some other reasons unbeknownst to me, the two just seem the perfect pair.

El Diario is the newest line by La Palina Cigars, and as the name says in Spanish, it is meant to be a “daily” cigar. La Palina Cigars really has an interesting story, and I know I have talked about them before, but it is so good not to tell again. The line was initially released in the early 20th Century by William Paley’s grandfather, Sam Paley, but when he retired in 1926 the line did as well. Sam Paley’s son did not continue down the cigar industry road, but the line was brought back by Sam Paley’s grandson. Initially William Paley decided to team up with Graycliff to design a cigar that would be perfect for his families retreat in the Bahamas, and thus he created the Family Series. From the initial launch the cigar took on a whole new wave, and eventually became a growing line in the States in 2009. Since then the single line brand has expanded to two lines, and I am sure Sam Paley would be as proud of the current La Palina Cigars today as he was when he first launched them a century ago.

Unlike the Family Series, which is made in the Bahamas at the Graycliff Factory, this line is made in Honduras, at the infamous Raices Cubanas Factory. Like all the cigar there, it is rolled in the Cuban fashion and is finished with a perfect triple cap. The cigar begins with a wrapper from Honduras that is Corojo ’99 Rosado, and has two binders that are Honduran Criollo ’98. The dual Criollo binders will offer a nice bit of  toasty and nutty spice to the rich Corojo flavors, and the filler is composed of Nicaraguan tobacco that is Corojo ’99 and Criollo ’98. I am big of fan of Corojo ’99 and Criollo ’98, and when you see a cigar composed of this tobacco you can be safe in knowing it will be great.

The 5″ by 52 ring gauge robusto is beautiful in hand, and the wrapper on the cigar is amazing. It is slightly oily to touch, and very smooth. The cigar has a wonderful chocolate brown coloring to it, and I would say the cigar falls into the Colorado Maduro coloring. It is very firm to touch, and the aromas are of spice, rich earth, cocoa and barnyard. It is an absolutely beautiful robusto, and if it is anything like the Gordo vitola I reviewed, I know it will be amazing. As I cut the head and get a wonderful cold draw the flavors are that of coffee, cocoa, leather and rich earth. There is a faint spiciness to it, and I light it up awaiting the wonderful flavors to come.   The first third of the cigar is absolutely wonderful, and the cigar is producing an abundance of flavors. The cigar shows some sweet characteristics of cafe mocha and rich earth, and it is balanced by lovely bits of spices that show characteristics of cinnamon, anise, cloves and more. There are some wood, stone fruit and leather flavors present, and the cigar has a long finish after each draw. It is smoking around medium-full in strength, but it is very balanced and light because of the blending and flavors. Construction wise the cigar is burning razor sharp, and it is leaving a nice dark gray ash. I had to relight the cigar one time in the first third, but overall a splendid start to a cigar. When I get into the second third of the cigar I continue to get so many of the great flavors from before, but I am also seeing a rise in some pepper and nutty notes. There is still a lot of those cafe mocha flavors present, but I was getting more nutty notes with this and some lemon peel as well. The rich earth, leather and wood notes played off of one another wonderfully, and the spices in this third were slightly more peppery than the Asian spices of the first third. The cigar was still burning wonderfully in this third, and I didn’t have it go out like I did in the first third. The ash was still a solid dark gay coloring, and the cigar was producing a great amount of smoke. In this third I found the strength to be at a solid medium, and very enjoyable at any time of day. In the final third, I begin to see a return of the stone fruit flavors from the first third, and those Asian spices have returned as well. I was picking up some Amaretto flavors in this third, and it also had a lovely finish of coffee, rich earth and leather. The flavors were very pleasant in this third, and the cigar smoked wonderfully all the way to the end. The strength continued to be around a solid medium in this third like the second third, and the burn line was still razor sharp all the way to the end. It finished cool, and I put the cigar down when I was burning my fingertips. Even after I put the cigar down I was still tasting those Amaretto flavors, and the cigar really delivered wonderful flavors with a long finish that you will enjoy for sometime afterwards.

El Diario is a wonderful line by La Palina Cigars, and every vitola I have smoked has just been fabulous. Each one will deliver those core flavors of the line, but certain vitolas have a unique aspect to it. I think this is a great line, and one of my preferred lines on the market. I think it really adds a great everyday aspect to La Palina Cigars, and it gives more people the opportunity to taste something fabulous. To me the line is everything I look for in a cigar, and whether I want a robusto, or a Churchill, or a Torpedo, I know each cigar will be fabulous. I see La Palina Cigars producing great cigars for years to come, and El Diario was a great follow up to the Family Series line. For having two lines on the market, the La Palina brand is probably best in class. I give this robusto a 94. This is a very elegant and flavorful robusto that will keep your palate guessing throughout each third, and provide enough body to keep any cigar smoker intrigued. Great job William Paley, and great job La Palina Cigars! 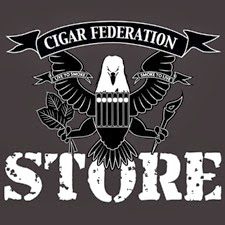