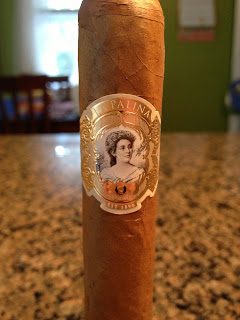 Last year myself, Cigar Coop and Toasted Foot had the Laguito No. 2 ranked as the Cigar of the Year.  Typically I do not make a big deal about each persons ratings, but when three individuals have a cigar as the Cigar of the Year, there is something to be said. I have nothing but respect for the works and plates of Cigar Coop and Toasted Foot, and that is why it is great to see the three of us on the same page. I felt that the Laguito No. 2 was and still is an amazing cigar, and was a cigar that showed how great a cigar can be in a vitola offering that is not smoked by many modern day cigar smokers. It was a tribute to the past, and is a cigar that if smoked in the days of petit lanceros would be exalted. I can see smokers now in the late 19th and early 20th century smoking that cigar and being astonished.

With that being said, how does a company follow up on that cigar? When a cigar receives such high praises, do you dare release another cigar bearing that same name? If you do, you better be confident that the cigar is going to take the smoker to that same level, because if it doesn’t, you ruin the cigar that earned you so much. Bill Paley and La Palina felt they were up to the challenge, and reach out to Maria Sierra and El Titan de Bronze again to follow up on the Lagutio No. 2. This time around they decided to make a cigar that reached out to the modern day cigar smoker, and used a vitola that has done very well for Habanos S.A. The cigar actually takes the name of the factory name in Cuba, and that is the Laguito No. 5. 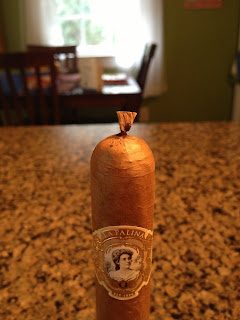 Like the Laguito No. 2 which was releases last year, the cigar features tobacco that is all medio tiempo.  Medio Tiempo is found at the top of the tobacco plant, higher than ligero, and is only found on 10% of the tobacco plants. The cigar has an Ecuadorian Habano wrapper that encases and Ecuadorian binder. Under that is a blend of Dominican and Nicaraguan fillers, and this is the same tobacco breakdown as the Laguito No. 2. The cigar is limited to 2,500 boxes, and comes in ten count boxes. The Laguito No. 5 takes the size of the Cuban Laguito No. 5, and that is a 5 5/8″ by 54 ring gauge robusto extra. Just like last year, the cigar is rolled and bunched by Maria Sierra, and she is a 95 rated, category 9 roller. The cigar is beautiful in hand and has a lovely fan cap. The wrapper has a coloring that is just above natural, and it has this golden hay coloring to it. It is silky and smooth to touch and has an aroma on the wrapper of barnyard, hay and tobacco. The foot shows an aroma that is similar, but I am getting some musty wood and spice notes with that. 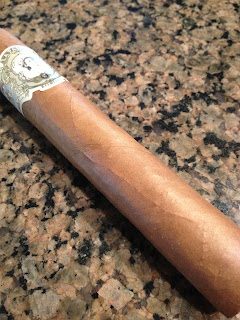 The cigar beings by showing some lovely oak, honey and pepper notes. There is this lovely natural flavor profile to the cigar, and it is old school Cuban. It slowly begins to show some hay notes, and is accompanied by this vanilla, cream and brown sugar flavor profile. It’s well blended because it shows some dry spicy flavors and then mellows out with some creamy notes that are partially sweet. The construction is terrific in the first third and it is producing a lovely burn line with a solid ash. The ash is holding on to the end firmly and it has a nice light gray coloring to it. I would say the strength and body are at a medium full level, and it would be closer to the medium side of things on that spectrum. With a lovely draw though, this cigar is living up to its predecessor quite well. 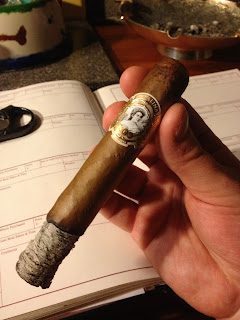 I am in the second third of the cigar now and it has softened some in this third. I am not getting as much pepper with the cigar, and it is showing more of those earlier creamy notes. There is some honey and hay showing up as well, and it is very summer like with the oak. Overall the flavors are very balanced, and it really has your palate guessing throughout. I would say that the body of the cigar in this third is closer to medium and medium full, and the strength of the cigar is between medium and medium full. In terms of construction it is still wonderful, and it is showing that even burn line with a solid gray ash. It smokes very well, and it is almost too easy to smoke. The draw is fairly easy so I am getting a lot of smoke with some lovely flavors. This is a smoke I would have anytime of day and enjoy all the time. 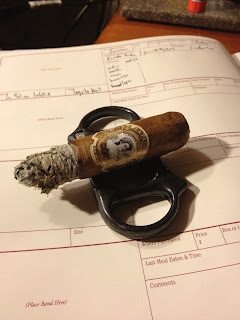 In the final third the cigar finishes wonderfully and it shows all the great flavors from before and more. I am seeing a rise in tobacco and nutty qualities. There is this almond presence with the cream and oak, and I am seeing some cedar notes as well. I am seeing those cream, sugar, honey and hay qualities with the cigar still, and it produces great flavors to the nub. I would say the body of the cigar is closer to medium in this third, and it is a smooth finish. The strength has gone down some as well, and I would say the strength is really at a medium level as well. It is finishing in a way that leaves the smokers wanting another one to begin the journey all over again. The construction remains perfect through the final third and it shows that even burn line with the lovely charcoal ash. It smokes cool all the way to the nub and the last bit of flavors are that of tobacco and floral notes. 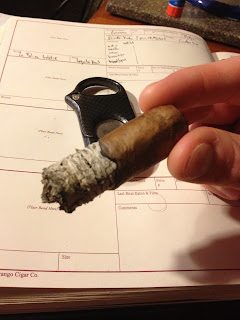 I am a cigar smoker that smokes Cubans and non-Cubans. Because of that, I have an idea of how the two relate and how they are different. This is a cigar that showed many great Cuban qualities while showing the greatness of being non-Cuban. It had a wonderful flavor profile that was balanced and complex, but overall was a very smooth cigar that many could enjoy. I believe than experienced smoker would really get everything out of it, but a novice smoker could enjoy it for being a great cigar. The construction was stellar from beginning to end, and there is something special about the fact that these were bunched and rolled by a single individual. You do not see this on the market today, and it is an incredible thing. As for whether or not this is as good as a Laguito No. 2, I have to say that they are different because of the cigars themselves. You are going to have a difference because of the ring gauges, and this offering allowed the smoker to get more of the filler flavors. I feel that this is creamier because of that. I would begin the day with a No. 5, but end with a No. 2. I give this cigar a solid 94 and believe that La Palina has done wonders with the Goldie Series. 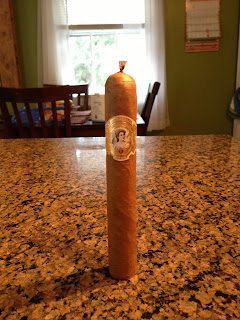