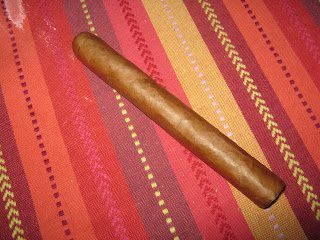 As you are most likely aware, there are several retailers in the United States right now that have their own cigars. These cigars are blended sometimes by those retailers for their store, and sometimes they are blended by the manufacturer for that certain store. I am going to be honest and say that some of these cigars that are made for retailers are shit, and should be burned in a bonfire, others though are actually decent cigars, and some are fantastic. I have found that some of these cigars are made with leftover tobacco, and are not well blended. Fortunately there are some larger retailers that have the fortune of being able to go down to Nicaragua, Honduras and the Dominican Republic, and spending time with manufacturers blending their own cigars, and it those that are successful in producing a great in house cigar. One company that is a prime example of this is Atlantic Cigar Company.

Found by Paul J. Scipioni, Atlantic Cigar Company was founded in the late 1990’s. They now have two great store locations, and are one of the best internet cigar sale site out there; they actually got best online mail order site for the United States in 2005. One of their most recent projects, and yet to be released is La Tribu. I have received some samples of the cigar, and after smoking the first one asked for as much information I could on the cigar. La Tribu is simply translated “the tribe,” and it got that name to honor all of those involved in the making of this cigar. In the making of the cigar Paul worked with some of the best experts of tobacco from Cuba and outside of Cuba, and they studied the production of cigars in and outside of Cuba. There was a lot of trial and error involved in the cigar making process, and they involved traditional and modern techniques along the way. The cigars are made in incredibly small batches, and the emphasis is dedicated to quality and never quantity.

Made in a small and boutique cigar factory in the Dominican Republic, the cigar is rolled in the Cuban method and finished with a perfect triple cap. The cigar begins with a gorgeous Ecuadorian Habano wrapper, that is oily to touch and shows some nice veins throughout. It has a beautiful coloring between Natural and Colorado, and it really possesses those Cubanesque wrapper qualities. Underneath the wrapper is a Dominican binder, and it is then composed of filler tobacco from Nicaragua and the Dominican Republic. The cigars I smoked were a Corona Gorda, and though I do not have the exact measurement, I would say the cigar roughly measures 5 1/2″ and a 46 ring gauge. As I said earlier, the cigar has a great oily wrapper, and there are lovely aromas of spices, barnyard, rich earth and stone fruit.

The cigar starts out showing tons of flavors all over the place. There is a nice bit of stone fruit on the forefront, and I am also picking up some and I am also picking up some cinnamon, clove and light cayenne notes. Along with those wonderful flavors, there is a nice bit of hay, leather and coffee flavor profile, and it is very complex and unique. The cigar really shows so many flavors that are rich and spicy, and also natural and dry at the same time. It is very Cubanesque in terms of the flavor profile, but also very Central American in terms of flavors as well. The strength of the cigar is definitely medium full, possibly even full in body to some. The cigar is burning wonderfully, and it is leaving ash that is light gray in coloring, almost white. Truly a magnificent cigar that produces thick smoke that is perfect for smoke rings. In the second third of the cigar, it continues to show all those excellent qualities, and in no way shows that it is letting up. The flavor profile continues to shows those wonderful spice characteristics, and you can really pick up the cinnamon notes in this third. There is a nice bit of leather, nuts, wood and hay in this third, and also some natural tobacco notes. As to be expected, I am picking up those stone fruit notes from the first third, and there is also some jammy notes as well with that. The wood is really that of oak in this third, and this smoke is amazing. Construction wise this cigar is top notch, and it is still burning perfectly even, and producing a nice light gray/white ash. The cigar strength in this third is more medium full in my opinion, and this whole cigar so far has been the sweet spot; it has been stellar from beginning to end.

I am in the final third of the cigar and the flavors are still stellar. There has been an emergence of toasty notes in this third, and it is pairing wonderfully with those nutty characteristics from the second third. The stone fruit and jammy notes are pairing nicely with the spice notes, and it is definitely full flavored. The finish for the cigar is that of leather, coffee and tobacco, and it is very pronounced and long lasting. The strength is similar to the second third, and is remaining at the medium full level all the way to the finish. The burn remained perfect throughout the whole third, actually the whole cigar, and on the finish I am still holding on to a small ash with a cool draw and still flavorful. The ash was still light gray/white in this third as well, and this cigar just delivered in every category in every third.   In all honesty, this is one of the best retailer exclusive cigars I have had. The cigar really possessed all the great characteristics you could ask for in a cigar, and was one of a kind. The first time I smoked this cigar, I thought it was too good to be true. The second time I smoked it, I was blown away once again, but this time I knew it legit. It was on the third cigar that I realized that this cigar was one of the best I have had in some time. These are cigars that you need to buy a box of, not should, need to. In every category these cigars were top notch, and that is hard to get in a cigar. It is a cigar that is Cuban and at the same time not Cuban at all. I have smoked cigars that are a combination of Cuban and Nicaraguan tobacco, and they were fabulous, and this cigar was very similar to those. I see this cigar as the future of possibility. I envision cigars that are composed of tobacco from the best growing regions in the world be like this. Yes there are cigars composed of tobacco from lots of places, but not every place. I give this smoke 95 points; truly amazing.