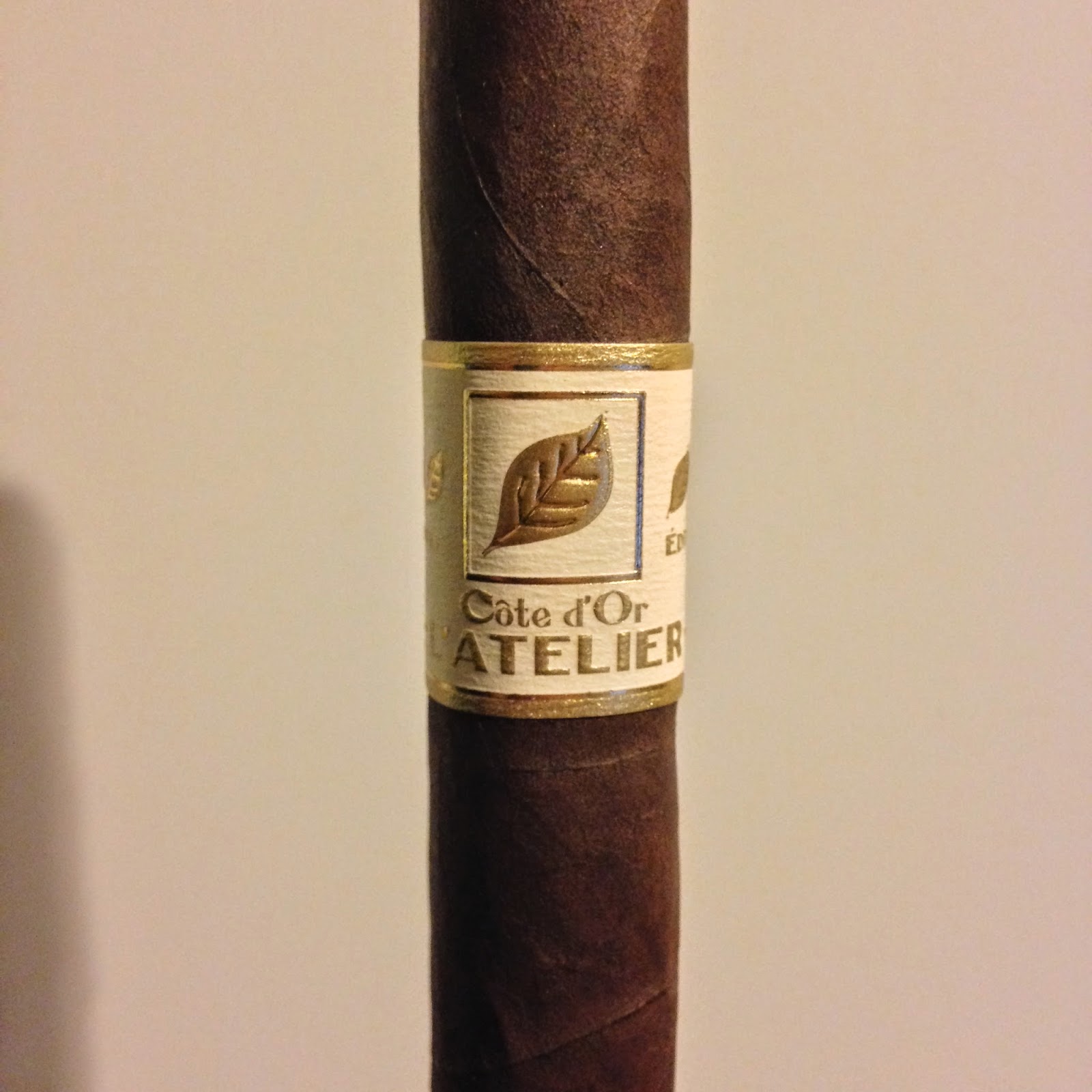 At the 2014 IPCPR, L’Atelier Imports teased attendees of the show with an upcoming release for the 2015 year. The cigar was called Côte-d’Or, and information given at the time was that it was blended with Pelo de Oro and that it would be a soft pressed Churchill. The cigar received its name in honor of the well known department in France, and that department lies in the province of Burgundy. The department of  Côte-d’Or (translated as Golden Coast) produces some of the most respected and highest priced wines from France, and the praised Domaine de la Romanée-Conti lies within Côte d’Or. The famous grape from Burgundy is Pinot Noir, and Pete Johnson announced that the intention of this release was to put Pelo de Oro side by side with Pinot Noir. Both are rather difficult to maintain/grow, and while both have a low yield, what they do harvest is great. With Côte-d’Or being translated as Golden Coast and Pelo de Oro being translated as Golden Hair, it seems only fitting that they be counterparts, so today we see if the L’Atelier Côte d’Or matches a fine red Burgundy.

Côte d’Or is a Churchill, and it measures 7″ with a 47 ring gauge. It comes in ten count boxes,and a total of 2,100 boxes were produced. The cigar’s wrapper is the same leaf that is seen on the L’Atelier Selection Spéciale line, and it is a higher priming Ecuadoran Sancti Spiritus leaf. As we all know, Sancti Spiritus is a hybrid seed of Criollo ’98 and Pelo de Oro, and it is a seed that is grown for the Garcias in Ecuador while also being grown by the family in Nicaragua. Underneath that is a Nicaraguan binder and filler blend, and Pelo de Oro tobacco is being used in the filler blend. A beautiful Churchill that has a soft press to it, the Côte d’Or has a cap that is very discrete and does not show those triple caps as clearly as usual. The cigar has a lovely coloring of Colorado maduro, and it has a nice chocolate vibe to it. The wrapper is smooth, showing few oils, and is firm throughout. The wrapper has a strong aroma, and it is an aroma that shows strong earth, tobacco, and some green notes along with that. The foot has a similar aroma, and it is giving off an aroma of rich earth, spices, and matcha. 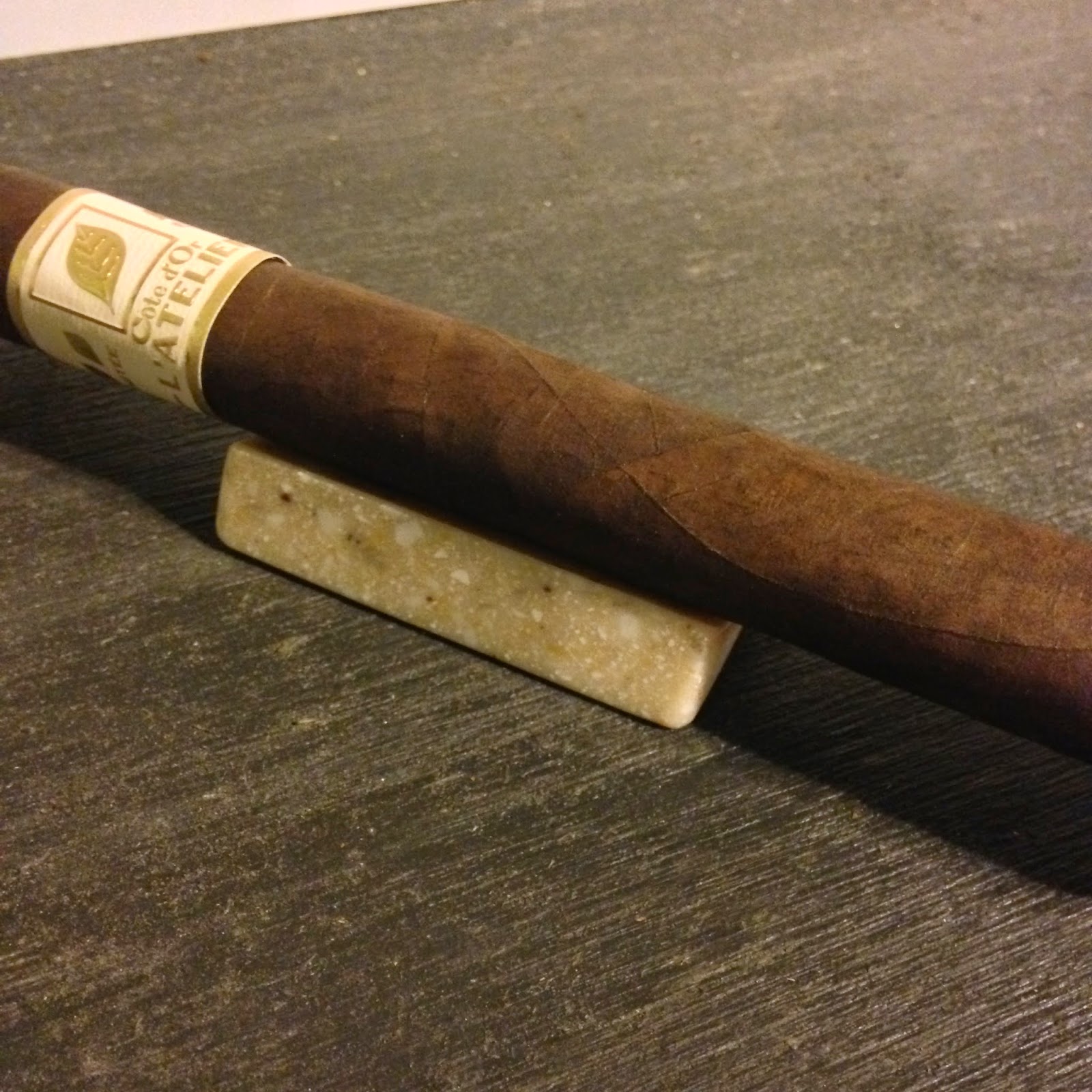 The cigar begins by showing some really strong spice notes, and it has some cured meat and tobacco qualities present with that. There is that matcha/green tea flavor present as well, and it has a powerful raisins, fruit, and oak finish. There is a young quality to it, and at times it is showing a flavor profile that is present with a red wine that has some nice tannins. The cigar has excellent construction and it is showing an even burn line with a firm charcoal ash on the end. The ash has a lighter coloring overall, and with each draw is a nice bit of smoke being produced. The draw is cool overall, and the cigar is producing a long finish. I would classify the cigar as being medium-full for body, and the strength is just south of that, but above medium. So far, it has a nice beginning, but the second and final third will be important. 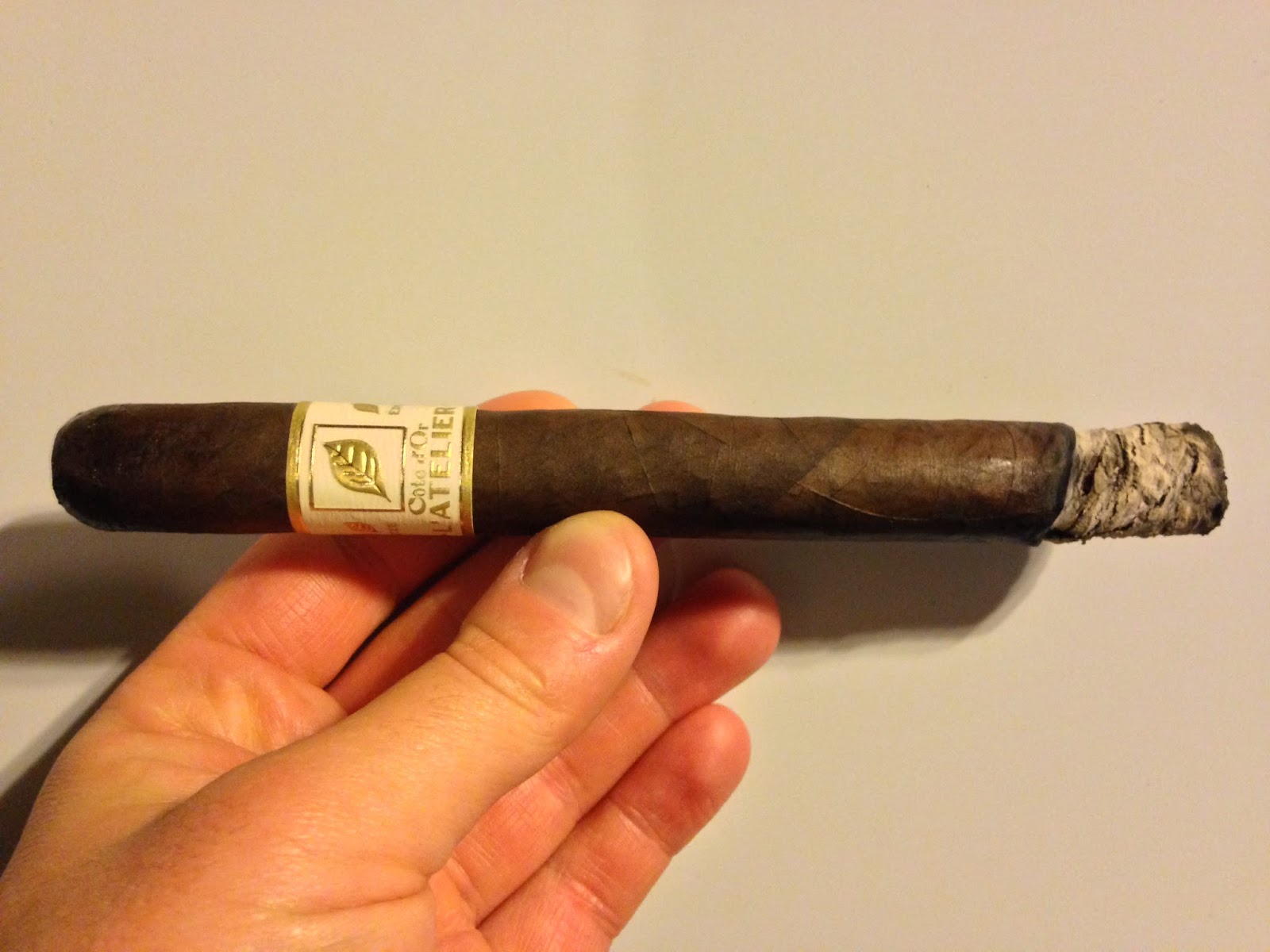 I am in the second third of the cigar now and it is growing in intensity. The flavors are very pronounced, and when they hit the palate they hit it strong. It is delivering some strong oak and red wine notes, and it has a nice spice, pepper, and young tobacco quality with that. There is a nice chewy quality as well, and with that is some meaty and fruity notes. To me, it is young and strong now, but with some age it has the potential to really be elegant. The construction is solid throughout the second third and it is continuing to show that solid charcoal burn line with that soft light gray color ash on the end. The draw is cool, producing a nice bit of smoke, and the smoke lingers on my palate and in the air around me. I would say that the cigar is now smoking at a medium-full level for both body and strength, and it has shown some nice growth. 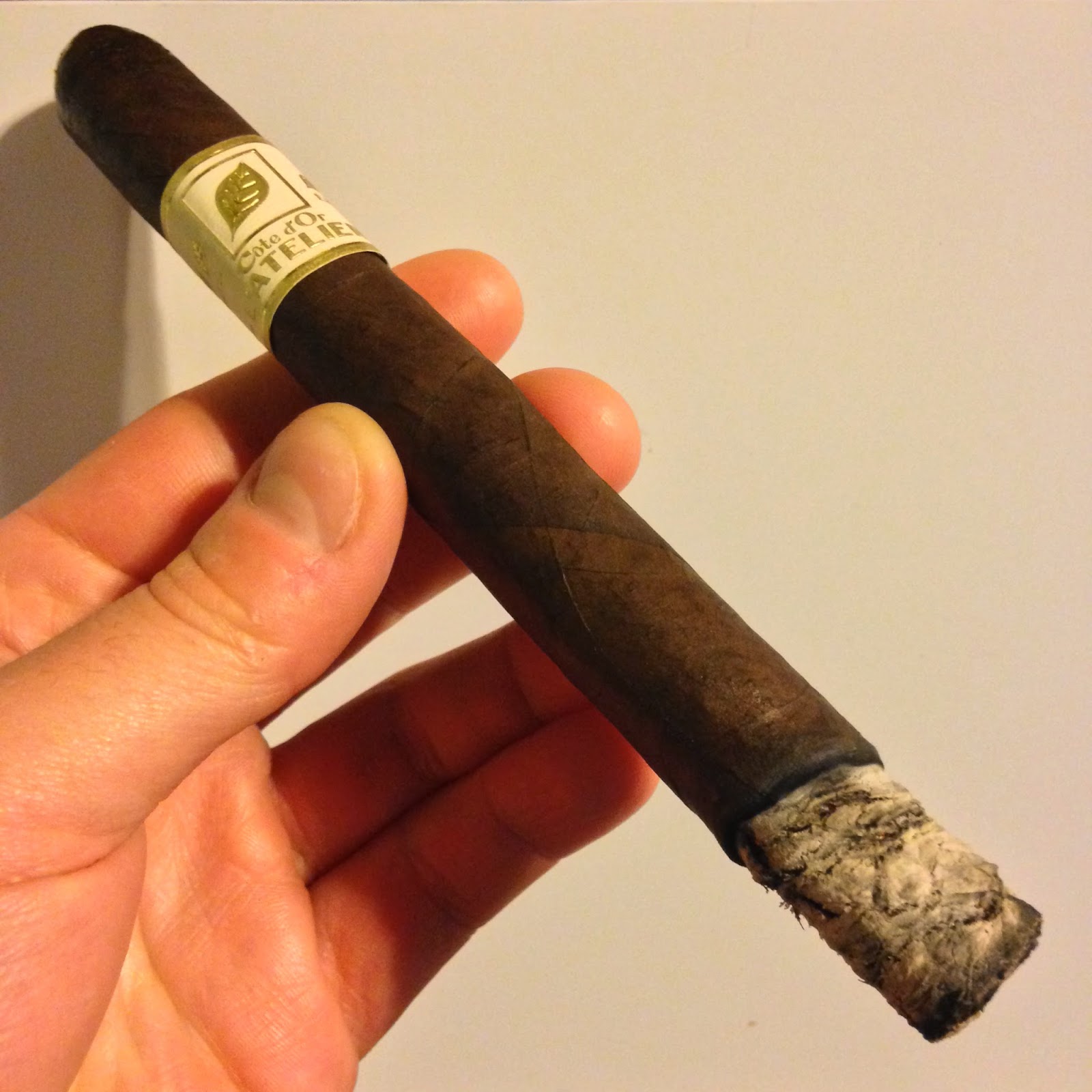 When I get into the final third, I find that the flavors show some transitioning from the first and second third, and it is providing a nice closing flavor profile. It is delivering some rich earth notes and it has those strong oak qualities with that. I am getting  hints of cocoa present as well, and it has a tobacco quality with that before showing a slight match and meaty finish. It is a nice closing, and it remains flavorful and balanced to the nub. The construction remains top notch in the final third and it is showing that charcoal ash on the end with a solid burn line. The draw is cool, giving off a nice bit of smoke, and it is a great way for the cigar to finish. I would say that the strength of the cigar is at a medium level now, and it has the body remaining at a medium-full which pairing perfectly with the flavors presented. 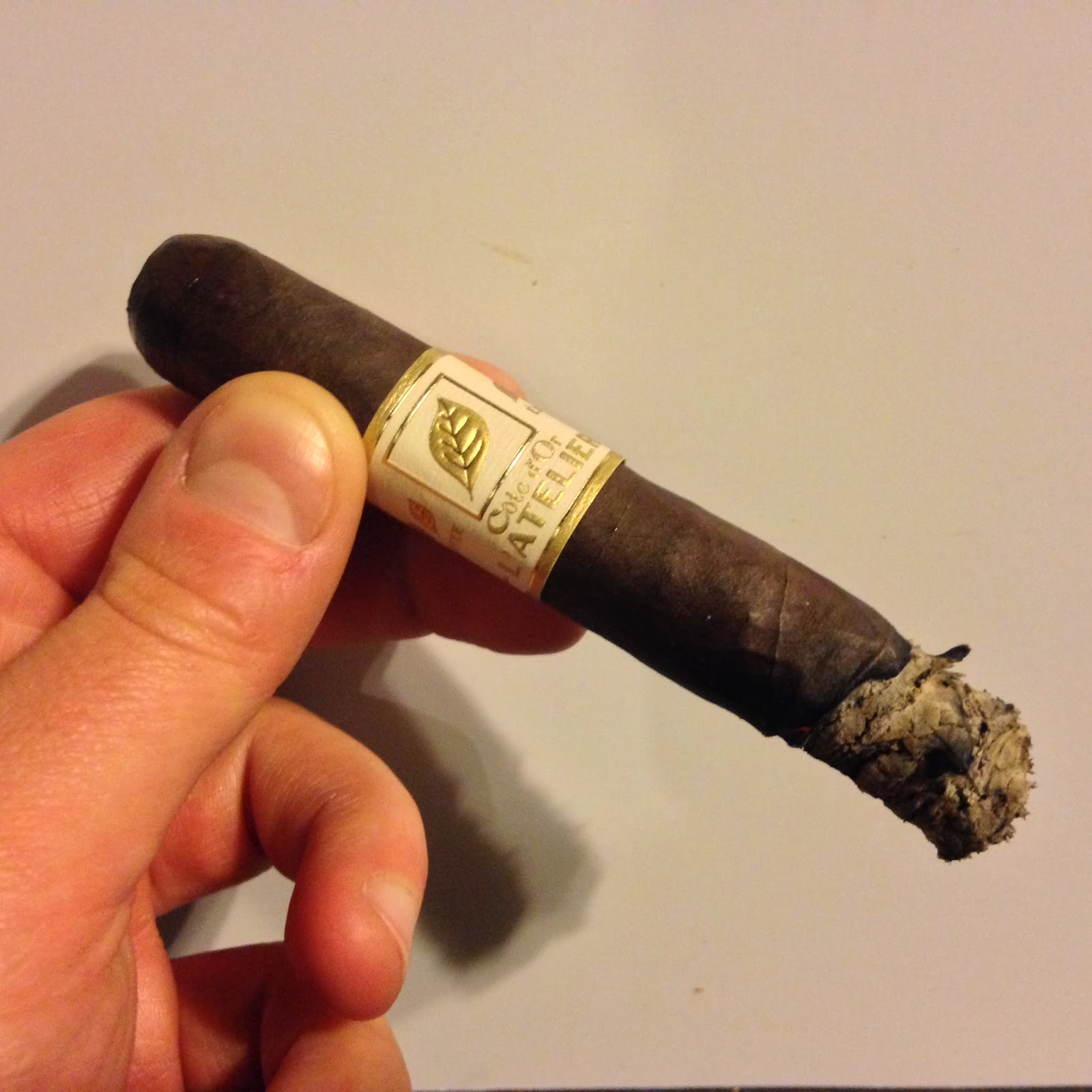 Côte d’Or is a solid release, and like some great wines, it needs to breath and have some age on it before it really opens up and shows its true greatness. The cigar smokes well right now, but I believe it to be a blend that will excel with some aging time. I think with some time in the humidor at a lower RH level, and then some dry-boxing, the blend will mature and show its greatness. I enjoy the flavor profile and some characteristics delivered, and it showed great transitioning throughout each third. The construction was fantastic from beginning to end, and it had a nice body and strength level to go with the cigar flavors. I believe the L’Atelier team has done a great job using the Sancti Spiritus leaf, and they have been able to show the wrapper in a new way each and every time. Like the L’Atelier Selection Spéciale releases, this is a blend that does well for me with age, and I look forward to smoking the Churchill in a year. If you are going to make a limited edition release, do it in a great size, and that is what they did here. I am giving the cigar a solid 88 now, but I look forward to smoking this cigar in the Fall and even more so, next Spring. 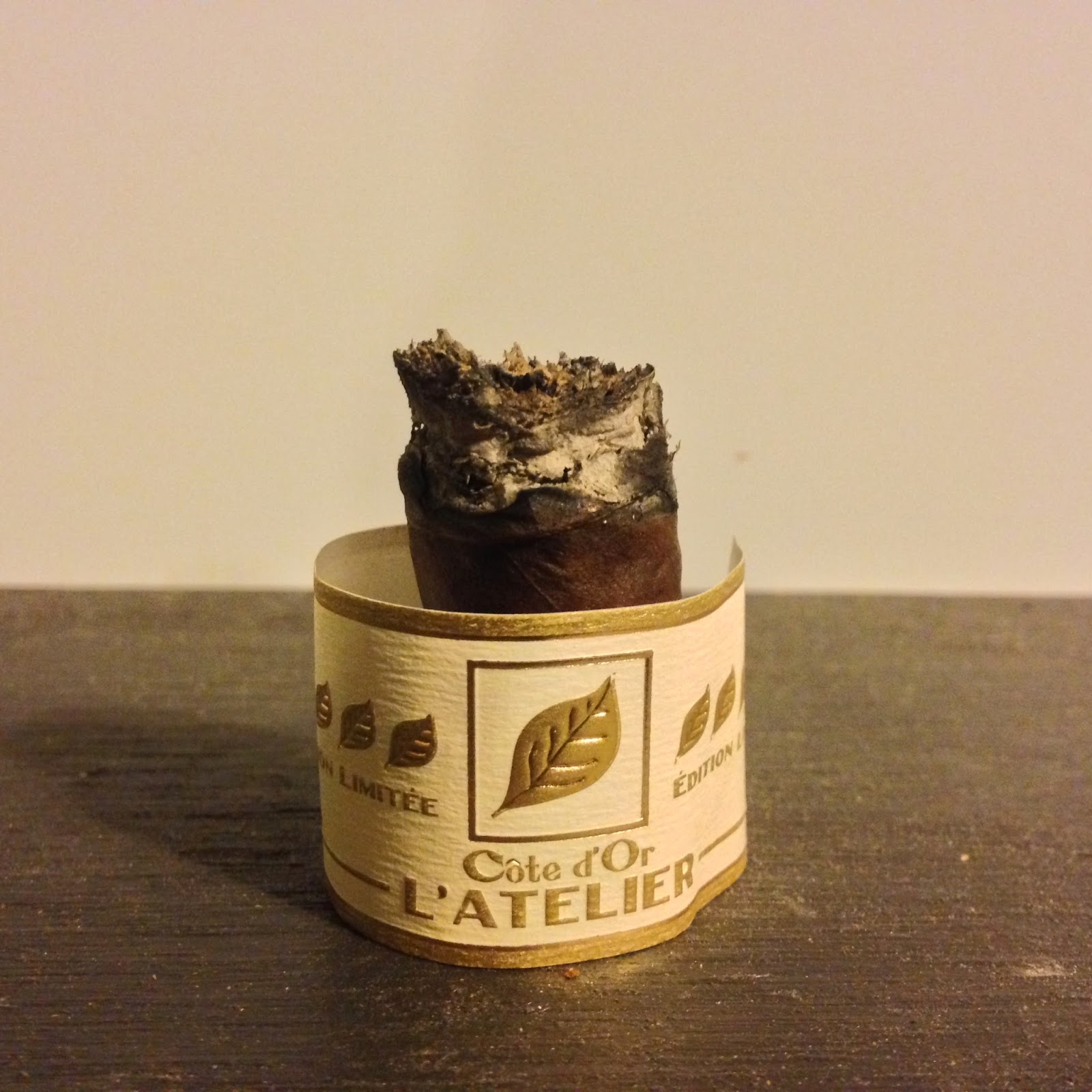 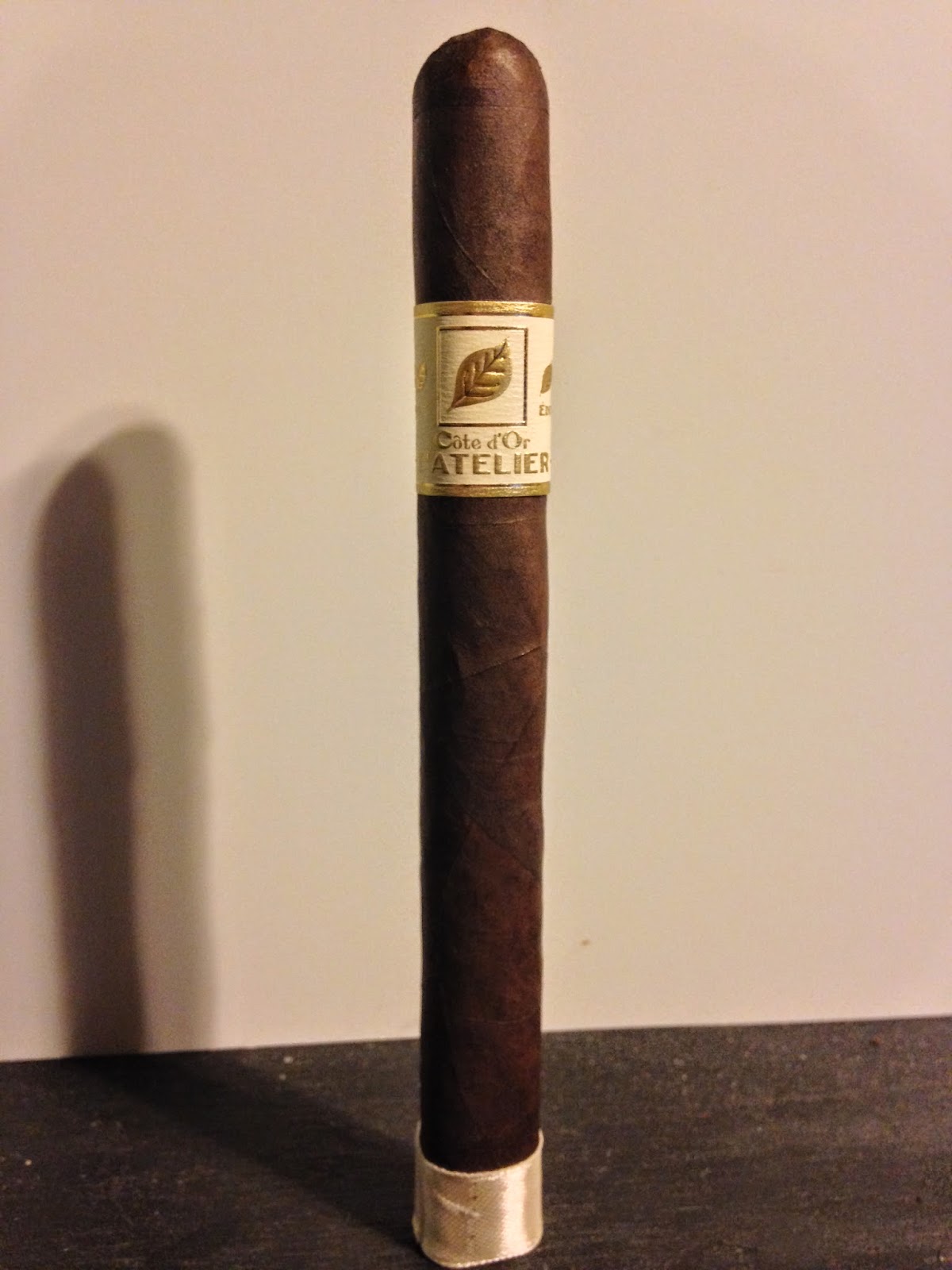