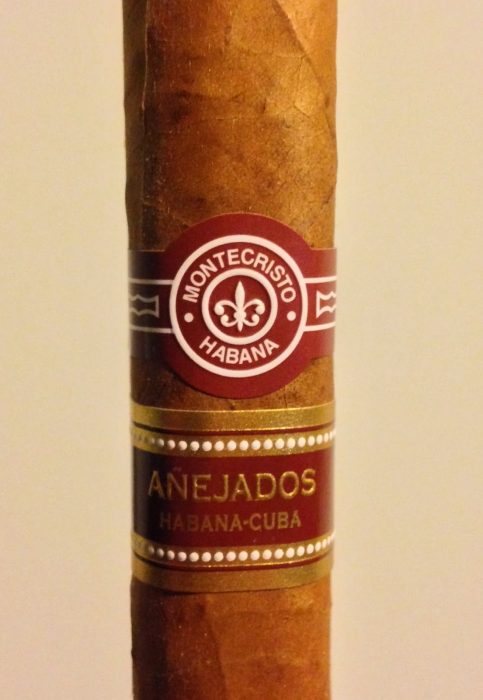 In December of last year, Habanos S.A. announced a new vision and concept, especially for Habanos S.A., and it was called Añejados. It can be translated as Aged Habanos, and the idea behind is that Habanos S.A. would be releasing aged Habanos, something they don’t do. These Habanos are between five and eight years old, and they have aging in Habana all that time. The releases would be limited to two Global Brands, and those brands would be Montecristo and Romeo y Julieta. The vitolas would be existing vitolas, and what makes these releases even more interesting is that the vitolas used in each brand are popular vitolas for the opposing brand. The Montecristo brand would have an aged Julieta No. 2, and the Romeo y Julieta brand would be receiving a Pirámides. Brother Catfish recently reviewed the Romeo offering, but today I look at the Montecristo Churchills Añejados.
The Montecristo just recently began arriving in stores across the world, but the Romeo has been out for a little while now. Like the Romeo, the Habanos have been aged between five and eight years, and the blend is composed of only Vuelta Abajo tobacco. A majority of the Habanos for Añejados I have seen released are from 2008, and that is right around 7 years of aging. The Montecristo Churchills Añejados has a lovely press to it, and measures 178 mm (7.0″) with a 47 ring gauge. It is finished with two bands, an older Montecristo band and the new Añejados band. The Habano has a great press to it, and it is showing some veins throughout the entire smoke. The wrapper is applied well, but you can see where it has been stretched in applying it on the Churchill. There is a solid triple cap applied to the smoke and the wrapper is silky and smooth in texture. It has a nice coloring to it, and it has this light Colorado coloring, showing some Natural qualities as well. The wrapper has an aroma of barnyard, hay, and strong manure, and the foot is showing some qualities of barnyard, wood, and floral notes. 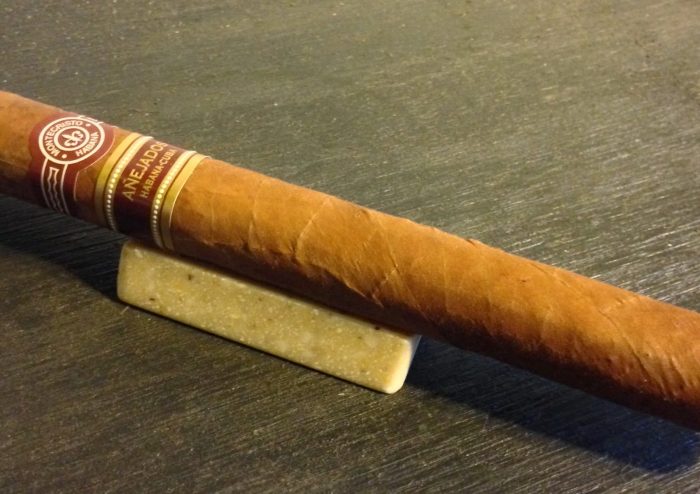 The first third opens up by showing some classic Montecristo spice notes, and it is accompanied by some mineral qualities that are showing some lead like flavors. There are some strong espresso grind flavors present with that, and it has some cinnamon and faint dark chocolate powder flavors present on the finish. While you can tell the Habano is aged, it still has some strength and body to it, leading to the conclusion that it was initially quite strong. The construction is fairly solid thus far and it is showing a nice burn line with a solid dark charcoal ash on the end. There is a tight draw to the Habano, something I care for, but it is giving off a cool draw with a nice light bit of smoke. I would classify the strength as being medium overall, and the body is right there as well. So far, a lovely Habano that is slightly different from the Montecristo brand, and I look forward to the second third. 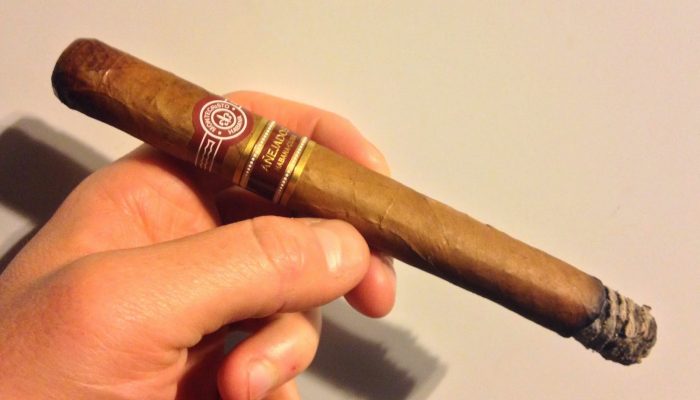 I am in the second third of the Habano now, and I am finding that it is showing some softer and more classic Montecristo flavors. It is giving off a nice creamy quality overall, and it is showing some espresso grinds and semi-sweet chocolate flavors. It has a nice smokiness, with some pepper notes, and it has a finish that is showing some cedar and tobacco qualities. Overall, I would say that it is smoking around a medium level in terms of body, and the strength is right there as well. While it is similar in that sense to the first third, overall it see s much softer. The construction is great in this third as well and it is showing an even burn line. That draw is slightly tight, and it is giving off a nice bit of concentrated smoke on the palate. The ash has that dark charcoal coloring to it, and it is holding on firmly to the end. 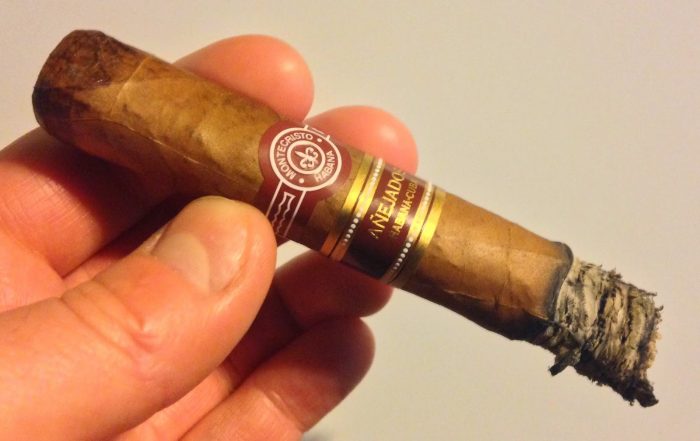 The final third shows a lot of the qualities that were present in the second third, and it is showing some espresso, cream, and chocolate powder qualities. There is a cedary and oaky like quality present as well, but the spice notes have faded away. In some ways, I feel like the finish is incomplete, and lacking, and I think that has to do with that fact that this Habano needs some resting time in a humidor and to be at a lower RH level. I know they are aged, but with how they were blended, or how I felt they were blended, it is still “young.” The construction remains top notch in the final third, and it is showing an even burn line with a nice dark charcoal colored ash on the end. The draw is cool, and it has a fairly long lasting finish on my palate and tongue. I would say that the Habano is smoking at a medium level in terms of strength and body, and it has been consistent in those ways. 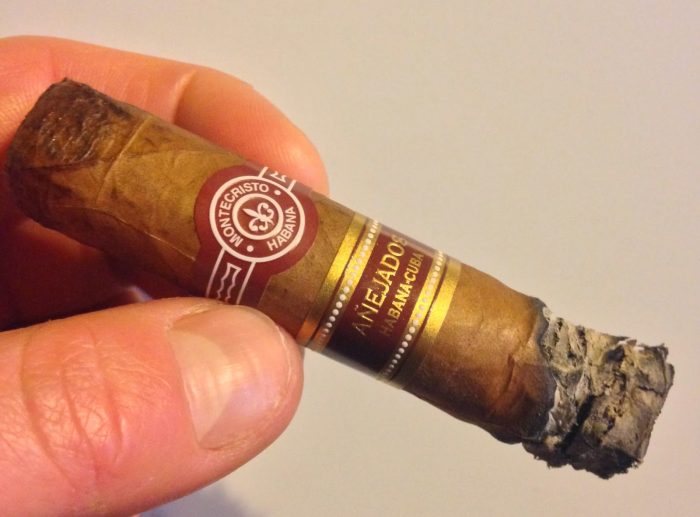 To me, this Habano is still young. Catfish and I talked about the project and the conclusion that was generated was that they were rolled stronger overall, so that with five to eight years of aging they would be perfect to smoke. Because of this, in some ways they are smoking like a regular production Habanos but in a new vitola. There were some unique qualities to the Montecristo, it was not showing the regular brand traits, but I think if this was rolled in the manner that all regular production Montecristos were rolled, you would have a better Habano than you do right now, and an incredibly aged one with that. With that being said, I enjoyed the Julieta No. 2 for what it was, and was happy to smoke a great line in one of my favorite vitolas. The flavors were solid throughout and it had a nice body and strength level with that. Would I smoke this over any of the regular production Montecristos, Petit Edmundo or Petit No. 2? Most definitely not, but I am glad I have had the opportunity to smoke and review this Habano, and I look forward to more aging. Right now, I am giving this a rating between 87 and 89, and I think with additional years of aging it will be closer to being between 92 and 94. 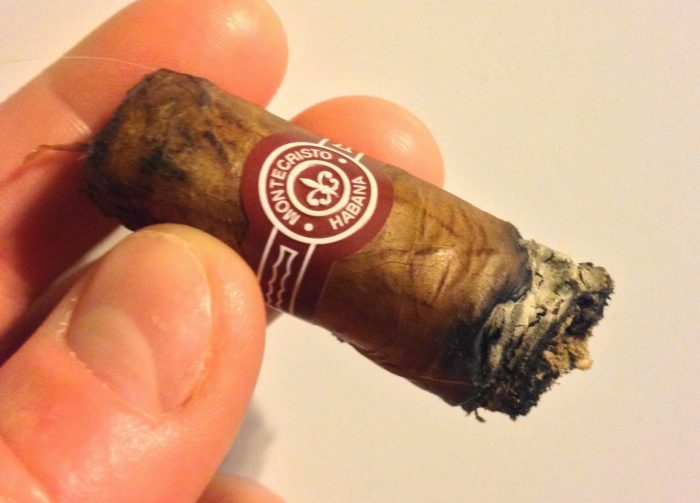