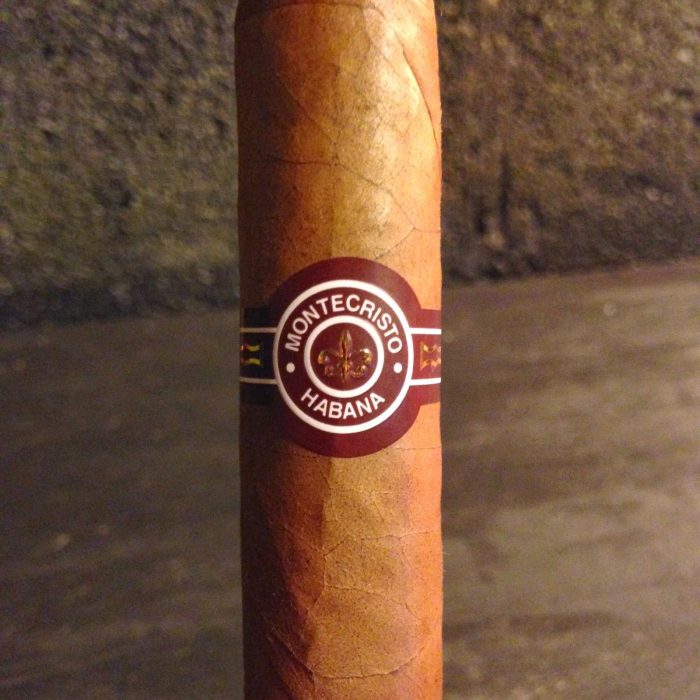 Released in 2013, the Double Edmundo is one of the two newest vitolas added to the Monecristo brand. It was released with the Petit No. 2 and both were brilliant release if you ask me. The Double Edmundo is a release that takes the brand to a new level and has now given the brand a large offering that is similar to the Magnum 50 in the H. Upmann brand and is a release that speaks to a lot of today’s smokers. Along with that, they now have some vitolas which are mimicking what Romeo y Julieta has done with the title Churchill. I don’t know if there are any other Edmundos in the works, but it would not be surprising if there were and they offered a new and unique offering bearing the name Edmundo. But enough of the future, let’s look at the Double Edmundo.

The Double Edmundo is a robusto extra in definition and it measures 155 mm (6.1″) and has a 50 ring gauge. It is available in three packs, ten count and 25 count boxes, and thus makes it a release that is easy to get. It is composed of all Vuelta Abajo tobacco, and production is coming out of the H. Upmann Factory in Habana. The Double Edmundo is beautiful in hand and has a lovely triple cap applied to the Habano. It is very silky in texture and shows no major veins throughout the entire Habano. It is firm in hand and this is a well made Habano. The coloring is right at a level between Natural and Colorado, and it is a great looking Habano. It has an aroma that is showing some nice spiciness and it has some sweet cocoa qualities present as well. There are touches of tobacco and marshmallow present on the foot as well and the wrapper is showing some cedar, tobacco and hay qualities. 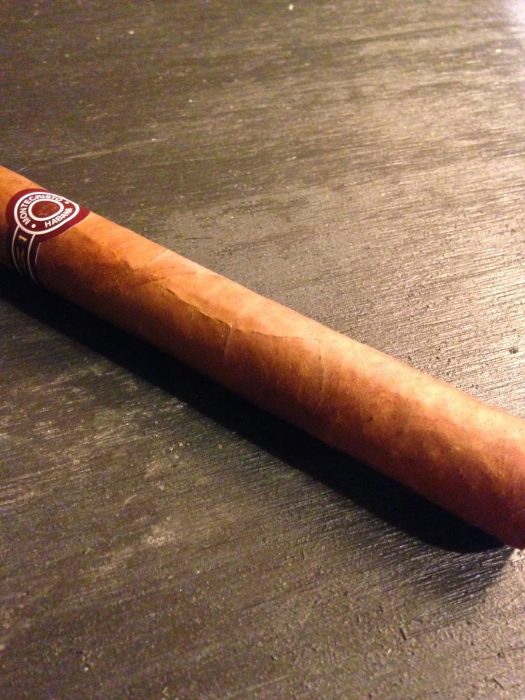 The first third opens up by showing some typical young Montecristo flavors. I am getting that great cappuccino flavor profile with the Habano, and it has a nice smokiness present as well that is accompanied by some lovely spices. There is a touch of cocoa present as well on the finish, and it has some nutty and toasty notes as well. It is very smooth and it has a nice creamy quality overall. Is this my favorite Montecristo? No, but it is young and needs more time to mature. The construction overall is solid though and it is producing a lovely brown charcoal colored ash that is firm on the end. The burn line is a little off, but it is nothing major and I am getting a cool and smooth draw that is producing a decent amount of smoke. I would classify the body as being medium to medium-full and the strength is at a medium level overall. 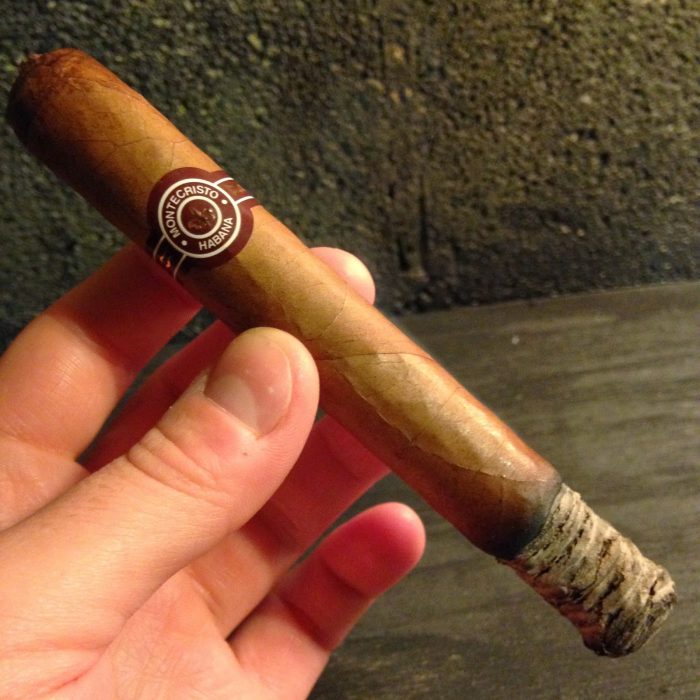 As I move into the second third of the Habano I find that the flavors are growing and becoming more bold at the same time. The spice notes are much more present and they are paired with that smokiness that is well known in the Montecristo brand. There is a creamy coffee like aroma on the finish and it is a nice second third to follow up the first third. The construction continues to perform wonderfully and it is showing an even burn line with that lovely charcoal ash on the end. The ash is holding on firmly and it is producing a great amount of smoke. The draw is perfect for me and for being a large offering, it is smoking great. I would classify the body as being around the medium to medium-full level, and the strength is right at a medium level. I love how the Habano has grown in this third, and I look forward to seeing how it finishes. 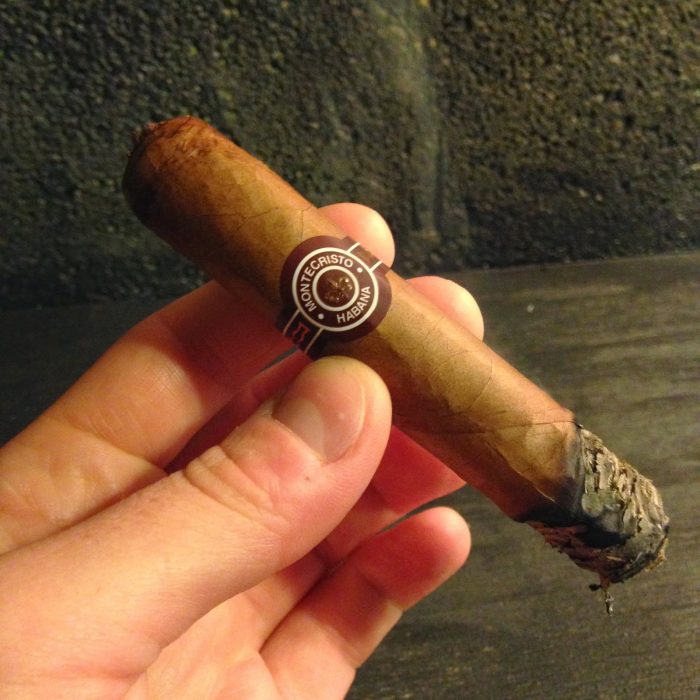 The final third show a return of the flavors that were present in the first third and it is producing a flavor profile that is showing those cappuccino, cream, toast and smoky notes. There are some nutty qualities present as well, and it has a soft spice finish that is present with the brand and you can tell this is a young Habano overall. I think it will get better with age, but right now it is very enjoyable. The construction continues to be top notch and it is showing an even burn line, a nice firm charcoal ash and a nice bit of smoke with each draw. The final draw is cool and it closed by showing some cream and nutty qualities. I would classify the Habano as being a medium body smoke overall in this third, and the strength is right there as well. It is a nice finish and I liked that it took it back a notch overall. 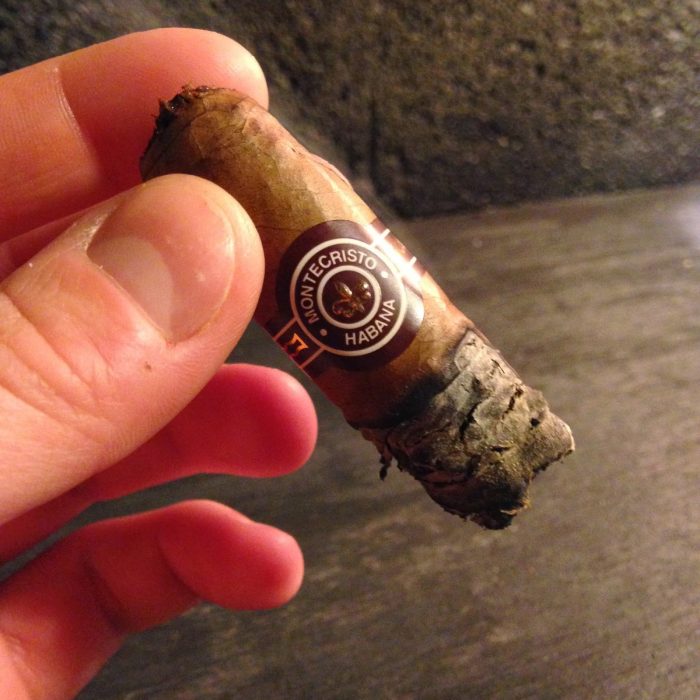 I enjoyed this Habano and while it is not my favorite of the released in the Montecristo brand, it is a decent one. It is similar to the Edmundo in my opinion, just larger, and I would have preferred if it was more similar to the Petit Edmundo. The robusto extra is an offering that Habanos can do a good job with, but overall I tend to go for other offerings. I think overall I would not gravitate towards this offering, there are other Montecristos that I prefer, but this is still a solid release and one that is doing well if I am hearing correctly. I think Catfish will like it more than me, but that is because of what is delivered overall. Looking at the 2013 releases overall, the Petit No. 2 is the better of the two, but overall I am glad that they are adding on to the brand and really pushing Montecristo. It is a great brand and one that should received the positive attention that it deserves. Right now, I would classify this smoke as an 88 to 90 rating, but in time it will get to be a 90 to 91, maybe higher with some more age. 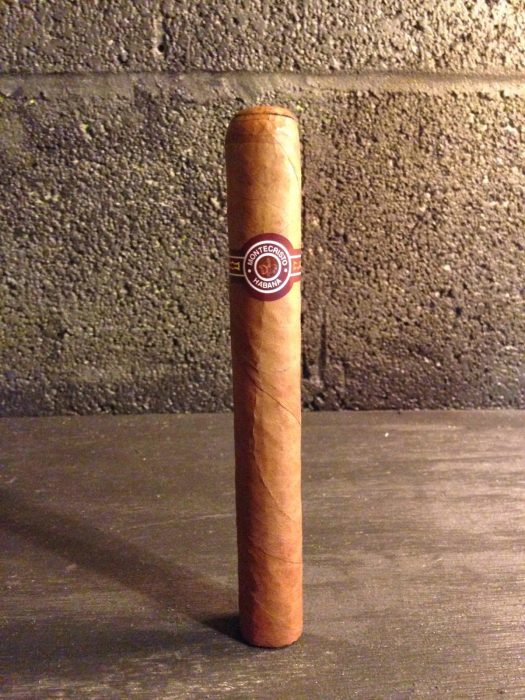