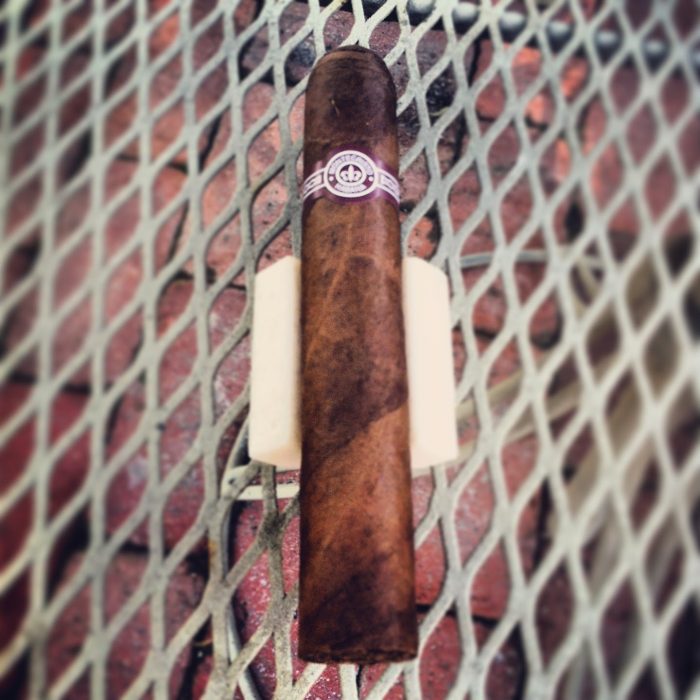 This was my first attempt of pancaking two reviews into one as a vertical tasting, with two given Habanos with differing ages that are significant enough I should notice changes in profile.  I came up with the concept to give smokers an idea of the changes that take place in cigars from this region, as the tobacco is generally not aged.  My experience has been the differences are often dramatic over long periods, and that the subtle nuances develop in different ways with age.  I have included a picture of both side by side as well to see the difference in wrapper hue, as well as a fake band for comparison.

2010 Prelight: Oak, nutmeg, and a distant hint of cocoa powder.

2010 First Third: The cigar started out as a total flavor bomb with many notes presented to my palette early on. Oak was definitely there and sat on the roof of my mouth providing a long pleasant finish.  With only 1-2 puffs, this note was drawn out in the back of my mouth and lingered for considerable time. The retro had the nutmeg note, similar to cinnamon, but a tad more bitter in a way and it almost reminded me of the earthiness of cumin.  The first ten minutes are definitely a full flavored experience, while the dried cocoa powder note starts to develop on the roof.  As the cocoa developed, the oak subsided a bit but remained as the long finish note in the back of my mouth.  At times, vanilla bean was there, but not enough for consideration.  The retrohale had the typical cedar tail at times of most cigars, but alternated with the oak note providing a long complex retrohale as well that burned at times, and mellowed in between draws. 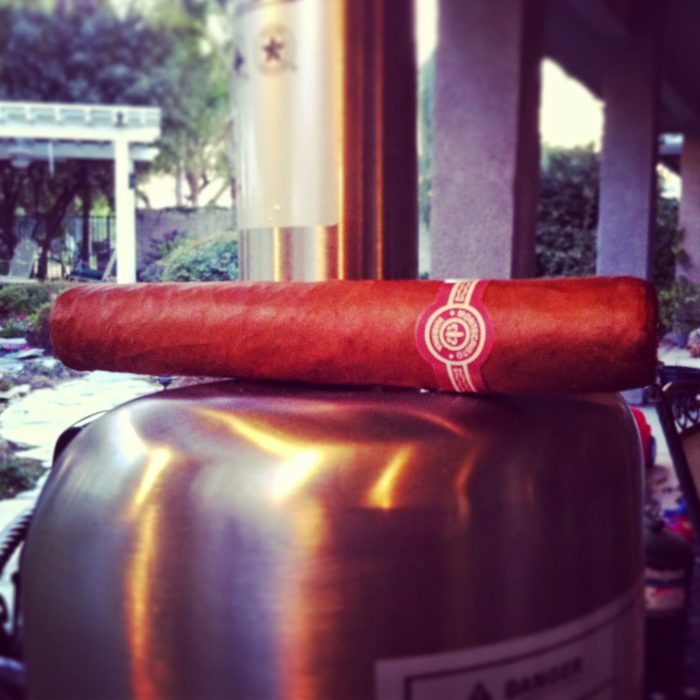 2005 Prelight: the dry draw was very spicy, leaving red pepper on my tongue.  The finish was very quick and hard to pick anything specific out.  The wrapper is distinctly lighter brown then the 2010.

2005 First Third: The retrohale was immediately powerful providing the red pepper burn with a cedar tail on my nostrils.  The finish in my mouth was all cedar sitting on the roof, but not the back of my mouth.  The pepper lingered on the tip of my tongue without overpowering my palette. As I worked through the first third, I found a vanilla bean note and a bitter nut I likened to pine nuts.  This actually reminded me I need to make a pine nut pesto soon as it has been too long.  I was truly amazed at the strength and power of the profile, but the notes quickly hit the tip of my tongue and lingered on the roof of my mouth without ever settling in the back of my mouth.  I found that characteristic of the finish unique and a distinguishing factor of an aged habano.  The pepper subsided on the retrohale and the vanilla took over, but only on the retro.  The finish in my mouth ended with pine nuts, cedar, and sugary red pepper likened to a fresh red bell pepper as the power of the spice subsided. 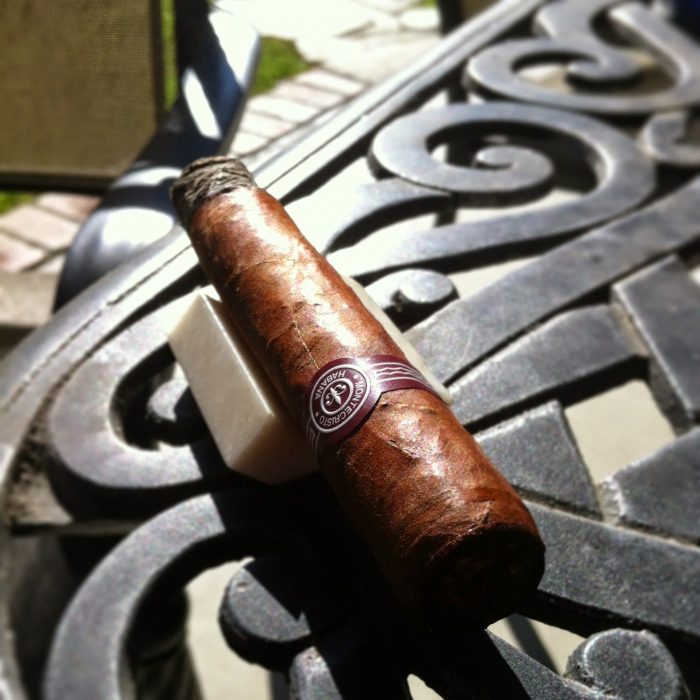 2010 Second Third: The profile became much creamier, with the oak and cocoa notes dominating the profile at this point.  When I first started reviewing, one of the things I judged a cigar on, was the sweet spot, and this was a prime example of what a sweet spot is.  The creaminess of the smoke really brought out the two notes and defined them well, which I personally regard as the Montecristo profile.  Some folks might describe it differently, but we all know it when you hit it.  I spent the majority of this third enjoying the interplay of the two notes and admired how long the finish sat on the roof of my mouth and lingered in the back. 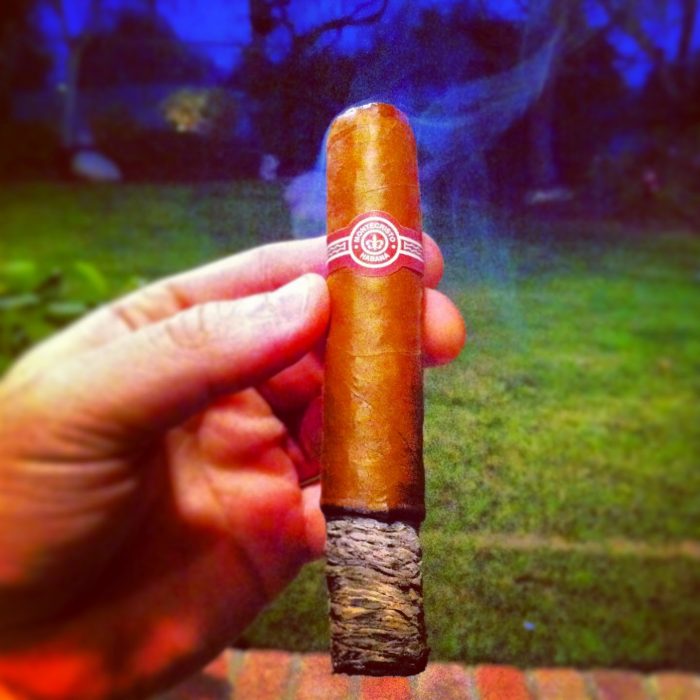 2005 Second Third: The overall profile mellowed and the cedar moved towards the burnt oak note I mentioned in the 2010 review, but much more subtle, and less distinct.  The pepper and spice had left all together, with a creamy draw providing a pleasant change.  Vanilla bean became faint, along with the pine nuts, while hints of leather and grass enveloped the creamy draw.  Towards the end hints of cinnamon started to enter the retrohale, and I wished I could have grabbed a latte to compliment as I felt the profile begging for it.  By the end of this third, the profile had distinctly changed in strength and flavor towards the oak, grass, and leather. 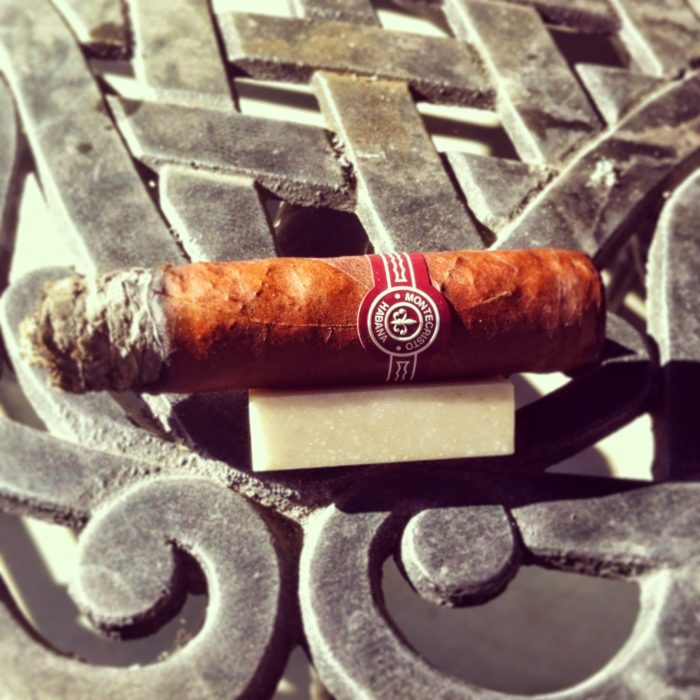 2010 Final Third: My intial notes point to a butter note, that reminded me of Domincan tobacoo, and you might have fooled me at this time if someone told me it was a Quesada cigar.  Cedar became prominent on the tip of my tongue, as well as a grassy note, and the overall profile become full bodied and much stronger.  I detected some bitterness, possibly due to the age, and the tanginess of a mild green pepper such as an Anaheim.  The oak profile was very strong and reminded me of my time spent in Santa Maria, known for their oak smoked tri tip and pork.  The cocoa note subsided, along with the creaminess of the smoke, and the finish was a little harsh at this point suggesting a good pair would wash the palette. 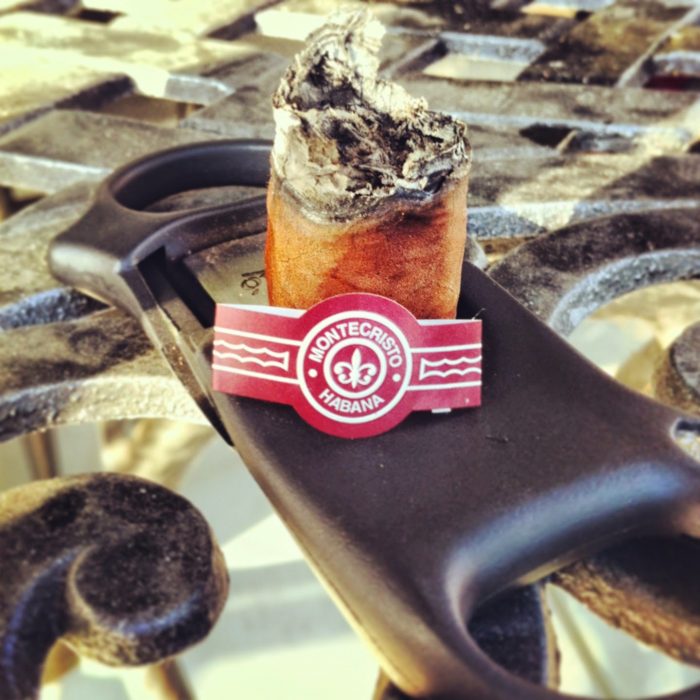 2010 Final Thoughts: The finish of oak was strong at the end of this cigar and there are definitely two significant changes that take place in between the sweet spot.  Being a fan of Habanos, I am interested to see what changes might take place in those two spots when I fire up the 2005.  As I finished typing this an hour later, the oak note was still lingering on my palette with no fatigue whatsoever and inspired me to BBQ for dinner. 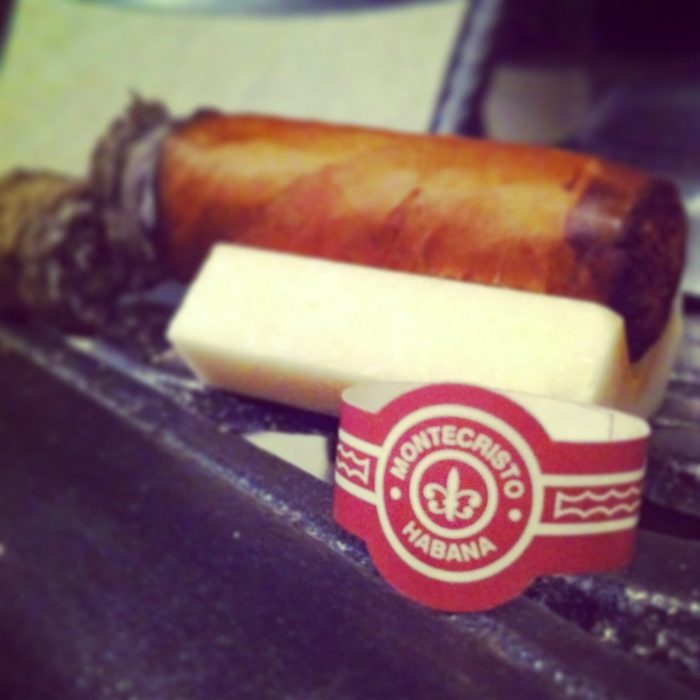 2005 Final Third: At this point, I would say the Edmundo was extraordinary…  The profile changed yet again, into another cigar all together with cream, cocoa, oak, cinnamon, and brown sugar.  My notes said, “this is how a cigar should end.” The retrohale stayed very smooth, almost nonexistent, with hints of all of the above notes dashing in and out of the profile with no burn.  I began smoking a bit faster, and the finish started to make its way to the back of my mouth, with each note masquerading in and out of my mind providing an extremely complex experience.  I felt like I had smoked three different cigars at this point with a finale likened to fireworks on the 4th of July. As I grabbed a toothpick to finish the Edmundo, the leather became prominent and at the nub the red pepper picked up right where it started leaving a ton of spice on my lips. 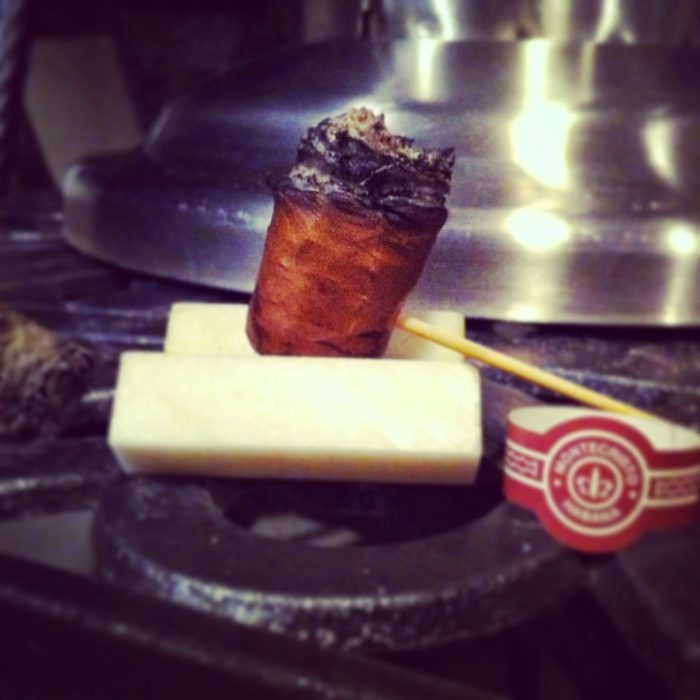 2005 Final Thoughts: Three distinct changes took place during this Edmundo and the power of the spice was surprising at times.  Many notes dominated the profile, but none overpowering enough to make it one-dimensional.  I usually wait for 10-15 minutes before I note a flavor, and at times go in the house to verify.  I have experienced many aged habanos during my time in this hobby, but sitting down and reviewing one allowed me to note a significant difference in how the flavors present themselves to the palette and sit in your mouth.  Normally, most cigars leave part of their flavor profile in the back of your mouth and allow your saliva to wash the flavors around your palette.  The 2005 Edmundo was much different in the power was quick and specific, while the lingering effect was long and light.  The tasting notes left on my palette were much lighter, yet more distinguished.  It reminds me the difference between say Jimi Hendrix assaulting your ears with a flurry of doom, while Albert King leaves the same notes through distinct impressions and bends searing into the atmosphere.  Once again, after typing this review up, I still have a wonderful oak finish in my mouth. 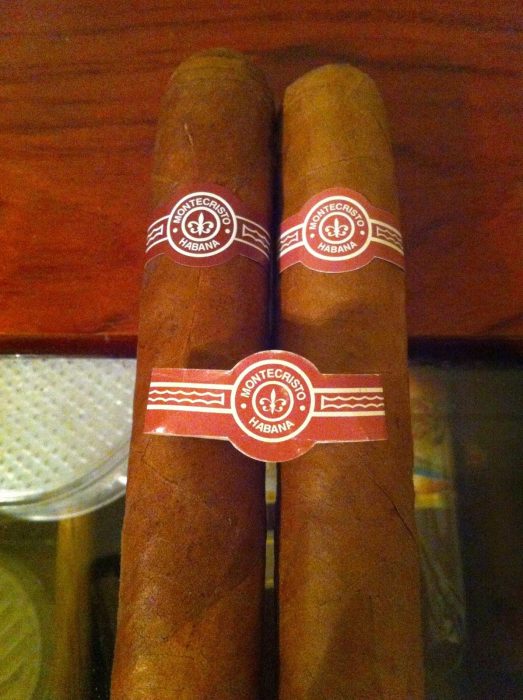 Final Final Thoughts: These were two distinctly different cigars and I rather enjoyed both for different reasons.  Granted, the 2010 was not as complex and the finish was not nearly as clean looking back, but it had a distinct body that I found rather enjoyable.  I am surprised in comparing notes, that certain flavors were not present in each one, while others found their way to my palette in both.  It seemed as some notes existed in different thirds as well, suggesting the age played a role in where the oils married and how they presented themselves.  The biggest difference was how the finish sat in my mouth and palette.  The strength of each presented itself in different ways in regard to the finish.  I very much enjoyed reviewing in this manner and look forward to doing this again.