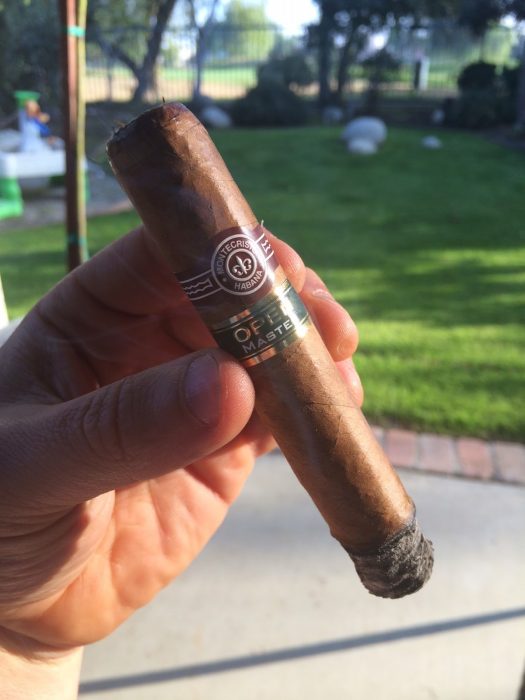 The Montecristo Open Series, is one that I seem to find myself always looking at, but never pull the trigger on. Recently a good friend grabbed some singles on an order, and tossed one my way. Feedback seems to be mixed on the Open Series, as some folks really enjoy them as a milder Montecristo, others tend to remark of them as trash. A polarizing cigar if you will, I was stoked to get down to business. The Open Series began as a milder series, originally supposed to be called the Sport series, and aimed as an outdoor cigar for the sports enthusiast, mild in nature. There are four sizes in the Open Series, the Regata, Eagle, Junior, and Master. For this review, I am taking a look at the Master, a Robusto sized cigar 4.9x50rg, lit up in the afternoon right after work.

First Third: The dried fruit detected in the dry draw hit the palate, but not overwhelming. The nose had a distinct cocoa flavor, as well as the resting aroma, with a touch of dried cedar.  I must admit, the Open Master, is one of the milder Habanos I have experienced. 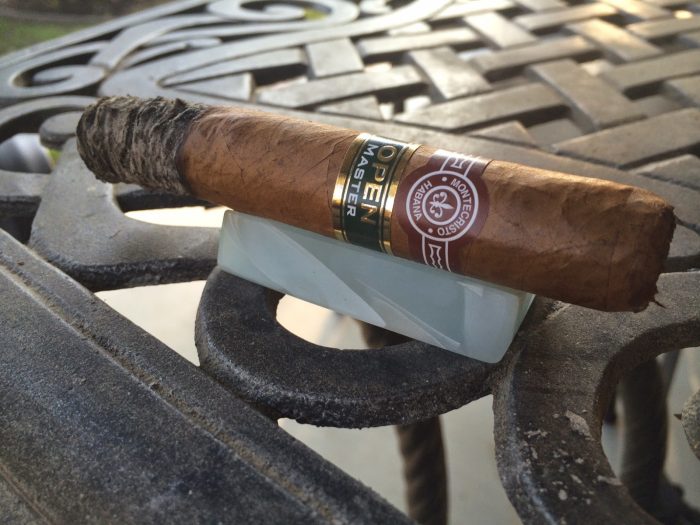 Second Third: Light roasted nuts and white pepper hit the nose, dancing on and off the palate as it returned back through the tasting zones. The finish was huge, and I must say it was quite pleasant for an afternoon cigar. The pepper moved to a greener vegetal variety, with hints of clove as the cigar progressed to the finale. 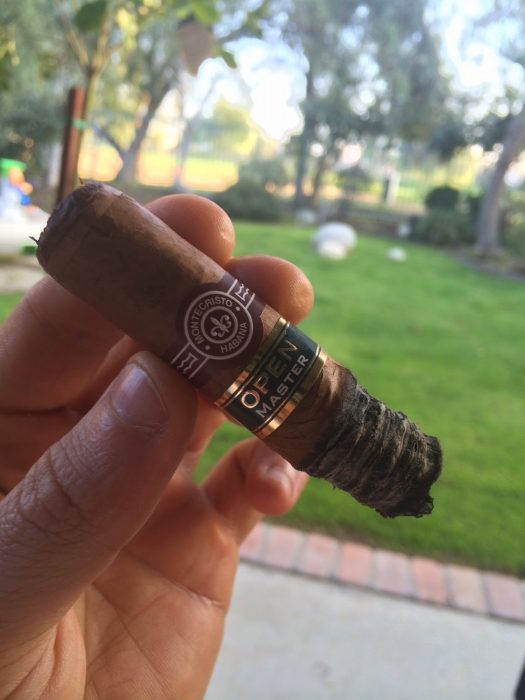 Final Third: For all the fun I had in the first two thirds, the final was rather boring. My note pad seemed to fall off a cliff, with light coffee and cocoa, and maybe some cream notes. Worth noting, I wrote “bored.”

Construction: I had to relight the Master at least three times towards the end, which is probably why I got bored.

Final Thoughts: Overall, my experience was a letdown as the cigar progressed. At times, I really enjoyed the milder profile, as I am a big mild cigar fan. My letdown may be the result of the Montecristo band, and possibly some expectation as I enjoy many Montecristo cigars. I wonder if my mind may shift if I had smoked this unbanded. I would still like to try the Regata since it is a 46rg, and possibly the Junior, to see if the smaller ring gauges affect the overall performance.