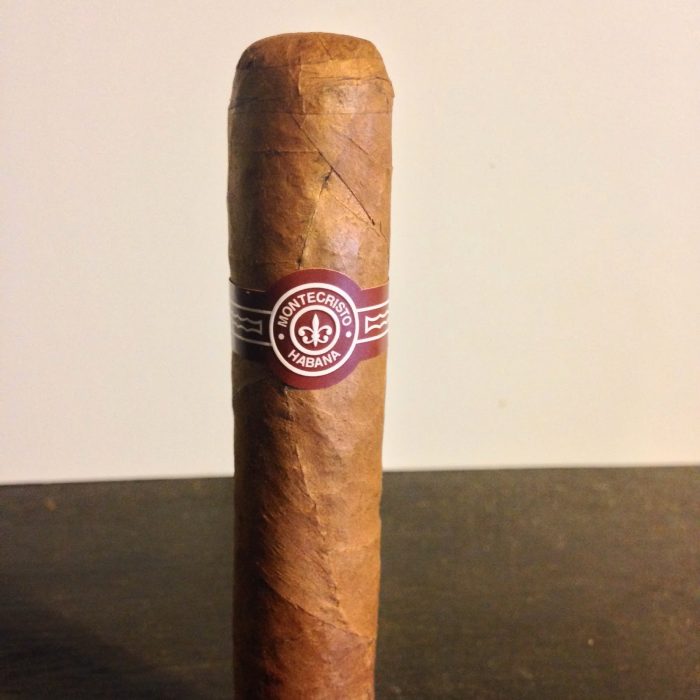 Quite possibly one of the best regular production Montecristos, or at least my favorite Montecristo, the Petit Edmundo is a Habano that needs very little introduction to the true lovers of Habanos. The size itself is terrific, but with the flavors that are produced with this Montecristo, it takes on a whole new life. I have smoked many boxes of these over the years, never disappointed, and they are great with age or young. It is hard for me to age them for a period of time, merely because I smoke through all of them, but today I dig up some of my oldest offerings and light them up for review. Catfish has reviewed the Petit Edmundo from a 2013 vintage, but today I look at one that is older, a 2007 releases. Enough of these introductions though, let’s look at the Montecristo Petit Edmundo in the eyes of Big Tuna.
Released in 2006, this was a release that came two years after the original Edmundo. Both sizes introduced a larger ring gauge to the brand, and while they are the same ring gauge as the No. 2, there is a difference between the piramides and robusto smoking experience. The Petit Edmundo  comes with a 52 ring gauge, and it has a length of 110 mm (4.3″). Production of the Habano is now coming out of H. Upmann, and I believe these were rolled there at the time as well. The Petit Edmundo is gorgeous in hand and it has a lovely milk chocolate coloring wrapper that has minimal veins present throughout. The triple cap is applied perfectly and it has a nice firmness throughout. The texture is very smooth overall and it is silky with no oils present. The Habano itself is nearly a decade old, and it is visible, and I am eager to light it up. The foot has an aroma of cedar, tobacco, and hay, and the wrapper is showing some similar qualities with some earthy aspects as well. 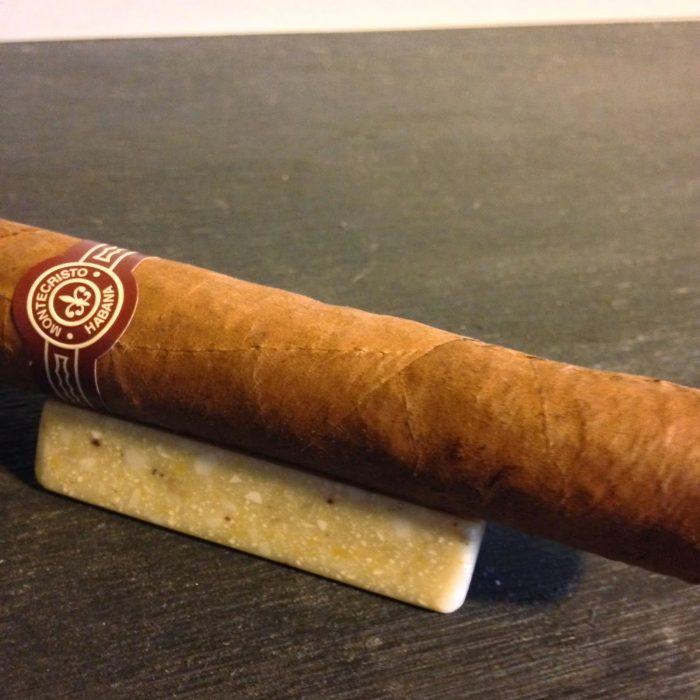 The first third opens up by showing those classic Montecristo flavors, and it is delivering this great cappuccino like flavor profile, and it is showing cream and coffee notes. There are touches of nutmeg, cocoa, and cinnamon also, and it has a toast and cinnamon like finish that is sublime. The flavors have really held on to the Habano in over 7 years, and it has a lot of life left. The body and strength are at a solid medium level overall, and they are pairing with the flavors perfectly. What I love about this brand is that it is a brand I can have all the time, and it never is too much for me. The construction is perfect in the first third and it is showing an even burn line with a nice firm charcoal ash on the end. The ash is solid, not flaky, and there is a great bit of smoke being produced on each cold, flavorful, and effortless draw. 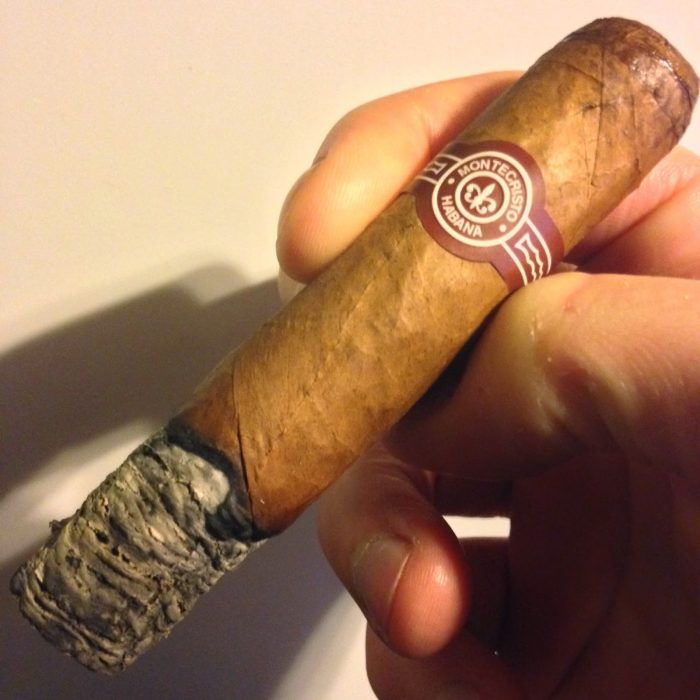 When I get into the second third of the Habano I find that the flavors do not show a huge transitioning, but they are already complex and very enjoyable, so there are little concerns there. I am picking up that cream, coffee, nutmeg, and cinnamon flavor profile, and it has that finish of cocoa and toast. I am a huge fan of the Petit Edmundos for many reasons, and when they smoke like this there is a reason I always back them up. The construction remains top notch in this third and it is showing an even burn line throughout. The ash is holding on firmly, and it has a nice charcoal coloring to it. The draw is still smooth and cool, and giving off a great amount of smoke throughout. I would still classify the Habano as being medium in terms of body and strength, and this is a smoke I could enjoy all times of day. 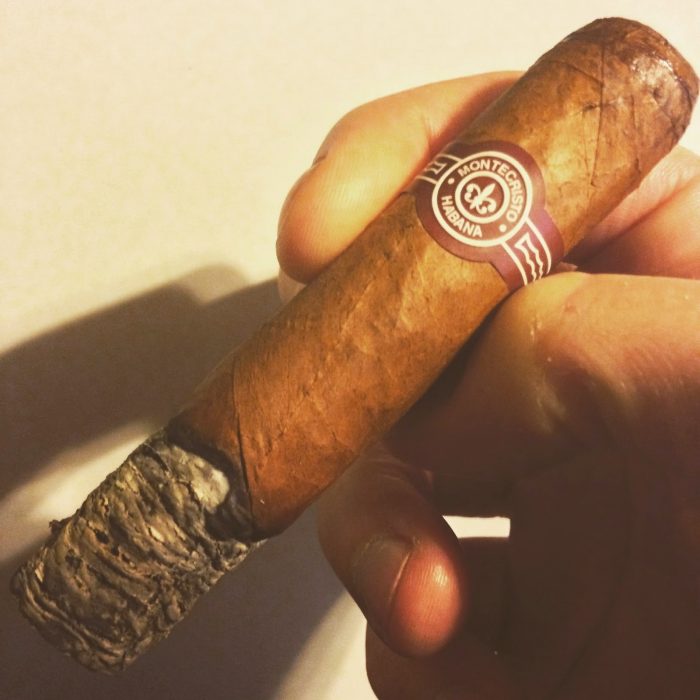 The final third shows a slight transitioning from the second third, and it is a third that shows some simple but enjoyable Montecristo flavors.I am picking up some nutmeg and cappuccino flavors, and it has some toasty notes on the finish. I am a big fan of the Montecristos when they smoke like this, and there is a reason that this is a classic smoke. I find that it is a flavor profile that I can have at all times of day, and it is a profile man levels of smokers can enjoy. The construction of the Habano is absolutely terrific in this third, and it has been terrific overall from the beginning. The ash has this nice charcoal coloring to it, and it is holding on firmly to the end of the smoke. The draw is cool and producing a lot of smoke, and this is a well made Habano. I would say that the strength and body continue to smoke at a medium level in the final third, and it finishes wonderfully in all aspects. 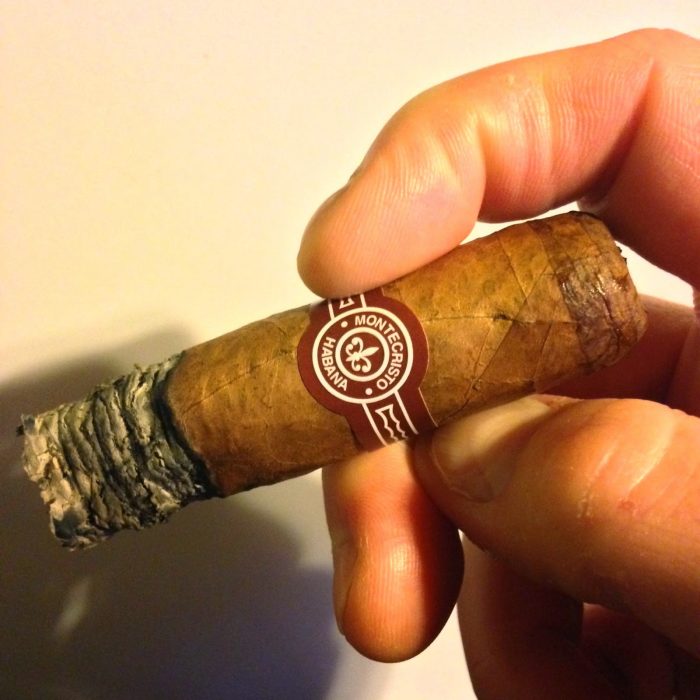 The Petit Edmundo is by far my favorite vitola in the Montecristo brand, and in my opinion is the best Edmundo release as well. I believe Habanos S.A. was on the right track when they released this offering, and I like that they made it different than the traditional Edmundo. The size of the smoke overall is terrific, and the ring gauge works well with the length to make for a great robusto smoke time. The flavors are out of this world and they really pop in this vitola offering, The only other offerings that really deliver quality like this offering in the brand is the Petit No. 2. The construction was fantastic throughout, and it produced a perfect burn line, cool draw, and solid ash from beginning to end. The strength and body worked well with the flavors and this is a well aged Habano. They have a little bit more to them when they are younger, but they are great either way. As a young Habano, I would give this a 92-94, but with age it is smoking at a 94-96 level, simply incredible. 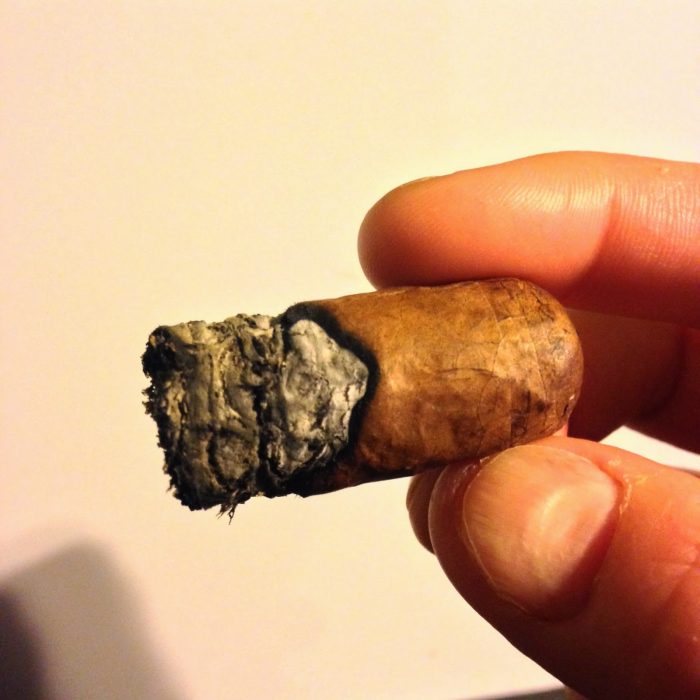 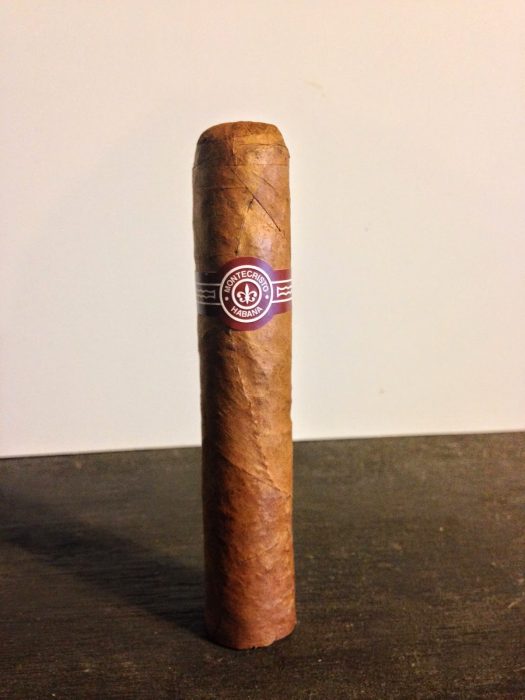