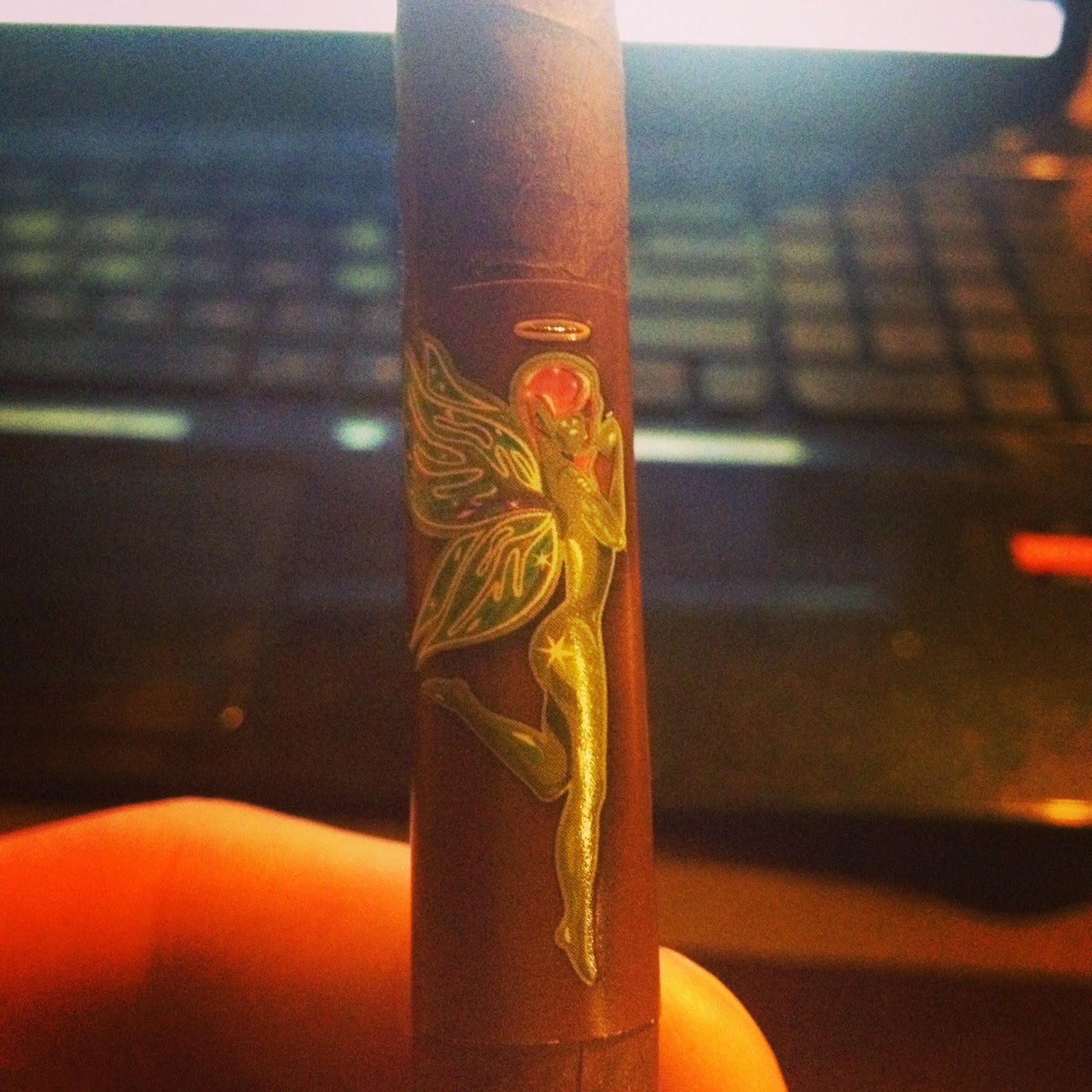 In the Land of 10,000 Lakes is a retail store of Tobacco Grove. The store is led by Jeff Haugen and Joel Rodgers and they have been on the retail side of the cigar industry for over twenty years. It was this store that requested the Black Label Petit Lancero which soon became a successful national release, and it is this store that received the Platino Samurai. The shop is located in the greater Minneapolis-Saint Paul area, and the location carries all the big names for the everyday smoker and the boutique nuts out there. Like some of the truly successful retailers, the two of them decided that it was his time to get into producing their own cigars and this year they announced the creation of Crux Cigar Company. The cigars will be launching this month and will have follow up releases next month. Today I look at the soon to be released Ninfamaniac and it is a very interesting cigar in appearance.

The Ninfamaniac is one of the first two lines to be released by Crux Cigars, and the cigar hails from Esteli, Nicaragua where it is being made by Nestor Plasencia. The cigar features a Habano seed wrapper that is grown in Jalapa, Nicaragua and it is Viso priming. Underneath that is an Indonesian binder followed by filler tobacco from Esteli that is Viso priming. The Ninfamaniac is a unique vitola and it is a ninfa figurado you could say that measures 7″ with a 33 ring gauge. It is figurado that has closed tapered foot and head and it has a wrapper coloring that is a solid Colorado. There are few veins present throughout the wrapper and it has a nice amount of oils present to touch. The cigar shows this closed draw of sweet floral notes, and it has some old tobacco and hay qualities with that. There is an aroma on the wrapper that is fairly similar, and it is showing some of those sweet floral notes with bits of tobacco and dry earth. 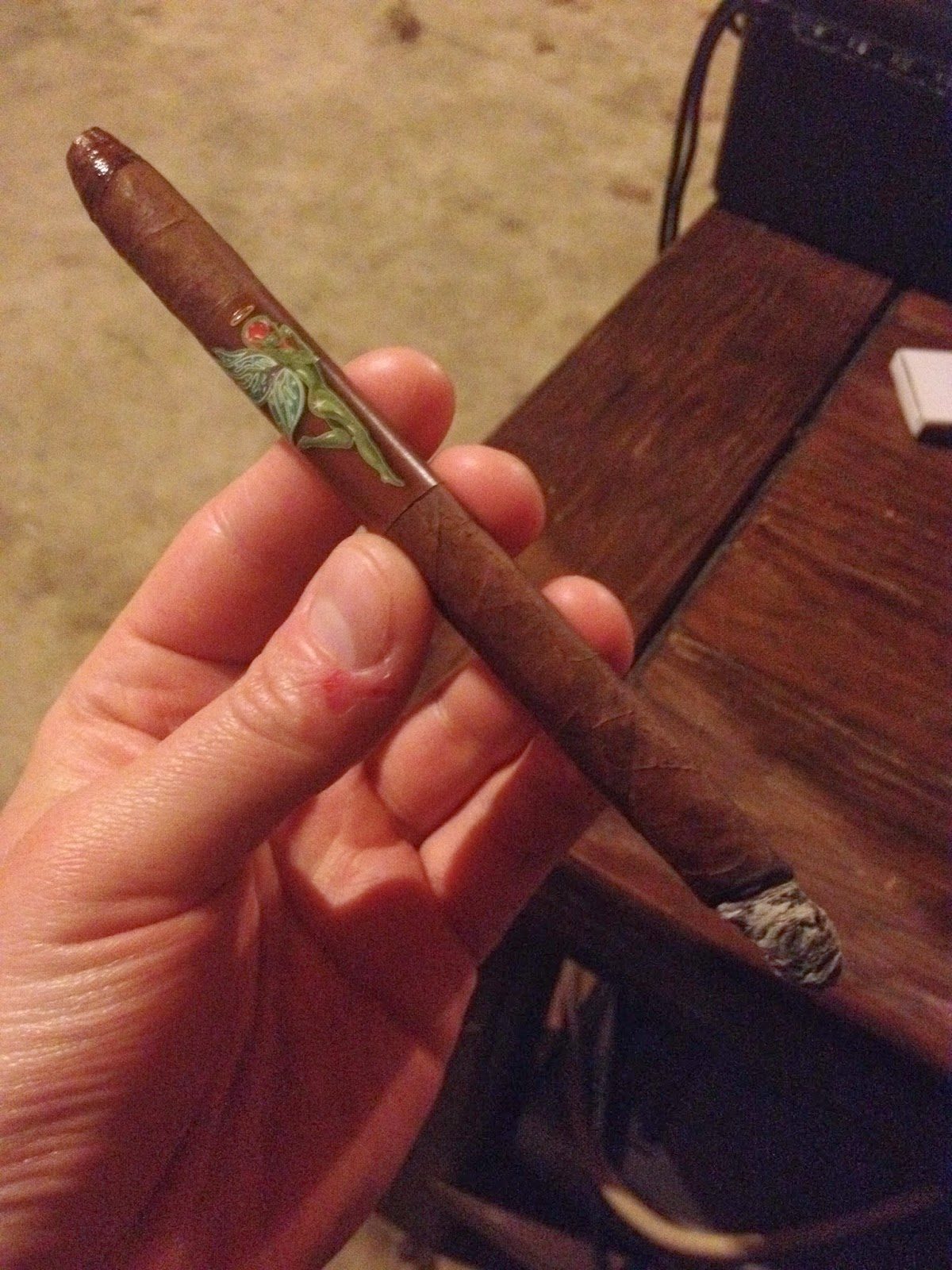 The cigar is very elegant and incredibly balanced to start off. I am getting this sweet floral flavor and it is accompanied by some tobacco and soft spice notes. It is a  sweet cigar in that sense and very unique. I am trying to think of a cigar I had that smoked like this and I can’t think of any. There are some cedar notes there as well and it is a great cigar thus far. The construction on the cigar is terrific and it is producing a beautiful burn line with a nice charcoal ash. The ash does not hold on for that long, but that is due to the very thin ring gauge. With that is a draw that is amazing and cool. It is not a loose draw, not what I would expect with this ring gauge, but it is smoking very cool. I would say that the body and strength are at a solid medium level and I am loving this vitola. It is a figurado by nature but a panatela at the same time. This is a cigar that I am looking forward to seeing other thoughts on. 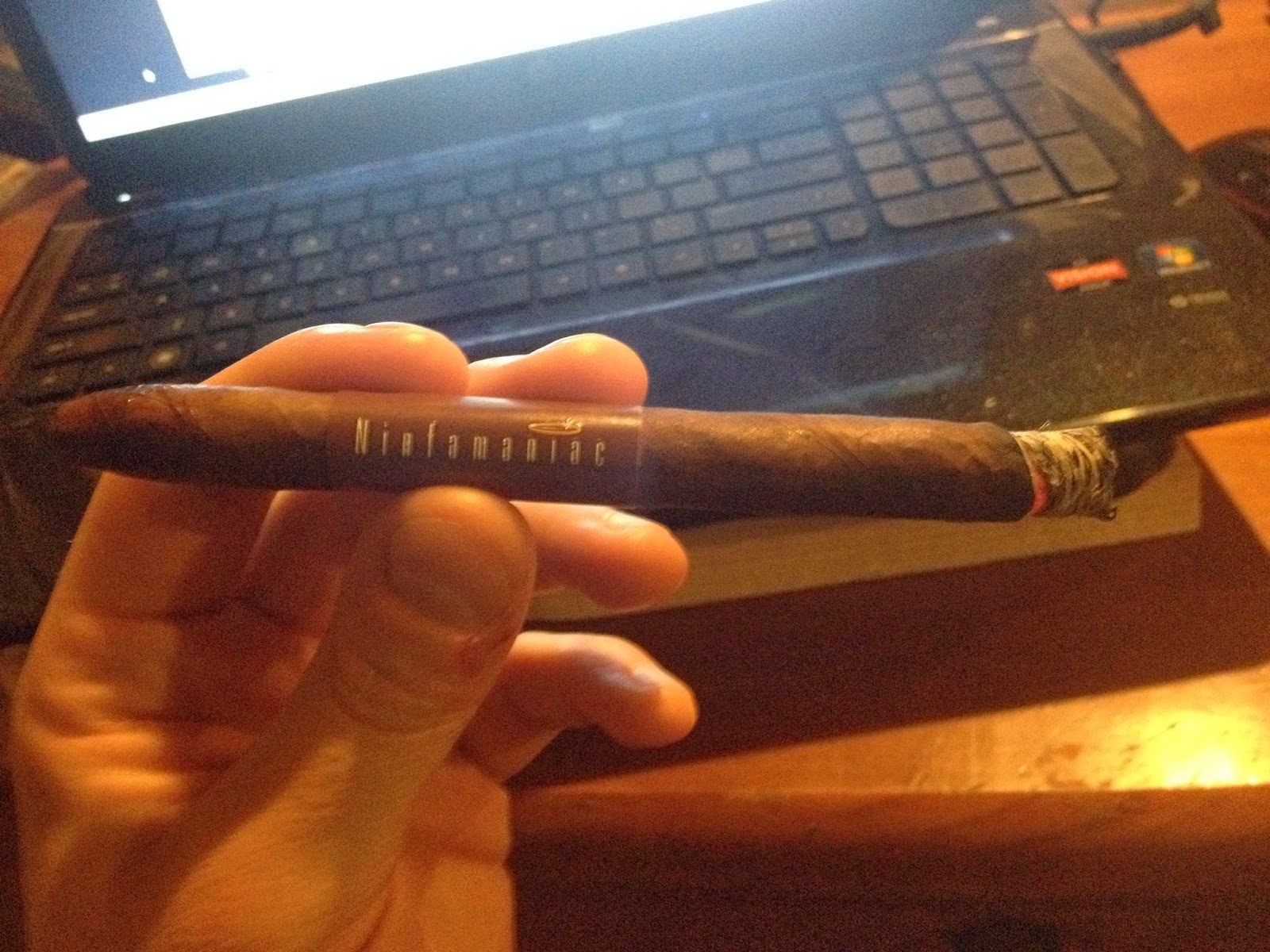 The second half begins to show some additional coffee bean and earth notes and it is pairing wonderfully with those sweet spices that were present in the first. I am still getting those floral notes and it is showing those great tobacco notes as well. It is a very unique cigar if you ask me and I believe it to be very complex as well. The flavors are very concentrated and subtle and it is making a complex cigar. The cigar is very balanced and there is tons of depth here as well. I would say the cigar is smoking at a level right at a solid medium and it applies to the body and strength. I would say this is a cigar that smokes well in the afternoon and evening, and I would probably smoke the cigar in the morning as well. In terms of construction the cigar is smoking wonderfully and with a 33 ring gauge it is producing a cool draw with a lot of smoke and there is a nice even burn line present with that. 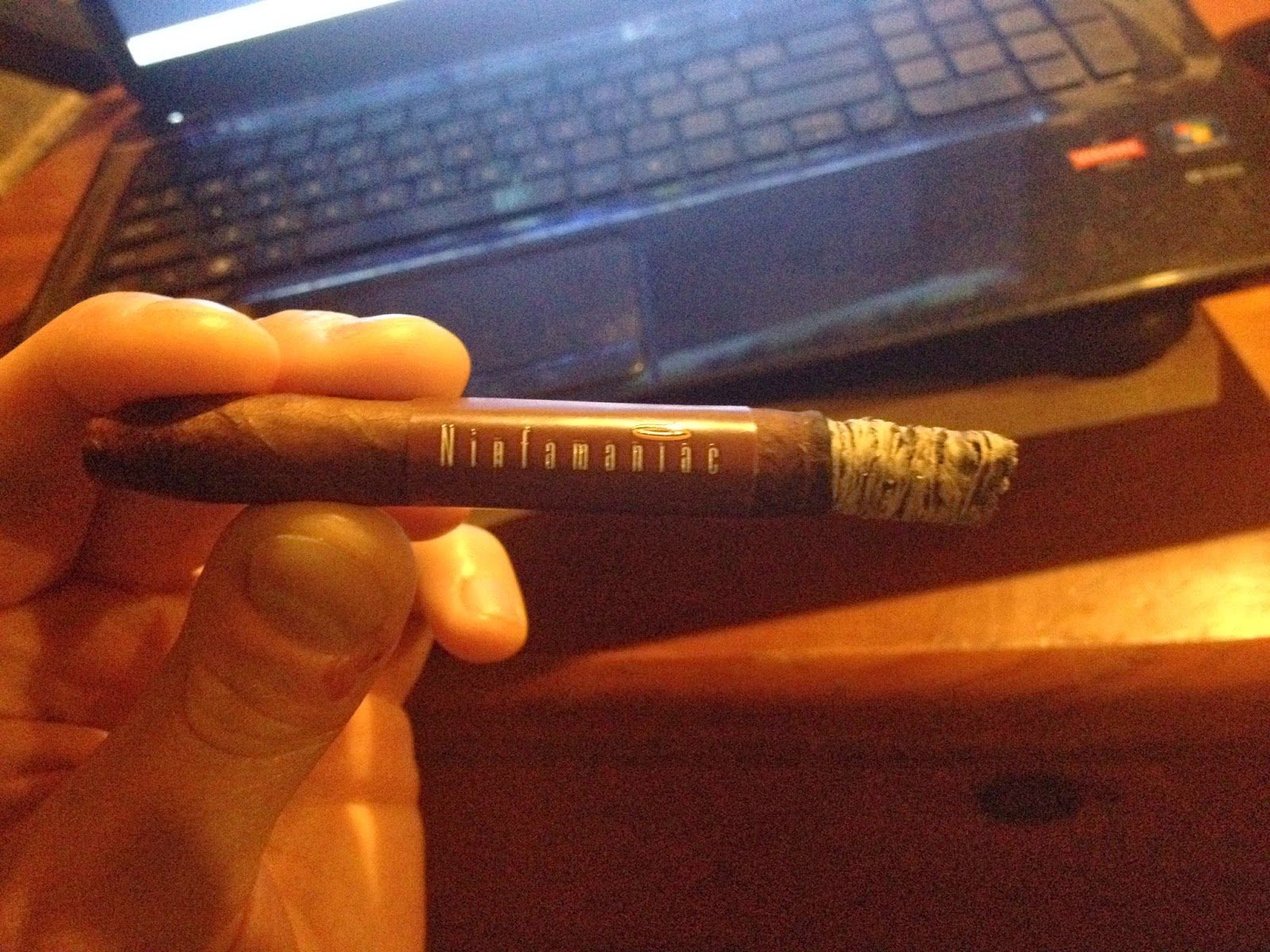 I really enjoyed this cigar and found it to be one of the more creative and enjoyable releases for 2014. While the blend may not seem like anything new and different, it truly is. I loved the use of the 33 ring gauge with the long length and it was a way of paying tribute to the wrapper and small ring gauge cigars while giving the smoker a smoke time that is not incredibly short. The blend really showed the wonderful qualities of Nicaraguan tobacco while not falling into the strong flavor profile that can be classified as super rich. From beginning to end the cigar showed a wonderful amount of complexity and always balanced. The construction was terrific from beginning to end and while it produced a razor sharp burn line, it more importantly produced a cool draw top the end. This is a smoke that I could smoke back to back and all day with no worries. I am giving it a 92 rating and I look forward to smoking the Dark version. 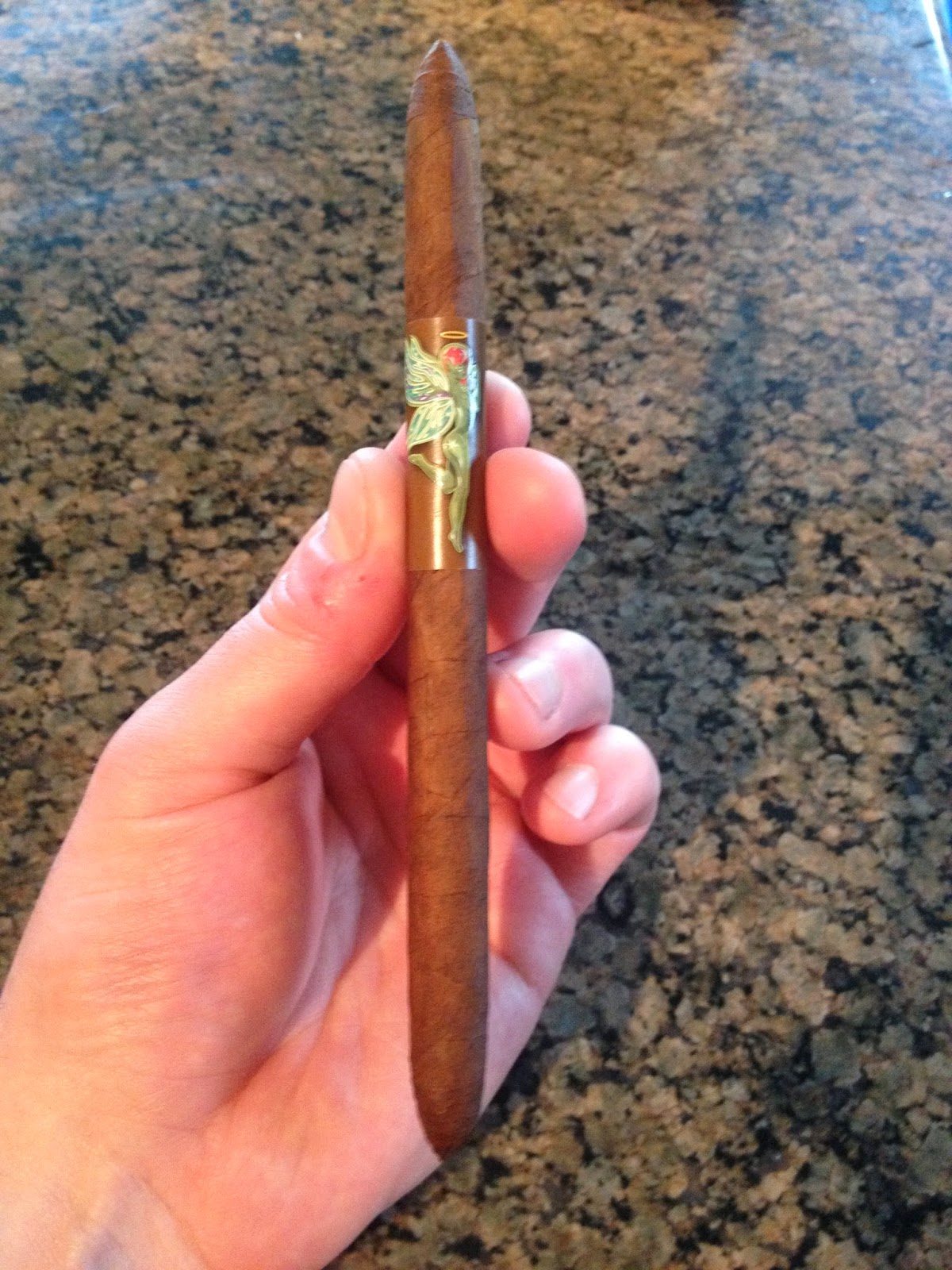 * cigars for this assessment were provided to me by Crux Cigars