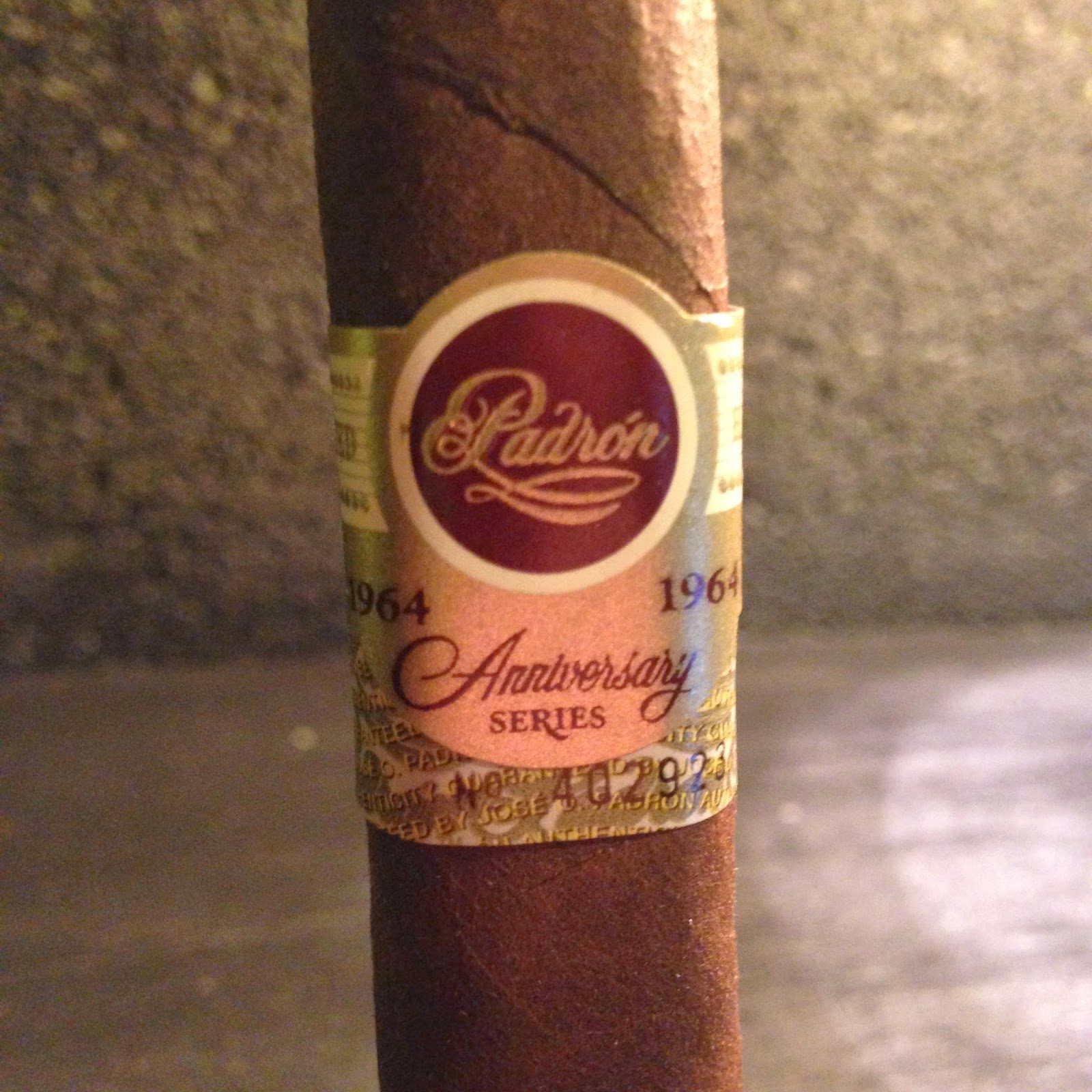 For those of you who are unaware of what the TAA is, it is the Tobacconist Association of America. It is a group of the most elite tobacconist in the United States, and a selective group as well. There is not application to be in the association, you have to be invited, and with that are many perks. One of those perks is the opportunity to receive particular limited releases. They have worked with My Father Cigars, Tatuaje, AVO, La Flor Dominicana, and of course, Padrón Cigars. Every year, Padrón releases their annual TAA release, a 5″ by 54 ring gauge Toro, but in 2014 the company decided to have a special TAA release to go hand in hand with their 50th Anniversary. This particular release joined their annual release and five additional releases from different companies to honor the TAA stores in 2014. Like all releases, the offering is available in Natural and Maduro offerings, and is a Nicaraguan puro. This special release was a belicoso, and today I look at the Padrón 1964 TAA Exclusive Belicoso Maduro.

A specific release for the TAA stores this year, the TAA Exclusive Belicoso by Padrón comes in a Natural and Maduro offering. For this review I went with the Maduro option, and the cigar comes in a belicoso format that measures 5″ with a 52 ring gauge. It is a unique size for the company, they don’t do many belicosos or figurados to begin with, and with the press and dimensions it is really not that appealing to me. The blend is loosely based off the 1964 blend, and is a Nicaraguan puro. The The belicoso has a simple wrapper and it is a classic maduro from the company. It shows very few veins, practically none, and the wrapper is applied to the cigar perfectly. The tapered head is very subtle, and it is in line with the tapered heads for the Anniversary and 1926 Serie lines. The foot has an aroma that is of cocoa, earth and tobacco, and the wrapper is giving off an aroma of rich earth, manure like, with some wood and toast qualities. 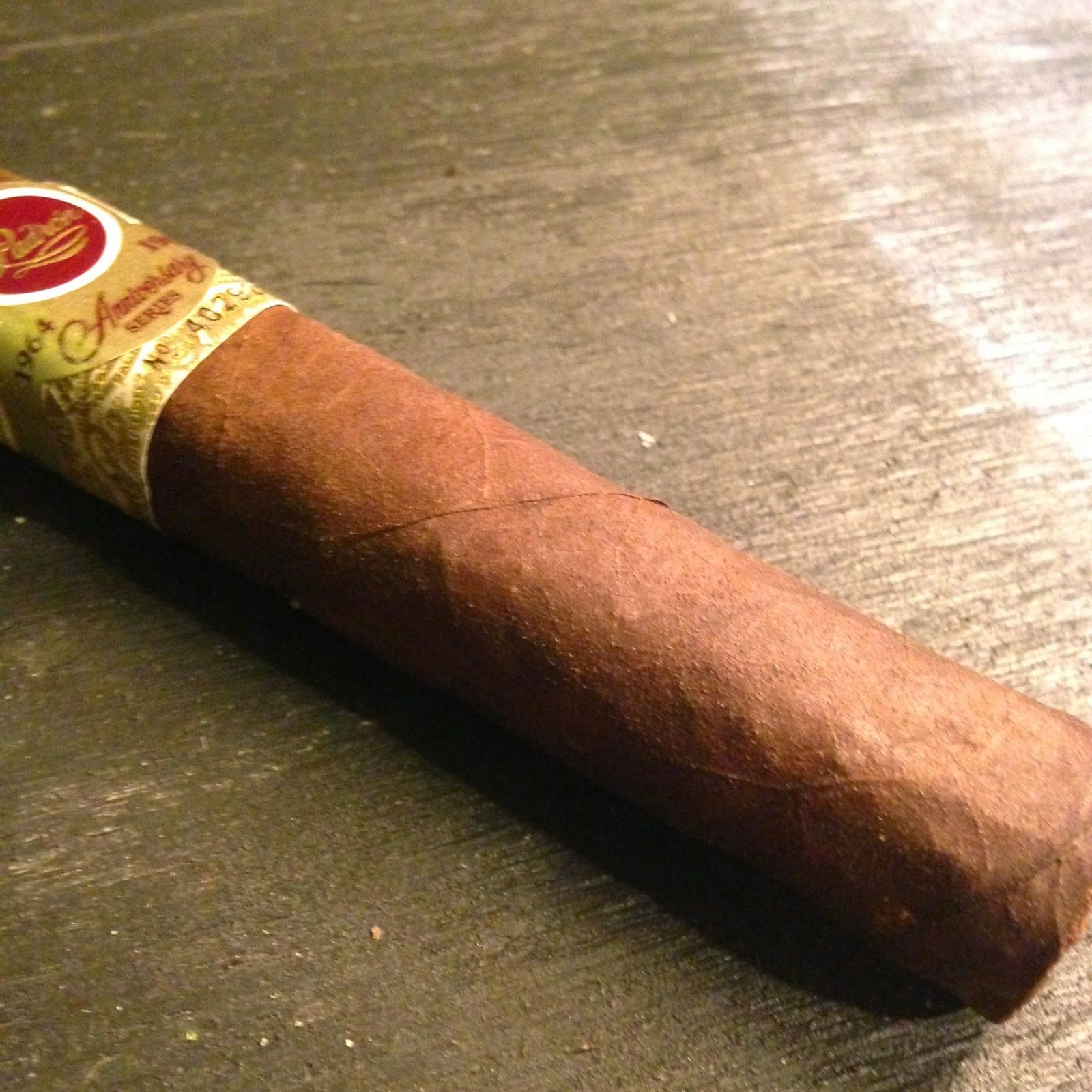 The first third opens up by showing some reminiscent flavors and I am picking up some cocoa powder, rich earth, strong spices and coffee notes. There are some toasty qualities present as well and it has a peppery finish that is accompanied by a nutty flavor profile. It has those classic Padrón flavors, and is smoking wonderfully. I have always preferred the 1964 Anniversary Series in the maduro option, and this is why. The construction is terrific overall and it is showing that even burn line on the cigar. The draw is very cool and is flavor focused while producing a lot of smoke. The ash on the cigar has a nice charcoal coloring and it is holding on firmly to the end of the cigar. I would classify the cigar as being a medium to medium-full cigar in terms of flavors and strength, and this is where Padróns smoke and smoke well. 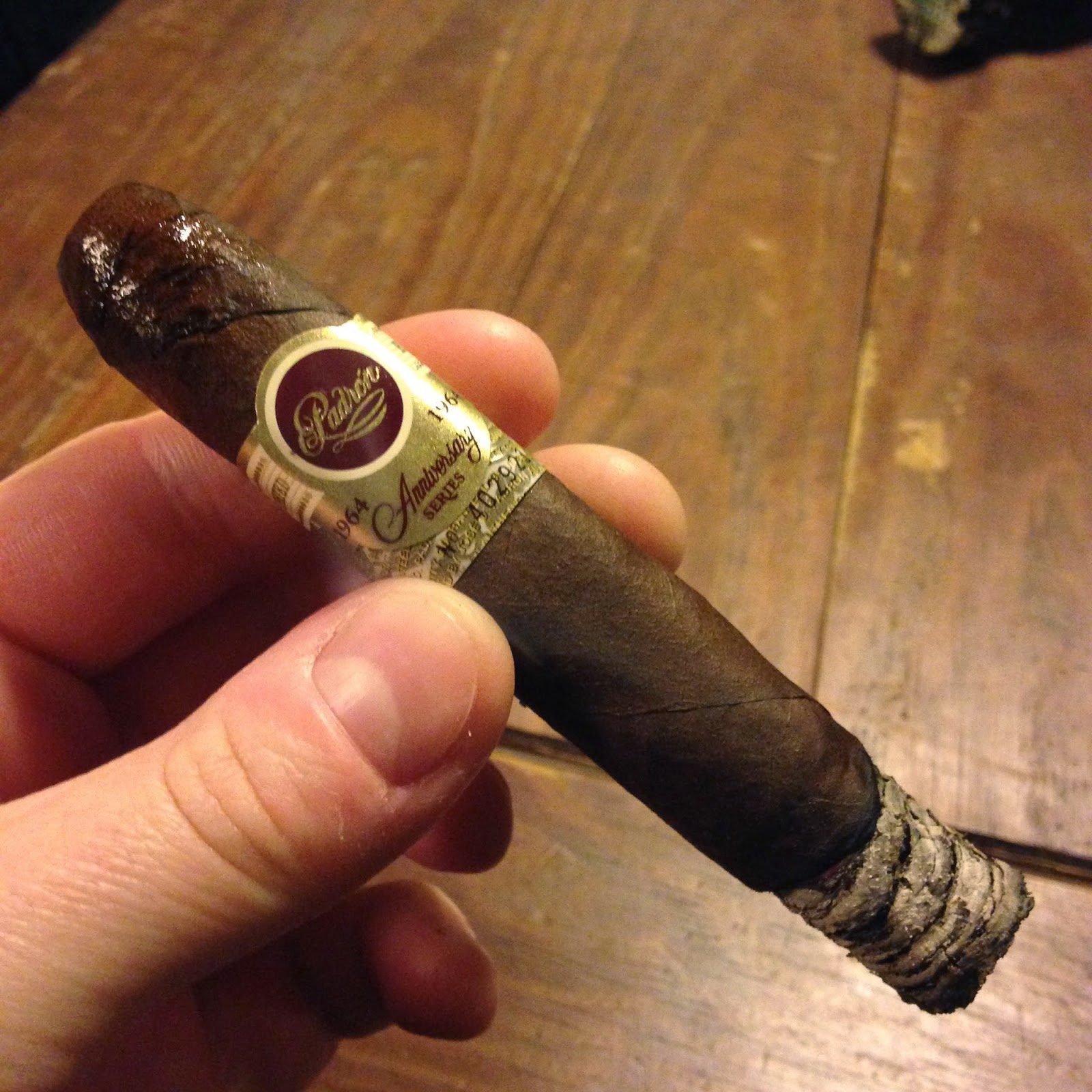 When I get into the second third of the cigar I find that the flavor profile remains fairly consistent overall but it is such an enjoyable flavor profile that I don’t want it go anywhere. I am getting a nice bit of cocoa and coffee qualities with the cigar, and it is accompanied by those toast and nutty qualities. The spices notes are much softer in this third, showing no pepper flavors with a finish that is smooth and earthy. The construction remains top notch throughout the third and it is showing a razor sharp burn line with the perfect draw. There is a nice bit of smoke being produced and it is showing a lovely charcoal ash on the end of the cigar. The ash is holding on firmly and this is a classic Padron in that sense. I would say the strength and body are a medium level now and I am looking forward to seeing where the final third goes. 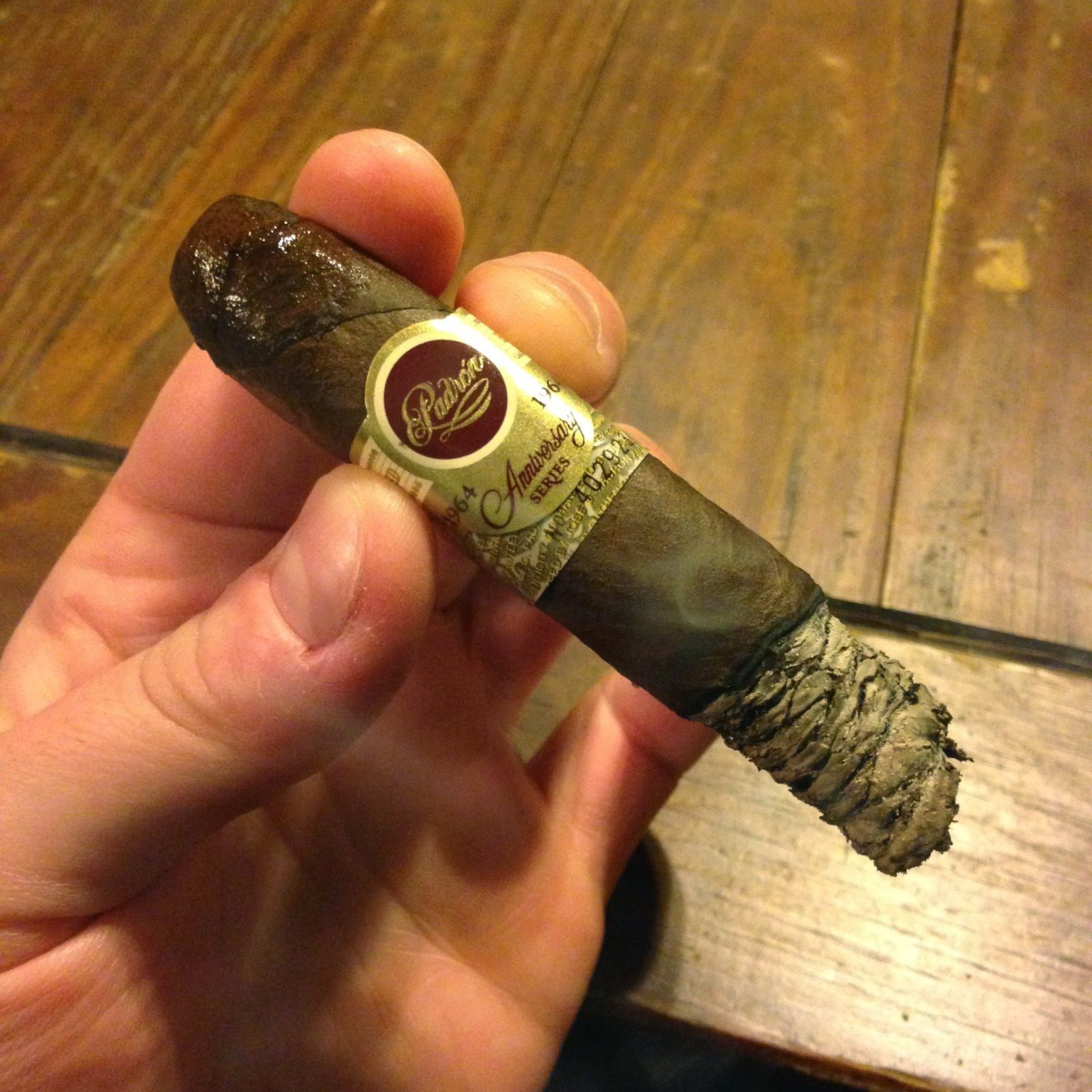 I am in the final third now and I am finding that the flavors are fairly similar to what they were in the second third and as I said earlier, they are classic Padron flavors. There is very little spice and pepper present right now and it is showing that nutty, toasty, coffee and cocoa flavor profile. There is a creaminess present as well and it is a smooth finale that is enjoyable, traditional and tasty. The construction continues to remain perfect in the final third and it is showing an even burn line with a nice charcoal ash on the end. The ash is holding on well to the end and showing no signs of falling off. The smoke being produced is plentiful and it is coming off of a cool draw that is giving off those sweet and natural flavors. The cigar smokes cool on the tapered head and it finishes wonderfully leaving a strength and body level that is right at a medium level. 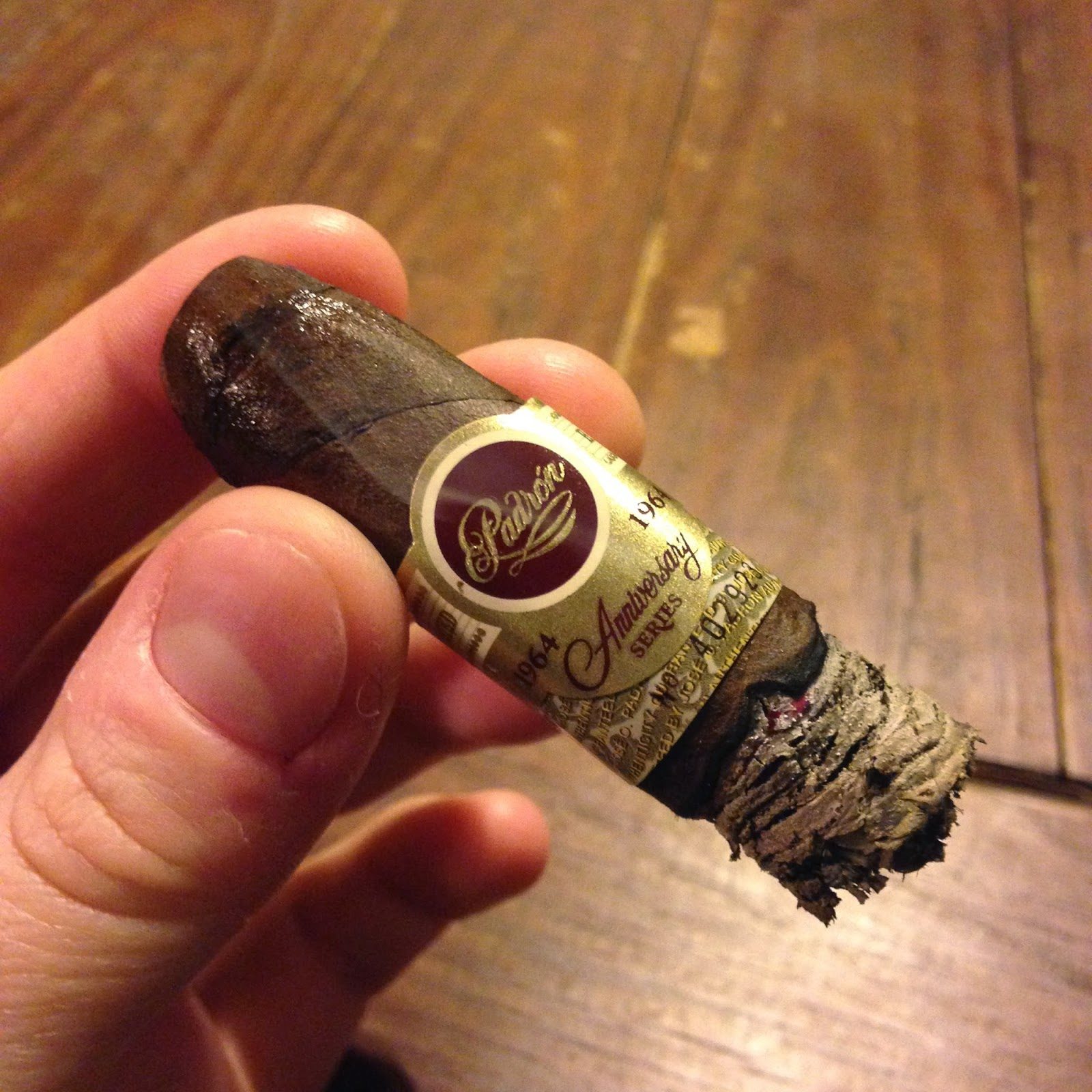 The TAA Exclusive Belicoso Maduro is a nice cigar, and a nice offering from Padrón, but it is not mind blowing. In my opinion, it smokes like most Padróns, and while it is stated as being a different blend and loosely based off the 1964 line, it is showing a lot of those qualities that the 1964 line shows. The flavors were not bad, but they were lacking in complexity and some transitioning. I felt that it had some depth, but overall it did what it did. I don’t think a lot of TAA releases are that mind blowing to begin with, I think TAA needs to do a better job selecting releases, but this is definitely not the worst. Overall, I would pickup a regular production Exclusivo or Imperial over this nine times out of ten. I am not one for belicosos as well, so you can see why this cigar did not blow me away. I am giving it a solid 88 rating. 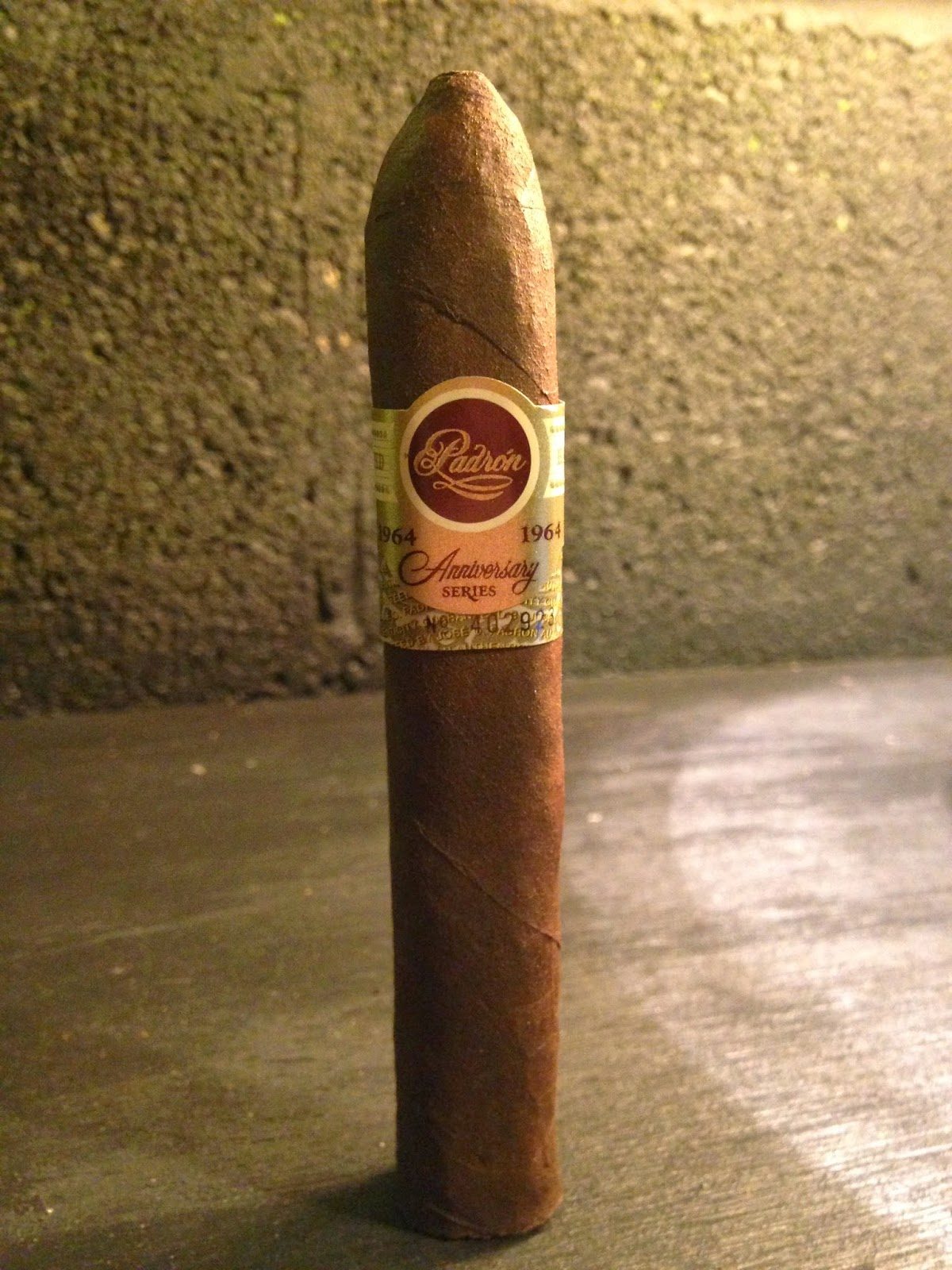