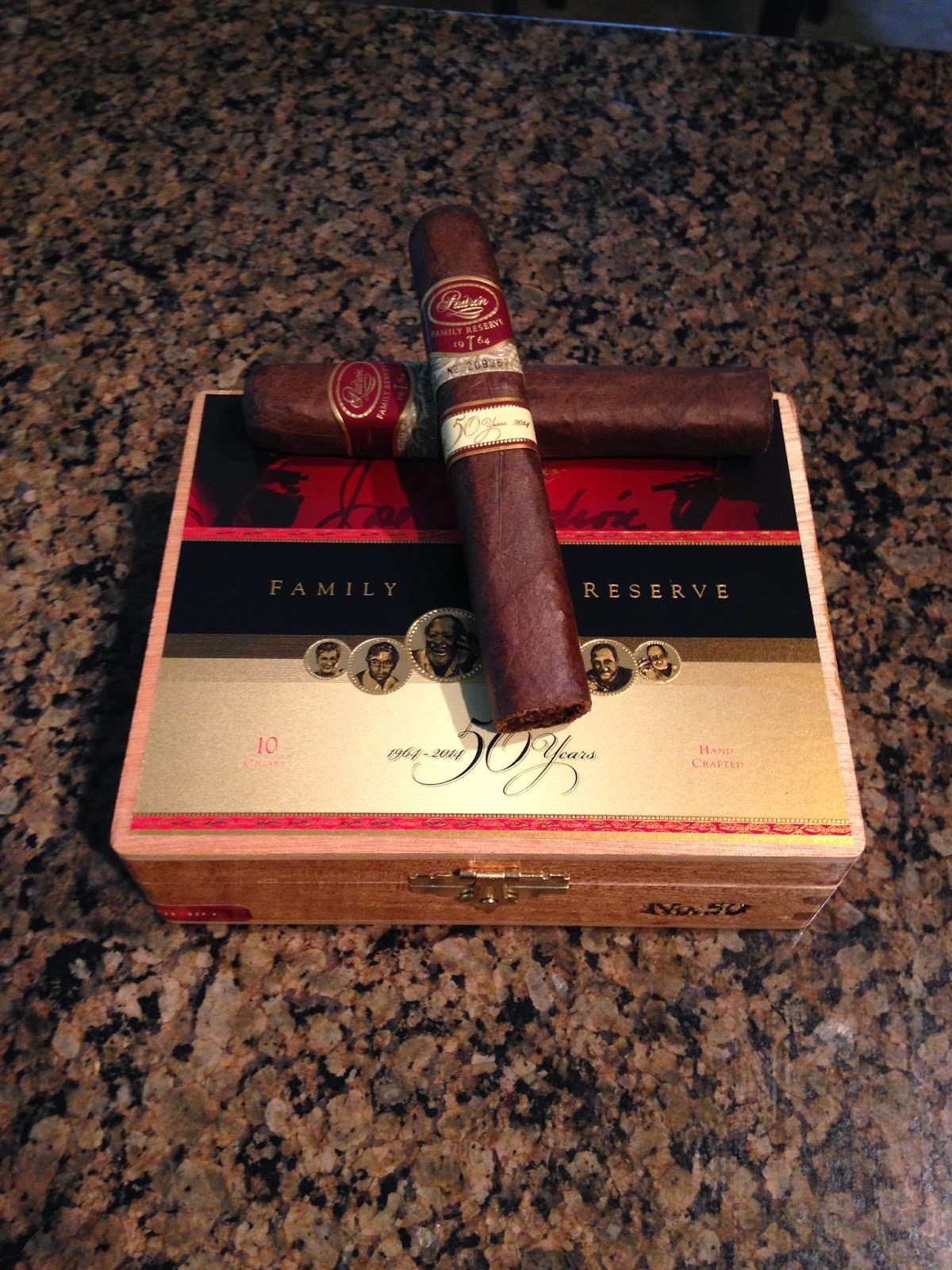 It has been 50 years since Jose Orlando Padron founded Padron Cigars in the area of Miami, Florida called Little Havana, and 47 years since he first visited Nicaragua and established a home there for the family as well. Throughout those 50 years the company has seen great times and tough times, but they continued throughout that entire time to make Padron Cigars, great cigars, and do well as a company and family. There are not many companies that have been around for 50 years, and the ones that have been around for that long or longer you can really count on one hand. It is because of this that we see the Padron Family as a classic company, and they are seen at a higher status. The family has done well over the years, releasing masterpieces, and in 2007 the company launched their newest line to date, the Family Reserve. Since then there have been four releases under the Family Reserve line, and this year we saw the fifth to honor their 50th anniversary. They have a very limited and special release to honor their 50 years as well, the Little Hammer, but the more readily available anniversary release is the Family Reserve No. 50. I have been smoking Family Reserves since they first became available, and today I look at the newest one, the Family Reserve No. 50 Maduro. 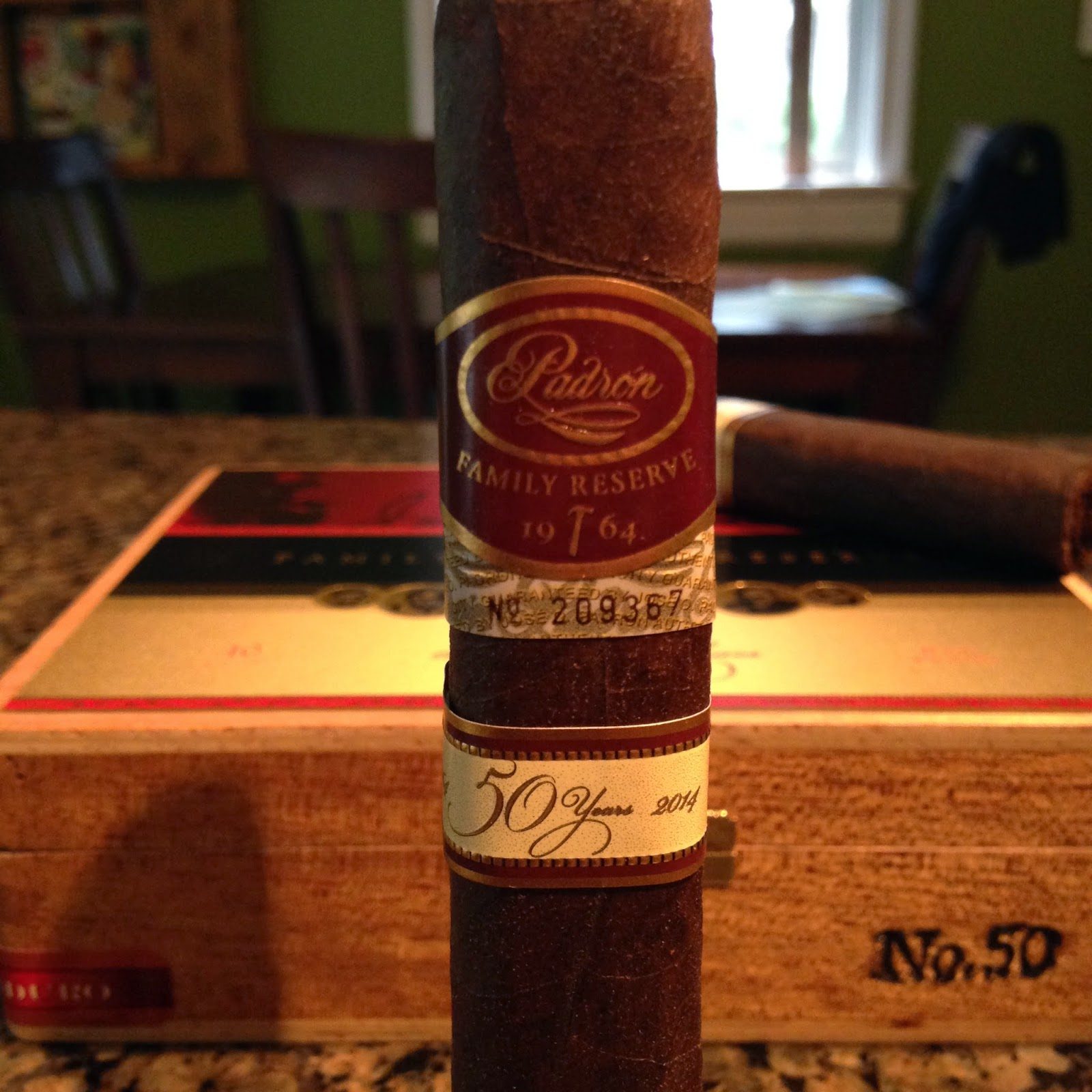 Featured at this years IPCPR, the No. 50 is one of the two new offerings released by the company to honor their 50 years in the industry. As most Family Reserve releases, the No. 50 will come in two offerings, a maduro and natural, and will be in boxes of ten. For this release I went with the maduro offering as it was the only option available at the time. The No. 50 measures 5″ with a 54 ring gauge, and to no surprise it is box pressed. The tobacco used in the blend is aged for ten years, as that is the case with all Family Reserve smokes. The smoke is beautiful in presentation, as all the Family Reserve smokes are, and features the classic Family Reserve band with a secondary 50 Years band. The maduro is incredibly dark in coloring, a true maduro, and it possesses some tooth on the wrapper with small veins. It is oily and slightly gritty in texture, and it possesses an aroma of rich earth and dark cocoa on the wrapper with an aroma of spices, rich earth and coffee on the foot. 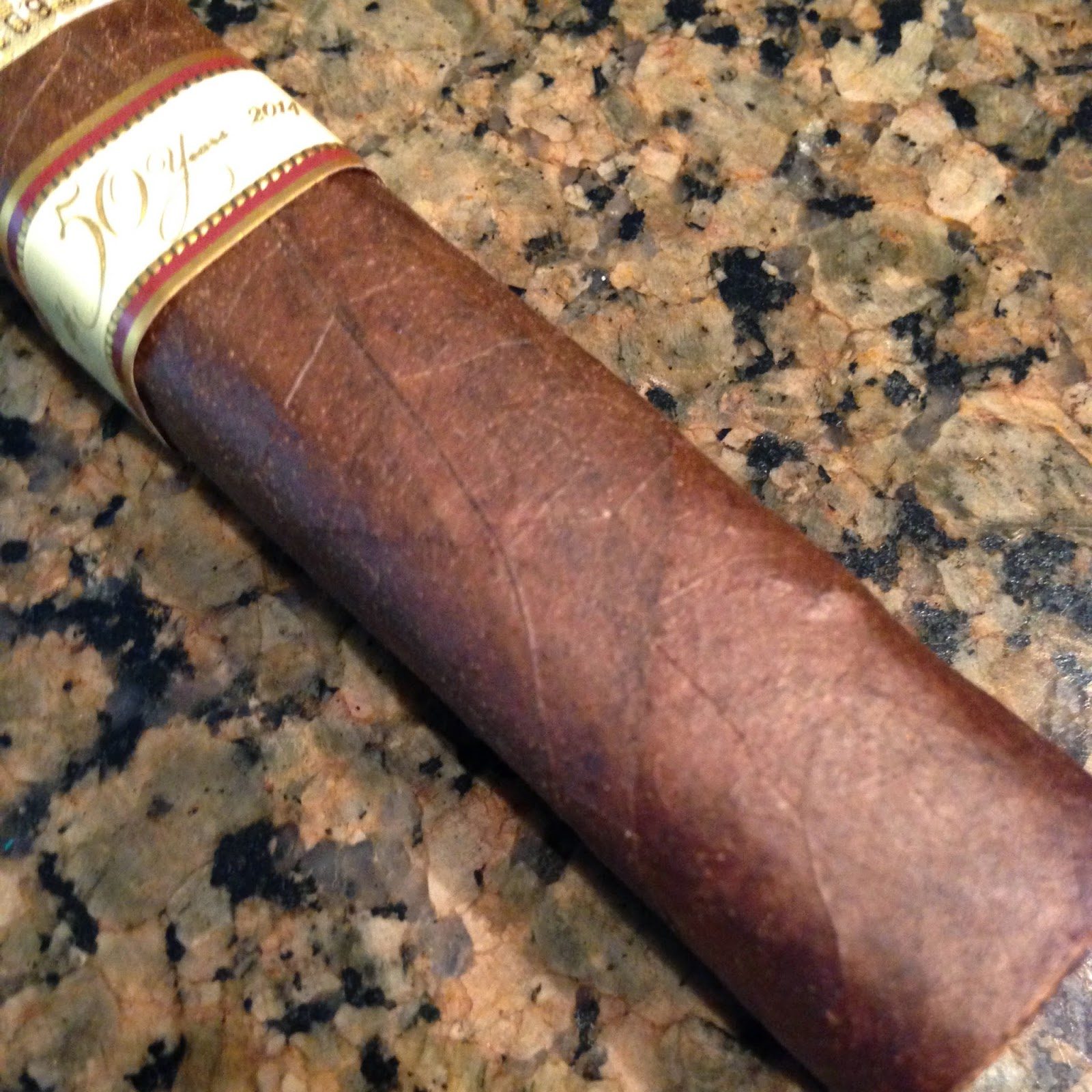 The first third begins by showing some dark coffee bean notes and it has some rich cocoa qualities with that which match perfectly. There are some definite spice notes as well, and it is accompanied by this aged Nicaraguan tobacco flavor that is great. There is a creaminess with the cigar as well and it really completes the flavors and balances it all out. This is a great Family Reserve, and I haven’t had a smoke like this since the 45 was initially released. The body is perfect, smoking right at a medium full level and the strength is there as well. It is stronger than some typical Padrons, but they still balance and check that with the flavors being produced. In terms of construction the cigar is absolutely perfect and it has a razor sharp burn line with that lovely charcoal ash on the end that is holding on firmly to the halfway mark. So far, a great smoke and truly a classic. These will smoke great now and age wonderfully. 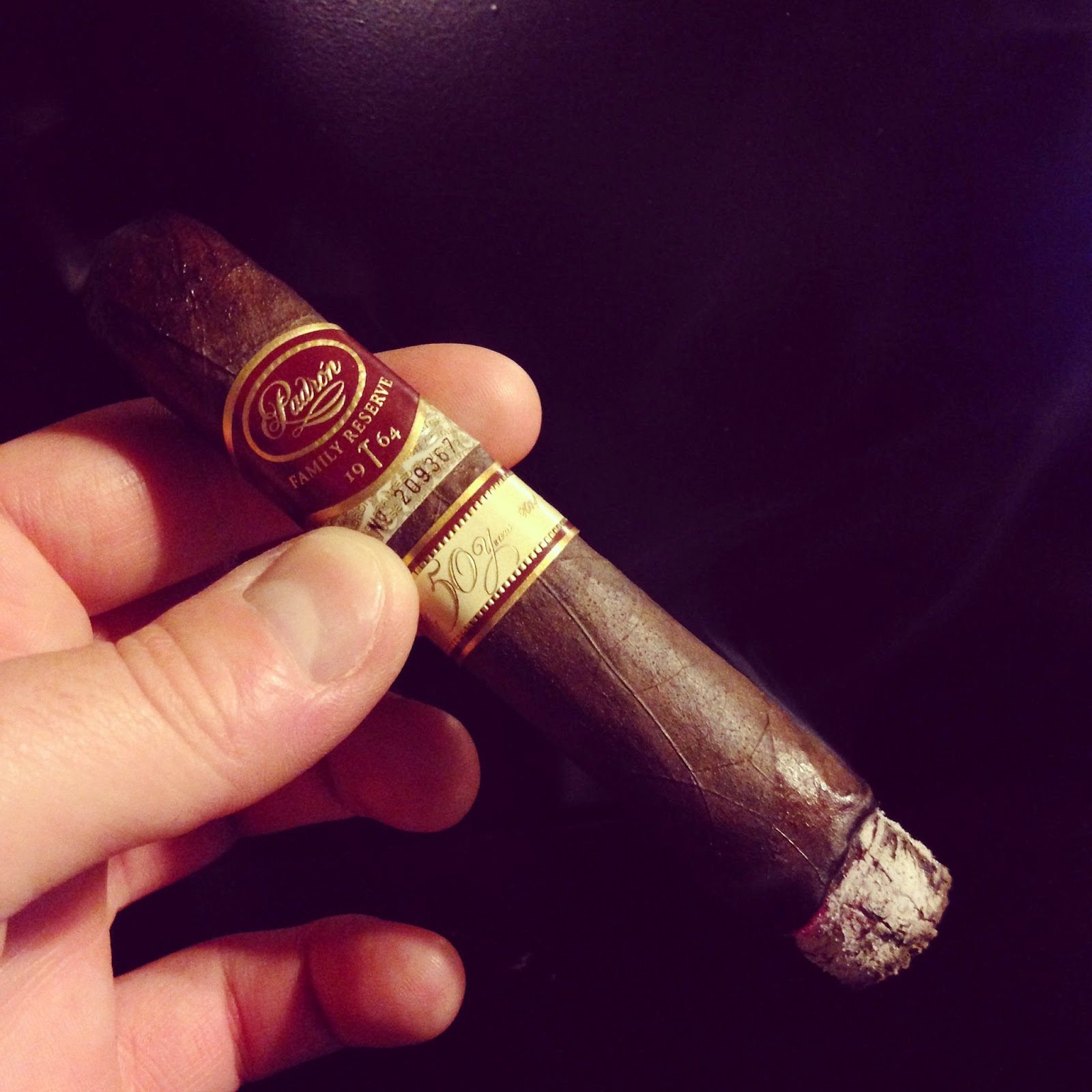 I am in the second third of the cigar now and it is definitely growing in darkness and the flavors are bolder than they were before. The creamy aspect has faded and it is now showing those dark chocolate and coffee bean notes from before. The tobacco notes are present as well and it has this cinnamon and pepper quality present as well. This is one of the bolder Padrons I have had and this is a smoke that will age very well. The construction remains perfect into the second third and it has that razor sharp burn line and cool draw. The ash has that nice charcoal coloring present and it is holding on firmly still. If the bands were not on this smoke, the ash could hold on all the way into the final third with no problems. The body and strength are at a medium full level and this is terrific evening smoke. I wonder how the natural version will be in comparison, and if it is this strong it is going to be a great offering. 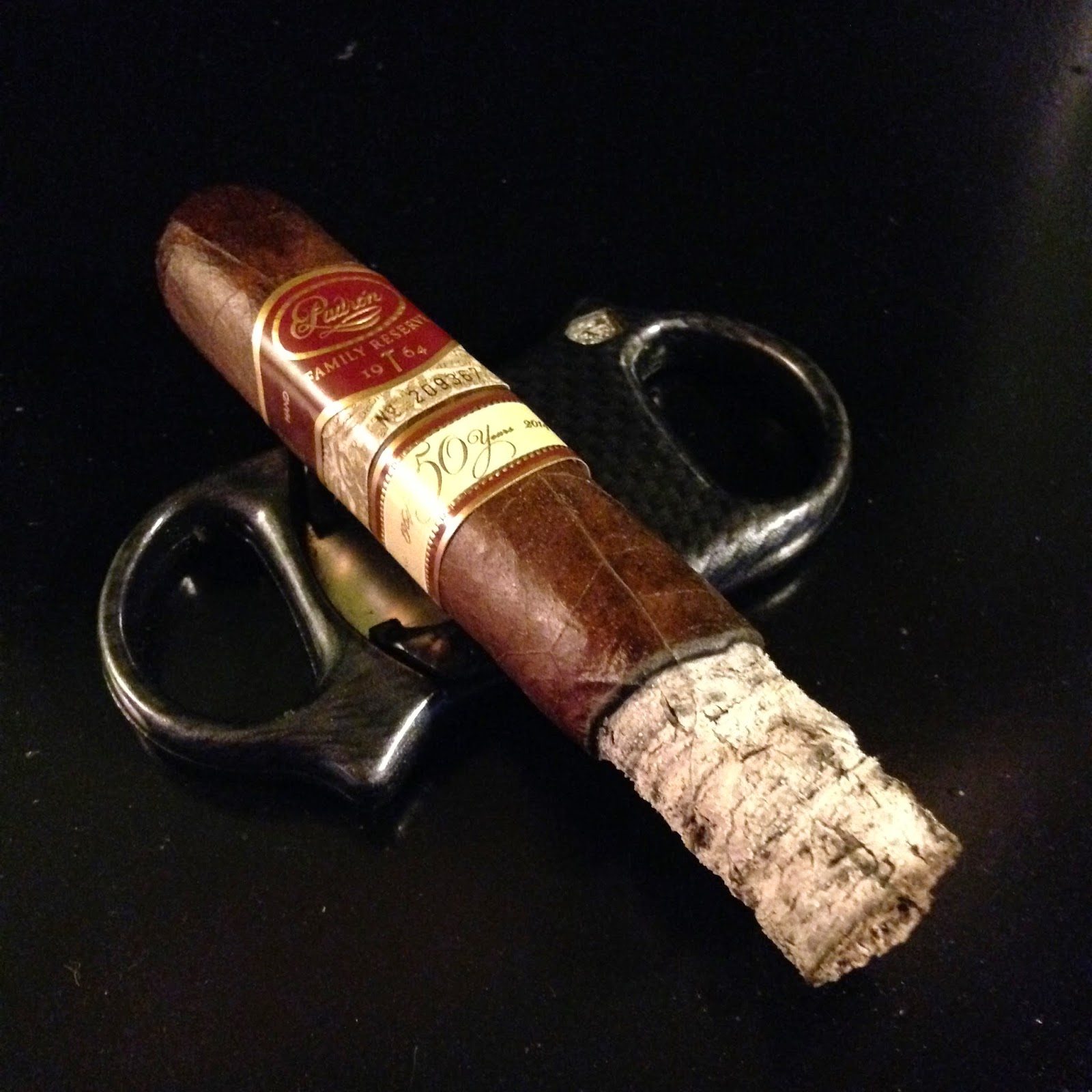 The final third of the cigar continues to show that growth in terms of the darkness of the cigars flavors, and I am picking up a lot of rich earth and tobacco notes. The dark coffee bean flavors continue to be dominant and it is accompanied by some spice notes, focusing on pepper and cinnamon. There are some noticeable dark chocolate notes as well and it is showing a smooth and bold finish. The construction is absolutely terrific in this third and it has throughout. It shows that perfect razor sharp burn line on the end, and it has a solid charcoal ash that is holding on firmly. The draw is cool with the press that was applied, and it is showing some solid smoke production. In terms of body, the cigar finishes at a medium full level and the strength is right there as well. This is a bold Family Reserve, one of the bolder ones I have had, and it will age well. 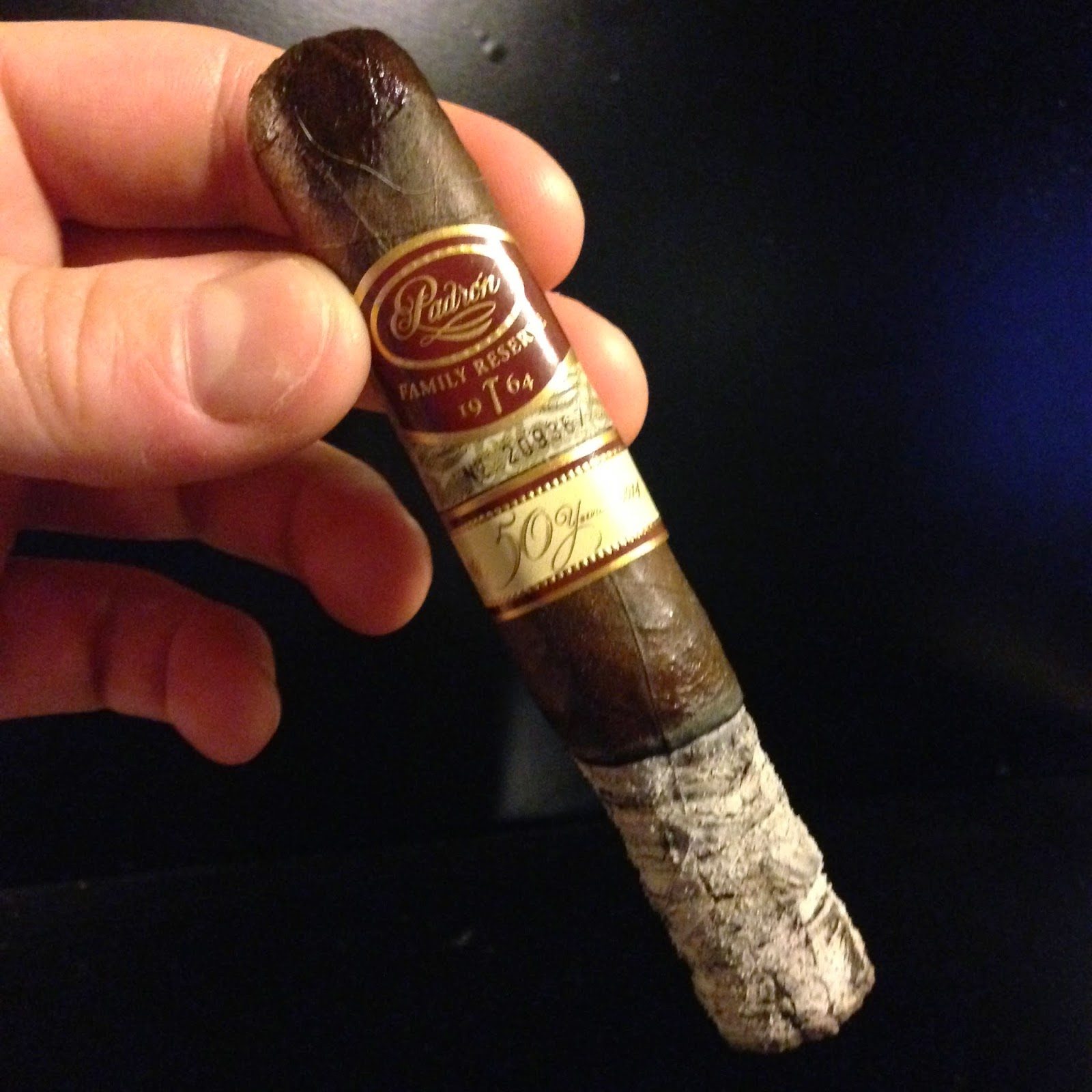 The No. 50 is a very nice offering and I am interested to smoke it in the Natural version. The Maduro was definitely a bold and stronger offering, and it is at a medium full level in body and strength from beginning to end. Looking at the Family Reserve releases over the years, I would say this is the more fuller in body of the vintages, and in my opinion it shows that the smoke will mellow out some in years and really improve. The flavors with the No. 50 Maduro showed darker flavors and it was not a standard Padron in that sense. I understand that there is significantly aged tobacco in this blend, and I would be interested to see what this tobacco was like when it was younger. With excellent construction and flavors of coffee, earth, tobacco and dark chocolate present throughout, this cigar was complex and a lovely offering from the company. It is not my favorite release in the Family Reserve line, it is still hard to beat the No. 45 Maduro, but this is the second best if you ask me. I am giving the smoke a solid 92 rating. I do look forward to the Little Hammer release, and I believe that cigar will be a true masterpiece. 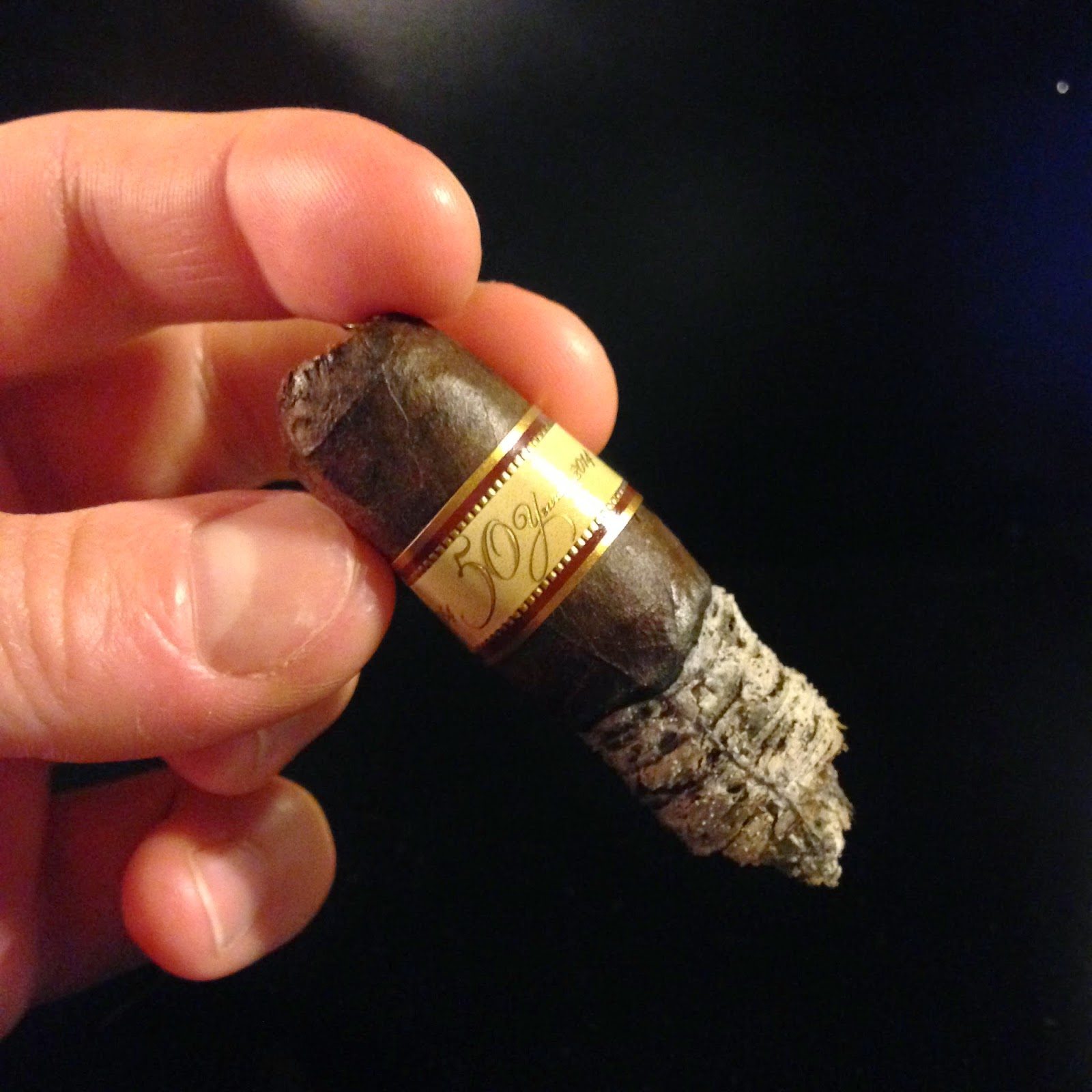