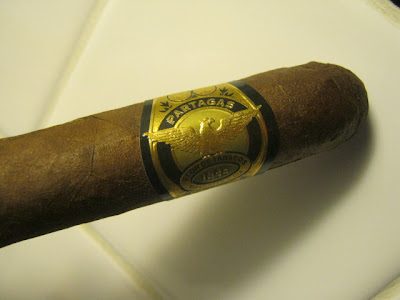 It has been 167 years since the beginning of one of the most famous cigar brands on the worldwide market, and possibly one of the most famous cigar factories, Real Fábricas de Tabaco Partagás. The Partagás brand is definitely one of the most recognizable brands on the market, along with Montecristo, and whether it is Cuban or not, both varieties have their large following. The company was originally founded by Don Jaime Partagás y Ravelo, but eventually the company was purchased by the franchise Cifuentes, Fernández y Cía in 1900. The company eventually was renamed to Cifuentes y Cía, in the mid 1950’s, and continued to run the factory and brand until the Revolution. Eventually the company was dissolved, and the factory was renamed to Francisco Pérez Germán, but the Partagás brand continues on to this day and with this new cigar, it will be the first time that the Partagás brand features an Ecuadorian Habano wrapper.

Led by Jhonys Diaz with the help of Francisco Rodriguez and Yuri Guillen, the three began the process of creating the new Partagas 1845 Heritage Rewrapped. The team began with more than 50 different blends, and with guidance from Benji Menendez, the blends were continuously tested until the final blend was created. If you are unsure of whom Benji Menendez is, he has been working in the cigar industry for over 50 years, and began when working alongside his father in Havana when he was majority owner of Menendez, Garcia y Cia. If you are unaware of what company that is, they were owners of the largest cigar factory in Havana, the H. Upmann Factory, and probably most famous cigar brand of all time, Montecristo.

For this review of the Partagas 1845 Heritage Rewrapped line I chose the Robusto vitola, and the cigar measures 5 ½” with a 49 ring gauge. The first thing that grabs my attention with this cigar is the band. Yes it is running with the cigar, but actually with how the packaging presents it, but it is the imagery that is captivating. The band features the eagle that was present on the original band, and with the lightning bolts it is very Romanesque; it just captures that Roman legion standard quality. As mentioned earlier, the cigar features an Ecuadorian Habano wrapper, first ever on a Partagás, and has a unique binder that is from Connecticut and is Habano Seed. Obviously it received the name Connecticut Habano, and this is a leaf that has been used before with other cigars by General. The filler is a composition of Nicaraguan and Dominican tobacco, and is all ligero priming leafs. The cigar is rolled in the Dominican, and is simply gorgeous. The wrapper is toothy and slightly oily, and it has a very Natural Maduro coloring to it. There are some veins present throughout, and I know they are holding in so many flavors for this great wrapper.

Holding the foot and wrapper to my nose I pick up aromas of rich earth, cocoa, nuts, toast, wood and spices, and I am eager to light it up. Upon lighting I am greeted by flavors that I typically wouldn’t get with a non-Cuban Partagás. There is a nice blast of pepper with each draw, and I am also picking up some woody and salty notes alongside that. There is a nice leather flavor there as well, and I am also getting some stone fruit notes on the finish which is wonderful. The cigar has a nice burn line within the first third, and it is leaving a lovely ash that is light gray in coloring. I would say the strength of the cigar thus far is above the medium level, and it comes off as medium full with the pepper notes. So far this cigar is very enjoyable, and I am picking up good vibes on the remainder of the smoke.

I am in the second third of the cigar now, and it is becoming more complex and rich with each puff. The flavor profile has expanded to encompass some rich earthy notes, and it pairing wonderfully with the stone fruit notes from before. The finish is really that of salted wood and pepper, and though the spices as a whole have died down, the pepper notes are still present. I am still getting that solid burn line from the first third, and you can tell that this cigar was constructed wonderfully. The ash is showing that light gray color to it, and it is producing tons of thick smoke with each draw. With the strength level staying above medium body, and slightly below medium full the cigar is really surprising me, and taking me on a great journey.

In the final third of the cigar I am finding that it is closing by showing all the great aspects from the first two thirds. The dominant flavors throughout the cigar have been that of salt and pepper, wood and some stone fruit, and when I get into the final third those are very balanced and playing off one another very well. The rich earth flavor profile is present as well, and it still has that leather finish that is very balanced between dry and rich. It is very flavorful and complex, and it is really like no other Partagás I have had. Throughout the final third the cigar has kept a perfect burn line and that white ash, and on the final puff of the nub I am getting those rich flavors and it is just then that it gets somewhat warm. Staying between medium and medium full throughout, this cigar was a treat.

This was by far the best non-Cuban Partagás I have ever had, and I feel that this cigar is going to do very well among cigar smokers out there. Like the VegaFina Sumum, this is one of the best released General Cigars has had in some time, and it really shows that these large companies can make some incredible cigar that would do well with “boutique cigar smokers.” The packaging is very unique, which is enjoyable, but more importantly the cigar is delicious and perfect for an evening cigar. It really pairs well with a nice powerful red, and I think the cigar will be even better in months to come. Further aging will soften some of those spice notes, but keep them present and more balanced with the other flavors. You can tell that they spent a lot of time in the blending of this cigar, and that is why it is so delicious. I give this cigar 92 points, and look forward to smoking more, and even guiding some boutique fans back in the direction of the big company; job well done General Cigars!