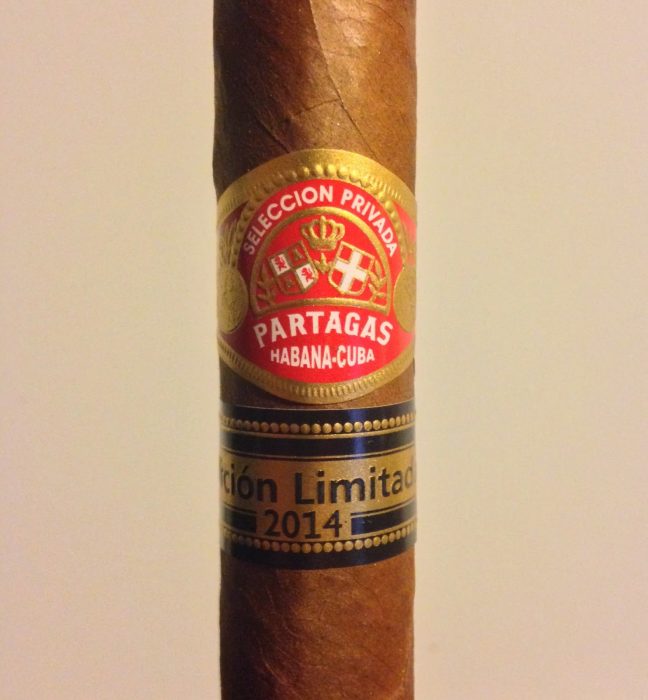 Today we finish up our assessments of the 2014 limitadas, and see how they all line up. So far, they have been in line with past releases, some good and some disappointing, and that happens. I have always struggled with limitadas and regionals, great concepts but sometimes poor delivery, but in the defense of Habanos S.A., the same thing happens with limitadas in the United States. At least Habanos S.A. makes them limitadas and they don’t keep them around afterwards. To finish up the 2014 limitadas, we look at the Partagás Selección Privada, and this release is the one that I was interested in smoking, but not super excited for or worried about. You could say it was my second favorite brand of the three releases last year, and it is also the second favorite vitola of the vitolas released last year. To be honest, I was most excited about the Bolívar, but in the end I was disappointed. (Thus proof of my theory on the limitada and regional releases.) The Cohiba was very good, I think it will be great, but let’s focus on the Partagás.

The Selección Privada was one of the three limitadas released in 2014, and this release was for the Partagás brand. The Habano is a Magnum 50, or Double Robusto, and it measures 160mm (6.3″) with a 50 ring gauge. The Habano is composed of all Vuelta Abajo tobacco that has been aged for a minimum of two years, and the Habano comes in ten count boxes. Total numbers were not released, but production was coming out of El Rey del Mundo. Simply perfect in appearance, the Habano comes with a triple cap that is applied with precision, and a wrapper that has a beautiful Colorado coloring that has a nice classic brown coloring with some red hue throughout. There are few veins present throughout the wrapper, and it has a firmness that is great. The wrapper has a very fine gritty quality to it, and it has some minor oils present as well. There is an aroma of stone fruit, rich earth, heavy spices, and damp wood on the foot, and the wrapper is giving off some dry wood and spice notes. 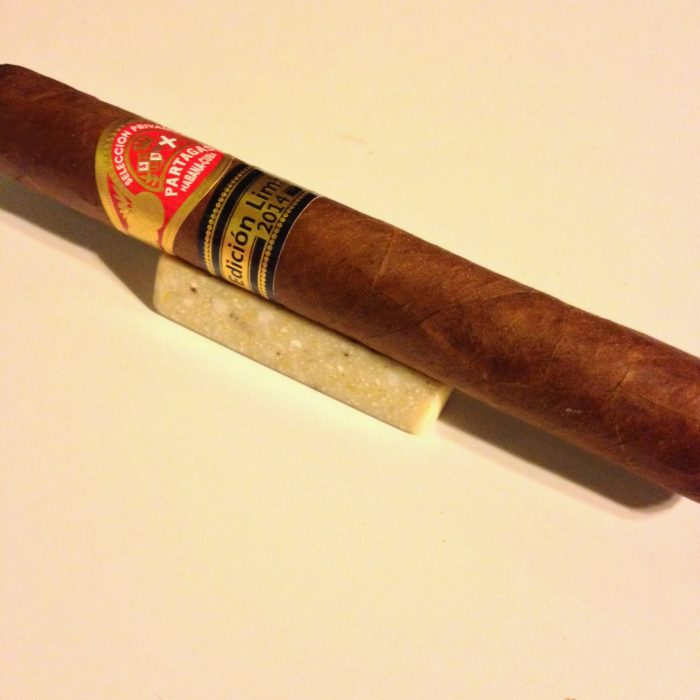 The Habano opens up by showing some nice coffee grind notes, and there is a decent amount of pepper spice present with that. I am getting some faint sea salt qualities, and it has touches of oak and leather on top of that. There are some herbal qualities present on the finish, and overall it is a strong and filling smoke. The construction throughout the first third is top notch, and it is showing a dark charcoal ash on the end of the Habano. There is a cool draw that is giving off a nice amount of smoke, and it has a nice finish overall with the flavors being delivered. I would classify this as a medium-full to full Habano, and it has a nice body and strength level. It is not delivering the flavor profile you typically see with the line, and it is slightly stronger, but I am still enjoying this offering thoroughly. 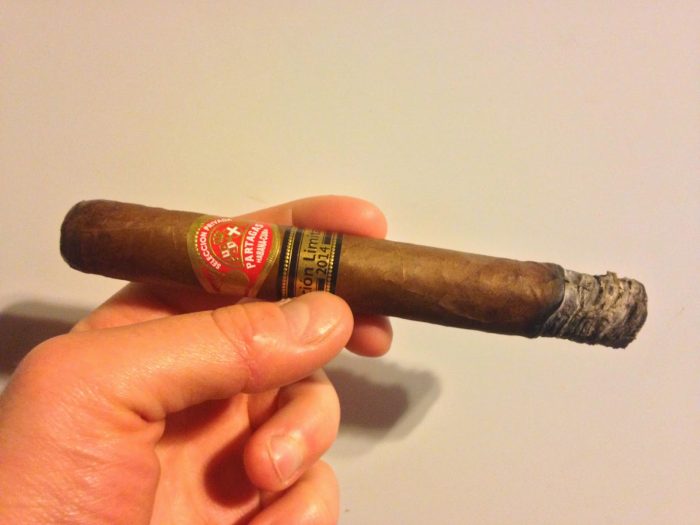 The second third of the Habano is dark and powerful, and I am picking up strong black pepper notes with some herbal and earthy qualities. There are some tobacco and damp oak notes present as well, and it is showing some leather and strong burnt hay flavors on the finish. It is a strong third, and it is showing some of the youth, but I am really enjoying what is being delivered. I think it is a flavor profile that will be fantastic in years, and right now is a strong smoke that a seasoned Habano smoker would enjoy. The construction is top notch in the second third and it is showing an even burn line with a nice charcoal ash on the end. The ash is firm overall, and the smoke being produced with each puff is the perfect amount. I am getting a cool draw with those strong flavors, and this is a well made Habano. I would classify the strength and body as medium-full to full, and I can’t wait to smoke this offering in four plus years when it is softer overall. 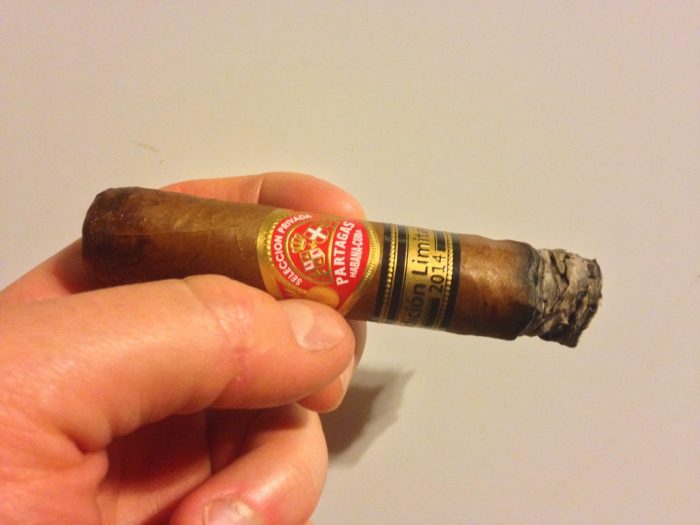 The final third of the Habano shows some strength, more than the second third, but it still has all of those great flavors that were present before. I am getting some noticeable tobacco and damp wood notes, and it is showing leather, pepper, sea salt, and earth. It is not showing those rich, sweet, and stone fruit notes like some regular production offerings, but is stronger and bolder overall. The construction remains top notch in the final third and it is showing an even burn line with a nice bit of smoke being produced on each draw. The ash still has that dark charcoal coloring, and it is holding on firmly to the end of the smoke. I smoke the Habano down to the nub, and it remains cool throughout the entire smoking experience. I would classify the final third as being full in body and strength, and I find that has been the case with all of the 2014 limitadas, and a pattern overall for limitadas in general. 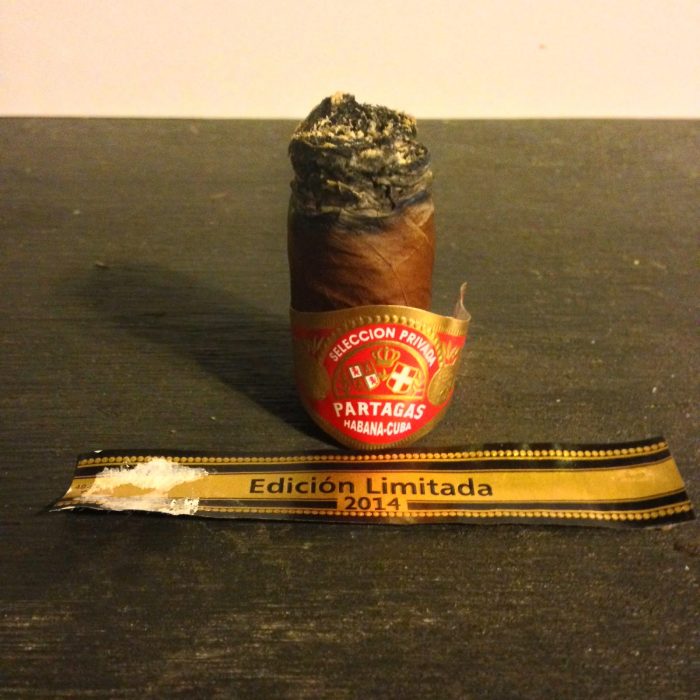 The Magnum 50 is a huge vitola, for Habanos S.A. I should say, and it is a vitola that has being used in regional and limitada releases more often than not. The H. Upmann brand is the only brand to have the vitola be offered in regular production, and in some ways I like it that way. I love seeing it be used in other brands, just to see how they smoke in the size, and I think you would see more Montecristo, Hoyo, and Cohiba Magnum 50s if they were included in the regional program. The Selección Privada is a great example of the size, and it does well with this young Partagás flavors. I think in a couple of years this particular stick will be fantastic, and that is why I am putting stock and faith in it to age well. It delivered strong flavors that were bold and filling, and it came with terrific construction on top of that. While I believe the Cohiba release from 2014 was a better one overall, that should not surprising, I think this will be the more successful of the 2014 releases in the big picture looking back. It is a brand that many people can connect with, and while it is a big Habano, it is not too big for a lot of smokers worldwide. Right now, I would give the Habano a rating between 89 and 91, but with age I think it will hit the 93-94 mark. 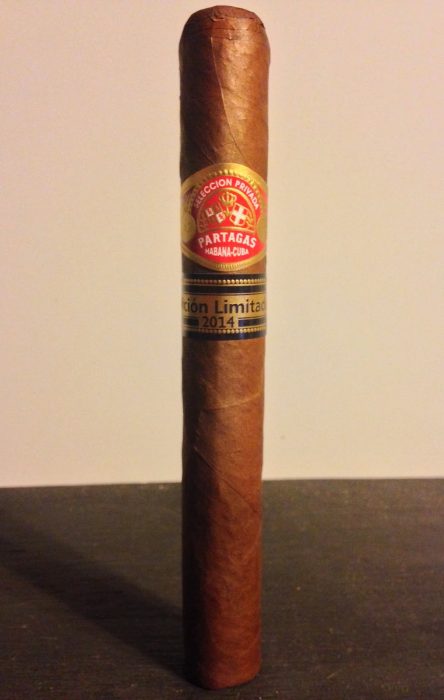