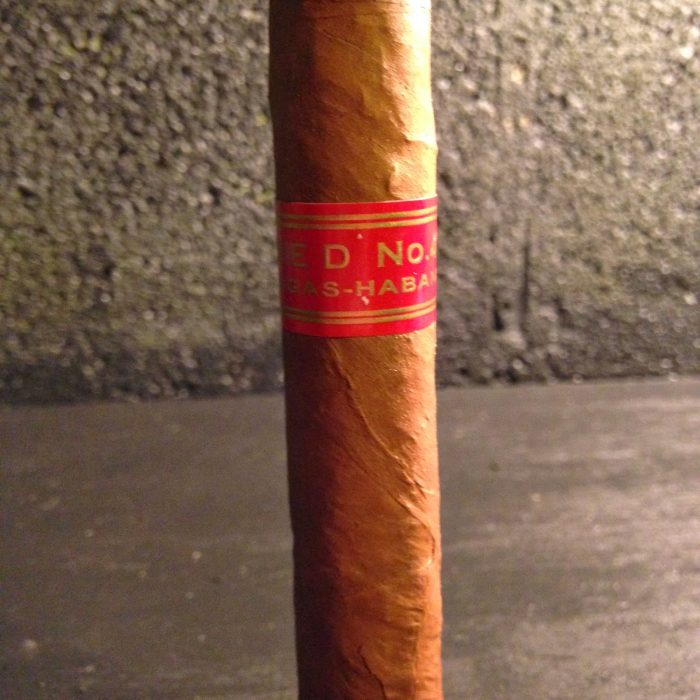 In 1975, Cubatabaco announced the release of a new robusto. At the time, it was just a robusto addition to a well known brand, but if they knew then they were releasing one of the most successful robustos of all time, I think they would have increased the price. Since 1975, the Partagás Serie D No. 4 has increased in demand and popularity, and I do not see that going anywhere soon. It is a classic smoke, and no matter the vintage, you are in for a treat. I have smoked tons of them over the years, tons of them, but one vintage that really stands out comes with a year 2008 and a box code of TEB. In 2008, the Partagás Factory was producing some of the best smokes out of Cuba, and that is why today, I look at the Partagás Serie D No. 4 from that year and with that box code.

The Partagás Serie D No. 4 is probably the most well known robusto on the market, and is a classic traditional robusto. It measures 124 mm (4.9″) and has a 50 ring gauge. The Habano is composed of only Vuelta Abajo tobacco, and is rolled at the El Rey del Mundo Factory now. At the time this Habano was purchased, it was still being made at the Partagás Factory, but it is now closed. The robusto is rolled well and it has a nice flat triple cap. It has a nice coloring to it, a solid Colorado coloring, and it has some small veins present throughout the wrapper. There is a nice firmness to the robusto and this is a well rolled Habano. This particular Habano is from 2008, and has a box code that is the great TEB code. The aroma at the foot of the Habano shows light spices, stone fruit qualities and some earthy and chocolaty notes as well. 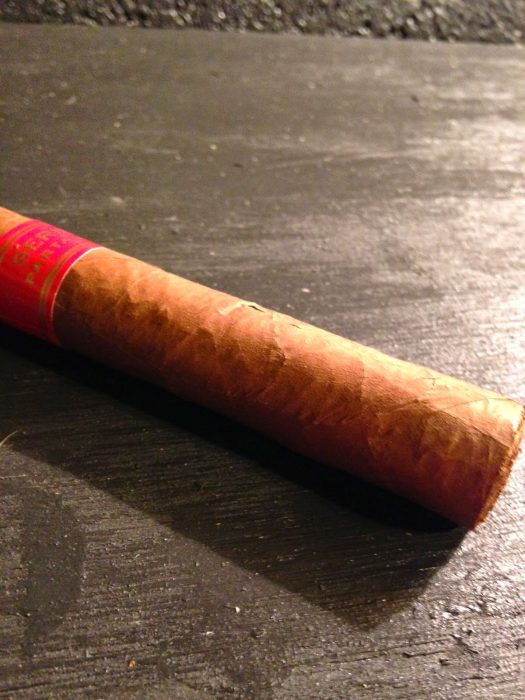 Six years has done wonder to this Habano and it is showing some great aged flavors. I am picking up some notes of soft Asian spices, bits of tobacco and some creamy qualities as well. There are some soft cocoa notes present as well and it has a very faint stone fruit quality that was much more noticeable when it was younger. I am really digging the flavor profile and I am debating whether or not I liked this more when it was younger or now with the age that it has undergone. In terms of construction, the Habano is performing fairly poorly and it is showing a very nice uneven burn line, little joke there, and with that is a solid charcoal ash tat is holding on firmly to the foot of the smoke. The body and strength are smoking at a medium level and this is a Habano I would have in the morning or evening, without hesitation. 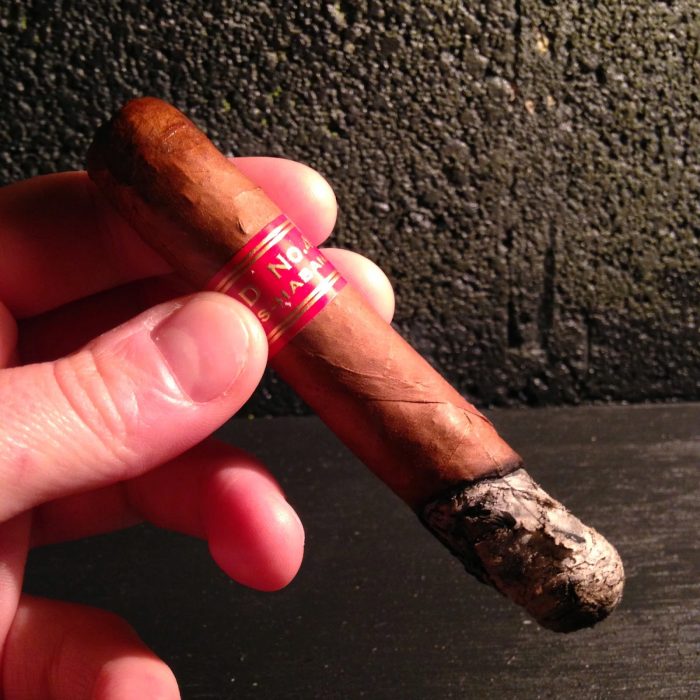 I am in the second third of the now and it is beginning to show some more noticeable flavors to the Habano when it was initially released. I am getting some nice stone fruit notes on the forefront and it is accompanied by some nice earth, tobacco and wood notes. There are some spicy qualities present as well and it is showing some Asian spice and pepper notes. I like the change in the flavors in this third, and it is like a blast from the past. The construction has improved, much better than it was in the first third, and it is showing an even burn line with nice charcoal ash on the end. The draw is cool and producing a ton of smoke, and the first third was almost a different Habano when comparing it to the second third. The body and strength are slightly above medium in this third and while it not at the medium-full level, it is closer to then rather than medium. 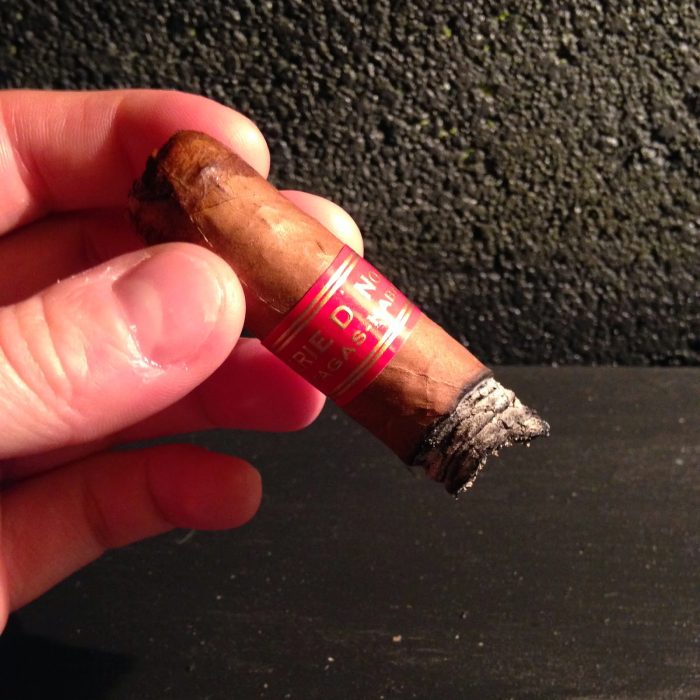 The final third shows a lot of the same flavors that were present in the first third and while it did not show much change or transitioning, I liked where the Habano went. The stone fruit flavors were pairinig perfectly with the Asian spice and pepper notes present, and the finish of tobacco, wood and leather added a nice complexity and finishing touch. To me, it was a classic Serie D No. 4, and the first third was almost a mistake when looking at the rest of the Habano. The body and strength are still at a medium full level now and this is how they smoke a majority of the time. I have found that they are sometimes stronger or lighter, but 90% of the time, this is how they smoke. The construction remains perfect in the final third as well and it has that even burn line with a nice charcoal ash on the end. The final draw is cool and flavorful, and I am satisfied when done with it. 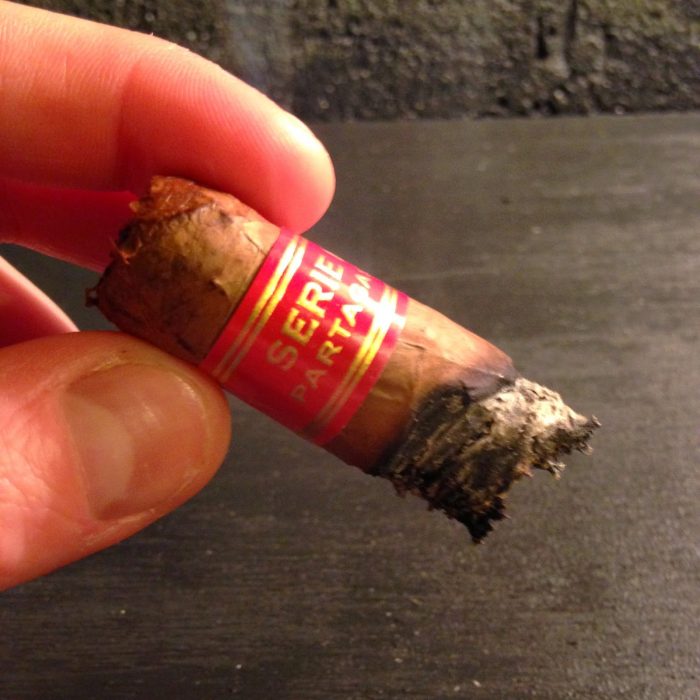 The Partagás Serie D No. 4 is a classic robusto for Habanos and a classic example of the Partagás brand as well. There is a reason why this is loved by so many smokers, and the reason for that is its consistency and enjoyable flavors. For some time, it was my go to robusto, but as I expanded into other brands in the Habanos S.A. portfolio, I found that there were other robustos more to my liking. This is still a great robusto, one that I really enjoy, but it is not my favorite robusto as it use to be. I actually find that the Serie D No. 5 is more to my liking, and with it being somewhat smaller, it delivers a very similar flavor profile. In terms of aging, this robusto has changed some in the six years that it has been aging, but not to the extent that I was expecting. The strength and body have gone down, but there has not been a major shift with the smoke as I would have expected and somewhat hoped. When it was young, I would give it between a 91 and 93, but with age, I would say it improved very slightly to smoke around a 92 to 94. 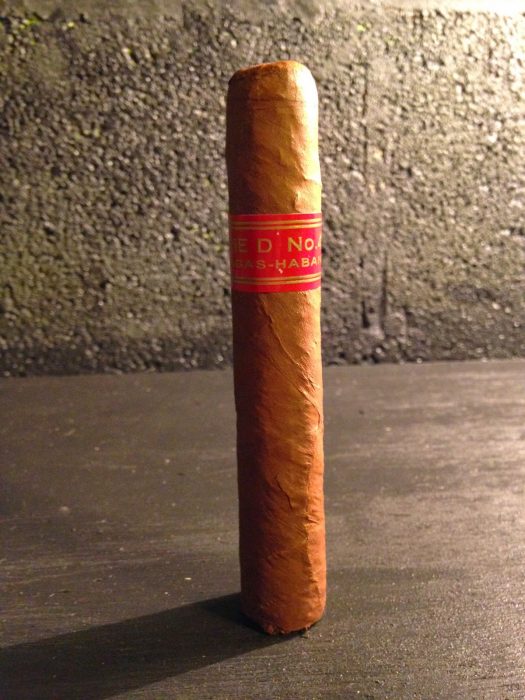