Partagas is a brand that is hit and miss with me, with more misses it seems then hits really.  That could be due to a relatively large line, that I normally gravitate to the smaller cigars.  The Partagas D4 is a must try, and legendary amongst Habanos smokers, and to be truthful, I think it sucks.  I have never had an 8-9-8 that has blown my mind either.  However, the shorts are an island smoke, and old Lusi is one of my favorite double corona, so I am always game to check out anything from Partagas as I never know if it will hit my palate right.  Going in to the D5, I assume this is nothing more than a shorter D4.  What I find odd is it tends to be a bit more expensive then the D4, which is probably why I have shied away from it.  Class was only a few hours away in this instance, and my time slot to sneak one in was perfect, given my need to do some light reading this fine afternoon. 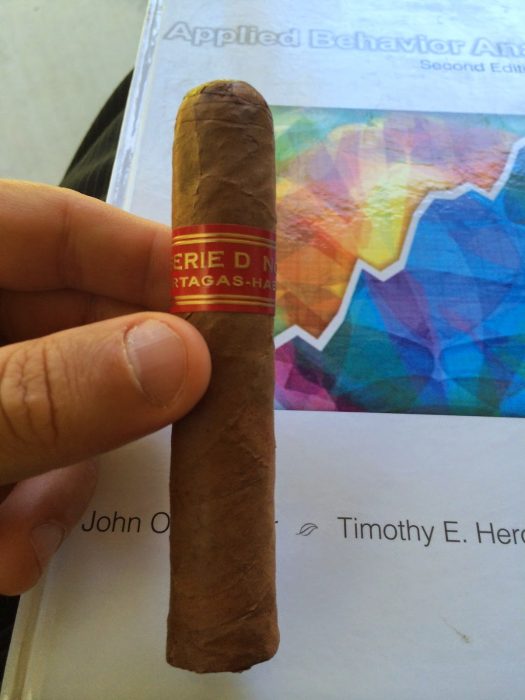 First Third: Creamy and nutty, kind of like a wonderful dessert of sorts is the way the Partagas D5 began for me. The retrohale was very smooth, and the beginning surprised me a bit.  I began to detect floral notes, as well as dried oranges, while the retro had a stout feel to it.  As I progressed through the D5, an earthy note came out that finished into cedar to round out a wonderful first third. 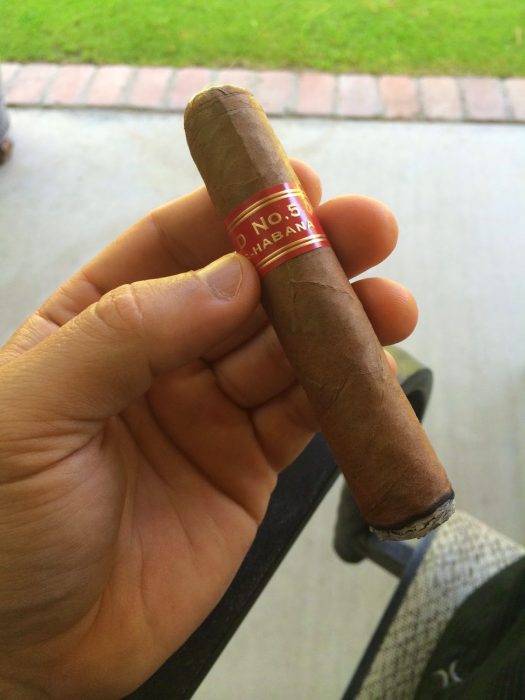 Second Third: The nutty flavors continued to impress, leaving behind a long finish with a hint of pepper.  The earth undertones became a bit stronger, with some floral notes still hanging around.  The dried orange had disappeared, but the midpoint saw a cream flavor show up, which always makes me smile.  I love it when cigars get that flavor, and when I’m not watching calories, I buy microbatch cream soda’s regularly to pair. 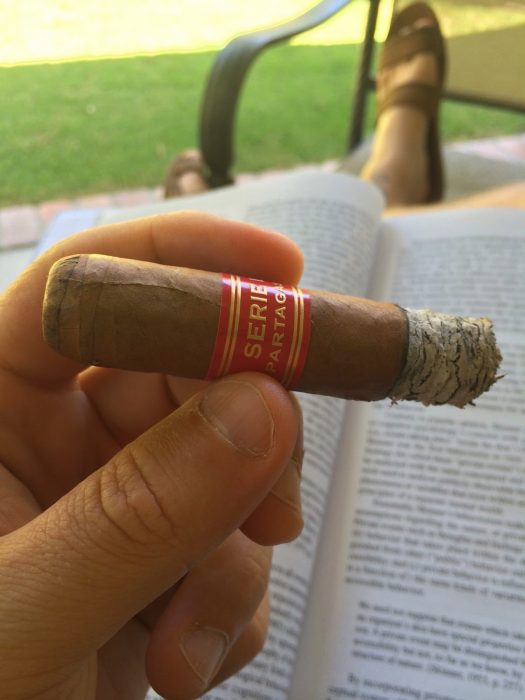 Final Third: The earth note picked up that unique Cuban kick to it, reminds me of jerk seasoning at times.  The flavor is not spicy in terms of pepper or heat, it just had that unique flavor you only experience with Habanos.  The cream soda notes were still alive on the draw.  The main change, was the jerk flavors settling on the tongue post exhale.  The draw picks up the cream soda coming in, while the exhale rolled out the jerk flavors over the tongue, only to settle coating the mouth in its entirety.  The ending became very strong, too strong for my tastes, but this was a young cigar, and only for the last half inch really. 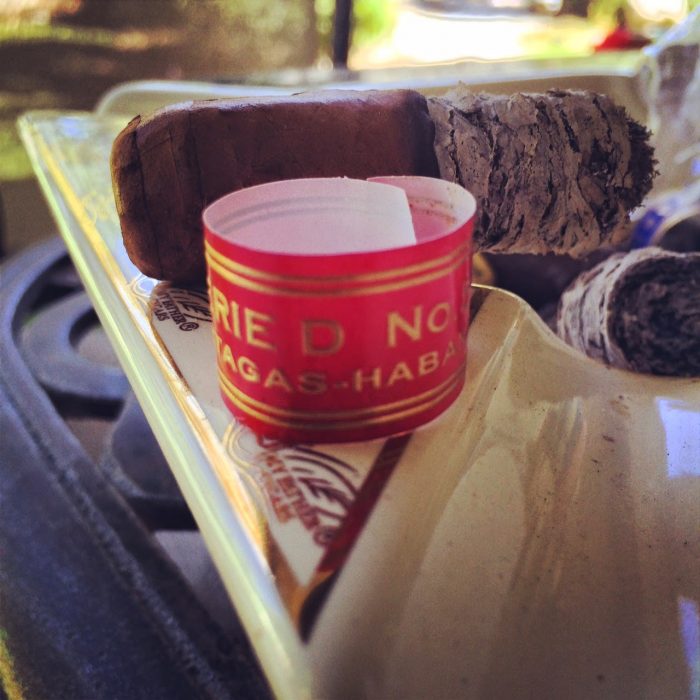 Final Thoughts: I am not a fan of the famous Partagas D4 as stated, which everyone and their mother seems to love.  I actually suggested reviewing this cigar this week, assuming I would hate it, so Tuna and I could argue on the show Saturday.  The reality is, the D5 was excellent, and light-years better then a D4 in my opinion.  I am not sure this is a box buy for my, as given the price I think the shorts deliver a similar experience for much less, and about the same amount of smoking time.  I burned this guy to the nub in about an hour, and they tend to run upwards of $7-8 at your friendly neighborhood local LCDH.  However, this is easily fiver worthy if not box split in my book.  The Partagas D5 is definitely something I would carve room in the wineador for and keep a tenner on hand.