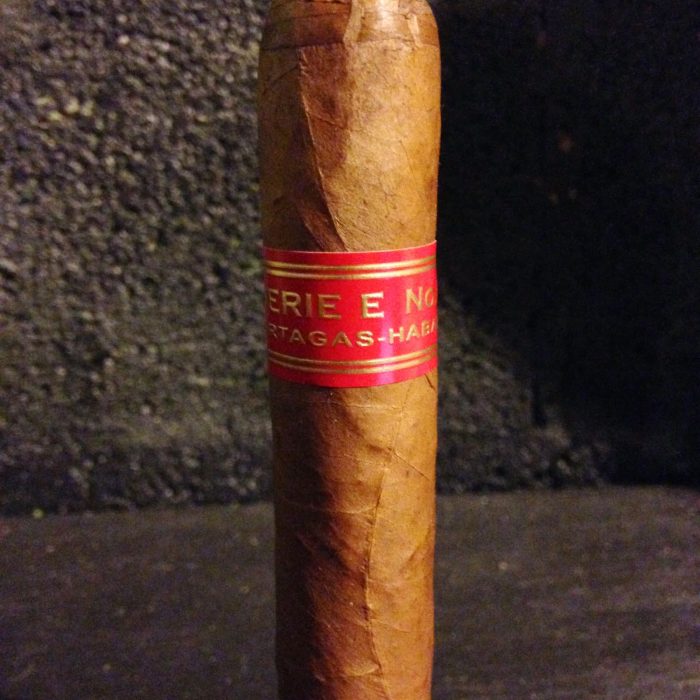 Habanos S.A. is always a couple years behind the American market in term of the sizes being used on their Habanos. I think it ranges from three to five years, and it is almost as if they want to see how successful a new vitola is before they put it on the market. I typically think Habanos is covered in the 40 ring gauge market, and that is why there has been an increase with the number of 50 plus ring gauges they are putting out there. We recently saw their first 58 ring gauge with the Cohiba Robustos Supremos, a 2014 limitada, and who knows when we will see them get into the 60 ring gauge market. Backup a few years though, and in 2010 and 2011 we saw Habanos S.A. release two Habanos with  54 and 55 ring gauges. It may not seem like anything now, but at the time it was a big deal. In 2010 they gave us the Romeo y Julieta Wide Churchilli, a 55 ring gauge offering, and a year later we got the Partagás Serie E No.2, a 54 ring gauge offering. I enjoy the Wide Churchill and think it does positive things for the RyJ brand, but today we look at the Serie E No. 2 and see what it does for the Partagás brand.

The Serie E No. 2 is one of the latest additions to the Partagás brand, and I consider it the largest even though the Lusitanias is a Double Corona. It is composed of all Vuelta Abajo tobacco, and it is rolled at El Rey Del Mundo Factory in Habana. The Serie E No. 2 is classified as a Duke in the factory, and it is a robusto extra that measures 140 mm (5.5″) with a 54 ring gauge.  A well rolled robusto extra, the Serie E No. 2 is a massive Habano that is lovely in appearance. The triple cap is applied very well and it has that classic Partagás appearance. The wrapper is silky in texture and it is showing some nice veins throughout the smoke. It has a nice dark Colorado wrapper, and it has a nice firmness in hand. The foot has an aroma of hay, wood, and grass notes, and the wrapper is showing some similar aromas and it has a nice pepper quality with it. 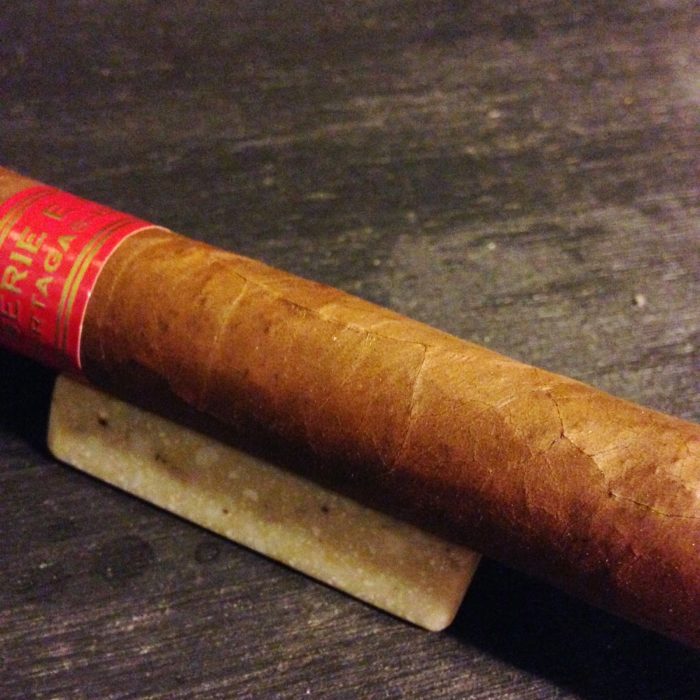 The Habano begins by showing some classic brand flavors, and I am getting some stone fruit and spice notes. There are some leather and salted wood notes with that, and it is a filling profile. It has some grassy and creamy aspects present as well, and in the larger format the blend loses some of the earthiness and cocoa qualities that you get in some smaller formats. It is definitely unique in the vitola offering, and enjoyable. The construction throughout the first third is fairly solid though, and it is showing a nearly even burn line with a solid charcoal ash on the end. It has one area that needs to be touched up, but overall it is not a major issue. I am getting a nice draw and smoke production as well, and it is a nice Habano. I would classify it as being medium in strength, and the body is right there as well. 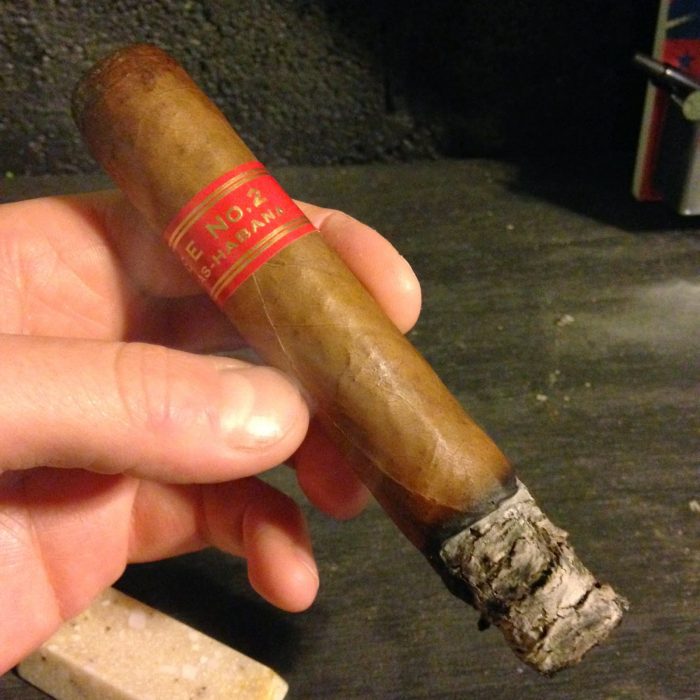 When I get into the second third of the Habano the stone fruit notes become more present, and they are pairing with those spice notes from before that are showing more pepper qualities. There are the salted wood notes present as well, and it has a nice woody and leather finish to it. There is a touch of caramel and sweetness present as well, and it has a finish that is showing some grassy and hay like qualities. The construction drops some in this third and it is showing an uneven burn line throughout. The ash still has that charcoal coloring though, and it is holding on well. I am getting a great draw though with the Habano, and if it wasn’t burning poorly I would like it more. I would say that it is smoking at a medium-full level for both strength and body in this third, and it is showing some growth in that sense. 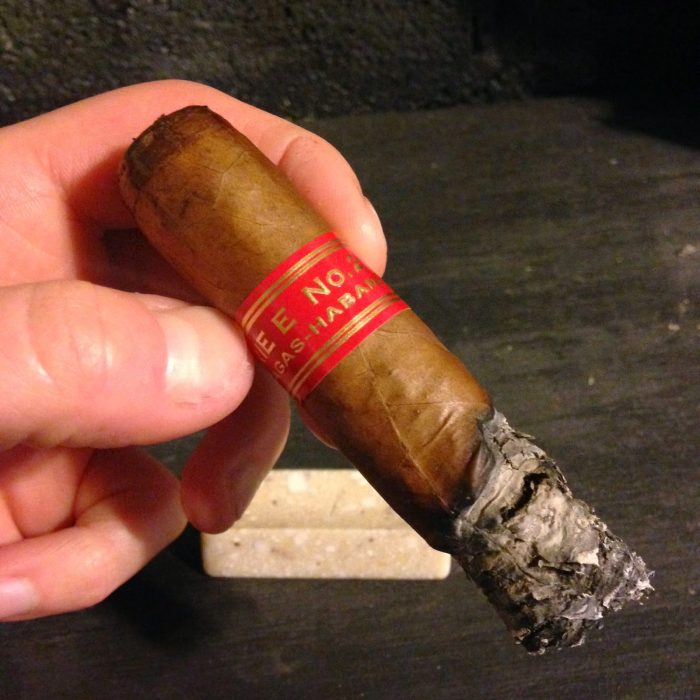 As the Habano comes to a finish, it continues to deliver the flavors that were present in the first and second third, and while they were not bad, they were not showing any transitioning like I hope would be present. It is still that core flavor profile of stone fruit and spices, and it has a nice salted wood and leather present. There are the nutty and grassy notes present on the finish, and it is a variation of the classic flavors that are present in the Serie D No. 5 and Serie D No. 4. It is not a bad flavor profile, but not one I am crazy over. The construction improves as well in this third, and it is showing a more even burn line with that solid charcoal ash on the end. The draw is cool and smooth, and it is flavorful to the end. I would classify the strength and body as being medium to medium-full at the end, and I put it down with a little bit left. 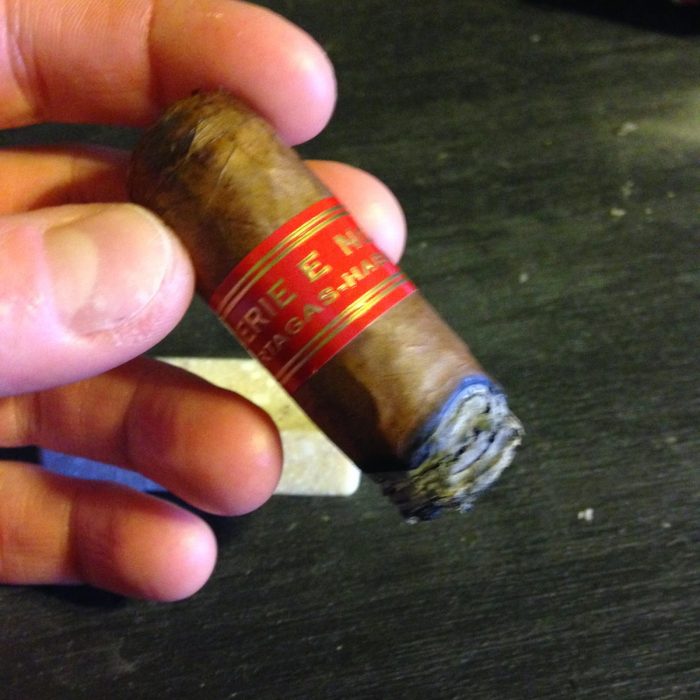 I have never been one that has loved the Serie E No. 2. To me, it is a release that is aimed for the modern smoker and is simply a larger Habano with not special added to it. There are some that love it, proclaiming it is a larger Serie D No. 4, but I disagree and believe that it is not the same Habano. I feel that in a larger ring gauge, the blend is changed for the worse, and it loses some of those stronger and richer qualities that are present in the smaller offerings. I am going to choose a Serie D No. 5 over this any day of the week, and I would rather pick up an 8-9-8 as well more often than not. With that being said, the Habano is not terrible, and it delivers some positive attributes with the overall disappointment. The flavors are enjoyable throughout, and it has fairly solid construction as well. I have had some that smoke great in terms of construction, but I have also had some that don’t smoke as well in that sense also. I wouldn’t buy a box of them, I think there is better stuff to pick up, and that is why I would give it an 87-89 with a young rating and a 90-91 with some age on it. 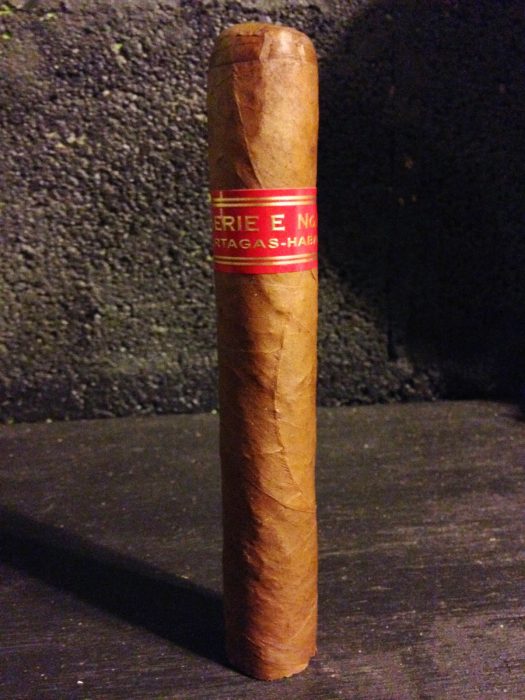