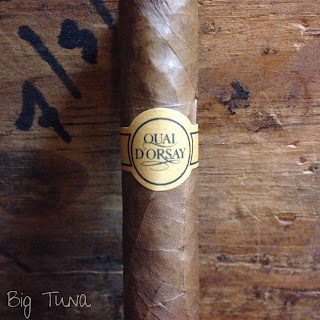 Al I can say is that this review is for Catfish, and if it were not for him I would not have smoked the brand any more than I have. Let’s take a look at the Quai d’Orsay Coronas Claro and get the opinion of Big Tuna.
In production since 1974, the Coronas Claro is one of the original vitolas in the Quai d’Orsay brand, and at one time a total of five regular production vitolas were coming out of Habana. Since 2011, three regionals have been produced, making a total of eight vitolas ever for Quai d’Orsay, the smallest brand in the Habanos S.A. portfolio. The Coronas Claro is a corona in definition, and it measures 142 mm (5.6″) with a 42 ring gauge. The blend is composed of tobacco from Vuelta Abajo, and production is stemming from La Corona  and H. Upmann. The Habano is rolled wonderfully and it comes with a nice triple cap on the finish. The wrapper has a coloring of light Colorado, and it is a combination of Natural and Colorado. There are some veins present throughout, and they are medium to large sized veins. The wrapper is very smooth in texture and it is silky overall. I am getting an aroma of light tobacco, spices, and cedar off of the foot, and the wrapper has some leather, nutty, and tobacco qualities. There is a nice dry draw, and it is showing a lot of the flavors notes on the draw. 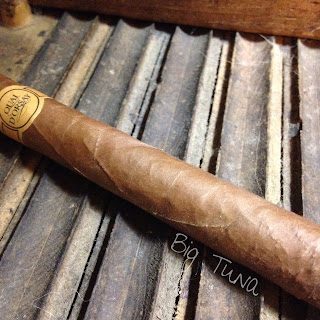 The first third opens up by showing some great cream notes, and it has this awesome sweetness present with that. There are some sugarcane and cedar notes present as well, and it has some tobacco qualities present with that. The finish is of sweet spices, and I am picking up some cinnamon notes that are paired with some awesome sugar qualities. Overall, a very flavorful Habano, and I can see what Catfish was saying about this particular smoke. While the flavors are around the medium level, I would say the body is just below that and the strength is below that. It is fairly mild overall, and that makes it appealing for a lot and approachable in the morning or afternoon. To me, it is not an evening Habano, but some might find that it is. The construction is perfect throughout the first third and it is showing an even burn line with a dark charcoal ash on the end. The draw is a little snug however, and it is producing a soft amount of smoke. 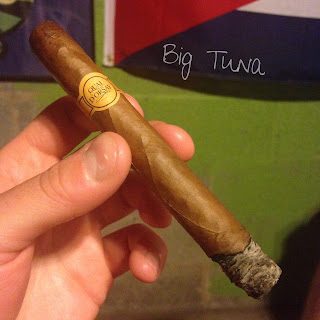 I am in the second third of the Habano now and the sweet spice notes are making a break for the lead, and the Habano is showing some great cinnamon and sugar notes. I am getting some creamy aspects as well, mostly near the finish, and it has some cedar, leather, and tobacco flavors on top of that. It is a lovely flavor profile, and you could say that it is complex overall. It has a medium level flavor profile, and I would say that the strength and body have increased to show a more medium level aspect. It is a balanced cigar, and one that I would come back to quite frequently. I would not say it is an evening Habano for me personally, but I could come to it at many times of day and be pleased. The construction gets a little off track in the second third and I begin to see an uneven burn line for a part of the third. The ash has a nice dark charcoal color and it is an ash that is holding on firmly to the end. The draw is cool, and it is producing a small bit of smoke with each draw.

When I enter into the final third of the Habano I find that the flavor profile being delivered is fairly similar to that of the second third, but it is a very enjoyable flavor profile. I am picking up those sweet spice notes and the cinnamon and cream notes are absolutely terrific. There is a finish of coffee and cedar to the smoke, and this is absolutely my type of Habano. Very different than the discontinued Churchill offering, this is a Habano I would turn to frequently. I would classify it as being medium in the end, and it has a soft strength and body level that are just below medium but far above mild. The construction improves in the final third and it is showing a fairly even burn line with that dark charcoal ash on the end. The draw is smooth and cool to the end, and the final draw shows a lot of flavors and a small amount of smoke. 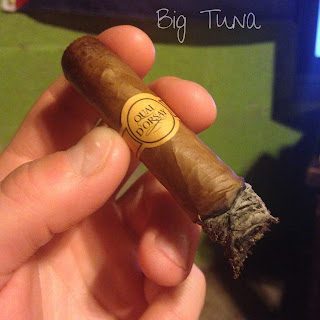 I was hesitant of the Coronas Claro at first, but after smoking I can see why Catfish loves this Habano and the brand. It delivered nothing but terrific flavors from beginning to end, and with those flavors was a nice level of complexity and depth. It is a Habano I could turn to in the morning and afternoon, and I can see these aging so well and smoking incredibly many years after getting a new box. The flavor of sweet spice, cream, cinnamon, and cedar were really great, and they are staying with me now. The body and strength really work well with the flavors throughout, and it is so important to have a cigar that is balanced and have every part moving in the same direction at the same time. Though production of the brand is not great, nor should it be, it is not a brand to be overlooked and I would strongly recommend that smokers out there reach for the Coronas Claro and experience what I am talking about. With age, this Habano gets between an 87 and 89. 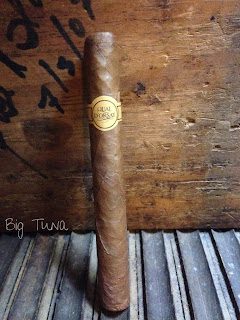