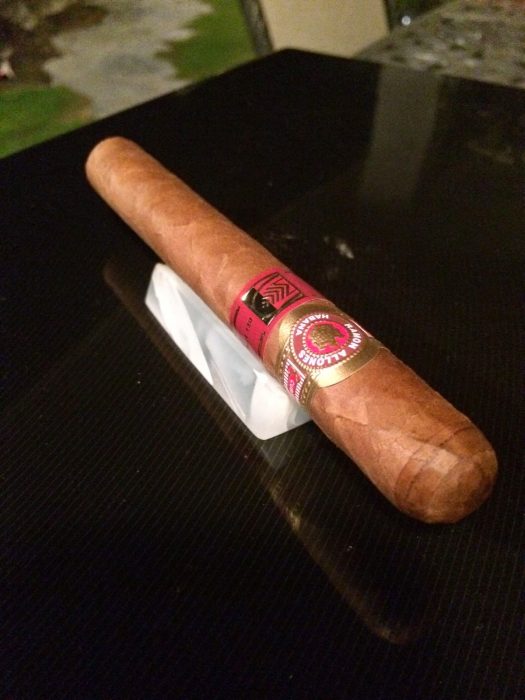 Ramon Allones, the brand I want to love, kind of love, yet never seem to go deep on.  I placed a thread in the Cigar Cartel Group to see what members wanted me to review, and the overwhelming choice was the Ramon  Allones LCDH Superiores Grand Corona release.  Generally, I am a corona gorda whore, so my expectation was high going in. I am not sure of the box code or date, but I am pretty sure it came from the 2012-13 MUR codes, as I got it from a good BOTL Perkinke. The release is specific to La Casa del Habano (LCDH), was released in 2010 with 5,000 cigars made in boxes of 10.  However, they seem to be continually produced, and 2014 boxes are showing up.  From what I have heard, the 2012 MUR codes seemed to be the ones that brought attention to the blend specifically.  I have not heard any feedback on 2014 production.

First Third: Stone fruit immediately hit my tongue on the draw, complimented by a floral nose.  Smooth  light milk chocolate seemed to envelop the texture of the draw, and coat the palate.  My mind was tickled with thoughts of Sees Candies, the ones filled with berry filling, or some other fancy box that buys favor with the woman.  While the Superiores was incredibly smooth, I did not find the finish long or as developed as I would like.  Given this is an LCDH release with aged tobacco, and the cigar probably has a good year or two on it, the finish of the first third was not as developed as I would have guessed. 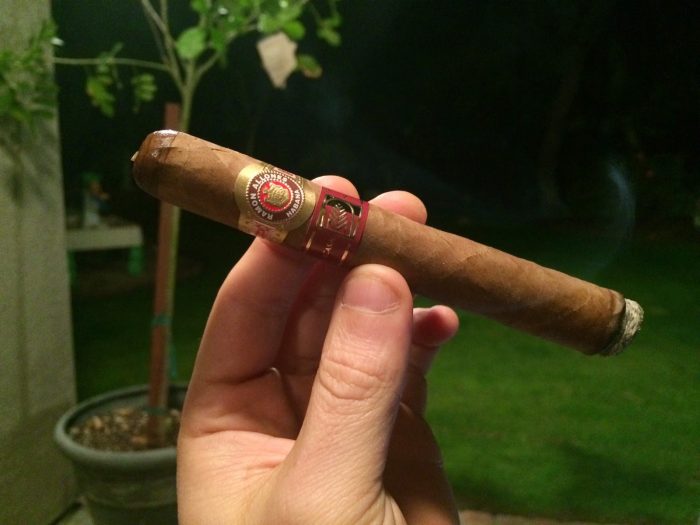 Second Third: The stone fruit and cream really began to shine now, and my guess is age will do wonders for this blend.  The combination of flavors went away from the milk chocolate flavors, but kept the cream nuance.  At least once a week or so, I grab a hoagie from a deli that has been around for decades with amazing cold cuts, and I always grab a cream soda.  The Superiores was in the cherry cream soda world at this point, with added notes of white pepper in a faint manner through the nose. 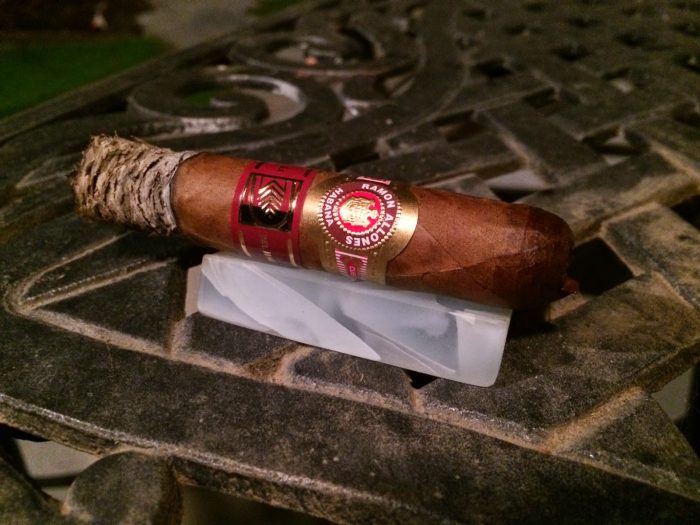 Final Third: A shift to a straight light roast coffee flavor happened, and the finish still lacked the depth I crave from Habanos.  The white pepper hints defined into coriander, which makes sense to my palate, as I associate coriander with some cream sodas and Belgian ales.  The coriander was sharp, pronounced on the palate and through the nose, with a touch of cedar for depth.  The finish finally arrived in the finale, as well as a brown sugar note.  The final five minutes were the best part of the Superiores.

Construction:  Nothing to report. 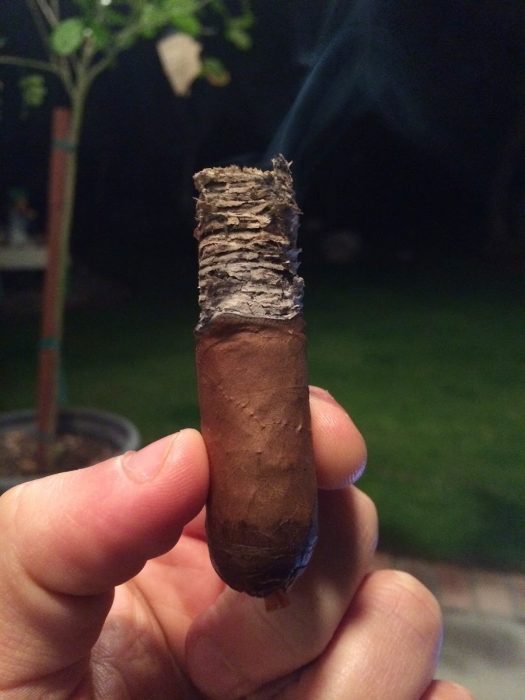 Final Thoughts: I have had better experiences in terms of finish with regular production cigars.  In that regard, I was a bit disappointed with the Superiores.   I would argue the finish of the Small Club Corona I reviewed recently was better with comparable age.  That being said, the flavor of the draw was delightful, with plenty of potential for depth and development.  My experience with Ramon Allones as a marca, is that over time, they tend to develop significant complexity, but you must be patient.  The Superiores is also a different take on what I consider the normal Ramon Allones flavors as well, which is what intrigues me about the blend.  I can highly recommend this release, but would probably not grab them unless I saw them on a decent sale.  Thus far, I have been extremely happy with any release from the MUR factory codes.