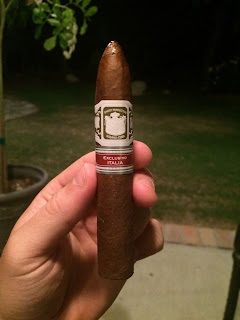 Scrolling through the Regional Editions of the Ramon Allones brand is rather extensive. I must admit, that having tried several, they never seem to compare the the regular production in terms of value, or differentiate themselves enough to justify the price tag and search. I happened to stumble upon some of the Edición Regional Italia Short Perfecto and waited patiently before I fired one up for review. Ramon Allones had three Regional releases in 2014, with Swiss and Lebanese releases to compliment the Italian. I know the Swiss release had the same vintage green band, which I must say pairs well with the red regional band in terms of presentation. The release comes in boxes of 10, with 5,000 of the Edición Regional Italia Short Perfecto were produced. They hit the market earlier this year and seem to be done circulating by summer. The short perfecto is actually a Petit Pyramides, measuring in a 5x50rg. 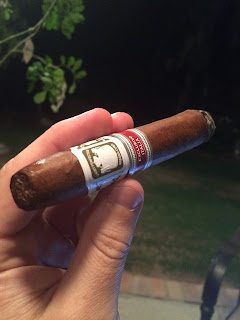 First Third: Immediately, my palate was assaulted with the cocoa flavors, as well as slight green pepper notes through the nose. The finish of the Ramon Allones Edición Regional Italia Short Perfecto absolutely kicks ass. A well defined sugar sweetness hit front of mouth and on the tip of my tongue. Overall the profile was very creamy, reminding me of milk chocolate, and you could say I was in love. 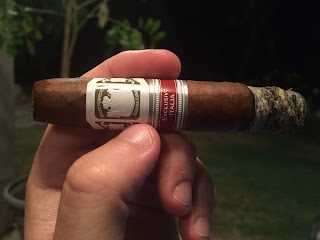 Second Third: I was beginning to think this should be a Swiss release, because the Ramon Allones Edición Regional Italia Short Perfecto tasted like Swiss chocolate honestly. The complexity was nothing special, but the finish was lush, draw was creamy, and the nose had enough green pepper burn to balance. The sugar note became so prominent mid tongue, that I felt like my entire tongue was coated at times. By now, the Short Perfecto was nothing like a Ramon Allones blend, yet fantastic in it’s own right. 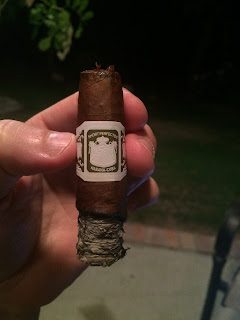 Final Third: Complexity began to arrive as I neared the finish line. Citrus tang hit the mouth, like the ph had changed in a way. The shift was very distinct, and the first major change. Roasted nuts showed up on the nose, and the Ramon Allones Edición Regional Italia Short Perfecto became less of a milky chocolate bomb. The complexity seemed to swim back and forth on my palate between the citrus, roasted nuts, and initial chocolate flavors, a whirlwind ending. 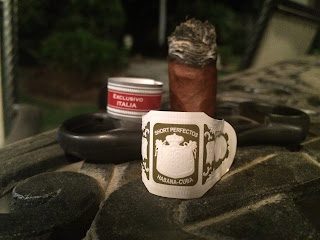 Final Thoughts: This is a release to go deep on if you can afford to. Given the nature of obtaining releases like this, chances are you will pay a premium. However, I have a feeling over time the complexity will shift forward into the middle of the cigar and provide more distinct changes really. For now, the Ramon Allones Edición Regional Italia Short Perfecto is nothing short of a chocolate bomb with an amazing finish and well worth the search. I am very happy I got the chance to smoke one, and look forward to my next experience and aging some down the road.