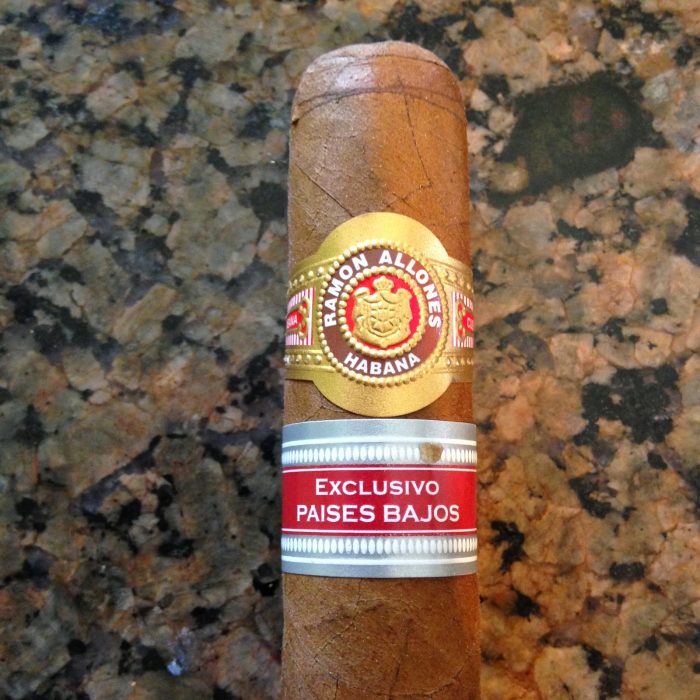 If you look at the Regional Edition program since it was first conceived, there have been two brands that have dominated the demand of distributors to become regional releases. The first brand is Bolivar and the second is Ramon Allones. When the program was first started, Bolivar was the dominant brand to be chosen to become a regional release, but in recent year Ramon Allones has been making a comeback. Bolivar still has 25 and Ramon Allones 14, but it is a lot closer than it was years ago. I love the two brands personally, and more often than not those are two brands I smoke frequently. I have not smoked nearly enough of the regional editions, but today I am looking at one from 2013 for Ramon Allones. The Habano is the Specially Selected Robusto Corto, and it is a release for Países Bajos/The Netherlands.

Measuring 102 mm (4.0″) with a 50 ring gauge, the Habano is a petit robusto in nature. This regional release was released for the Netherlands, Paises Bajos, in 2013, and I don’t have the exact number of production in front of me. The Habano is composed of all Vuelta Abajo tobacco, and this was a one and done release. The Habano was oWith a beautiful regional and Ramon Allones band, the Habano sports a wrapper that has great coloring. It is showing some solid Colorado qualities and it has some Natural aspects as well. There are some veins present throughout and it has a great triple cap applied. It is firm in hand and has a texture that is slightly oily and smooth. The foot has an aroma of earth, wood, stone fruit and spices, and the wrapper is giving off an aroma of spices, leather and tobacco. 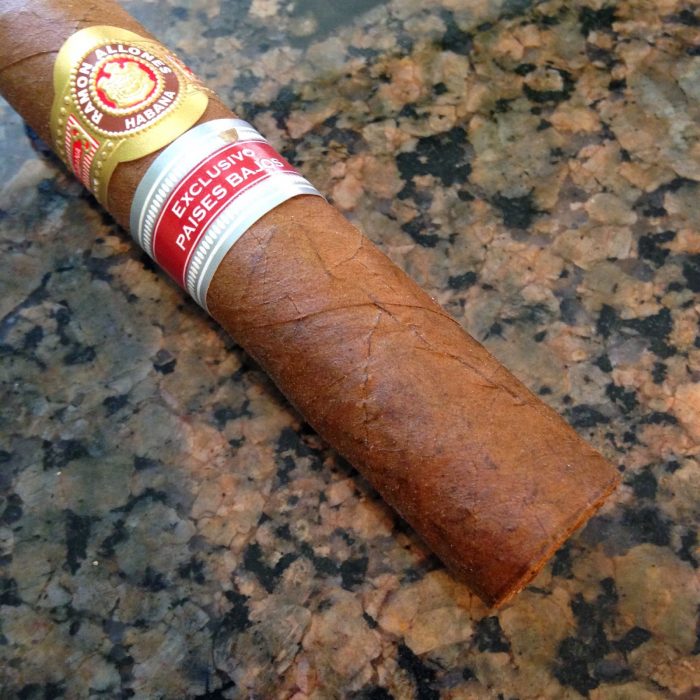 The first half opens up by showing some strong nut and oak notes and it is paired with some dark stone fruit qualities as well. There is a touch of pepper and spice present as well and it has some toast and barnyard qualities present on the finish. It is definitely a full flavored Ramon Allones and a terrific regional release. I am loving the flavors and this is why I love the brand. The construction on the Habano is top notch as well and it is showing a near perfect burn line with a beautiful charcoal ash on the end of the stick. The ash is holding on firmly and the smoke being produced is plentiful and showing a color similar to the ash. The draw is cool on the Habano as well and this is a well constructed smoke. I would classify the body as being full overall and the strength is right there as well. This is simply incredible! 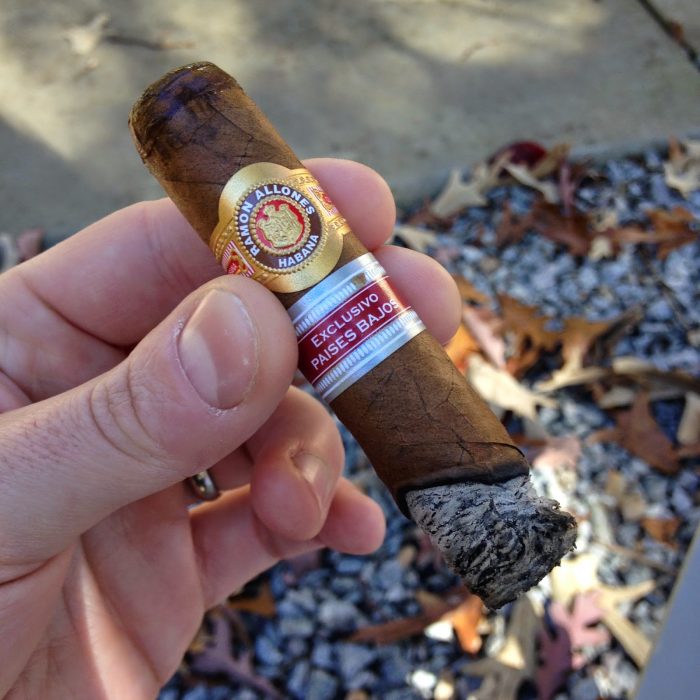 The second half of the Habano shows some amazing growth and the stone fruit notes are great. They are rich and dark and they are pairing perfectly with this nice oak quality. There are some earth and cocoa notes present as well, and it is showing some bits of toast, nuts, spices and pepper on the end. The flavors are out of this world and this is a great example of the Ramon Allones brand. This Habano is the reason why I love the brand and Habanos in general. The construction continues to perform wonderfully in this half and the burn line remains nearly perfect and the ash has that great charcoal coloring on the end. The draw is cool and the smoke production is great as well. I found that the body and strength continue to perform at a full level in this half of the smoke and it shows no signs of becoming softer in that degree. 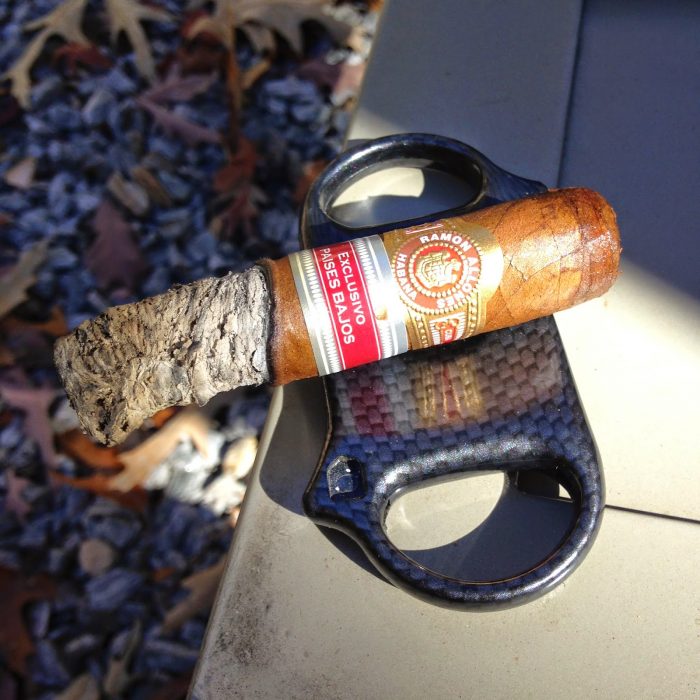 I loved this Habano and loved it as a Regional Edition and as a Ramon Allones. I thought the flavors were out of this world and the strength and body present were outstanding.. I would smoke this in the afternoon and evening all the time and in a couple years I would probably smoke this in the morning. I think a fan of the Ramon Allones brand would love this release and want to smoke them all the time.  believe it is better than the Specially Selected and possibly the Gigantes as well. The Netherlands really got a winner with this release and I would love to see this become regular production offering. After the Bolivar for Canada in 2007, this is one of the best regionals I have ever had. Right now, I am giving this Habano a solid rating between 92 and 94, but in a couple years I would say this reaches a level between 94 and 96. 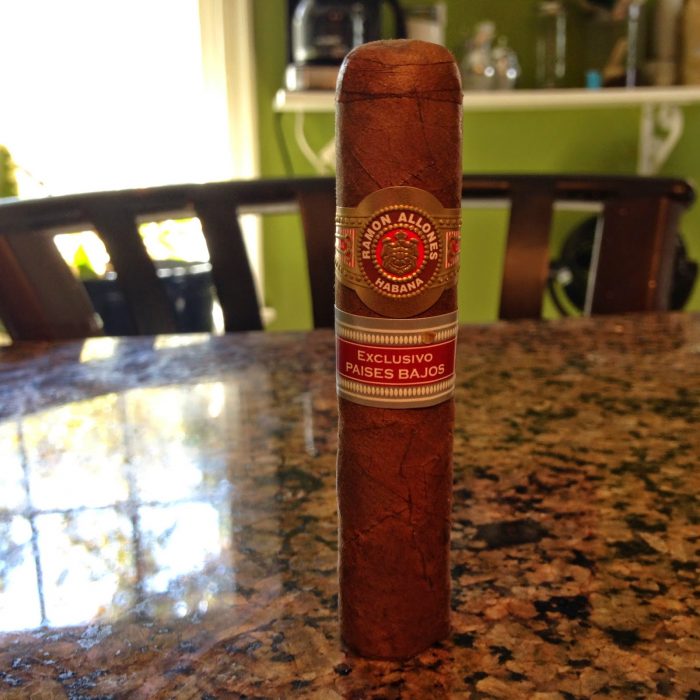