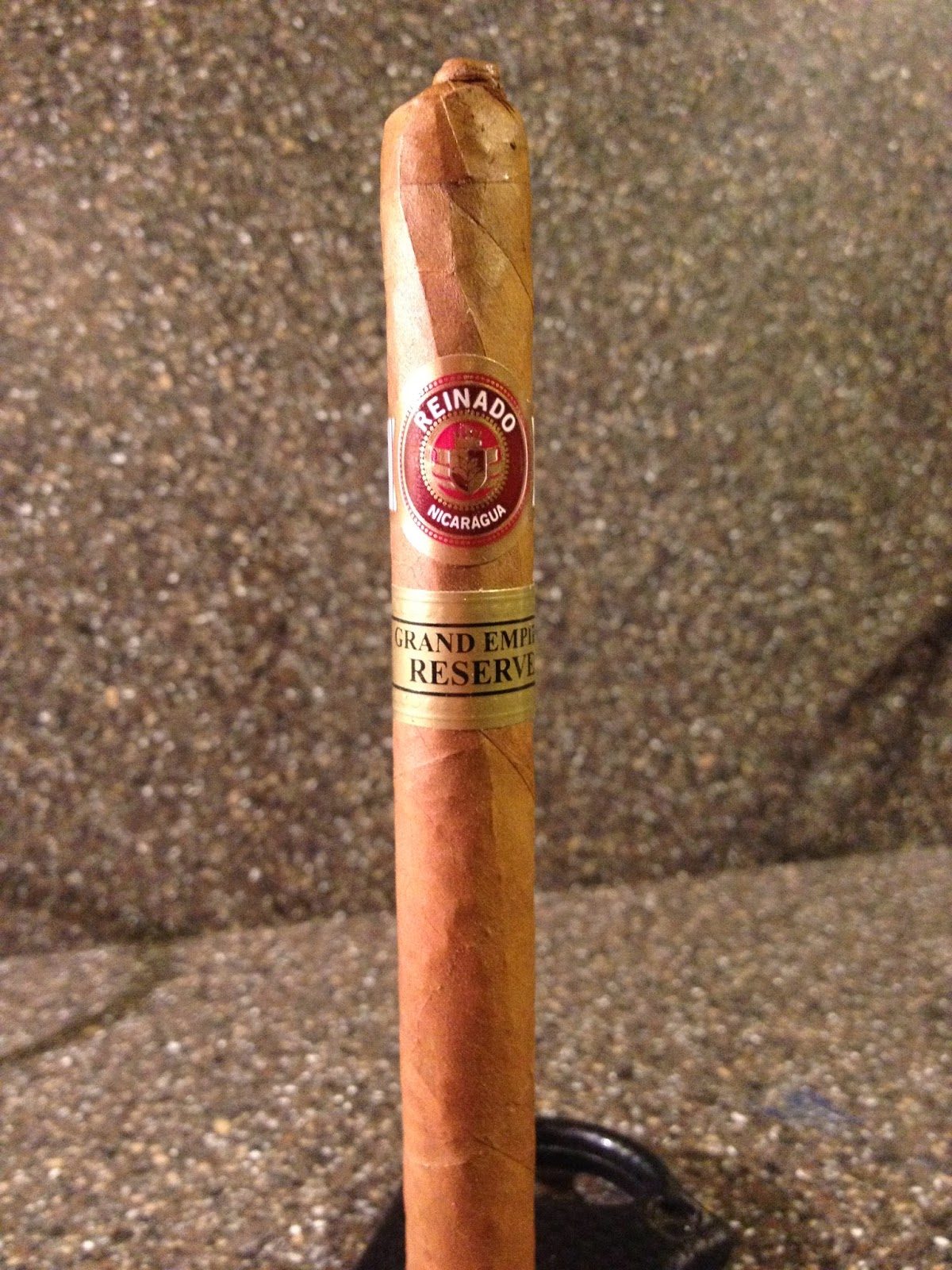 Making a good Connecticut is difficult. I think it is a wrapper that can really end up flat and not producing any flavors. You can say the same about Ecuadorian Habano if not done correctly, and with Broadleaf it is either great or terrible. To me, those three wrapper styles are the ones that are winners or losers. There is no in between and because of that the cigars are praised or killed by critics. Reinado has had a Connecticut in the works for some time, but they have taken their time before they released it and that is the smart thing to do. So far the company has had two hits, the core and the Grand Empire Reserve line, and there is some pressure on them with their third line. It is a very different style cigar than they are use to releasing, so let’s see if a company that is known for fuller and richer Nicaraguan puros can venture into the field of Ecuadorian Connecticut. Let’s take a look at the new and upcoming Ecuador Edition. 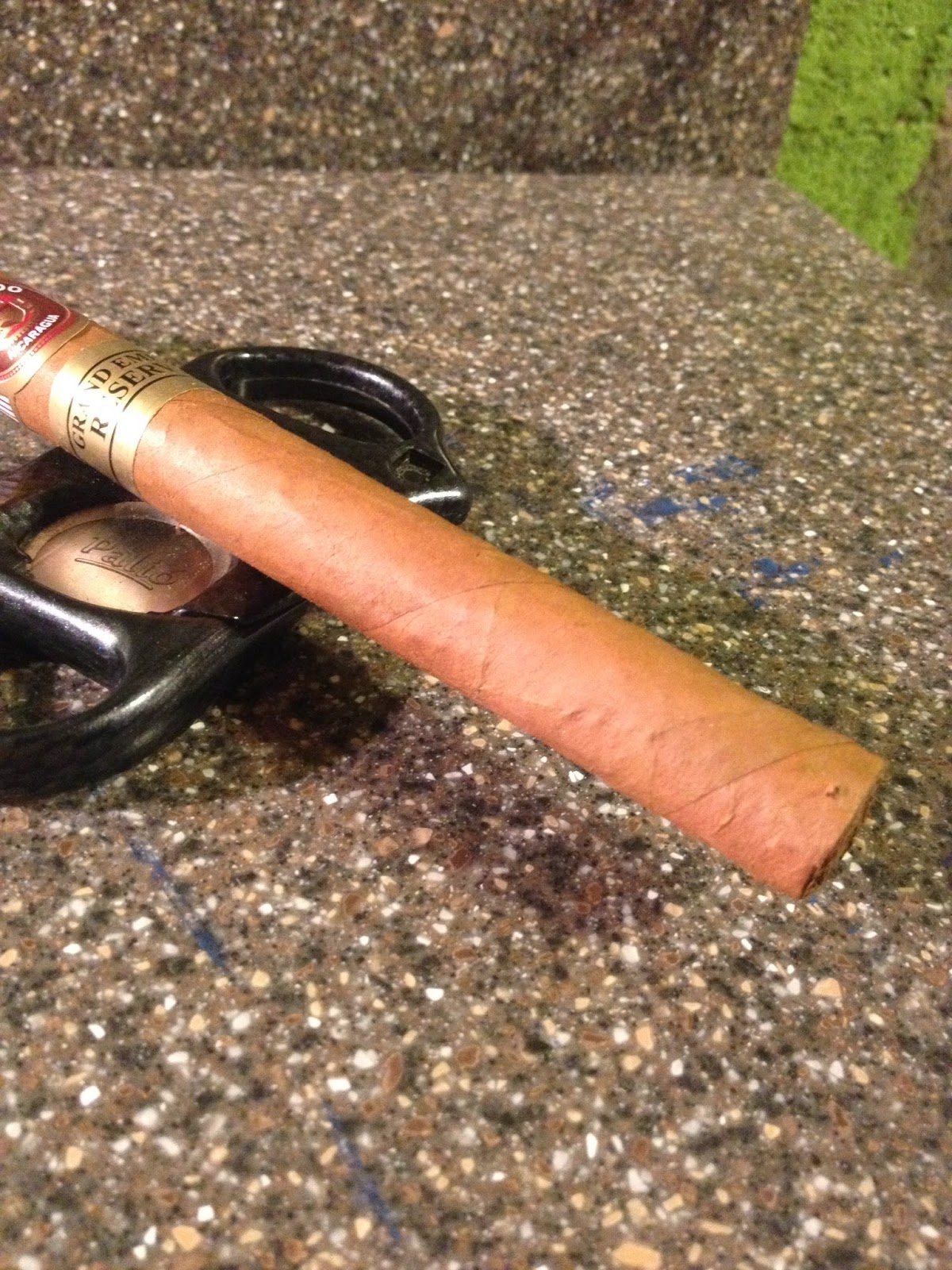 The first release of Ecuador Edition series, the Petit Lancero combines aspects of the original Grand Empire Reserve with a twist. The cigar features the same blend as the Grand Empire Reserve line and is composed with Nicaraguan filler and binder tobacco. Unlike a Nicaraguan wrapper though, the cigar is covered with an Ecuadorian Connecticut wrapper that has been aged for three years. All the tobacco has undergone the unique fermentation process found in Reinado smokes and has been aged for a nice period of time as well. The Petit Lancero measures 6″ with a 38 ring gauge has a beautiful silky wrapper and the coloring is amazing. It has this light Colorado coloring, but with it is a silky texture and few veins that you see with true Connecticut Shade wrappers. It is fairly firm in hand and it is rolled wonderfully. With a nice pigtail cap, the cigar has an aroma of cedar, leather, tobacco and light spices. I am picking up some unique fruitiness aspects as well, and I am eager to light this stick up. 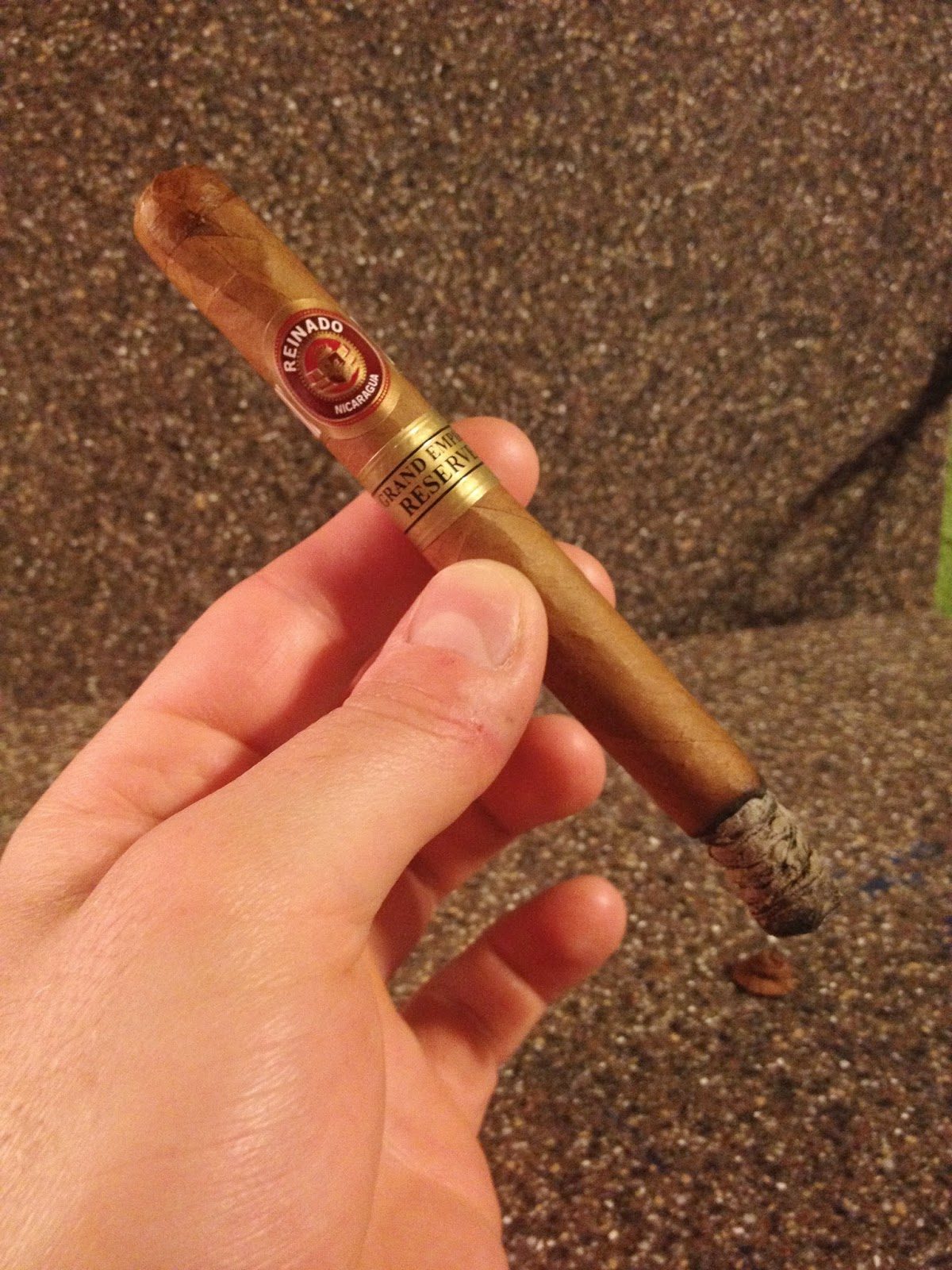 The first third opens up quite surprisingly. I was expecting some mellow cedar and cream notes, but instead I am getting some spice, nice sweet earth notes and then I am getting the dry cedar and creamy aspects. It is a complex smoke with a nice soft spicy and peppery finish, and this is an awesome Connecticut. I can’t remember the last time I had a Connecticut in a petit lancero format and props to Antonio for creativity. I would say that the body is at a solid medium level and with that is a strength that is right there as well. This is definitely a Connecticut for a seasoned smoker and this is an awesome afternoon smoke for me. In terms of construction the cigar is top notch as well and it is producing a razor sharp burn line with that nice charcoal ash holding on firmly to the end. The draw is cool and with that is a nice bit of smoke being produced. 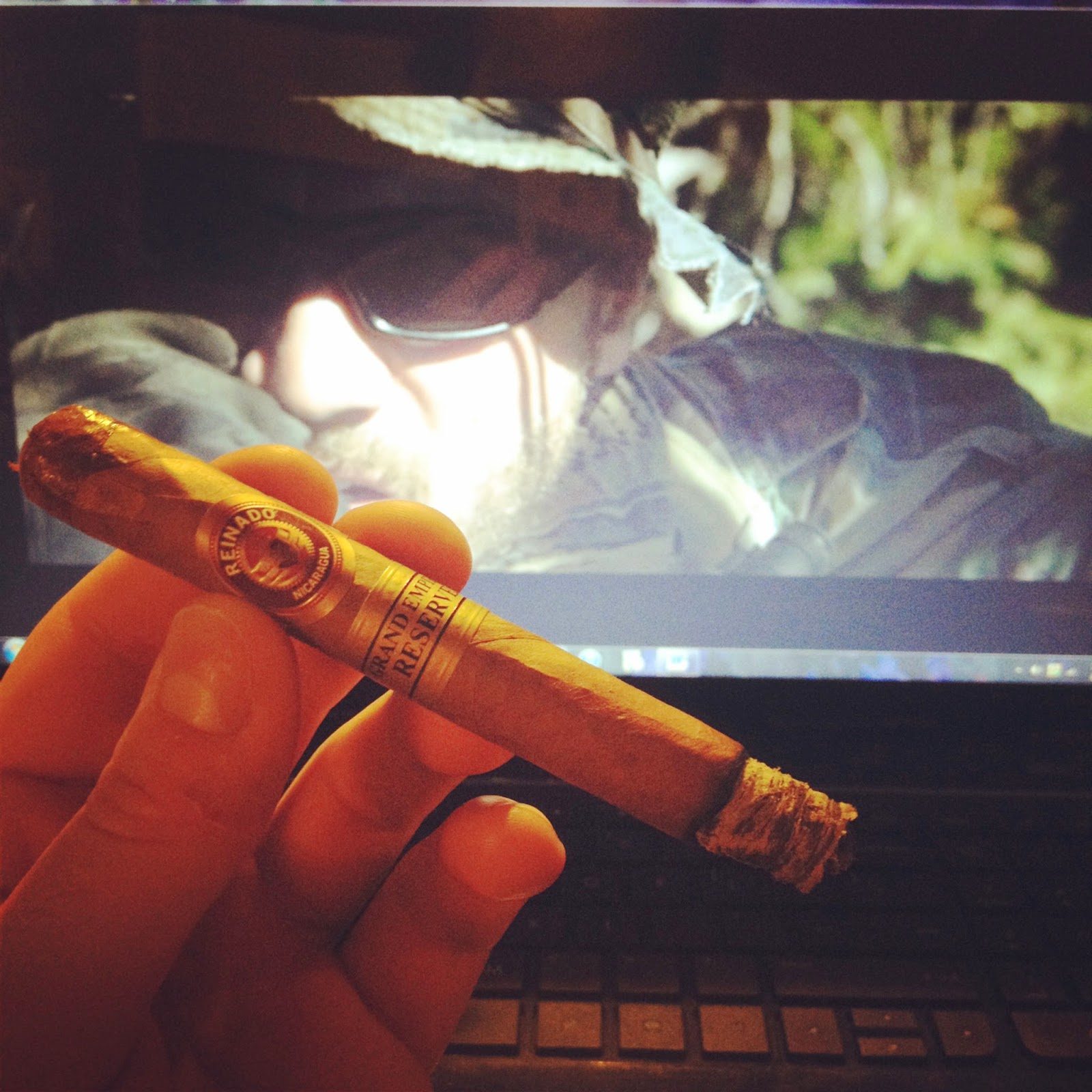 I am in the second third of the cigar now and it is in this third that the awesome creamy notes begin to emerge. I am getting bits of cream, smooth milk chocolate and cedar up front, and on the backside I am getting some very soft spice, tobacco and additional cedar notes. It is incredibly smooth and flavorful, and for the wrapper it has some awesome depth. I would say that that the cigar is smoking at a medium level in terms of strength and body right now, and this is a smoke that I could enjoy in the morning, afternoon or evening. It is much more complex than a lot of other Connecticut wrappers, and it is probably the best Connecticut I have had in a year or so. In terms of construction the cigar is top notch as well and it is producing a razor sharp burn line, cool draw and a nice bit of smoke. This is a well constructed petit lancero and a great addition to the GER line. 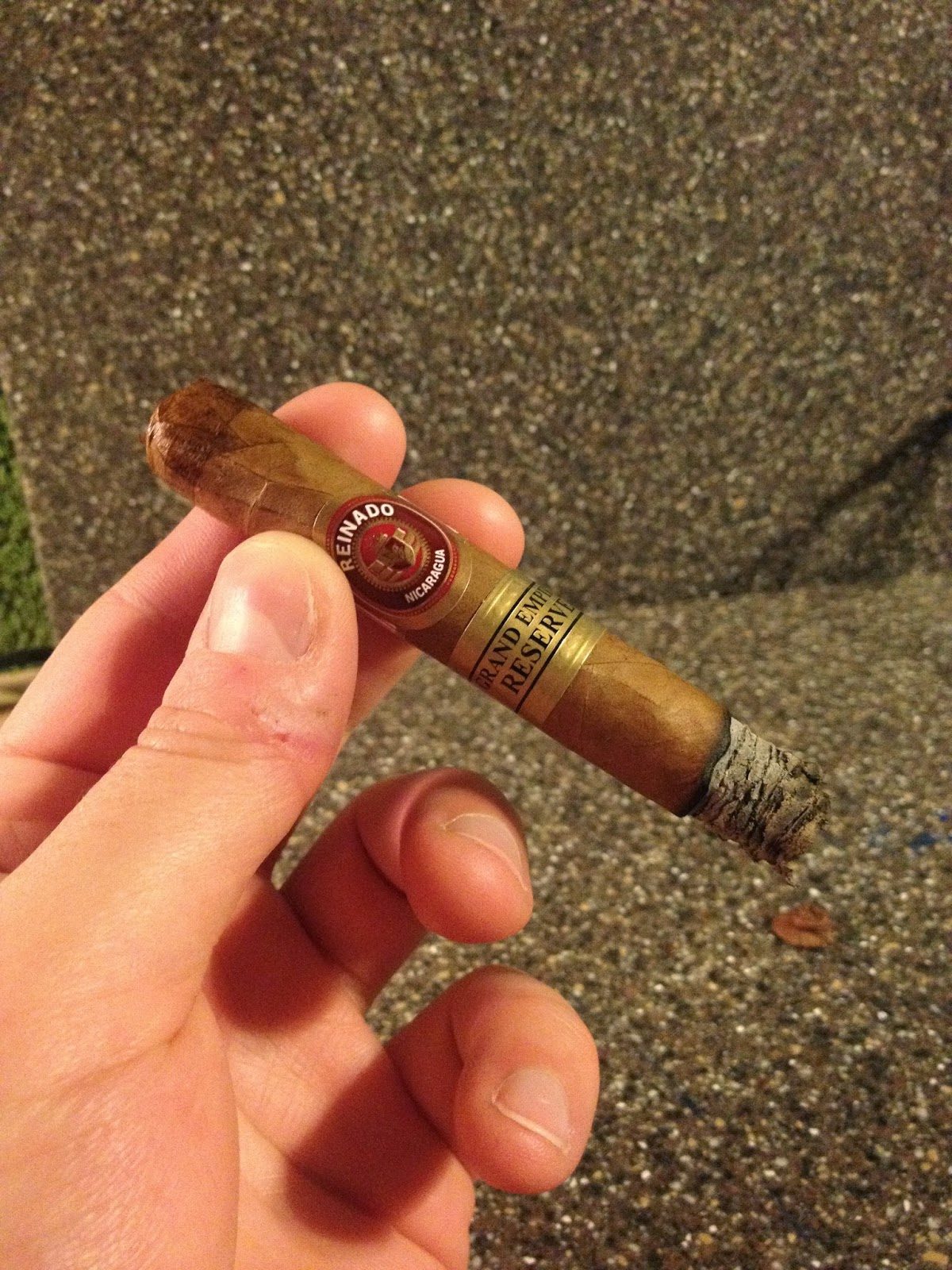 When I get into the final third of the cigar I find that the flavors from the second third continue to be delivered and it is a creamy and cedary finish. There is a nice bit of light and aged tobacco present and it is a cigar that I would smoke to begin the day with or end the day with. There are some very soft cocoa notes present as well, but for the most part it is a creamy, cedar and smooth third. I would say that it is a medium bodied cigar in this third and the strength is finishing right at a level below medium. It is an easy cigar in that sense, but it is still a complex cigar that is producing some wonderful flavors. In terms of construction the petit lancero is absolutely perfect and it has a razor sharp burn line with a charcoal ash all the way to the end. The draw is cool and with that is a nice bit of smoke being produced. Very different than the original Petit Lancero, this is still an enjoyable smoke. 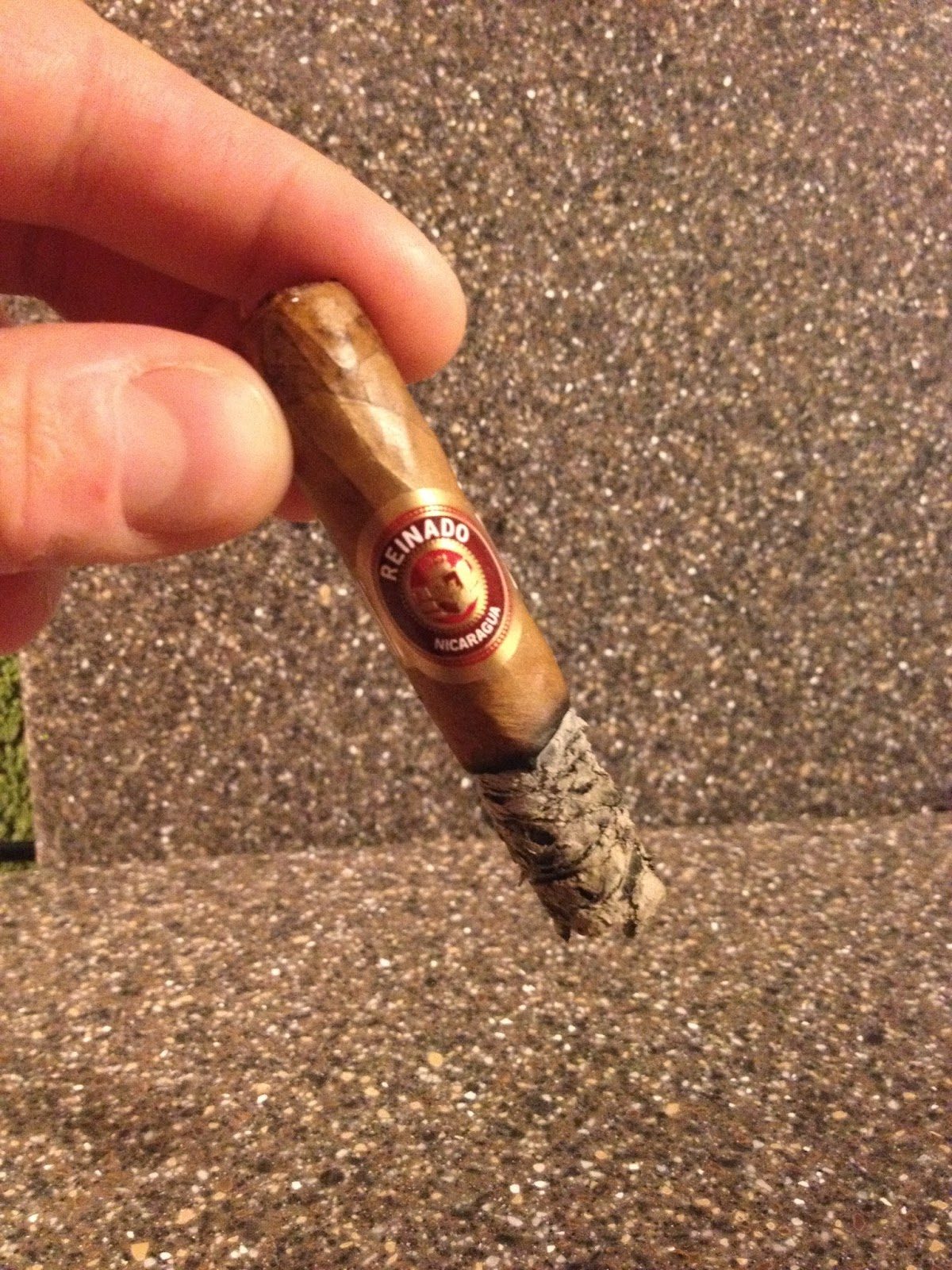 There are releases from companies that really complete the brand and give them as a company the opportunity to reach out to an entirely new entire portfolio of cigar smokers. The Ecuador Edition does that for Reinado and it presents them with the opportunity to reach out to smokers who prefer milder cigar while remaining very flavorful. With the classic Reinado line they have a medium full smoking experience that is on the spicier side of things, a rich and elegant smoking experience with the Grand Empire Reserve and now a creamy and softer experience with the Ecuador Edition. I found that the smoke is a perfect morning or afternoon smoke for me and it is a nice change up to the Grand Empire Reserve smokes that I have a majority of the time. The construction was top notch from beginning to end and with that were some wonderful flavors that were complex but light at the same time. I would recommend this to almost every smoker out there. I am giving this cigar a solid 92 rating and look forward to smoking more and other vitola offerings. 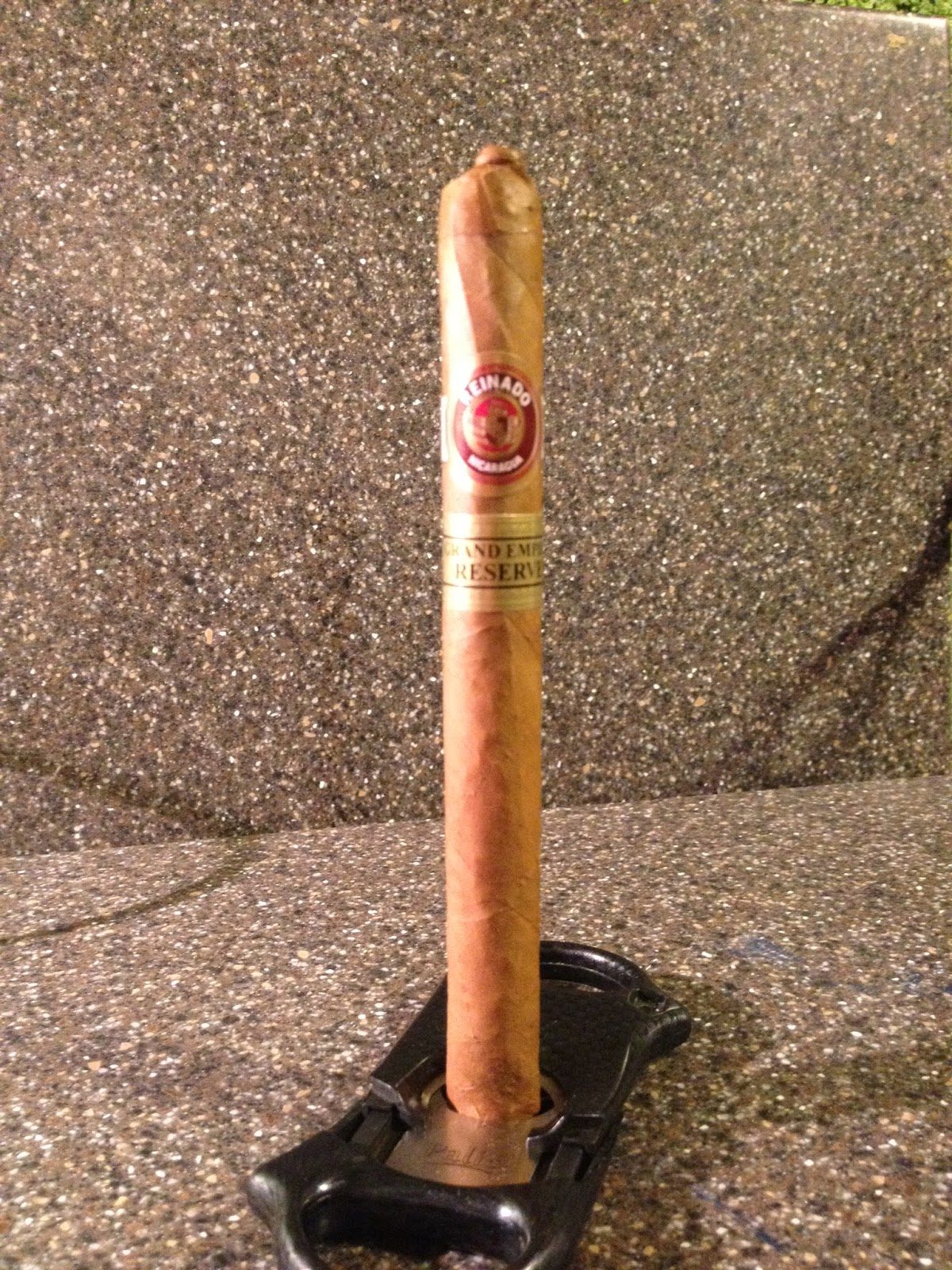 *cigars for this assessment were provided to me by Reinado