I will be honest, I read Cigar Aficionado every time it comes out at my local shop.  I enjoy the articles and have always used it as a guide to check out new cigars.  I know some folks scoff at the ratings, but everyone is different, and I appreciate subjectivity and seeing what is hot out there.  The Saint Luis Rey Regios scored a 94 this year, and that just so happened to coincide with a good deal I saw on a box at my friendly neighborhood local LCDH.  I decided to jump, figuring if I did not like them, I could pass them on.  In reality, I let them sit for a few months, then finally cracked the box and was pleasantly surprised.  Tuna had highly recommended the brand to me on several occasions, other then his occasional rant about good and bad boxes of the Double Corona.  The Regios is a Hermosos No. 4, which is really a robusto size to most of us, and I account for it in that regard.  The brand was started in the 50’s by a couple British chaps, and apparently was a favorite of Old Blue Eyes himself.  They are very small production, noted for a oily darker wrapper, and a bit fuller body. 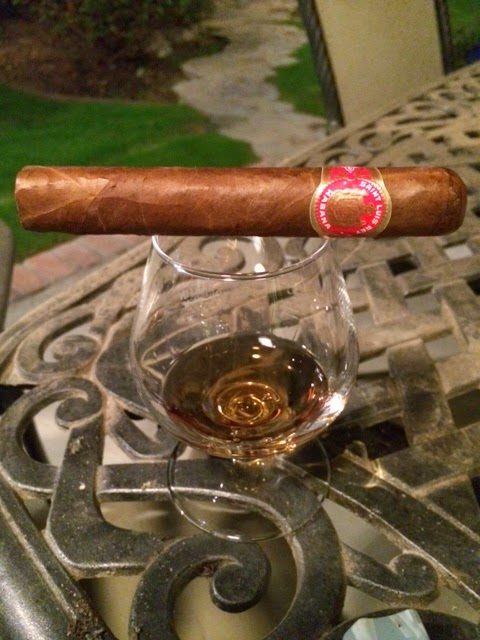 First Third: The body was rather impressive at first, with cedar taking hold of the nose, and creating a dry overall woody appeal.  Undertones of cocoa, rich nuts, and a touch of pepper were hiding in the finish and draw, complimenting the flavor profile.  At times, the draw would get creamy, while the retro banged out hits like John Lennon. 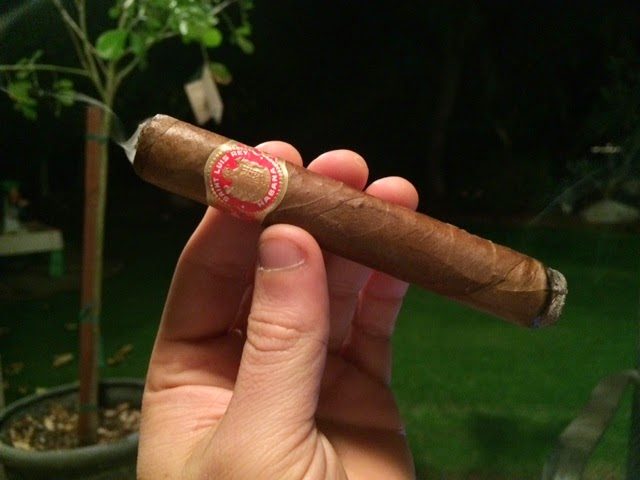 Second Third: The draw became a bit more balanced, with less body, and more flavor.  The nose still had the cedar, but it became much smoother, and picked up the nut flavors, similar to walnut.  The cocoa flavors begin to balance with the body as well, and the Regios really becomes a treat.  Some cigars tend to have one note dominate, while others sit in the background.  The Regios had several fighting for my attention.  Beneath it all, smooth cream awaits to enter the mix. 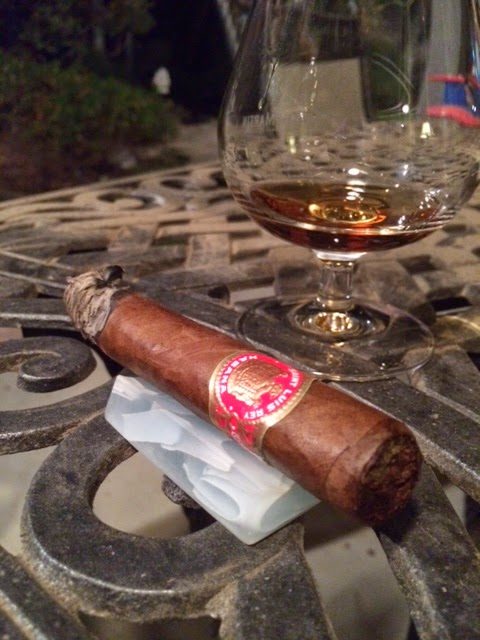 Final Third: The cream starts to hit the nose, while the cedar left, and the hints of red pepper in the retro became faint.  The creamy texture began to arrive, with a touch of clove, and vegetal flavors as well.  The clove really began to blossom as I neared the nub.  Sweet cocoa floats in and out, and at times may remind me of a sugary coffee drink as well.  The finale is rather delicate in comparison to the first third in terms of body on the draw, but the retro stayed true. 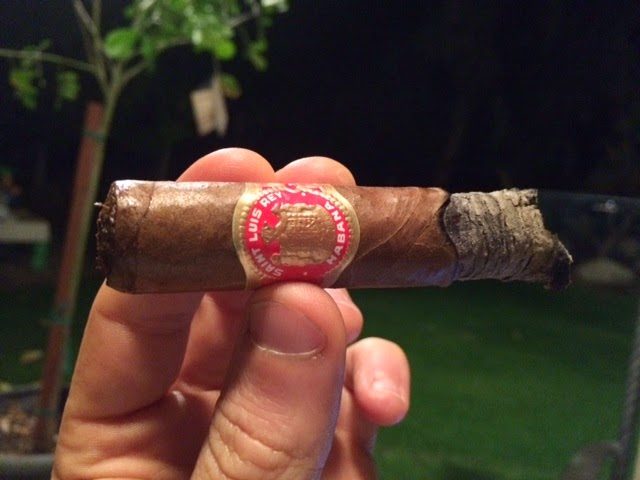 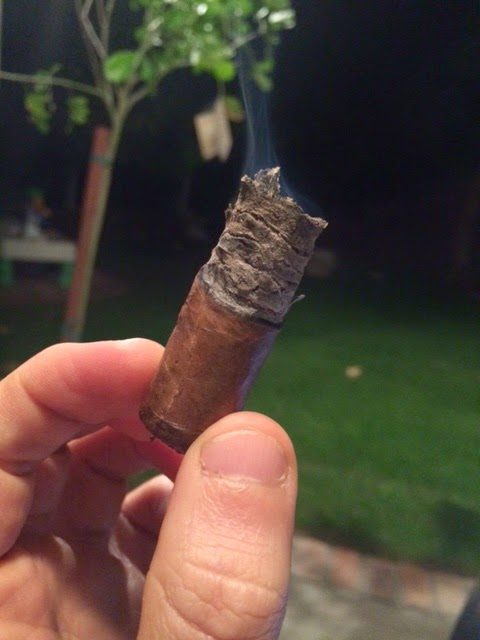 Final Thoughts: What can I say, the Regios came out of nowhere for me and is a killer change of pace cigar that is very unique.  I think it has body that will attract some, and may keep others away.  I am so glad I only gave a few of these away.  The rest will continue to nap for a long time.  In my opinion, the Regios is an after dinner cigar, better with a spicier meal then a rich meal like a Montecristo.  I paired it with a wee bit of Knob Creek, and the bourbon complimented the cigar perfectly as I sipped sparingly.  Granted, there is no telling if the CA rating was legitimate, as many may argue one way or another, but this box is excellent, and I would have no problem recommending the Saint Luis Rey Regios to any Habanos or Nicaraguan smoker really.