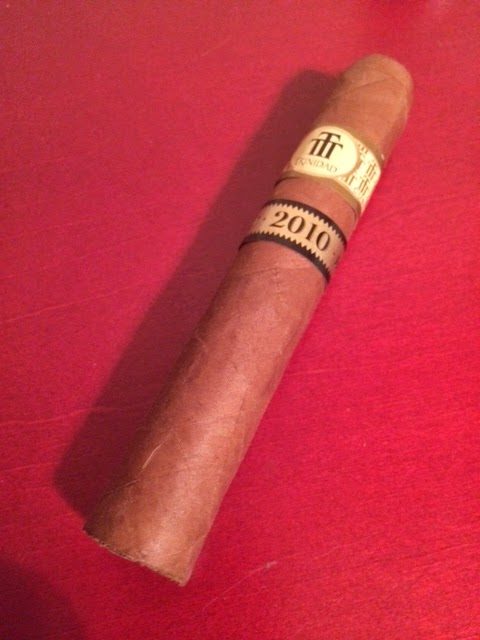 I had the pleasure of winning a contest sponsored by Cigar Inspector, that involved a nice package from LCDH Knokke in Belgium including a Trinidad Robusto T. This specific vitola has been discontinued since 2012, and the example sent to me had a secondary aged band noting the year of release as 2010. I am not a huge Trinidad fan, as for the most part they need significant age to hit my palate, but I am always game to try something new. The brand itself is a niche brand, limited in sizes and distribution, and was initially limited to the Fundadores size for Fidel Castro as diplomatic gifts. Oddly, the Fundadores is the most talked about release from Trinidad, and I have yet to try one.

First Third: Dry caramel flavors and cedar marked the beginning for me. I typically associate this brand with the drier flavor profiles, and the dry cedar was what I expected, but the body was somewhat less then my other Trinidad experience. The nose had a good burn, and a unique anise flavor. The texture of the draw had a light touch of cream, and the finish was not terribly long. Overall I would say the Robusto T was dry and woody, with a touch of cream and caramel undertones. A good pair to liven up the palate is recommended at this point, such as Glenmorangie, or any spirit with a sweetness to balance. 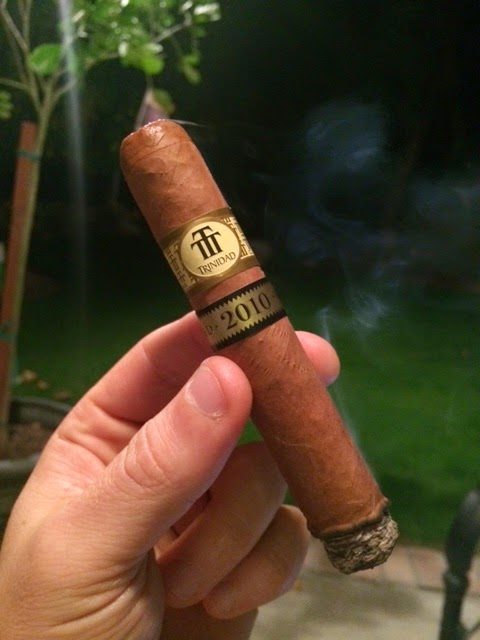 Second Third: I finally started to get some of the floral notes I detected in the dry draw, but only slight hints in the nose. The resting aroma is amazing, creating a gravitational pull of the senses to the Robusto T. I must say, the flavors are quite one-dimensional though, but the finish began to lengthen, and the body mellowed. Some light cocoa flavors, and I began to enjoy the finish, while the anise continued to hit the nose. 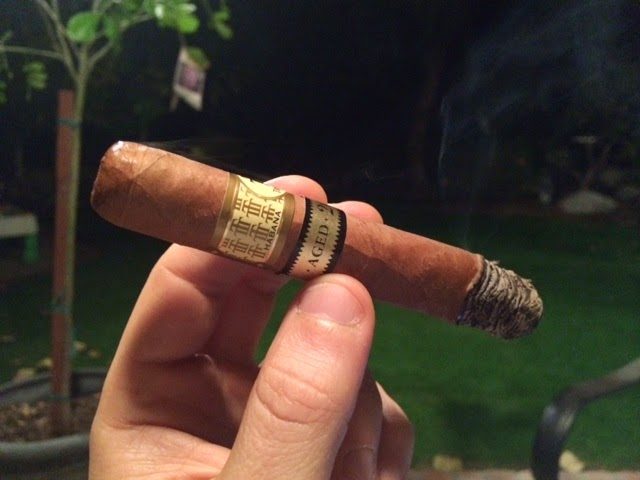 Final Third: The Robusto T dropped a nice little cream and sugar bomb on the tip of my tongue, and the cigar was much smoother. I was quite surprised at the digression in terms of overall body, as I assumed it would get stronger as I progressed. The dryness of the profile had left, only to be replaced by a smoother cocoa and sugar appeal that really began to shine. Some Anaheim picked up as well, taking over the anise with a slight green pepper burn. The Robusto T ended on the cocoa note, and was rather pleasant in the final third in terms of complexity and finish. 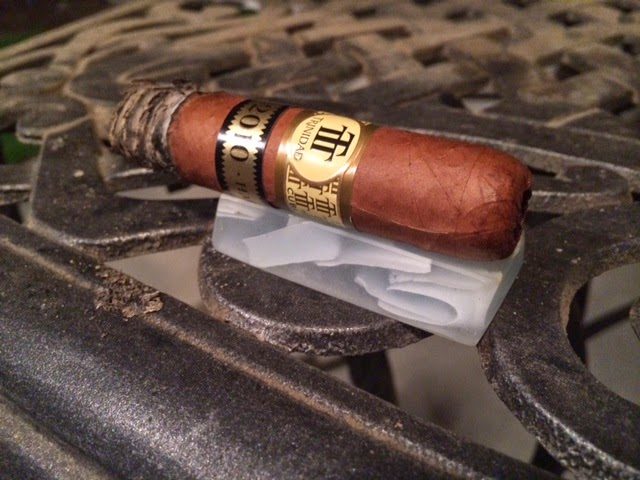 Construction: no complaints
Final Thoughts: I am still not a fan of Trinidad, and am starting to think the only way I may enjoy the marca, is with cigars aged ten years or more. I really enjoyed the final third, and I think it really may just take a ton of age to get a blend like this where I like it. The lack of complexity hitting my palate may be completely opposite of what Seth might experience with this brand. For me, it is a cigar I would gladly smoke again, and probably let sit for a long time if I had one. I have to think that a bourbon or scotch on the fruity side would pair really well with the Robusto T, and possibly open up a bouquet of flavors if paired properly. I want to thank Cigar Inspector for the contest, and Frederic at LCDH Knokke in Belgium for the cigars. If you need any assistance from one of the most trusted in the business, shoot Frederic an email. They are constantly getting vintage stock and rare items in for the utmost connoisseur of Habanos. 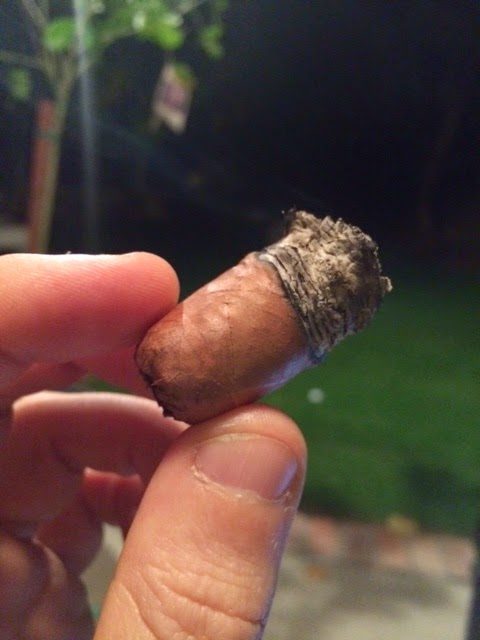