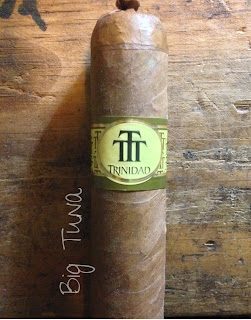 Released to the public in 1997, the Trinidad brand is a brand that has had an interesting role for Habanos S.A.. It has never been an “in demand” brand, and in my opinion the only vitola really talked about that is still in production is the Fundadores. It has had two vitolas come in go throughout the life of the brand, and for the most part the brand does not leave the 40 ring gauge area. Last year though, Habanos S.A. announced that they would be expanding the brand and that a larger vitola would be making a return. They had had two 50 plus ring gauges on the market before, but those were discontinued in 2012. I am interested to see how the new vitolas does, and maybe now is the time to release a Habano of this caliber. With that being said, let us take a look at the newest and largest release for the brand, the Trinidad Vigia.

A 2014 release, Trinidad Vigia is the largest ever made Trinidad and the fourth vitola in regular production for the brand. It is called a Torres in the factory, and is a petit robusto in nature. It measures 110 mm (4.3″) and has a 54 ring gauge. The Habano comes with a nice finish and has a lovely fanned cap. It has that classic Trinidad band, though the factory fucked mine up in the photos, and it is a terrible band. Of all the bands that need help, Trinidad leads the pack. The wrapper has a nice Colorado coloring with a few minor green spots, and it is a firm Habano. It is light in hand, also silky and slightly oily in texture, and the wrapper shows an aroma of hay, grass, and tobacco. The foot has more going on for it, and it is here that I pick up some tropical fruit and earthy qualities along with the grass and tobacco aromas. 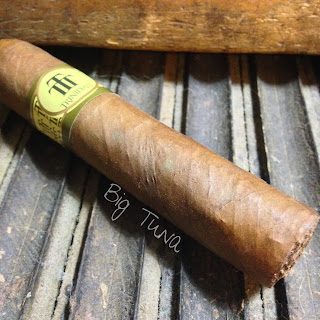 The first third opens up by showing some awesome cream and grass notes, and it is accompanied by some light pepper qualities with that. There is a nice tobacco and barnyard flavor on top of that, and it is showing a flavor profile that is truly Trinidad. I am getting some wood and hay notes on the finish, and it is a very balanced and smooth first third. I would classify the flavors as being medium overall, and the body and strength are right there as well really adding to the balance of the Habano. The construction thus far has been perfect and it has been showing an even burn line with a charcoal ash on the end. The ash is holding on fairly well, and it is a firm ash. The draw has been smooth, producing a nice bit of smoke, and it has been cool overall. Thus far, a very enjoyable Trinidad, and I look forward to the next third. 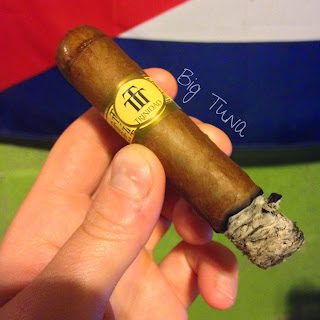 When I get into the second third of the I find that there is not as much transitioning overall, but it has become creamier and is beginning to show more cedar like flavors. The pepper and spice notes have faded completely, and there is just a touch of those tobacco notes present as well. It has that barnyard finish, and it has some grass and hay present there. The flavors are just south of medium in my opinion and the same goes for the body and strength. Right now it is a very approachable Habano, and it is a smoke that many could have and enjoy at all times of the day. I would smoke more of these in the morning or early afternoon, but that is my opinion on the brand in general. The construction continues to be stellar in this third and it is showing that even burn line with the firm charcoal ash on the end. The draw is cool, and a nice bit of smoke is being produced. 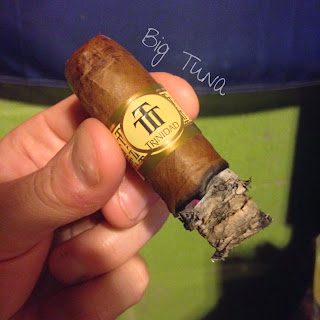 The final third has a finish that is nearly identical to that of the second third and it is delivering a flavor profile that is enjoyable, light, and easy. I am getting a nice creamy offering and it is accompanied by light tobacco and cedar notes. There is a touch of hay and grass present as well, and it has a very smooth finish. There is no pepper present now, and I would classify the Habano as being just under medium in flavor. The body and strength are at the same level, just under medium, and it makes for a smoke that is approachable by many at many times. The construction in the final third is that to what it was in the first and second, and it is smoking perfectly with a nice charcoal ash on the end. The ash is holding on firmly, and it is producing a nice bit of smoke with a cool draw on the clean finish. 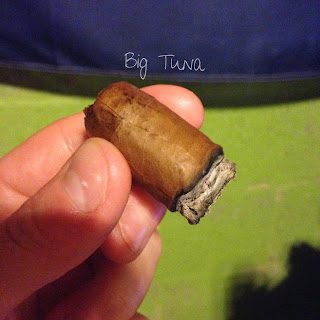 The Vigia is a nice addition to the Trinidad brand, and it is a smoke I will come back to down the road. It is nice to see the brand have a larger offering again, and I am not going to lie and say that I have not missed the Robusto-T and Robusto Extra. The brand is definitely not for every smoker out there, you either love it or hate it, and more often than not I come across individuals who are not the biggest fan of the brand. I believe the Vigia can do a good job of getting more people interested in the brand again, and it is definitely a Habano that shows the qualities of the brand with a larger offering. I truly enjoyed the creamy and smooth aspects that were present in the second and final third, and the construction that came with that was a positive addition. In terms of aging, the brand ages well in my opinion and it will be interesting to see what ages does for the Vigia. I don’t think it need a lot of aging personally, and I think in a couple months it will be dead on. With that being said, age will really mellow the Habano out and it will become a creamy and smooth experience in years to come. I am giving the Trinidad Vigia a rating of 88-90 now with an aged rating of 91-93.