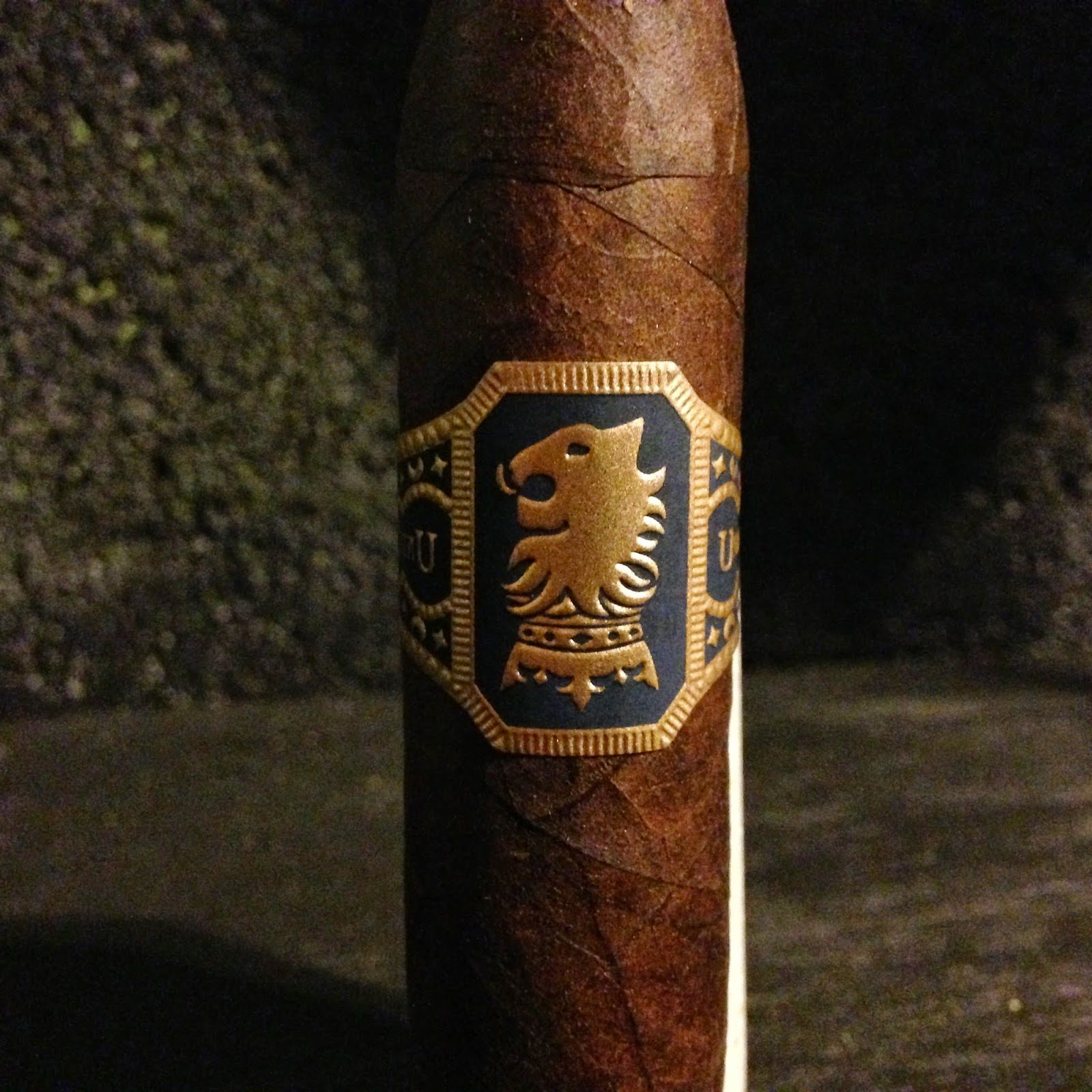 In 2009, Drew Estate introduced the Flying Pig vitola to the Liga Privada No. 9 line. Every year following that, they introduced the Flying Pig vitola, or a slightly modified version to the T52 line and the Ünico Serie respectively. These releases are very limited and believe me that when I tell you people go nuts over them, they go nuts over them. That is why when the Undercrown brand was introduced in 2011, people wondered when the Undercrown Flying Pig would be released. It was a fair question, and in 2012 Drew Estate finally released some in a very limited manner. I was not able to smoke one at the time, I did not have the opportunity, and it was not until the media junket with Cigar Safari earlier this year that I was able to kind of smoke an Undercrown Flying Pig. I say king of, because JD handed me the Undercrown Flying Pig that was recently bunched and molded, but did not have a wrapper on it. I thought it smoked awesome as it was, but I am here today to actually smoke the finished product.

The Undercrown Flying Pig comes with a large 60 ring gauge and measures 3 15/16. The cigar is finished with a Mexican San Andres wrapper and has a binder that is Connecticut Stalk Cut Habano. The filler blend is a blend of Nicaraguan tobacco, the regions not disclosed, and it has some Brazilian Mata Fina in there as well.The Flying Pig has a gorgeous wrapper and it shows very few veins. It is a firm cigar in hand and while the size is not my typical cup of tea, it is a beautiful cigar. The coloring has that solid maduro coloring that shows some minor oils, and overall it is a smooth cigar in texture. The cigar has a rich aroma and it is showing a lot of earthy notes with some soft spices and cocoa qualities. The cold draw is smooth and very open, and it is giving off a lot of tobacco notes on the draw. 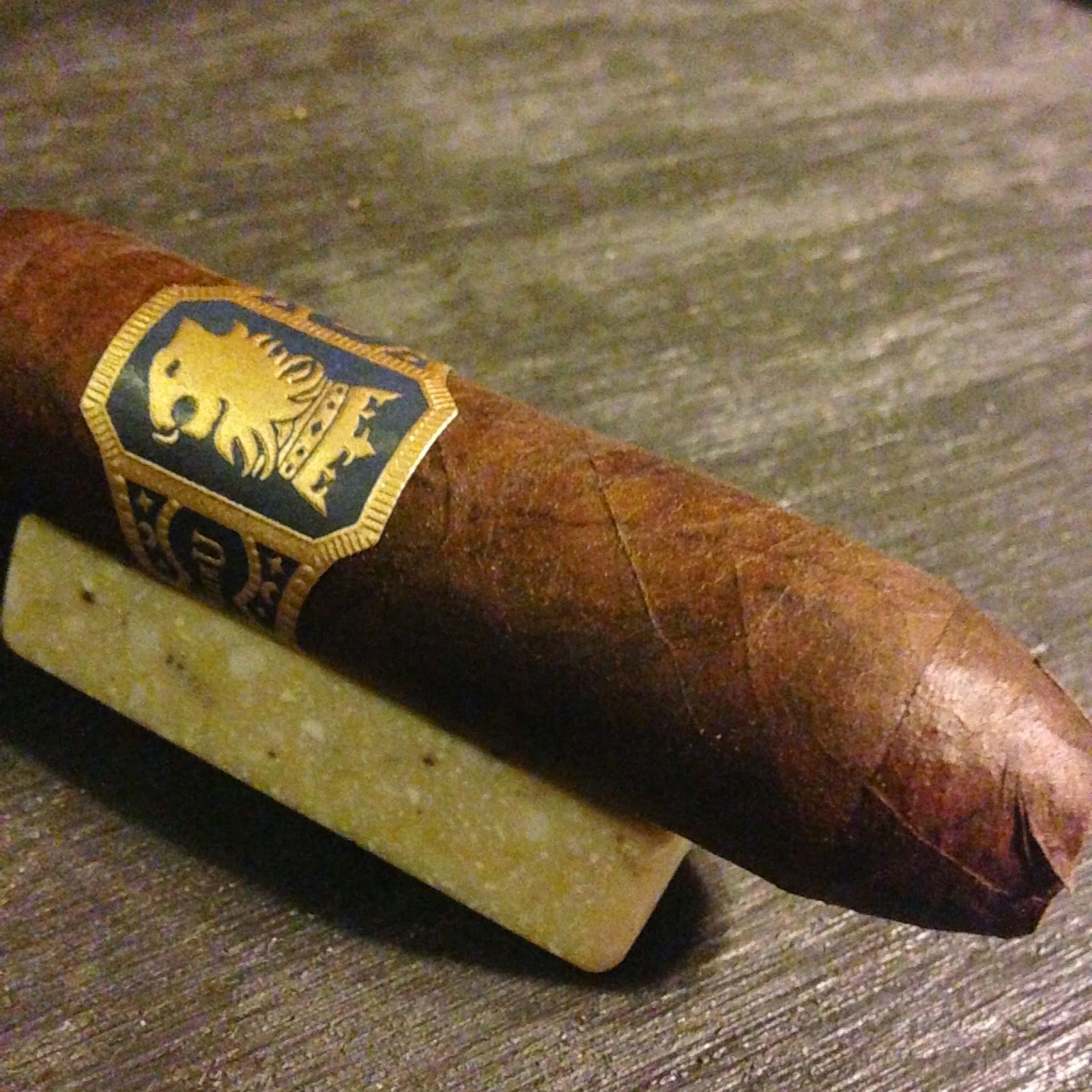 The cigar begins by showing some great flavors and I am getting this lovely chocolate and cherry flavor profile that is awesome. There are some toasted oak and cedar notes along with that, and I like the flavors. There is a maple syrup quality present as well, and it has a nice sweet and spicy finish on the cigar that is really enjoyable. There is this faint lemon peel flavor present as well, and I am loving how this cigar is smoking. The construction is great with the unique size as well, and it has an ash that holds on right to the band. The ash has a nice charcoal coloring and while it is a little flaky, it is firm on the end. The draw is cool, producing a great amount of smoke, and the construction is great. I find that the body and strength are at a medium-full level overall, and it is a perfect level for the flavors that are being produced. 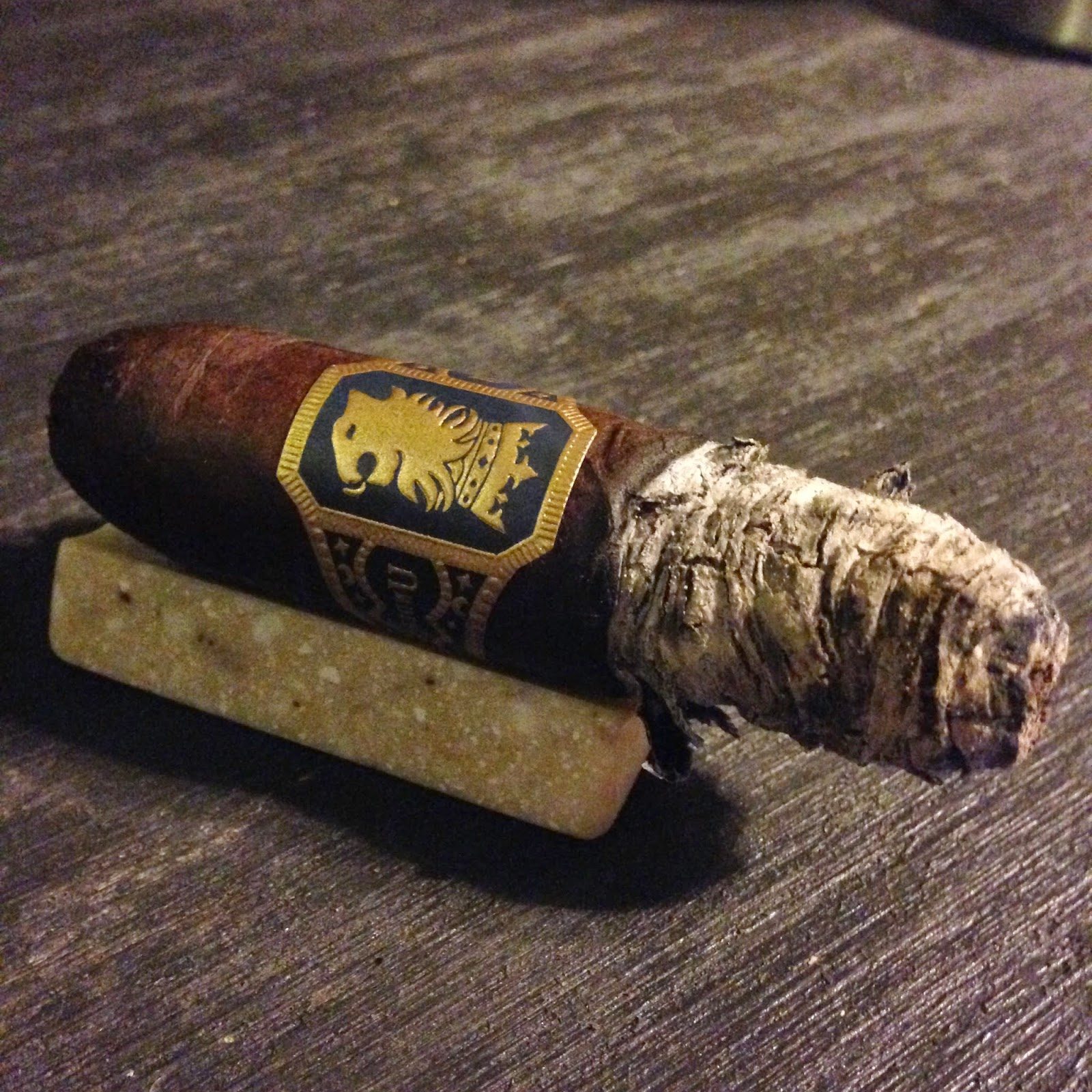 When I get into the second half of the cigar I find that the spice notes increase some and there are some black pepper qualities present as well. They are pairing with some charred oak flavors, and it is showing some earthy qualities along with that. There are still some sweet notes present with the blend also, and it has a nice chocolate and cherry flavor that was present from when I lit the cigar. The lemon peel notes have faded in this third though and it has a smooth finish that is filling and complex. There was some minor transitioning into this half of the cigar, but overall the flavors were enjoyable from the beginning so I was not too concerned on transitioning. The construction remains perfect to the tapered nub and it smoked cool to the end. The burn line was razor sharp, showing that charcoal ash on the end that was holding on firmly, but slightly flaky. I found that the body and strength remained at that medium-full level to the end, and it was a great example of the Undercrown line.

I have always been a fan of the Undercrown line, I actually prefer it to Liga 9, and the reason for that is that I believe the blend is more complex and balanced overall. I like the use of the Mexican wrapper, and the blend works well with it. Whether it is the Corona Viva or the core line, they are all very good, and the Flying Pig is no exception. The cigar shows impeccable construction from beginning to end and it has a nice medium-full strength and body level with that. The flavors are to my liking and it is a flavor profile that many would and do enjoy. While I typically would not gravitate towards this size over more traditional sizes, I like it in this blend and it is a fun size that I would have around to smoke down the road. Looking at the cigar with all of its positive aspects, it gets a 93. This is a great cigar and one that I believe every Undercrown fan should try. 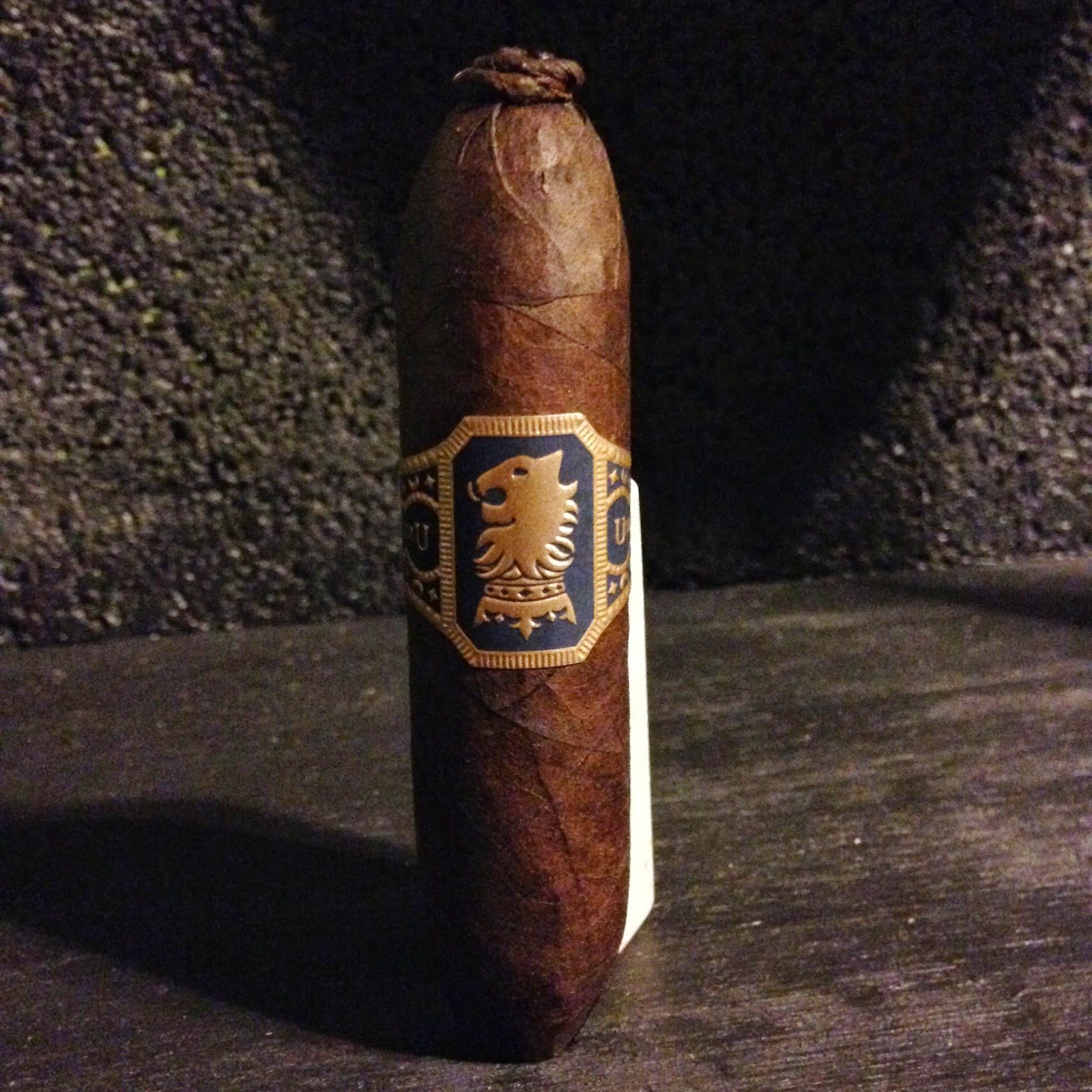