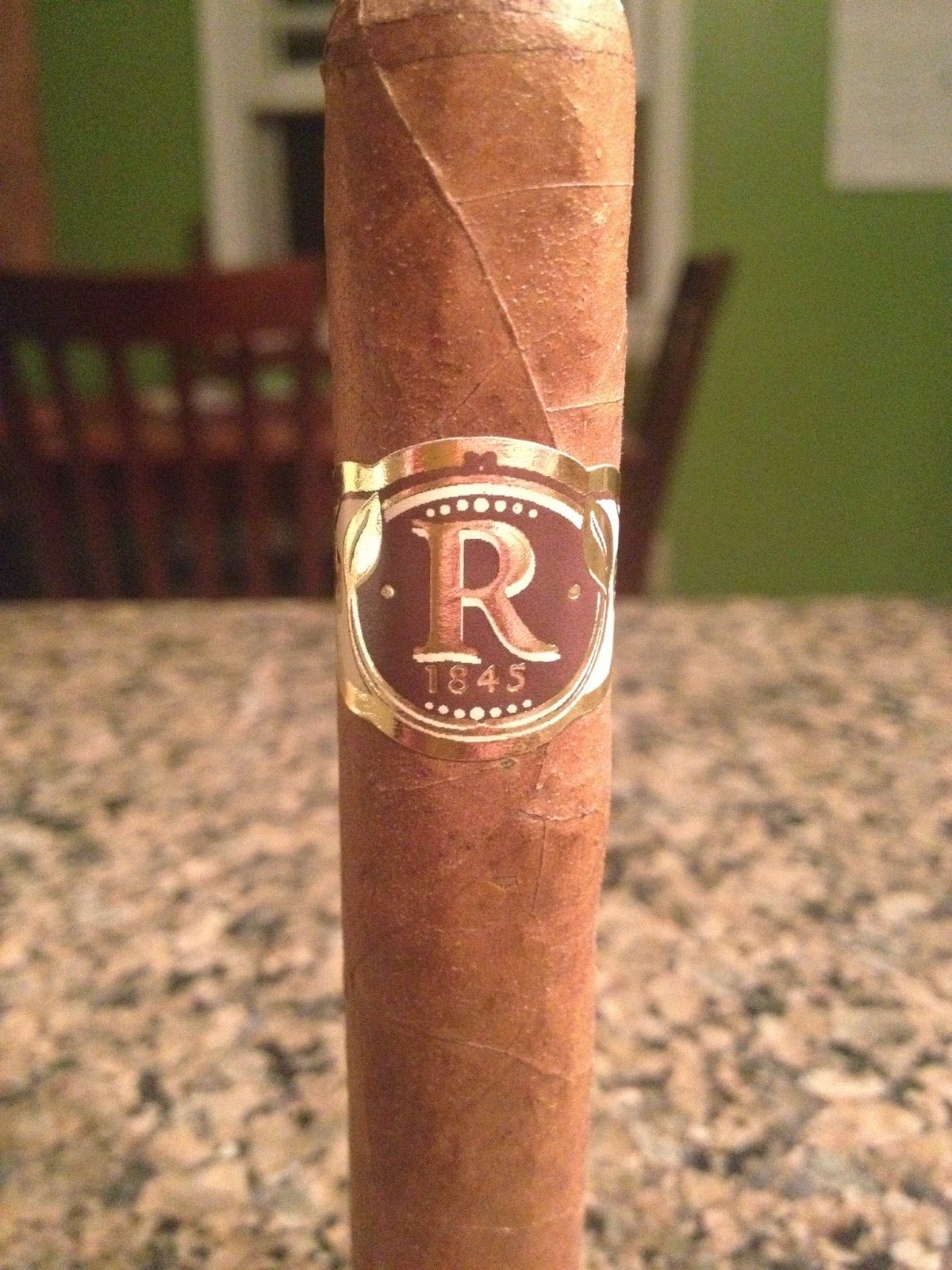 Since 1845 the Robaina Family has been farming tobacco at the farms of Cuchillas de Barbacoa. The farms are situated in the San Luis zone of the Vuelta Abajo tobacco region and this is the most famous region for growing tobacco in Cuba and possibly the world. The family was one of the only families that was allowed to privately own and maintain their farms when Castro came into power and they have been incredibly successful for that. Their percentage of tobacco that is wrapper quality is nearly three times higher than any other farm in Cuba, and until 2009 the farm was under the leadership of the famous Don Alejandro Rabaina. Obviously Alejandro was not running the fields since 1845, I do not know when he took over management, but he is easily the most famous tobacco grower in the world. In fact, he is so famous that in 1997 Habanos S.A. announced that they would be releasing a brand in his and the families honor called Vegas Robaina.

Translated as the Farms of Robaina, the brand is a multi-local brand that is composed of three vitolas. At one time there were more, but as of today there are only three in regular production. For this review I smoked the Famosos and it is classified as a corona extra and measures 127 mm (5″) and has a ring gauge of 48. It is one of the original vitolas and the cigar is composed of tobacco from Vuelta Abajo. The cigar sports a wrapper that is a little rough in characteristics and it has a marbled coloring while color that is between Natural and Colorado. There are some small veins throughout and some small to medium size ones present as well. It has a nice press to it and with that is a triple cap that is not the best I have seen, but it is there. It is firm to touch and it shows an aroma of tobacco, cocoa, coffee beans and spice at the foot. The wrapper shows some aromas that are similar to the foot and I am getting tobacco and spice notes. 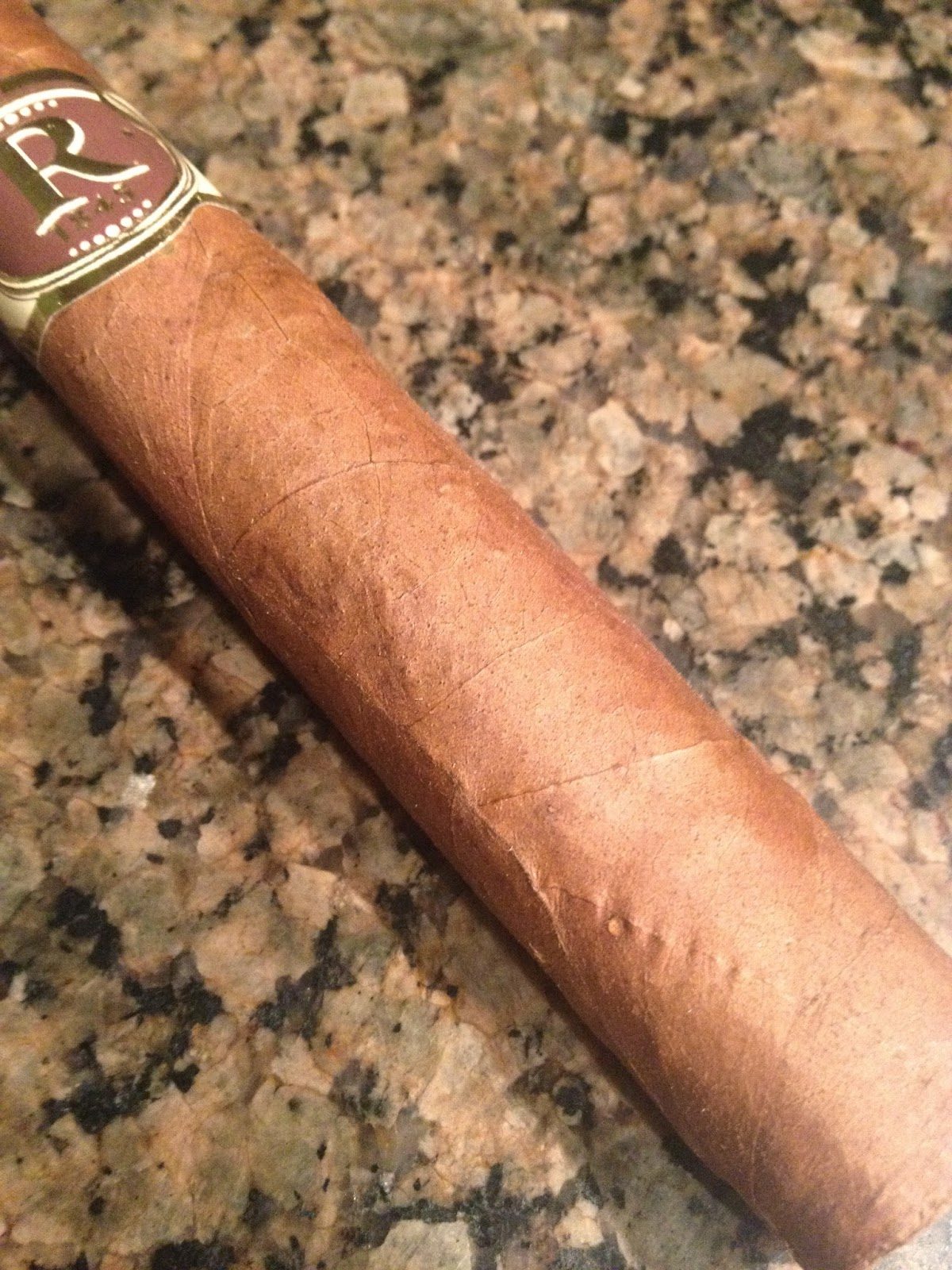 The first third opens up by showing some terrific creamy and tobacco notes. It catches me a little off guard, this is not what I was expecting, and I am pleasantly surprised. Along with those flavors it is accompanied by some nice citrus, spice and red pepper notes, and it produces a complex bouquet of flavors that are unique and terrific. it is a very different Habano, one that I have never really experienced, and I am enjoying what it is offering. With some great flavors the cigar is producing a strength level that is right at a medium level and the  body is pretty much the same as well. They classify it as being stronger and I imagine when it is younger that it is. The construction on the cigar is simply phenomenal and I am getting a razor sharp burn line with a charcoal ash that is holding on firmly to the end. The smoke being produced is a perfect amount and this is a smooth, flavorful and enjoyable first third.

When I get into the second third of the cigar I find that it begins to open up more and it is now showing some more depth and complexity. I am picking up some soft cocoa notes in this third and with that are those terrific citrus, spice and pepper notes from before. There are some emerging soft coffee bean notes and it has a finish of tobacco, cream and cedar. This is a great second third and it is showing amazing qualities in a Habano. The construction remains wonderful in the second third and it is showing that razor sharp burn line with the lovely charcoal ash on the end. Whoever says that most Habanos smoke poorly due to construction has not been smoking recent releases. The cigar continues to smoke at a medium level and this is a cigar I could smoke in the morning or evening with no troubles. 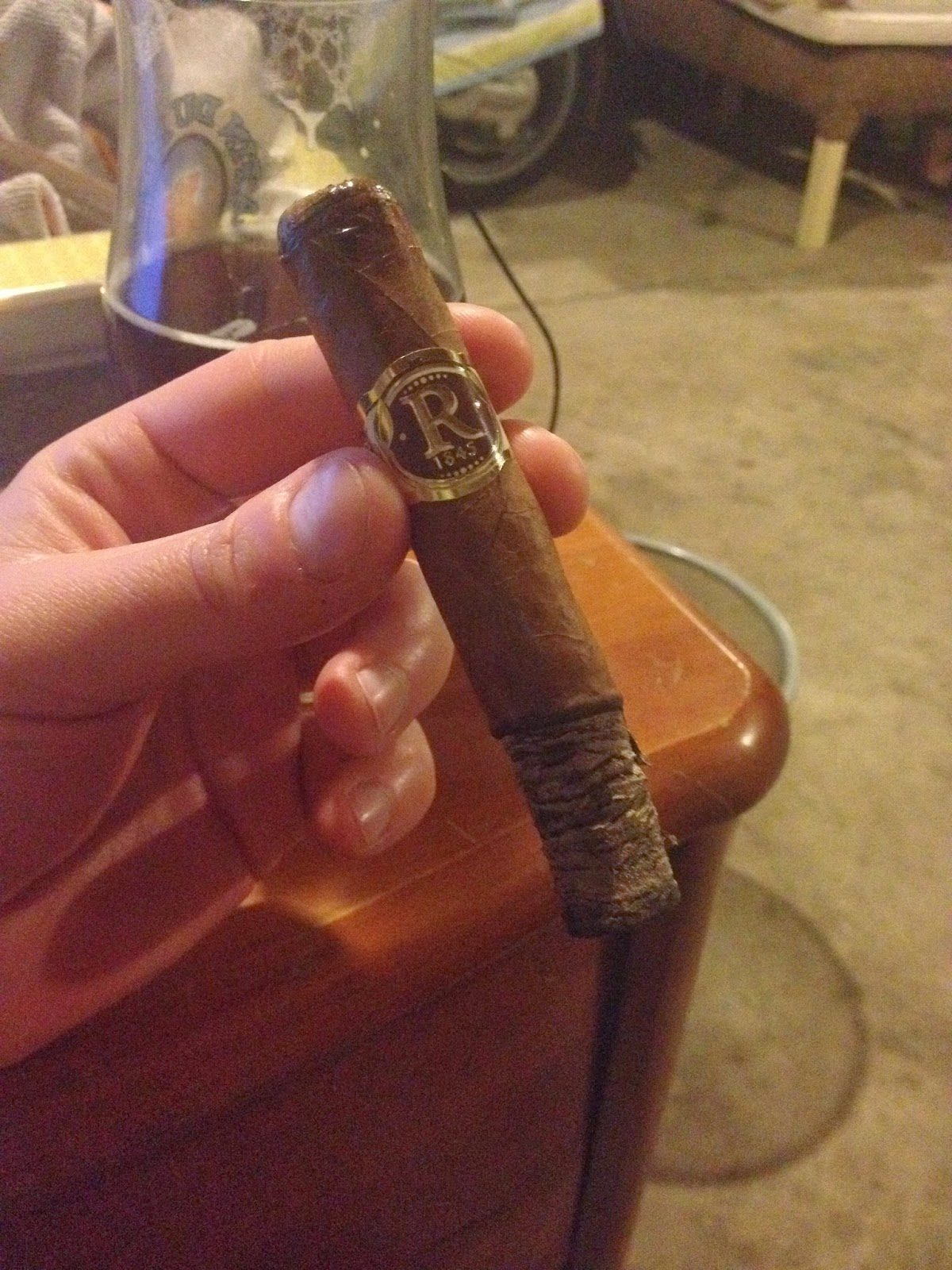 The final third shows a continuation of the flavors in the second third and while there has been little transitioning, it is showing some great flavors that I loved from the second third. I am getting those great qualities of cocoa, citrus and spice, and it is also shows those tobacco, cedar and cream flavors. I really love how this cigar smokes and this is a terrific vitola and Habano. The construction remains perfect all the way to the nub and it is producing a cool draw with an even burn line. The draw is phenomenal and it is cool while producing that great amount of smoke. As I said earlier, this proves that Habanos is producing some terrific smokes that are constructed wonderfully. The strength and body smoke at that medium level throughout and all the way to the end. The final draw is flavorful and it is cool and a wonderful Habano.

This is probably one of the better surprises I have had all year. The Habano showed incredible construction from beginning to end and with that was a flavor profile that was wonderful. It possessed so many great and unique qualities and with that was amazing construction. From beginning to end the Habano smoked cool and produced a great amount of smoke with a perfect burn line. The ash held on firmly throughout and this truly a well made Habano. I always say that a great cigar shows complexity, balance and depth, and this cigar did just that. From beginning to end the Habano kept me on my seat and made me want another one directly afterwards. I have not had these young, I have heard they are stronger but still enjoyable, but with four years age they are smoking marvelously. Right now I would say this smoke gets a 93 rating and I imagine it will get better with a couple more years. 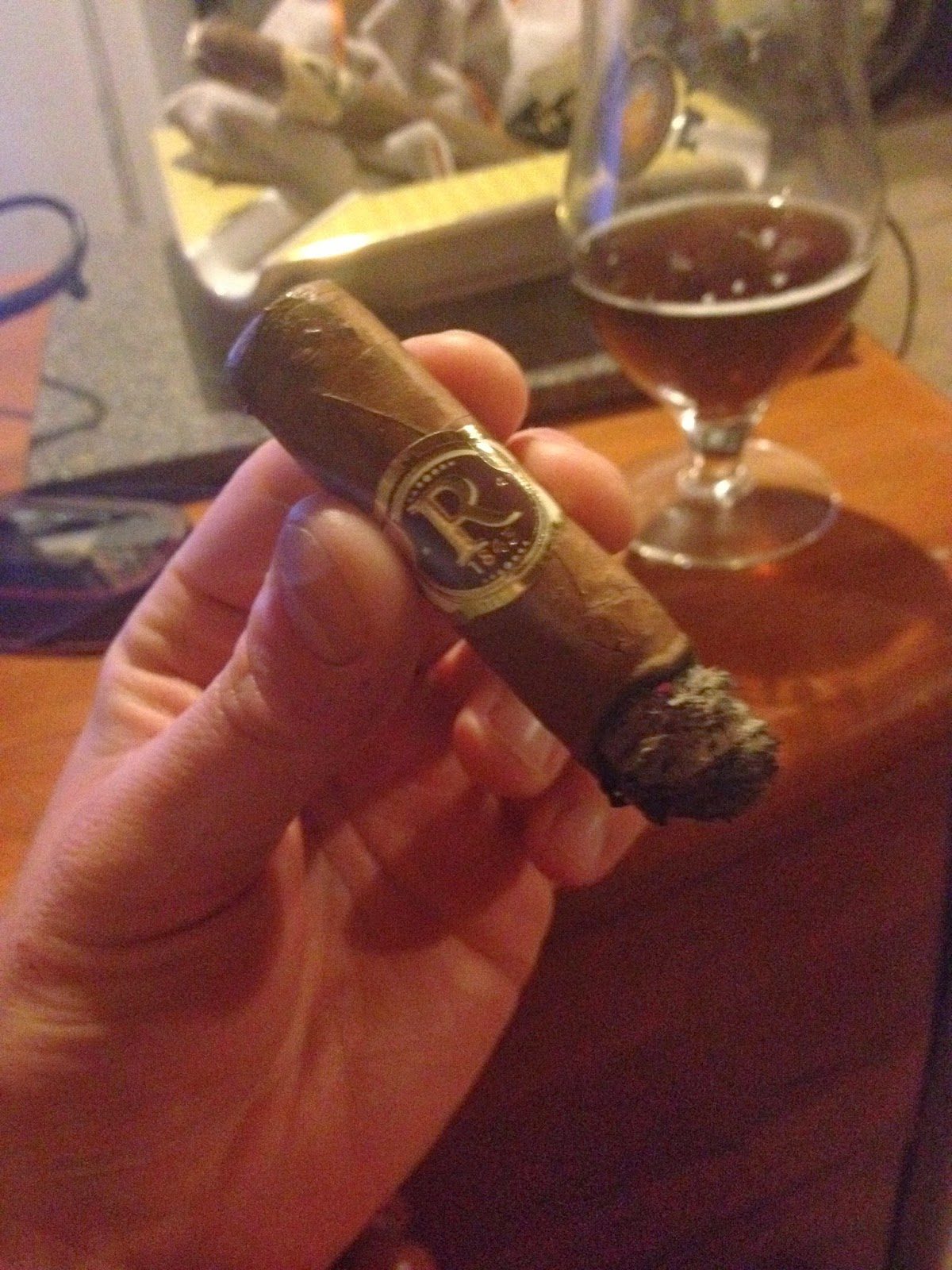 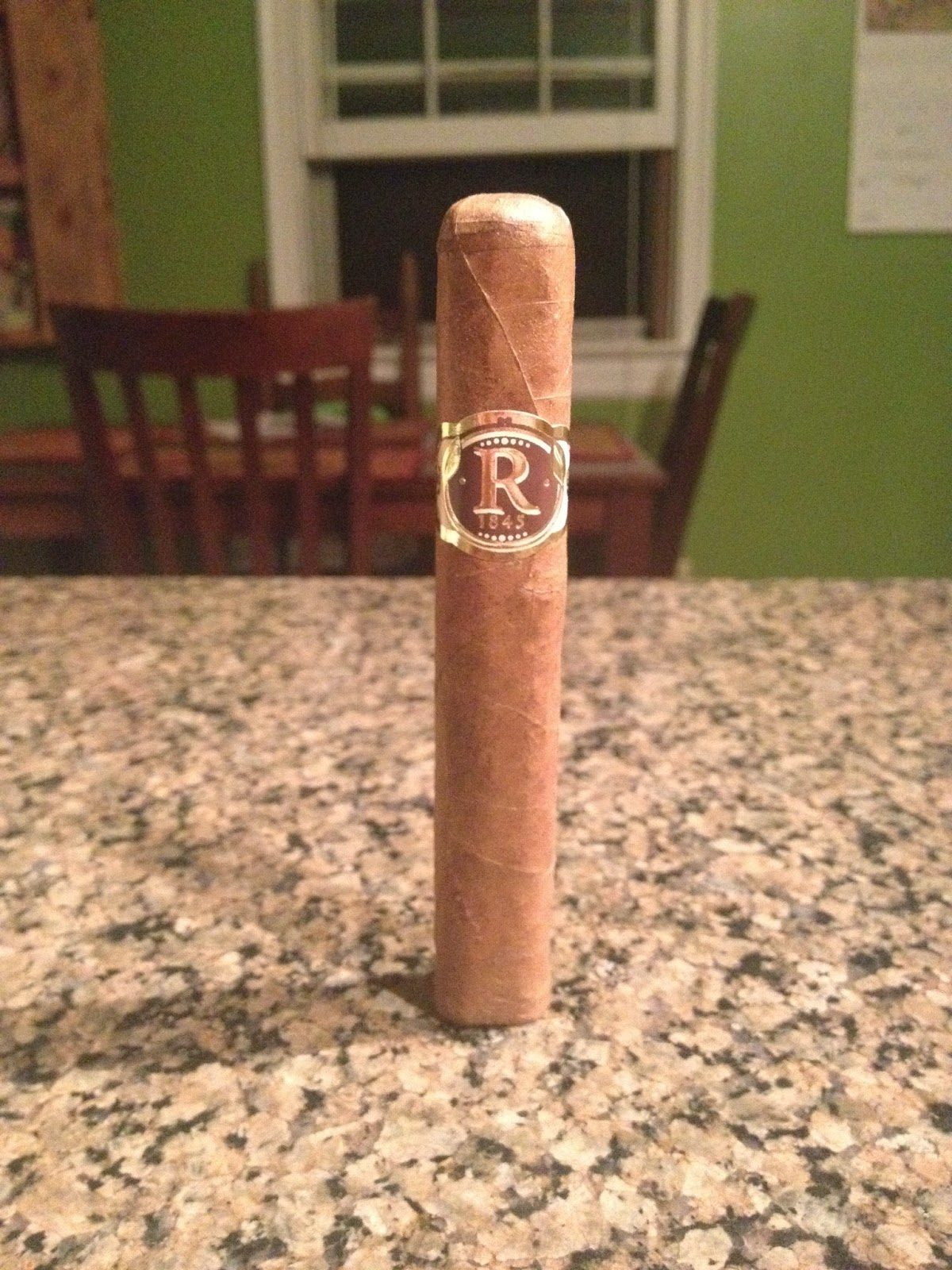