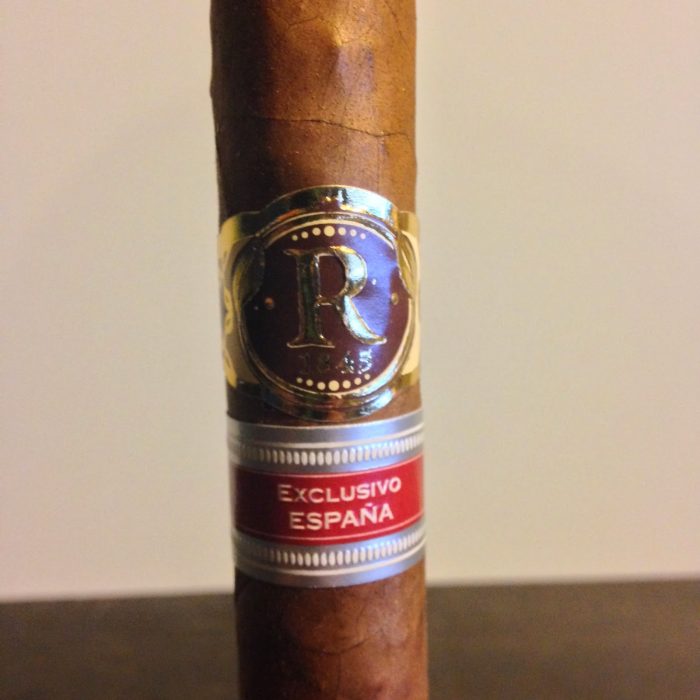 In 2005, Habanos S.A. announced their regional edition program, It is a program to this day that offers some of the less known brands the opportunity to shine, and it also offers countries and regions across the globe to have some say in what they would like. The program has been ever changing and growing since it was initially launched, and to be honest, I have not had a lot of regionals from early on. When I really got into Habanos, I was more interested in the regular production and limited edition releases, that the regional program did not grab my attention. Some of that stemmed from what I was being told through fellow Habanos smokers, but as years went by I began to reach out to more regional releases. Today I look at one of the older regional editions, a Habanos that was launched in the program’s third year, and it is a release that is the first for a country and a brand. The brand is Vegas Robaina, and the country is Spain. Let’s take a look at the Vegas Robaina Maestros Edición Regional España and see how it smokes.

The Maestros was the first regional edition offering for the Vegas Robaina brand, and it came in ten count boxes. 2,000 boxes were produced, and they came in numbered varnished boîte nature boxes. The Maestros was composed of only Vuelta Abajo tobacco, and the Habano was a robusto extra by definition. It measures 141 mm (5.6″) and had a 50 ring gauge. The regional edition was for Spain, and this is a country that is known for well received regional editions. The Habano has an aroma of hay, soft manure, tobacco, and sweet fruit on the foot, while the wrapper is giving off an aroma of sweet tobacco, soft spices, and touches of citrus fruit. It is a firm Habano overall, and it has an excellent cold draw. The coloring is that of solid Colorado, and it has a few veins present throughout. 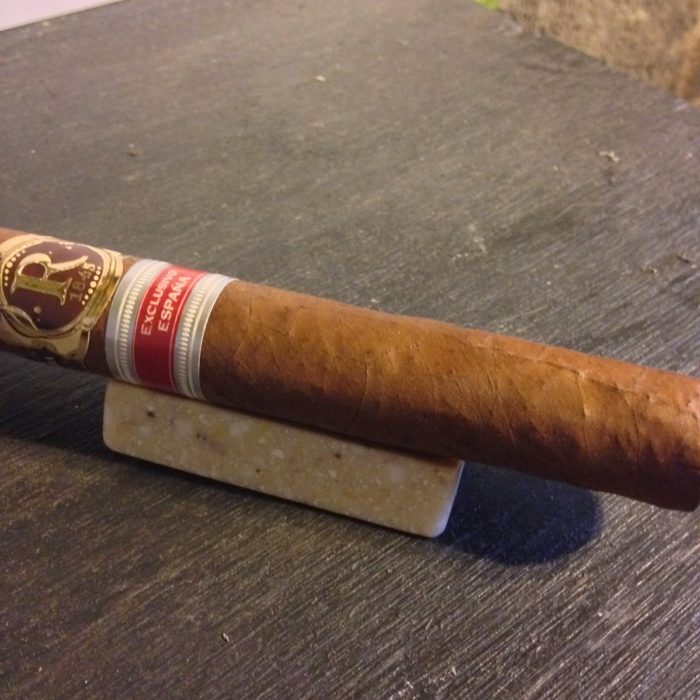 The Habano opens up by showing light and complex flavors. It has a nice tobacco, hay, and grass quality, but it is accompanied by this lemon ginger quality that is showing some soft currant notes in the background. There is a touch of anise and cloves on the finish, and it has some leather and meaty qualities present as well that make it incredibly complex. The construction is absolutely terrific and it is showing  an even burn line with a solid charcoal ash on the end of the smoke. The ash is holding in firmly, and there is a terrific amount of smoke being produced with each draw. The draws are light, smooth, and cool, and this is a well made Habano. I would classify it as being medium in body and the strength level is just south of that, smoking a little bit higher than mild-medium. 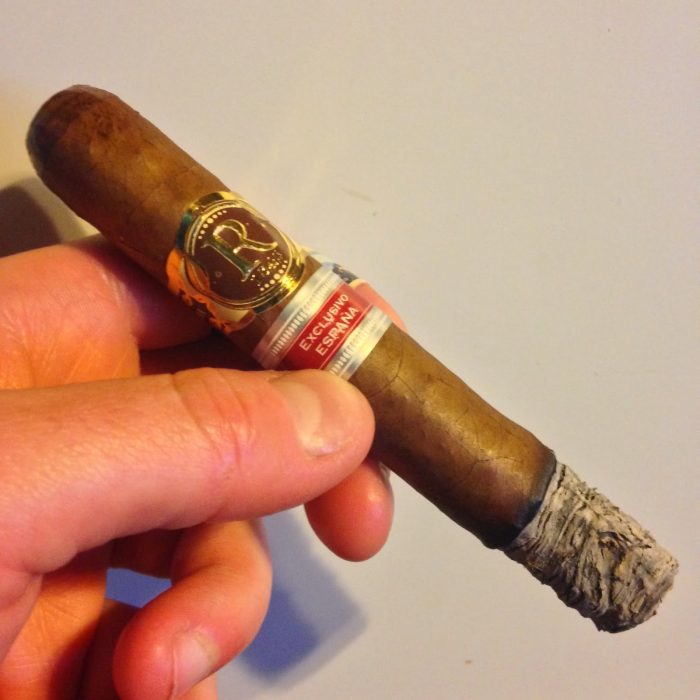 I am in the second third now and the flavors are continuing to deliver greatness. I am picking up these terrific coffee notes, and they are paired with those soft lemon ginger qualities that make for an incredible smoking experience. There is a light tobacco, hay, and spice quality present as well, and it is a complex and smooth flavor profile. It is a very approachable smoke right now, I can’t speak for how it was when it was younger, but age has done wonders to the blend. The construction is top notch throughout the entire third and it is producing an even burn line with a firm charcoal ash on the end. The ash is holding on firmly, and the draw is cool producing that perfect level of smoke. I would still say that the body of the cigar is smoking at a medium level, and the strength is just slightly below that, smoking just south of medium. 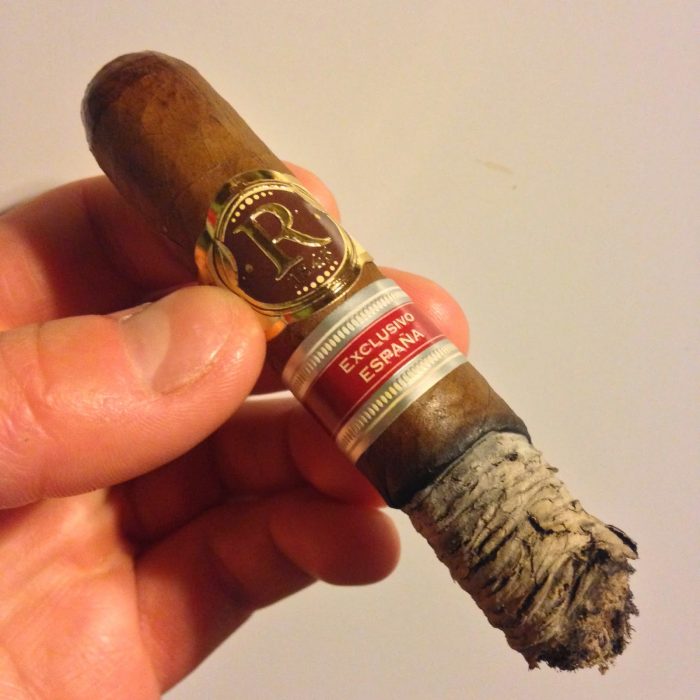 The final third provides nice closure for the Habano, and it is showing some meaty, leather, and lemon flavors. There are some soft coffee notes present as well, and it has touches of tobacco, hay, and spice. There are some floral qualities present with the smoke as well, and it is complex and wonderful finish. The construction remains perfect in the final third and it is showing that even burn line with that solid charcoal ash on the end. The ash is holding on firmly and there is a terrific bit of smoke being produced with each draw. The draw is cool to the nub, and it is a smooth and lovely finish, and it makes me want to light up another one right away. The body and strength are a medium level in the end, and it is a perfect level to match with the flavors on this terrific conclusion. 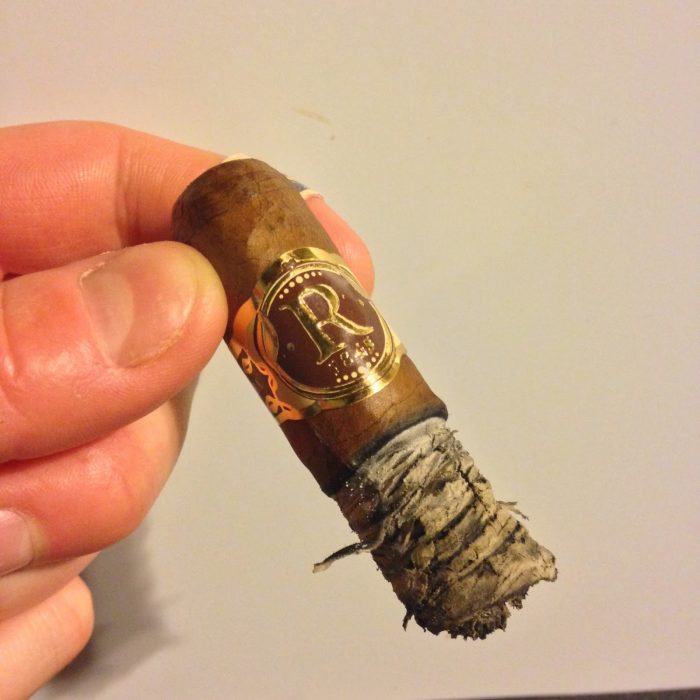 Maestros is a terrific vitola, I mean terrific, and backs up the theory that Spain gets some terrific regional edition smokes. This is one of those Habanos that I was not expecting to love, and I absolutely fell in love with. I don’t how they smoked when they were younger, but they are great now, and they are right up the alley of any true lover of Habanos. The construction was simply phenomenal and the body and strength were perfect throughout. It was balanced from beginning to end, and the flavors never let up. There are so many great qualities to the Habano, and one of them happens to be the size as well. The robusto extra produces a great time for smoking, and while it is not a small offering, it is not overly large as well. I would recommend this to so many people, and I can’t wait to see what Catfish has to say about it. I am giving this a rating of 94-96 and I bet this will remain great for many more years. 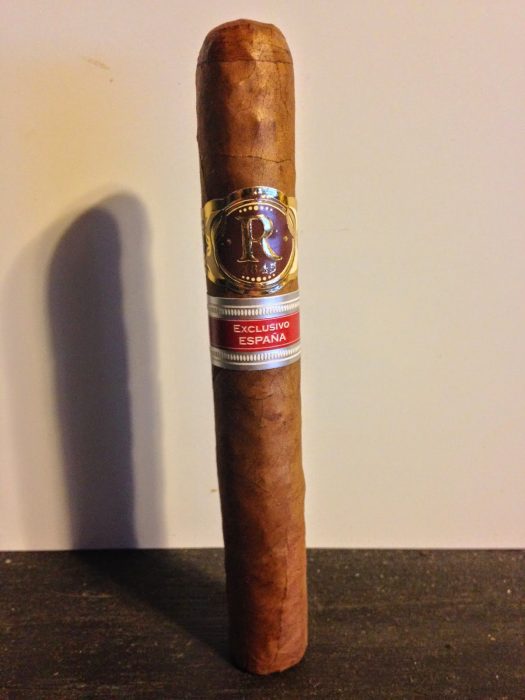