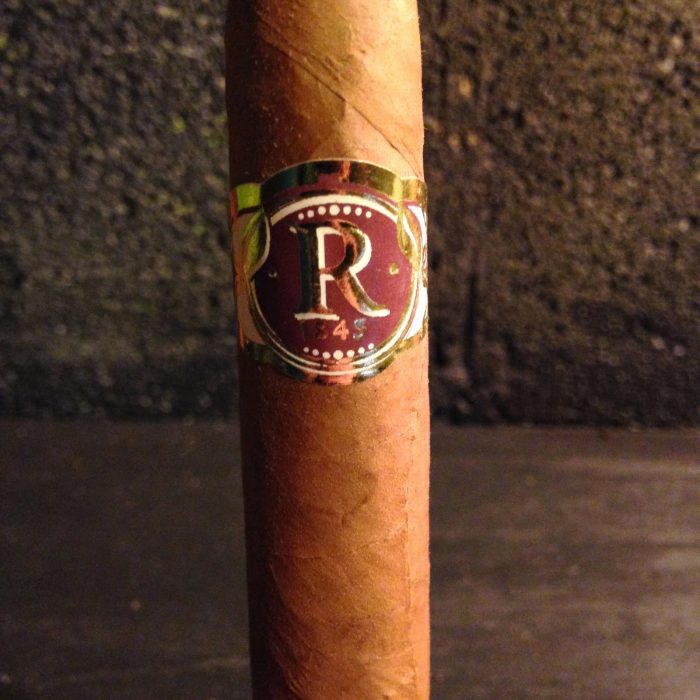 In 1997, Habanos S.A. announced that they would be releasing a new Habano and that this Habano would be honoring a tobacco legend and more importantly, his family. You see, since 1845, this man’s family had been growing tobacco in the fields of San Juan in Pinar del Rio, and even after the Revolution, the government recognized how great the tobacco was that came from this families farm, that they decided to leave it under the control/maintenance of the family. To this day the farm is run by a family member and I see that tradition continuing on for many more years. Tourist flock to the farm to see the fields and meet the new farm head, but when this Habano was first released, they came to see the man who was a tobacco growing legend. The man was Alejandro Robaina, and the brand made in his and families honor was Vegas Robaina.

One of three regular production offerings in the Vegas Robaina brand, the Unicos is a pyramid and the tapered vitola offering for the brand. It measures 156 mm (6.1″) with a 52 ring gauge. The Habano has been on the market since it was first introduced in 1997, and is composed of Vuelta Abajo tobacco. The pirámides is simply terrific in appearance and it has a lovely coloring which is a dark Natural/light Colorado. There are very few veins present throughout, and it has a tapered head that is finished wonderfully. There is a little bit of firmness present with the Habano, and this is a well constructed pyramid. The wrapper is showing some lovely notes of hay, tobacco, sweet spices and dirt, and the foot is giving off some notes of hay, cocoa, stone fruit and earth. The cold draw is terrific and I am ready to get things going. 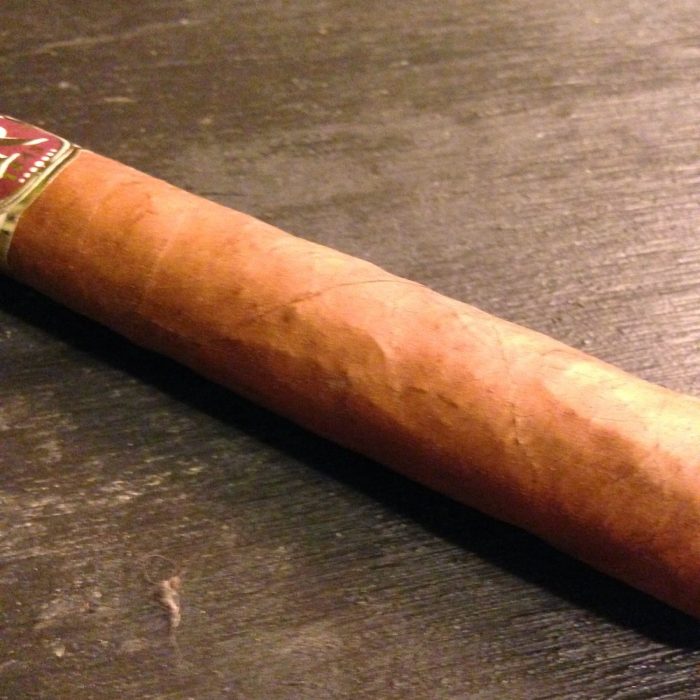 The first third begins by showing some subtle lemon notes and it is paired with some grass and hay qualities. There is a cedar like flavoring with that, and it has some tobacco, cream and pepper qualities present as well. It is very defined and sharp, and Mark Jr. from Stogie Geeks was correct in classifying it as crisp. I enjoy the flavor profile, and while it is not my everyday cup of tea, it is one that I could come back to down the road. The construction is perfect with the smoke as well and it is producing an even burn line with a beautiful charcoal ash on the end. The ash is holding on firmly and this is a well made pyramid. The draw is cool and smooth, and with the tapered head I am getting a nice bit of concentrated smoke on the palate. I would classify the strength of the Habano as being medium-full and the body being right there as well. 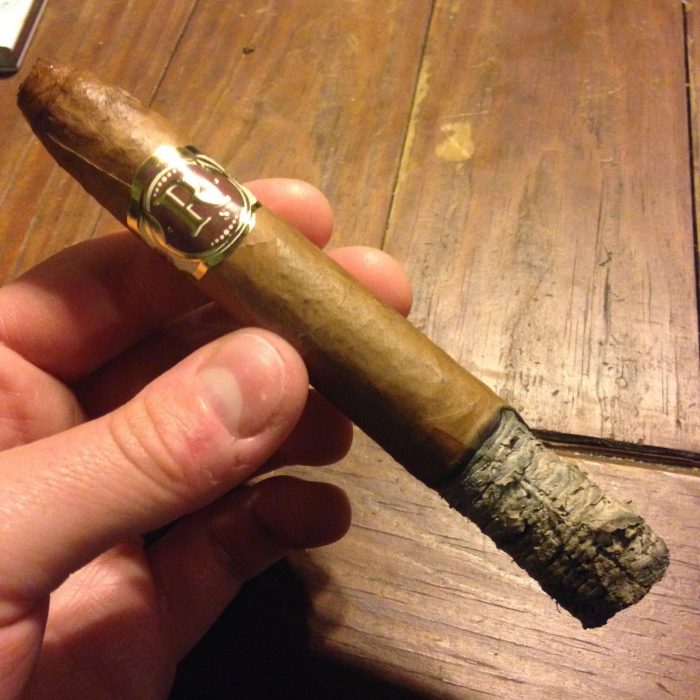 The second third shows a lot of growth from the citrus notes and it working well with some black pepper and tobacco flavors. There are some herbal qualities present as well, and it has some sharpness present as well on the finish that is unique and slightly enjoyable. The cedar and twang notes are there as well and as I said before, this is nice but not something I would have in my everyday rotation. The construction is still dead on with the Habano and it is showing an even burn line with a darker charcoal ash on the end now. The draw is cool and there is a great deal of smoke being produced with each draw. It is still burning cool and as the third comes to a close I am beginning to get some coffee qualities. I would classify the strength as being around the full level in this third and the body is there as well. This Habano is showing some growth. 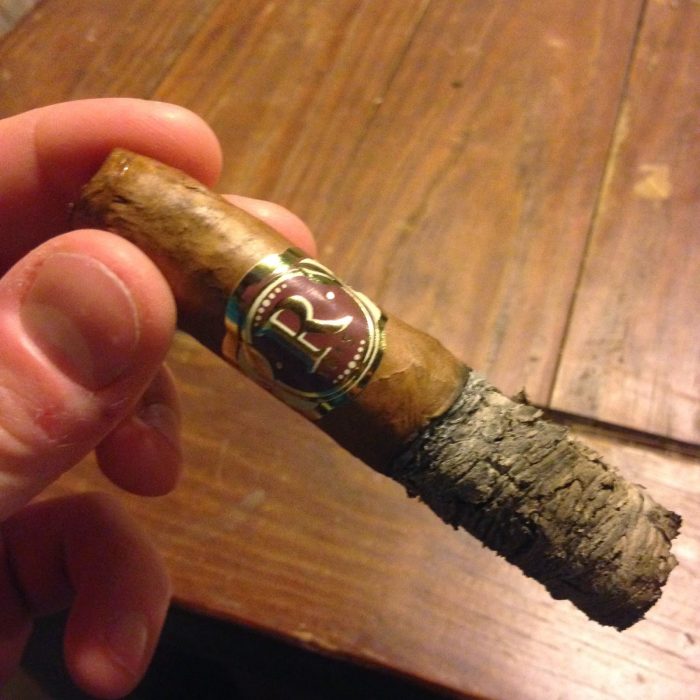 I am in the final third of the cigar now and I am finding that it is growing incredibly well as a cigar. The herbal notes are significantly stronger in this third and with that is some stronger sharpness and noticeable black pepper and coffee flavors. I am getting some cocoa notes present as well, and it has a cedar and tobacco finish to the cigar. The construction remains similar in this third to what it was in the second third and it has a fairly even burn line with a nice dark charcoal ash on the end. There is a noticeable burn line with the Habano, but that is not uncommon for a Habano. The draw is cool, slightly tight, and there is a lovely bit of smoke being produced on each draw. The final strength and body levels are right at that full level and it is definitely a cigar that has little age on it. It will mellow with time, but right now it has some strength. The final draw is cool and flavorful, and it shows great construction with the tapered head. 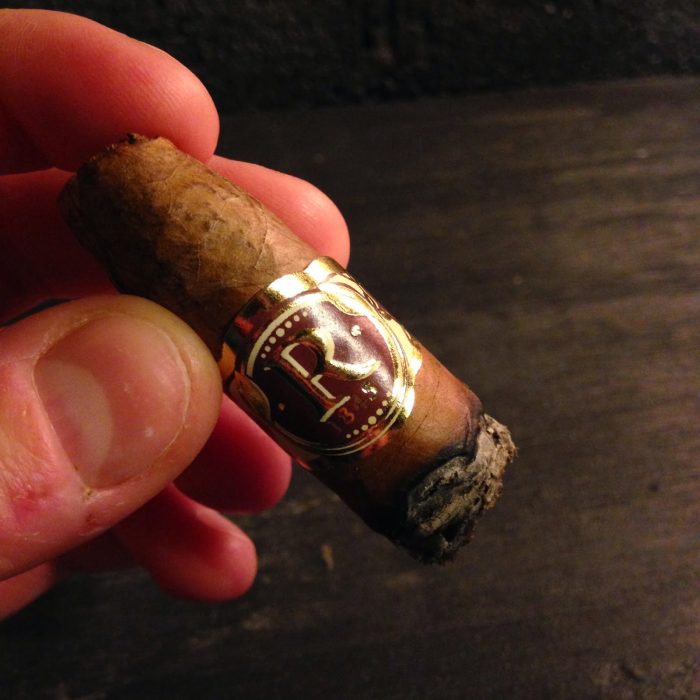 I have now worked my way through the entire Vegas Robaina brand and I can tell you that this is a brand that does great with aging, and if the Habanos have at least five years on them, they are ready to be smoked. While they are flavorful as being young, they are better with age and need that time period to really improve. The Unicos is a terrific pirámides, but with the other great vitola offerings in the brand and other well known and well ranked pirámides, it is hard to see it at the top of any list. The Habano showed some great construction from the beginning and with that were some awesome flavors that spoke to me as a smoker and lover of Habanos. I think there are some core and passionate Habanos lovers that enjoy the brand, but I believe as an introductory brand it may not be for everyone. As a young Habano, I am giving the Unicos a rating between 88 and 90, but with age I can see it smoking at a level between 90 and 92. 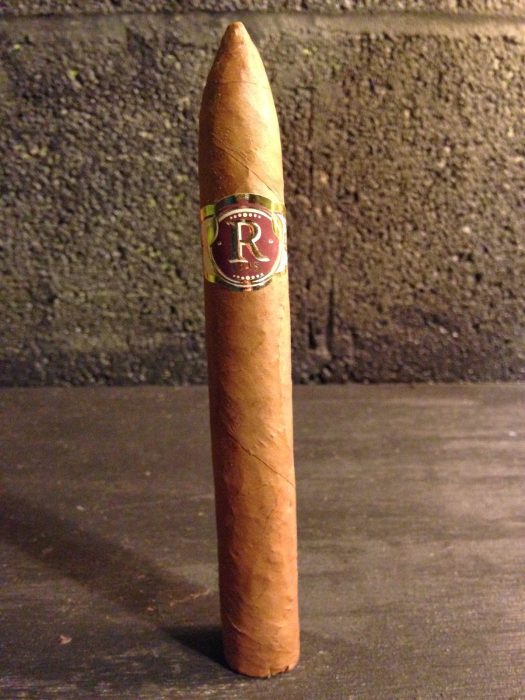