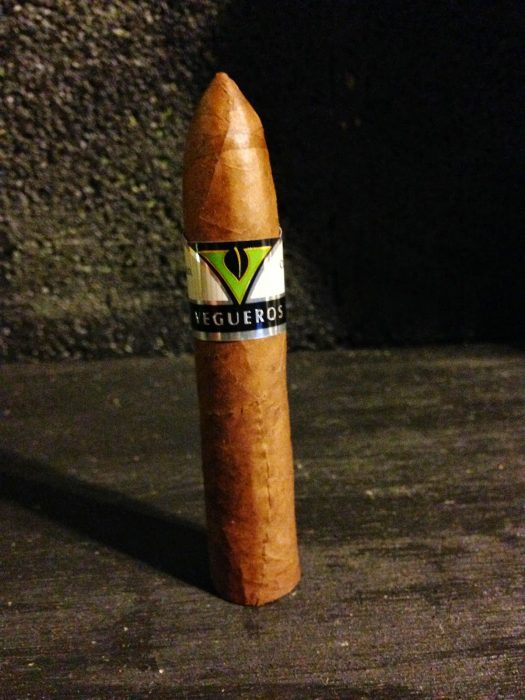 It’s been 60 days since Catfish reviewed the Vegueros Mañanitas and Habanos Critic & What Embargo began its analysis of the Vegueros brand, and today I share my thoughts on this particular cigar and see where it is in 60 days. Has much changed? Probably not, but the 60 days of resting in the humidor should have brought the cigar down a little bit in terms of wetness and freshness, and we should be able to get a better look at how it is with some age. Enough of this though, let’s take a look at the Vegueros Mañanitas.
The Mañanitas is one of the three new vitolas added to re resurrected brand, and it is a petit pyarmid in definition. It measures 100 mm (3.9″) and has a 46 ring gauge. The cigar is made in Pinar del Rio at the Francisco Donatién Factory, and is composed of tobacco from Vuelta Abajo. In technicality, this is not a Habanos, and the reason for that is that it is not made in Habana. The short torpedo is rolled wonderfully and it is a firm cigar in hand. The wrapper has some typical Habanos qualities, and it shows some veins here and there that are bumpy on the wrapper. It has a nice coloring to it, nice Colorado coloring and is a nice little smoke. The foot of the cigar is giving off an aroma of hay, earth and tobacco, and the wrapper is showing an aroma of leather, spices and tobacco. 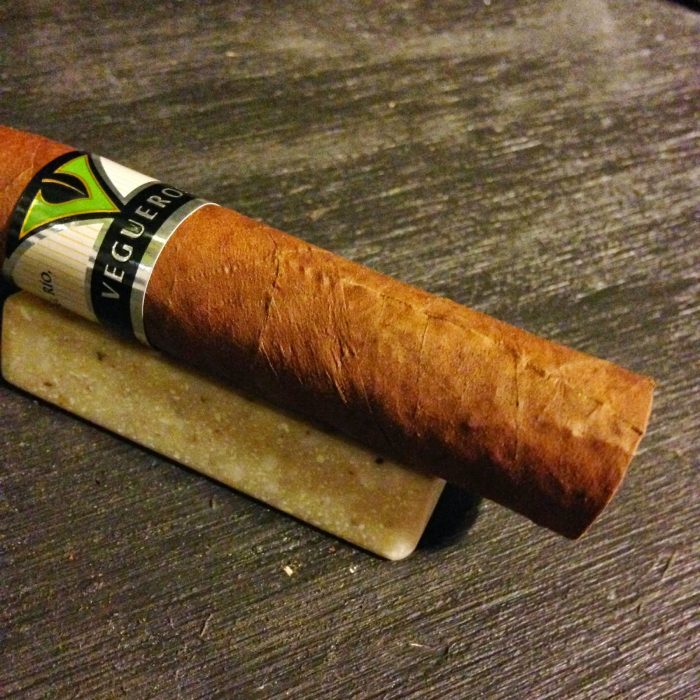 The cigar has a terrific beginning and it is showing some really lovely spice notes with some hay and grass qualities on the forefront. There is a meatiness present as well in the middle and it has some creamy aspects there too. I am getting some pepper notes on the finish and it is a nice way to move into the second half of the cigar. The construction so far has been perfect and it has shown a cool draw with a lovely amount of smoke being produced. It is not smoking warm at all, and this is a well made little cigar. The ash is holding on evenly to the end and it is showing a nice charcoal coloring on the end that is holding on firmly. I would classify the strength of the cigar as being medium-full and the body is there as well. This is an afternoon smoke in my opinion and with the price I would smoke these quite often. 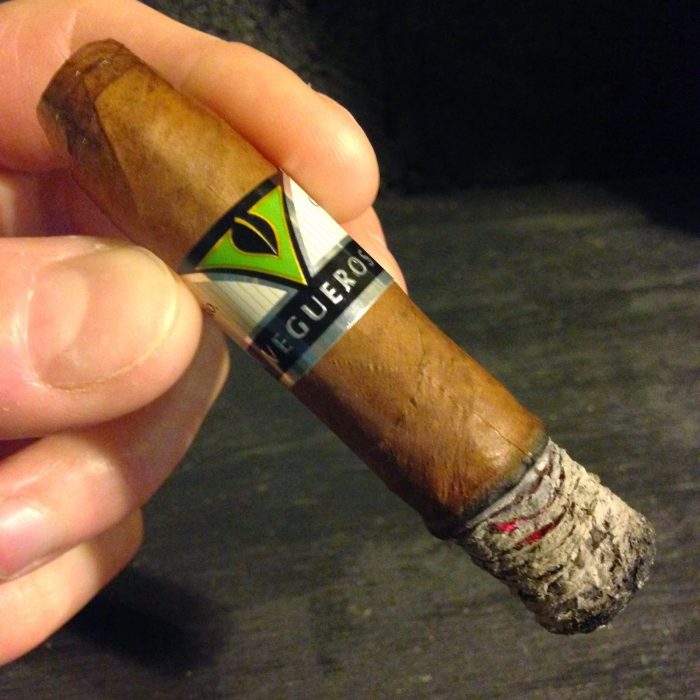 I am in the second half of the cigar now and it is continuing to show the flavors from the first half that are enjoyable. It is not overly complex or showing a lot of transitioning, but it is enjoyable and a well made cigar. It is giving off those notes of spices, hay and grass, and there are some creamy aspects as well with some nice pepper notes as well. To me, it is a classic farmer cigar and it is fitting for the title Vegueros. The construction remains perfect in the second half of the cigar and it continues to show that solid burn line with that lovely charcoal ash on the end. The draw is smooth and cool and it is giving off a nice bit of smoke that is not overpowering, but there is a presence that is perfect. I would still classify the cigar as being medium-full in strength and body still, and this is a solid afternoon smoke. 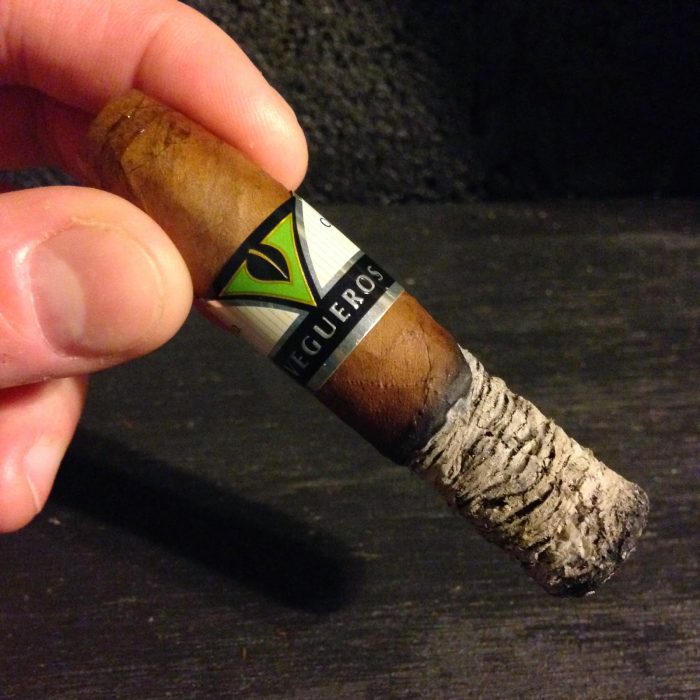 Vegueros is a brand that is not for everyone. In fact, I think a true Habanos smoker will either love it or hate it. It does not smoke like a Habanos in my opinion, and it is a little bit more agrarian or natural overall. You can tell that this cigar is all Pinar del Rio and it is a little bit further away in terms of differences from the blends that are being done in Habana. To me, it is a summer cigar and that is about the only time I would smoke them. The flavors are perfect for that time of the year and while the sizes are optimal for the winter months, it does not go with the season. I believe that 60 days of low humidity have helped this cigar dry out some and they are really smoking better than when I first smoked them 30 days ago. I think they will age well, calming down in a couple years to show a more elegant flavor profile, and after that period of time they will be perfect late morning and afternoon smokes when it is hot as hell and humid as fuck outside. This is what you pair with a mojito. Young rating, 87 to 89, with an aged rating of 90 to 92. 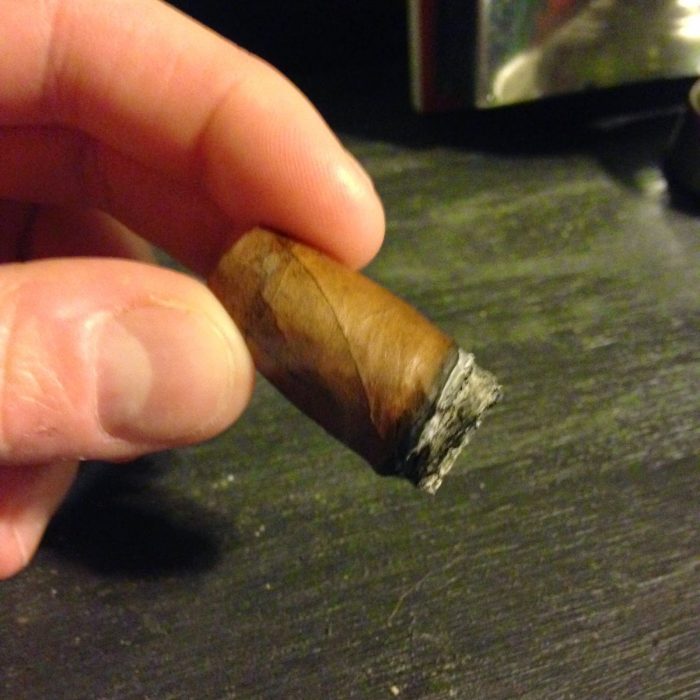