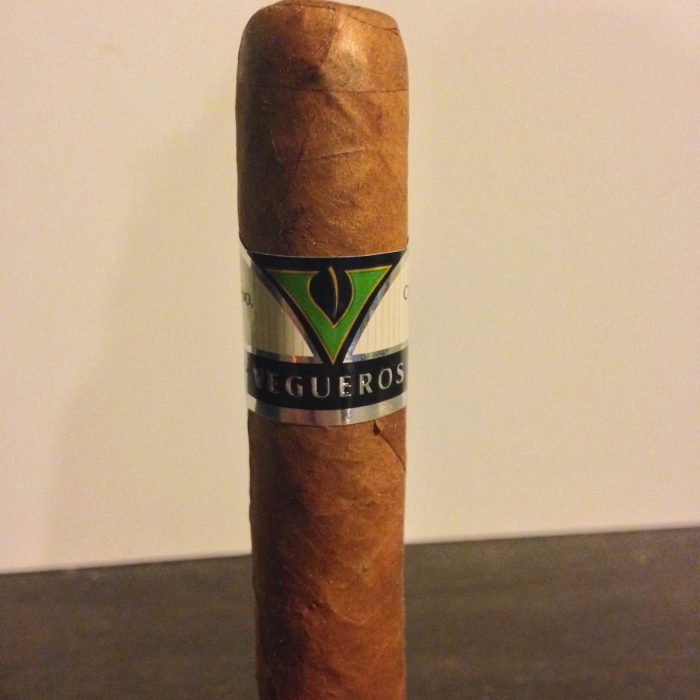 If there was and is a brand from Habanos S.A. that is getting a lot of attention, it is Vegueros. It is a price friendly cigar made out of Habana, and while it is technically not a “new” brand, it is a brand that has been resurrected with major improvements. With stunning new packaging designed by Nelson Alfonso, and three new vitolas that are more in line with the current demand, Vegueros has been doing well internationally and has even gotten some Americans talking about it. Both Catfish and I have discussed and reviewed two of the new sizes, but today I look at the third which neither one of us have talked about or smoked before. That cigar is the Vegueros Tapados and it is the most appealing of the sizes offered in the brand.
The last of the three sizes left to review, the Tapados is is a Corona Extra that is called Mareva Gruesa in the factories. The cigar measures 120 mm (4.7″) and has a ring gauge of 46. The cigars are made outside of Habana in Pinar del Rio, and they are made at the Francisco Donatién Factory with tobacco from the Vuelta Abajo region. The Tapados is rolled well and finished with a lovely Colorado coloring wrapper. It has some minor veins present throughout and a faint triple cap placed at the head. It is fairly firm throughout and has a nice texture that is slightly coarse. There is an aroma at the foot of the Habano which is showing dry earth, tobacco, and barnyard qualities, and the wrapper is showing some more wood and manure like flavors. 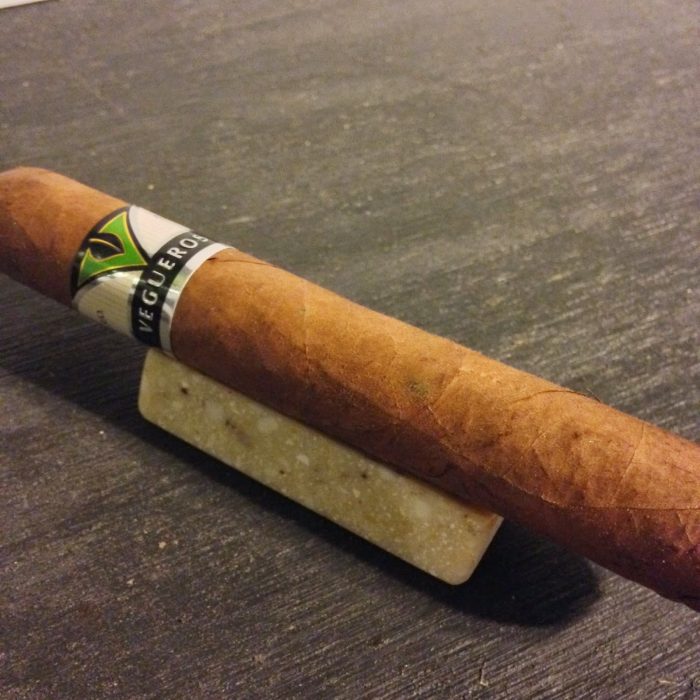 The first half opens up by showing some of those great new qualities present in the Vegueros brand, and they are flavors that show some grassy characteristics with barnyard and dry earth qualities. There are some faint spice notes present as well, and it has a subtle creamy aspect with that. It is a smooth and easy first half with a solid flavor profile. The body and strength are just south of medium, and I would say that overall they are smoking at a a mild-medium level. The cigar is one that I could enjoy anytime of day, but I believe it to be an appropriate morning smoke. The construction is fairly top notch in the first third, and while the burn line is not razor sharp, it is a little uneven, it is not wavy but burning consistently. The draw is cool overall and it is giving off a nice bit of smoke with a slightly firm draw. 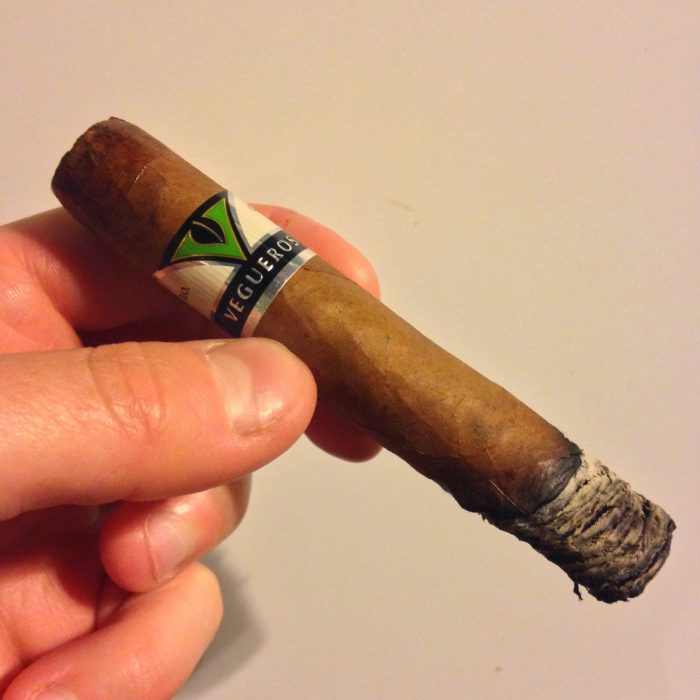 When I get into the second half of the cigar I find that it is showing some minor changes in the flavor profile, but overall it is fairly similar to that of the first. It has a nice creaminess and grassy quality present, and on top of that is a solid barnyard and earthy flavor as well. It is not overly complex, but it is enjoyable and terrific for what the cigar is. The strength and body move up slightly to smoke at a medium level, and it is a nice increase to finish the cigar. The construction remains to be solid and in this half I would say it is smoking better than it was in the first. I am getting a nice and even burn line, and there is a cool draw that is not to loose or tight, giving off just the perfect amount of smoke. I smoke the cigar down to the nub, and to the end it smokes cool and flavorful, still remaining as a late morning smoke. 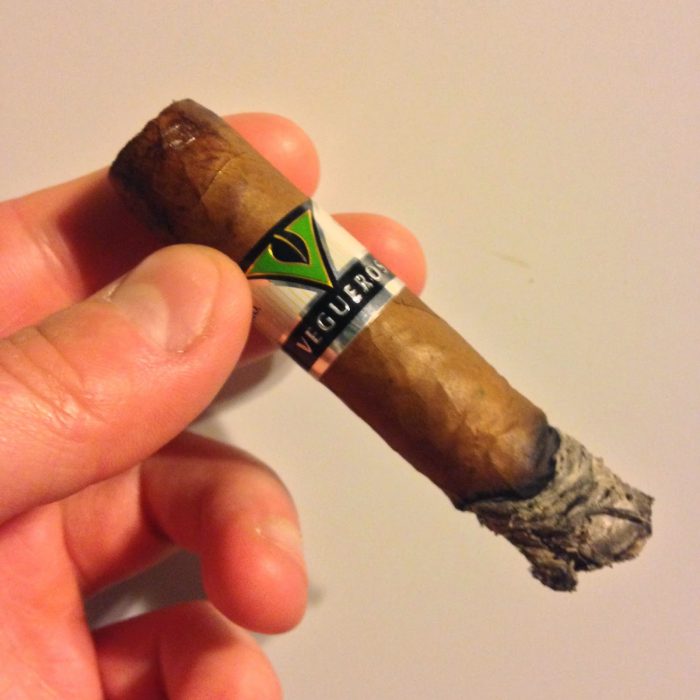 I like the new Vegueros and it is a great turnaround for the brand. I did not care for the original blends at all, but the new blends are much more exciting and enjoyable with the blends coming in great sizes. While some of the initial sizes were smaller and more to my liking, I thought the blend for those sizes were not a success in the sizes being used. The new blend works well in these larger sizes, and they are sizes that really speak to the current market. With ring gauges of 46 and 52 throughout the line, the cigars are not too big but at the same time not too small. I think the Tapados is my least favorite of the three sizes, the Entretiempos being my favorite, but it is still a solid blend and one that I could smoke in the mornings quite often. While I would not say these are as good as a majority of the Habanos on the market, they are great for what they are, and I would smoke them more often in the morning or when working the yard, something where the cigar is not the major focus. I am giving the cigar a solid 85-87 rating now, and with age I would say it would be fairly similar. 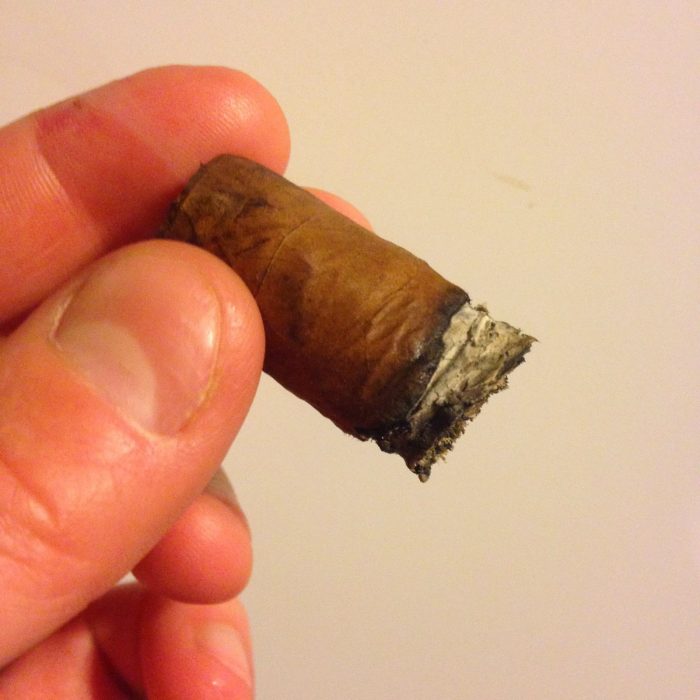 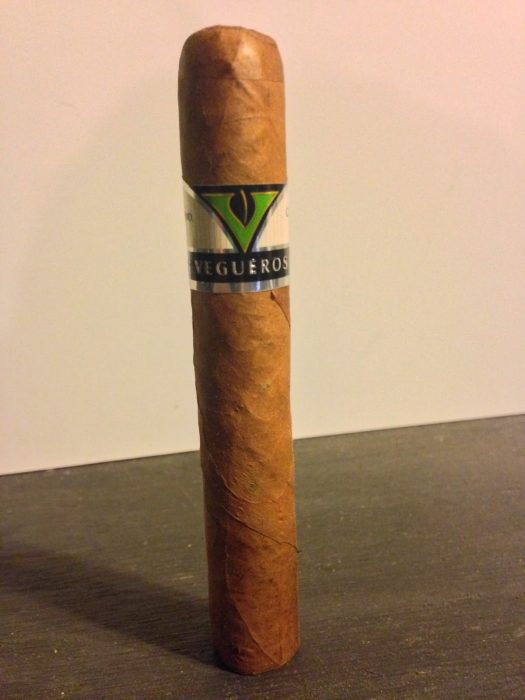