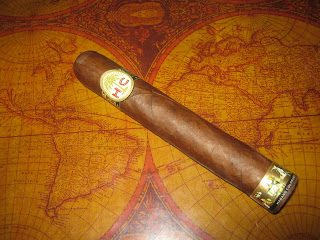 It is safe to say that a majority of you, probably more then 75% have a XIKAR lighter or cutter. If you do not have one currently, there was a time when you did, and you most likely will buy one of their products again in the future. I can’t tell you how many XIKAR cutters I have had, and have, and how many of their lighter share that same story. Heck, just the other day I was playing around with their new cutter,  the 3D Mayan Cutter. It is absolutely gorgeous and worth every pretty penny. I know Havana Phil’s has them, not sure elsewhere. Well back in 2008 that XIKAR decided that they would delve deeper into the cigar industry and launch their own cigar line. The line was originally called Defiance, but they changed the name shortly after to HC Series, the Defiance is now the HC Series Criollo. At the time XIKAR decided to team up with the genius Jesus Fuego, and decided to produce these cigars at the Segovia Factory in Esteli, Nicaragua. This is Nestor Plasencia’s Factory, and they use that factory because Jesus doesn’t have a factory of his own. To this day Jesus Fuego is still making the line for them in Nestor’s factories. While the Habano Colorado and Connecticut are made in Nicaragua, I am reviewing the Habano Colorado, the Criollo version is made in Honduras at Nestor’s factory there.

If you have never heard of Jesus Fuego, he really is a genius, and you should pick one of his cigars, Jesus Fuego Origen Originals, they are amazing! Anyways, for this review I went with the Habano Colorado version, and what a great version it is. The wrapper is Colorado in coloring, and is grown in the Jalapa Valley of Nicaragua. Underneath that is a Nicaraguan binder from Esteli, and then the filler is composed of tobacco from Costa Rica, Honduras, and the Jalapa Valley of Nicaragua. Jesus Fuego is one of those manufacturers who gets creative with his use of tobacco, and this cigar definitely shows that with Costa Rican fillers.

The wrapper is slightly oily while very silky to touch, and has a dark milk chocolate wrapper with hints of reddish clay. It is a great example of a dark Colorado wrapper, and holding the wrapper and foot to my nose I get aromas of cocoa, barnyard, spice and rich earth. The wrapper has some big veins in it, but what people don’t realize is that veins carry so much flavor in them, and there is really nothing wrong with them except making the wrapper not look as pretty and fancy as others can. Heck, I would rather have a great tasting wrapper then a pretty one. The Grande vitola which I am reviewing is the largest in the line measuring 6″ with a 60 ring gauge. Actually, the Salomon Limitado is the largest, but it is very exclusive, only 1,000 boxes. I will review that smoke as well, and I will be smoking that this Friday at the XIKAR event at Havana Phil’s!

Immediately after lighting this cigar I am greeted with tons of rich flavors. The aged tobacco is wonderful, and producing so much flavor. I am getting hints of dark chocolate, rich earth, damp wood, leather and dark pepper all at once. It is very rich and power but incredibly smooth and pleasant. The cigar produces a great amount of smoke, and it is perfect for smoke rings. Looking at the foot the ash is holding to the cigar wonderfully, leaving a great dark gray ash, and the burn on the cigar is razor sharp. I would say the cigar is smoking between a solid medium and medium-full. A wonderful cigar so far, and you can definitely get all the great flavors from the tobacco from Jalapa and Costa Rica. In the second third of the cigar there is not a drastic change in the flavor profile, but there are some minor changes. The pepper flavors from the initial third have vanished, and I am left with a cigar that is incredibly rich and sweet. It is not overly sweet, but there are loads of great flavor profiles present, and it is very nice. To me the strength is around a solid medium in this third, and the burn on the cigar is great.  The cigar is so rich that in some ways it reminds me of infused cigars and pipe tobacco because it is so aromatic, but it is all natural. A great cigar so far and wonderful flavors for a large ring gauge. As I find myself in the final third of the cigar, I begin to see a return of flavors and strength from the first third. I would say the cigar is finishing close to medium full in strength, and the flavors are increasing as well. The cigar is still burning perfectly, and the ash is just holding on to the cigar very well. The flavors of chocolate, rich earth and damp wood are still very present, but the pepper flavors from the first third have returned, and they are going great with the leathery finish. I smoke the cigar down to the nub, and even at the end it is still smoking smooth and cool. A wonderful gordo vitola, that really gave great flavors from the filler and offered a cool and lush draw. If you have never tried these cigars, I strongly suggest you pick some up. They really have a great flavor profile, and are a solid medium bodied cigar. I would not say the cigar is overly complex, but instead has a nice solid and semi-complex flavor profile from beginning to end. I really dig the blends that Jesus Fuego works on, and this is a great example of them. You can really capture those Costa Rican filler flavors in this cigar, and even though it was not my preferred vitola size, it smoked great and wonderfully. Along with the Costa Rican fillers you can really pick up that flavorful tobacco fro m Jalapa, Nicaragua. That region is one of my favorite in Nicaragua because of the flavorful tobacco it grows. I would give this cigar a 92, and for the price range you couldn’t go wrong with buying a box of these. I know that these cigars typically are out of stock in most locations, so when you have the opportunity to buy them I strongly suggest you do. I will say it was funny cutting a XIKAR cigar with a XIKAR cutter, and then lighting it with a XIKAR lighter. Have to give a great company credit for really being involved in every aspect of the cigar industry. Great job XIKAR!