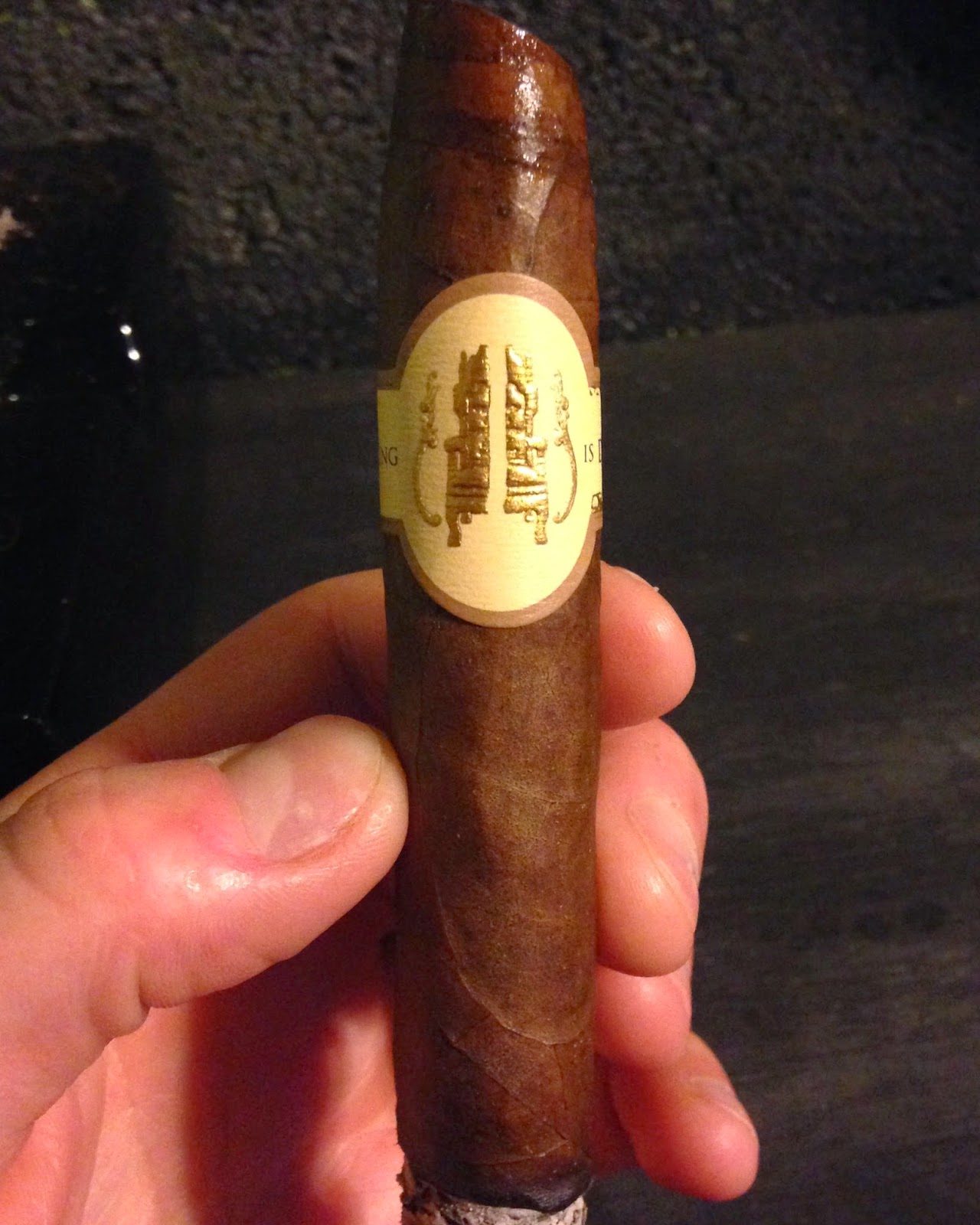 Caldwell Cigars is on fire right now and he is possibly one of the hottest companies in the Dominican Republic. Besides the fact that he is getting a lot of attention, he is not your typical Dominican brand owner/manufacturer. For the most part, the Dominican Republic is very old school and conservative, but that is not what Robert Caldwell is at all. He is young, bolder and flashier in his ways, and it is a nice addition for the country and industry. I think if he was in Nicaragua he would just blend in, but in the DR he can really stand out. He had a huge year last year launching six lines, and I have been a fan of all of them. I love Eastern Standard and Lone Live The King, those are my two lines, but he has a wonderful qualities in the other lines as well. The King Is Dead is my third favorite line from the company, and in that line is a specific cigar that is simply phenomenal. That cigar is a torpedo, a size I typically don’t grab, and it is titled The Last Payday. I look at The Last Payday as a modern take of a classic cigar. To me, it is a stronger and more flavorful Cuban Montecristo No. 2. Yes, it is a Dominican puro and not a Cuban puro, but it has a flavor profile that is very similar to the Monte. It shows some smokiness and at the same time it has some cocoa, creamy and coffee notes. I pick up some great hazelnut flavors with that as well, and it has a nice smooth and spicy finish. It is great from beginning to end, and over the past five months it has aged phenomenally. I believe it is going to keep that medium-full strength and body level for at least another year, and the flavors will be as bold as they are for that same period of time. With age, it will become very refined and I look forward to seeing where it is in a couple of years. The construction is great throughout, and this is one of my favorite cigars in his entire portfolio. The torpedo measures 6″ with a 52 ring gauge and has a nice Dominican Negrito wrapper from 2008. The binder is Dominican Corojo from 2006, and the filler is 30% Dominican Corojo Ligero, 20% Dominican Negrito Viso, and 50% Dominican HVA 20/20. These tobaccos are 2006, 2008, and 2010 vintage respectively. If you have not smoked the line, The King Is Dead, grab it in The Last Payday format. 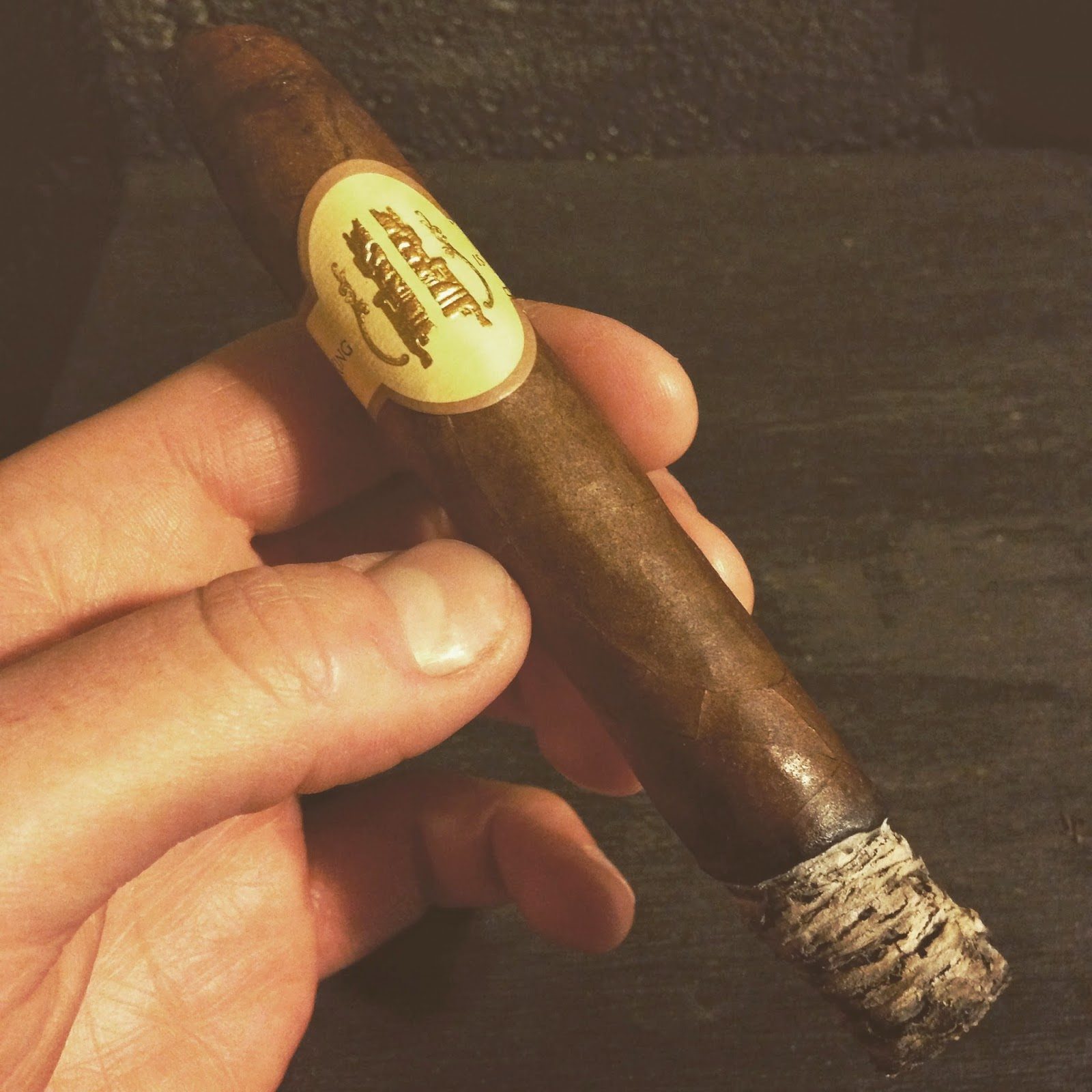