With the 18th Habanos Festival over, it’s time to look at what was showcased and released this year. It was a big year for Habanos S.A., and with the celebration of the 50th anniversary of Cohiba, we should have known that big and expensive things were expected. Let’s take a look at the releases. 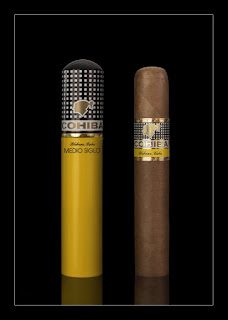 Cohiba Medio Siglo: A new petit robusto for the Cohiba brand, the Medio Siglo falls under the Linea 1492 line, and is a 102 mm (4″) by 52 ring gauge release. It is available in the standard 25 count boxes, and is also available in tubes, 3 count cardboard boxes. The price has not been released, but I imagine it will be fairly affordable when looking at Cohiba offerings. It is a 2016 release, but who knows when these will hit the market. This is actually the new Cohiba release that I am really interested in.


Montecristo Dantés Edición Limitada (2016): Probably the most exciting limited edition release this year, the Montecristo brand is a brand that always delivers with its limited releases. The Dantés is the smallest of new releases in terms of ring gauge, and is a Grand Corona  that measures 167 mm (6.6″) wih a 48 ring gauge. It is classified as a Hermosos No. 1, and will come in ten count boxes. Prices has not been announced, neither has the production number, and that is not surprising. This is the limited release that I will gravitate towards, without a doubt.

Romeo y Julieta Capuletos Edición Limitada (2016): Since 2012, the RyJ brand has been getting a lot of attention, and for 2016 the brand is back with a limited edition. The last limitada release for Romeo y Julieta was in 2013, but they have had some exciting releases much bigger than that. The Capuletos will come in 25 count boxes and will be a larger releases overall. It is a robusto extra titled Sobresalientes, and it will measure 153 mm (6″) with a 53 ring gauge. The RyJ brand overall does not do well for me, and with this being a limitada that comes in 25 count boxes, it will not be a priority.

Trinidad Topes Edición Limitada 2016 (2016): The Trinidad brand is back and bigger than the 2014 Vigia. The Topes will measure 125 mm (4.9″) with a 56 ring gauge, and will be a new robusto vitola titled Topes. Like most Trinidad releases, it will come in 12 count boxes and this is going to be a thick robusto. I am interested to see how the Topes smokes as I have loved what they have done for the brand with the Vigia, but you never know with a limitada. If they give it a super dark wrapper, it will need a lot of age and might throw the brand’s profile off as well. 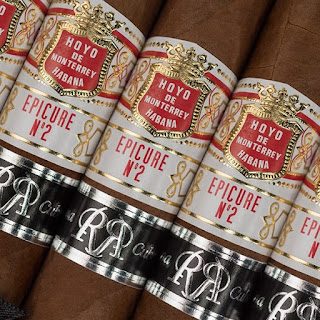 Hoyo de Monterrey Epicure No. 2 Reserva Cosecha 2012: It has been two years since the last Reserva release, and for this year we are honoring the Hoyo de Monterrey brand for the first time. The release will be your Epicure No. 2 vitola, 124 mm (4.9) with a 50 ring gauge vitola, but will be composed of tobacco from the 2012 harvest. The Habanos will be packaged in 20 count boxes, and only 5,000 are being made. As with past releases, they will be numbered, and I am expecting a balanced, creamy and delightful Epicure No. 2 release. How will it stalk to other Epicure No. 2s, I have my opinion, but I will let Yellow Snapper and I discuss that on What Embargo?. 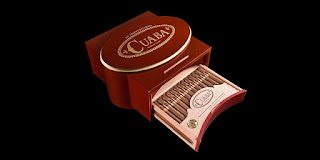 Cuaba 20 Aniversario:  It’s been 20 year since Cuaba was launched and to honor that 20th anniversary, Habanos S.A. released a 50 count humidor for the brand in a new vitola offering. It is a double perfecto, as to be expected, and measures 170 mm (6.7″) with a 56 ring gauge at the bell. I don’t know what else to say, its a Cuaba. 🙂 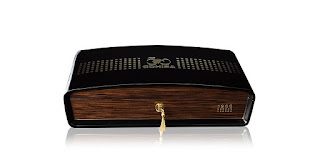 Cohiba Majestuoso 1966: Celebrating the Cohiba brand’s 50th anniversary, Habanos S.A. had two releases. One of them is the Majestuoso 1966.  This 150 mm (5.9″) by 58 ring gauge parjeo comes in numbered humidors of 20, and a total of 1,966 humidors are being made. The Cohibas come finished with the new Cohiba brand, but also have a secondary band showcasing the Tainos figurehead, the number 50 and the dates of 1966 and 2016. 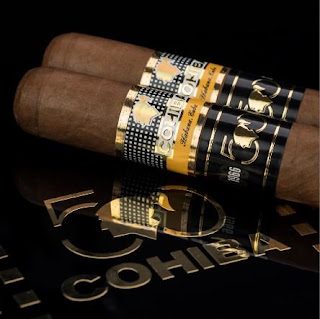 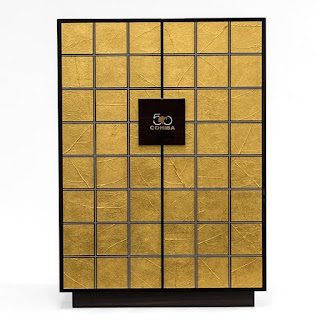 Cohiba 50 Aniversario: The main feature, the Cohiba 50 Aniversario is over the top in my opinion. A total of 50 humidors were made and each humidor comes with 50 Habanos inside. The Habanos measures 178 mm (7″) with a 60 ring gauge, and it is a double robusto titled Grandiosos in the factory.  Each Habanos is numbered and each humidor is numbered. The Habanos have a special band along with a foot band. The humidors are composed of 24 karat gold, ebony and  other fine materials, and I have been told that the first humidor was auctioned off for over 320,000 euros. This will not be a Habanos smoked by many. 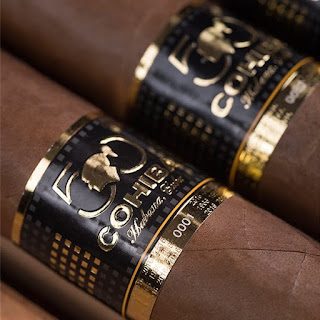