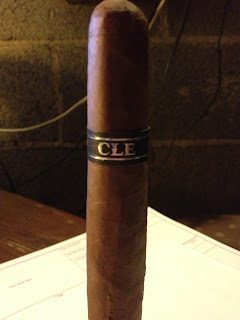 If you pay attention to cigar news, then you will surely remember when the news was talking about Christian Eiroa leaving Camacho and Davidoff and starting his own company. At the time I was curious as to how Christian could leave Camacho, and wondered how Camacho would do after the leave, but that is something we will see over time. The leave was fairly recent, and with his departure he has begun his own company once more from scratch. It is pretty exciting to see a manufacturer to do this, and it is great to see the road they take the second time around. I will be honest and say that at first I thought it was going to be him making Camacho cigars with a new name, but I was completely wrong with that thought and can safely say that Christian has done an incredible job from starting at the beginning.

While Christian is heavily involved in three companies/brands, I have talked about the Wynwood, I am going to talk about his direct company today. With the construction of CLE Cigar Company, Christian kept it simple and abbreviated his name for the brand name. This Honduran based company utilizes predominantly Honduran tobacco, and currently has three lines. I am sure all the blends are different for the different wrapper offerings, and that is why I say three lines. For this review I am choosing the Corojo line, and that is because when I think of the Eiroa Family I think of Honduran Corojo tobacco. They were the first ones outside of Cuba to use the seed, and made it what it is today.

The CLE Corojo is a Honduran puro, and features predominantly Corojo tobacco. The cigars are produced at the Tabacos Ranchos Jamastran factory, and that is outside of Danli, Honduras. For this review I chose the 11/18 vitola, and this cigar is very unique because it is a true figuardo in classification. The vitola gets its name from the birth date of Christian’s mother, November 18th, and is the only figurado in the companies portfolio. The cigar begins with a 48 ring gauge, and at the middle of the cigar it has increased to a 54 before decreasing back to a 48. The cigar is fairly smooth to touch, and it has a nice Colorado Maduro coloring. It is slightly silky as well in texture and has some veins sporting throughout. There is an amazing aroma at the foot of the cigar, and I am picking up bits of hay, fruit, spices, wood and chocolate  Throughout the wrapper there is an aroma of leather, wood and hay, and I am eager to light this puppy up.      Lighting up the cigar there is a lovely amount of citrus and fruit flavors to begin with and it has a nice dry flavor profile with that. There are some wood, leather and hay notes showing up also, and then there is that earthy, coffee and cocoa flavor profile. It really shows a great Honduran puro flavor profile, but has some more richness to that. In terms of construction their is a great burn line to the cigar, and it is producing a nice dark gray ash that is holding on to the cigar firmly. I am getting a great amount of smoke with each draw, and there are some decent rings being produced. In terms of strength I would say the cigar is at a solid medium body level, and I was actually expecting it to be stronger. Overall the cigar has a beautiful start and I am very pleased with the smoke.

When I get into the second third of the cigar I am finding the flavor profile to become much spicier, and the strength is increasing also. I would say that we are looking at a strength level between medium and medium full in this third, and I can definitely get more filler flavors with the ring gauge growing to that 54 gauge. There are still a nice bit of cocoa, coffee, hay and leather flavors to the cigar with the spices, and it has a nice citrus cream flavor showing up as well. I am getting a decent burn line in this third, not as solid as it was in the first third, but it is still producing a lovely ash that is firm on the cigar and a solid gray color. The flavor profile is still very enjoyable in the second third of the cigar, and this is definitely an excellent value cigar.     In the final third of the cigar the flavor profile really has an amazing finish, and it is a smoke that makes you wish there was just a little bit more. The cream and citrus flavors are really enjoyable, and they are pairing with some great hay, wood and leather notes. The rich flavors of cocoa and coffee are still present and they are offering a lovely finish to the smoke. The strength of the cigar is remaining at that medium body level in the final third and it has been consistently this way throughout. The burn line became a little wavy in this final third, but it is still producing an ash that holds on to the cigar firmly and shows a nice gray coloring. The finish to the cigar is cool and enjoyable, and I am getting a nice creamy and wood finish.

This was a terrific blend by CLE, and I am glad to see Christian Eiroa back and producing some terrific cigars. I myself believe that he is producing betters cigars now than before, and I believe that is because he really could start all over again and not having to think about the Camacho name when blending a cigar. I felt this cigar showed great examples of Honduran tobacco, and with that was not too powerful but very flavorful. I have found most CLE smokes to be on the medium body side of things, and each one very flavorful. Honduran Corojo is like the most well known and loved Corojo by so many, and this was a classic example of how terrific it is. I give this smoke a solid 92 and I loved the vitola offering for this review.