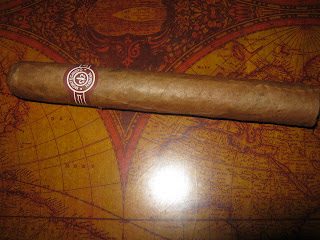 When it comes to cigars, the Montecristo No. 4 is the most popular and bestselling cigar in the world. That might be different here in the United States, but throughout the rest of the world the No. 4 is the preferred smoke of cigar smokers. Some say it is the perfect cigar for every smoker, whether you are a true aficionado or a beginner. The sales for the cigar have always been incredible for Habanos S.A., and I can safely say that most Cuban cigar smokers have had it. I know I have had it on several occasions, and every time I have absolutely loved it. Measuring 5” with a 42 ring gauge, it is your standard petit corona. The cigar has been a benchmark for decades, and has always carried the traditional Montecristo flavors. Everything about the cigar is simple but it so elegant at the same time. I have had all of the petit coronas that Habanos S.A. releases, and I am wondering to see, based on my reviews, where this one stands to the others. Let us begin!

Looking at the pictures you can see that the cigar is gorgeous. It has a lovely light milk chocolate color to it, and there are very little veins present as well. It is slightly soft in the hand, but has a beautiful triple cap to it. Holding the cigar to my nose I can pick out the aromas of chocolate, coffee and almonds. As I light up the cigar it begins very smoothly, remaining mild/medium in body. The first half shows notes of milked coffee, some chocolate, and a hint of vanilla. It’s a very elegant smoke that produces simple and constant flavors. There is an emergence of almonds and walnuts towards the end of the second half, but overall it is very constant and soothing. I know it sounds negative to say simple, but it really isn’t an insult.

As I enter the second half of the cigar, the strength increases some but it is still a soft medium. The flavors during this half show a little more chocolate and coffee bean notes, but I am still getting a soft hint of cream with that. Along with the chocolate and coffee notes, I begin to pick up on some oak and vanilla notes as well, which are awesome. The cigar stays flavorful all the way to the nub and I put it down before burning my fingers and lips. Throughout this whole cigar I never had one burn issue, and the smoke was very thick as well. Though it wasn’t as complex as some cigars out there it definitely had wonderful flavors and performed incredibly well as a stick.

I am going to give this cigar a 91. This is definitely a great cigar, and definitely perfect for in the morning or late in the evening depending on the type of cigars you smoke. I found the cigar was a little bit milder than most cigars I prefer, but still an enjoyable cigar for certain occasions. This is not an overly complex cigar, but what it lacks in complexity it makes up in pronounced and enjoyable flavors that are constant. It is definitely a great petit corona, packed with nice flavors, but I do not think it is my favorite Cuban petit corona. At the end of the day I would most likely be going with a Bolivar or Por Larranaga, but this has some more reliability than those. The Montecristo line is definitely a great one for Habanos S.A. and because of its flavors never seems to fail for anyone. If you have the opportunity to try this lovely cigar I would suggest you pick up a handful.