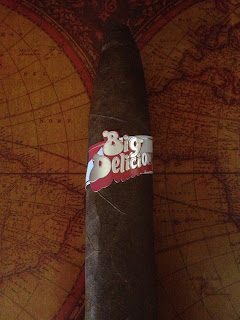 You really can’t beat the name Big Delicious. I mean seriously, who else names a cigar Big Delicious. Those were the two words used to describe this cigar so when it came to naming I believe they thought it fitting to name the cigar off of that. This is the latest of the Microblend Series from Smoke Inn, and while there is a rumored Quesada blend this is the official latest and is scheduled to hit the shelves at the end of April. So far there have been five other releases in the Microblend Series, while four really applied to honor their fifteen years as a store. I have reviewed El Hijo, Solaris, and Apocalypse, but today I will be smoking the cigar created by Matt Booth, also known as Swanky White, and Abe Dababneh who is also known as Big Delicious. The cigar really possesses the liking of Matt Booth, and that is clear in the band which reminds me in some ways of gum wrappers from the 1990’s

The Room 101 Big Delicious hails from Honduras, as all Room 101 Cigars do, and is offered in a  beautiful torpedo. The cigar is slightly pressed and has a lovely shaggy and closed wrapper. It has a ring gauge of 54 at the foot and finishes at a 42 on the tapered head and measures 6.25″ in length. Like all Room 101 cigars this particular cigar is made in Honduras, but has a very unique blend. It begins with a Habano 2000 wrapper that is very high grade and has a binder/filler blend of Brazilian, Dominican, Honduran and Nicaraguan tobacco. There is a lot of tobacco going on in this cigar so I look forward to the smoking experience. The cigar possesses a terrific tapered head and the cigar is fairly firm in hand. The wrapper is very smooth in hand and while it shows some veins throughout it has very little oils present to touch. The coloring is that of dark leather, Colorado Maduro, and it has an aroma that is of nuts, fruits, spices and leather. 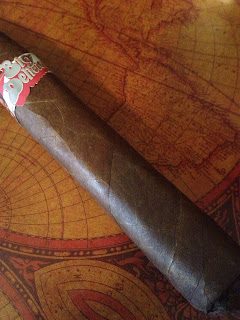 Lighting up the cigar it begins by showing some great peppery notes and also some anise, cinnamon and clove notes. There are some earthy aspects with the cigar and overall it has this lovely spicy and earthy combo. I am getting some bits of cedar and toast flavors as well and it is a very flavorful cigar that is unique and different to your core Room 101 smokes. The strength level on the cigar is a solid medium body strength level and I would consider this an afternoon smoke. The burn line on the cigar started off a little off, but it gradually began to shows an even burn line and producing a great charcoal colored ash that holds on to the cigar firmly. Overall this is a great start to the cigar and a terrific blend between Matt Booth and Abe from Smoke Inn. 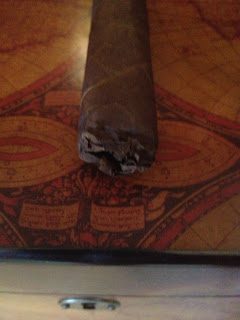 In the second third of the cigar I am picking up those core earthy flavors of the cigar and also those nutty flavors as well. There is a nice bit of tobacco and cedar flavors showing up as well and it has some definite pepper flavors with that. I would say the pepper flavors are fairly that of black pepper, but it is providing a nice flavor pairing with some coffee notes as well. There are some notes of licorice with the cigar, but it is fairly subtle overall.  The cigar is showing a perfect burn line and the ash on the end is still that great charcoal coloring. I am finding the strength level on the cigar to be remaining at a medium body level, and it is producing some nice rich flavors while having a nice balance of strength overall. I am still sticking with the fact that this is a perfect afternoon cigar and the samples I have had have been great during the afternoon. 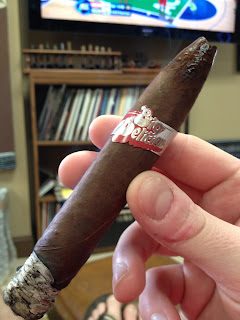 I am in the final third of the cigar now and it is beginning to show some great chocolate notes. The chocolate is really that of milk chocolate in my opinion and it is rich and creamy. I am picking up some faint Asian spice notes with that, bits of cinnamon and cloves, and it has this rich sweetness as a cigar. I am getting some cedar and nutty notes on the finish and it has this overall flavor profile that is earthy. The strength of the cigar is remaining at that medium body level and the cigar in general has been like this. It is producing a great amount of smoke and with that it has been showing this great charcoal colored ash that has been firm on the cigar. The cigar has been smoking at a cool level from beginning to end and on the last draw it remains that way with a nice flavorful finish.

I would first like to say that this cigar is like no other Room 101. I say that because if you go into the cigar thinking it will be like a Room 101 and hoping that it will you might be disappointed. In truth it is something new and completely different than anything before. With the amount of tobacco, and the regions that tobacco is from in the blend, it creates a whole new Room 101 experience. It is a nice change of pace from the usual smokes by Room 101, and I do not want that to sound like I don’t enjoy their main lines because I love them, but this is something very different. I am giving this smoke a 91 overall and found it to be very complex and a great smoke. It shows great construction from the beginning to the end, and with that produces a great amount of smoke while remaining at a medium body level. The flavors are all over the place from beginning to end and it keeps this wonderful richness throughout. I don’t think anyone will be disappointed in this cigar, and if you were not a fan of the Room 101 line before then I strongly urge you to try this smoke. If you are a fan of Room 101 cigars then it is basically a requirement you pick this stick up. This is another great release between Smoke Inn and a great manufacturer. 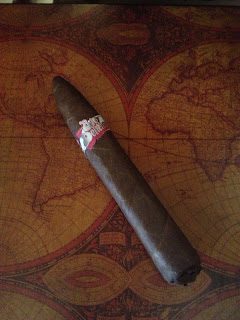 *cigars for this assessment provided to me by Smoke Inn.