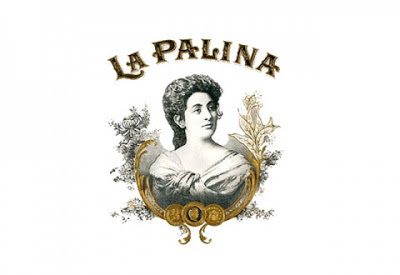 La Palina had some huge announcements this afternoon when they announced the line extension in two lines and the launch of a new cigar. What seemed like a quiet year for La Palina at the 2013 IPCPR has turned into something completely different. La Palina is a company that has done very well in my rating system throughout the years and received the Number 1 Cigar of the Year last year with the Goldie Laguito No. 2. This year they released the follow up to that cigar, the Goldie Laguito No. 5, and as of today we will see another released in the La Palina Collection line. They are having some line extensions into the Classic and Maduro, and they are a company that is really rounding out their portfolio.

Called Mr. Sam, the cigar pay tribute to Samuel Paley who founded La Palina Cigars in 1896. This is the fourth line in the La Palina Collection, and it follows up three successes with the 1896, Laguito No. 2 and the Laguito No. 5. The Mr. Sam will be a petit robusto measuring 4.75 inches with a 54 ring gauge and will be made in Miami, Florida at El Titan de Bronze. The cigar will feature an Ecuadoran Habano wrapper and have Nicaraguan binders and fillers. It is very exciting and surprising to see a release in the Collection Series after the release of the Laguito No. 5, and I know I am excited to smoke the cigar. The cigar will be very limited and total production will be 850 boxes of ten cigars. Here are my reviews on the La Palina 1896, Laguito No. 2 and Laguito No. 5.

Following the news on the release of the Mr. Sam, La Palina announced they would be releasing three line extensions to the Classic line. The new sizes will be a Lancero, Corona and Short Robusto. The Lancero will measure 7″ with a 38 ring gauge, the Corona will measure 5.5″ with a 42 ring gauge and the Short Robusto will measure 4.5″ with a 58 ring gauge. All three cigars will be composed of the same tobacco that goes into the current La Palina Classic line. The cigars are currently and will continue to be made at the PDR Factory in the Dominican Republic and feature a Brazilian Habano wrapper, Ecuadorian binder and Dominican and Nicaraguan fillers. Here is my review on the La Palina Classic Robusto.

To finish up the press release, La Palina announced a new size in the Maduro line by La Palina. The new size will be called La Palina Maduro 40, and will be a petit lancero that measures 6″ with a 40 ring gauge. Like the rest of the La Palina Maduro line, the Maduro 40 will be made in Honduras at Raices Cubanas, and will be made with the same tobacco. The cigar features a Mexican San Andres wrapper, two binders that are from Honduras and Nicaragua and Nicaraguan filler tobacco. I reviewed the La Palina Maduro 52 August of last year and found it to be an exceptional cigar.

This is very exciting new for La Palina and the cigar industry. I know that the boxes of Mr. Sam will move and move fast, and I look forward to smoking some. I love that they offered the Classic line in some vitola offerings that I prefer, and I think it is great they are doing that with the Maduro line as well. La Palina is truly a remarkable company and they have had a great story thus far. It is a shame I will not be at the IPCPR  to stop by their booth but I will be at the beach! Sam, Courtney, Andrew, Taven and crew, I send best wishes for the show!