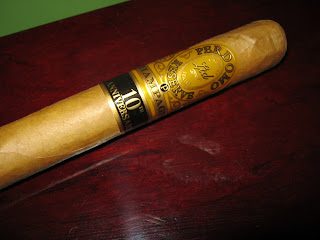 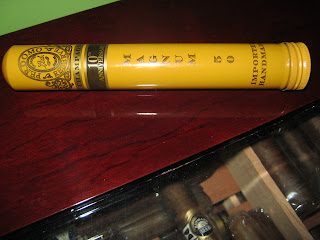 When one begins smoking cigars they tend to begin with those on the milder side of the spectrum, but as time goes by he or she begins to move to the other side, and begin smoking cigars fuller in body. When I first started smoking I was guided to milder cigars by shop owners and employees, and it was a great place to start. With milder cigars, you are introducing yourself to the concept of smoking and warming yourself up you may say. If you have never run before, you don’t say “I’m going to run a marathon today.” No, you train and work every day so you are able to. I don’t, and will never recommend someone who is beginning to smoke cigars grab one on the fuller end. That is the fastest way for someone to quit, or get sick.

The problem with mild cigars though is they lack flavor and complexity. Most mild cigars are very one dimensional, and as an experienced cigar smoker that is not what you want. Mild cigars that I find to be one dimensional are Macanudo, Arturo Fuente, Ashton, and Montecristo. When looking for a cigar I tend to look for cigars that will be flavorful and complex and because of this, milder cigars are not in my selection. There are some exemptions to that rule though, and those cigars are a wonderful treat. When you are able to find a cigar that is very mild but has all the great qualities in a cigar, you have found a great morning smoke! Gurkha Symphony, 5 Vegas Gold, Man O’ War Virtue, and Perdomo Reserve 10th Anniversary Champagne are these smokes.

The secret to the tasteful mild blends I have listed earlier is that the fillers within the Connecticut Shade wrapper are not your typical fillers for a mild cigar. Often the case with mild cigars, that are one dimensional, the fillers tend to come from the Dominican Republic, the ones above are from Nicaragua. Nicaragua as a tobacco growing country has three regions, Estelí, Condega, and Jalapa, which are all unique and add wonderful complexity and flavors for cigars. (I will talk about Nicaraguan tobacco in another article.)

Now that you have had a minor introduction on mild cigars and Connecticut Shade I will talk to you about the cigar that I smoked, the Perdomo Reserve 10th Anniversary Champagne. Nick Perdomo is a big name in the cigar industry; in fact everything about Perdomo Cigars is big, cigar factory, cigar production, and even the size of his cigars. From the Champagne line I picked out the Magnum 50 Tubo. The Magnum is a great size, 6” long with a 50 ring gauge, a traditional size smoke.

Right away, the beauty of the wrapper was unbelievable. The wrapper, a 6 year old US grown Connecticut Shade, was practically vein free, texture of silk, and gold in color. In the filler underneath, I know Nick had placed leaves from the best regions of Nicaragua and had balanced them so as to make this cigar worth my while. Upon lighting I got the smooth creamy cedar flavors expected from the wrapper but from the filler I got a nice mild spice and coffee. This cigar was wonderful from head to foot and never lost its base flavors upon lighting, but picked up notes along the way of caramel, hazelnut, and honey. When you have a cigar that offers that, you have a complex cigar. When someone says a cigar is complex it is because the cigar emits so many flavors it hard to pick our every single one.

To me this cigar was mild, but I can see others saying it closer to medium in body, partially because of the fillers within. If you are looking for a wonderful smoke but nothing powerful, this is it. Nick Perdomo rarely disappoints and this was proof of that. I would have to give this cigar a 92 rating. This cigar, like its name, is wonderful with Champagne or a sparking white. I would not smoke this with a glass of red or a beer but that is your call. It would also go great with a  really nice Chardonnay.