Casa Magna, made for Manuel Quesada by Nestor Plasencia, will have a nice vitola in the line. It will be an extra long lancero measuring 8 1/4″ with a ring gauge of 40. I look forward to trying it out, it is very long, but with the ring gauge being so thin you should be able to get some great flavor from the wrapper. 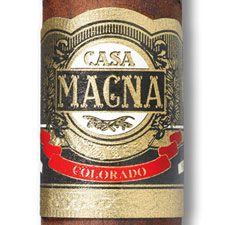 Cuba has announced it’s limited edition releases for the year as well. The Cohiba line will have a new size, 1966 Edicion Limitada. It will measure 6 1/2″ with a 52 ring gauge and be a parejo with a pigtail cap. They will release the Short Hoyo Piramides for Hoyo de Monterrey, which will be a 5 1/3″ by 46 ring gauge figurado. Finally they will have the Ramon Allones Allones Extra, which will be 5 1/2″ by 44 ring gauge.

Habanos S.A. finally announced the Montecristo No. 2 Gran Reserva Cosecha 2005. There will be 5,000 boxes, and will be the most exclusive launch by Habanos S.A. All tobacco is from tobacco harvested in 2005. So many great smokes, look forward to them all!

Additionally, John Huber, formerly of C.A.O. Cigars, has left the company and plans to start his own brand in Nashville, Tennessee, Crowned Heads. Looking forward to the smokes, it seems everyone is leaving C.A.O. Cigars. rather than move to Richmond, VA.