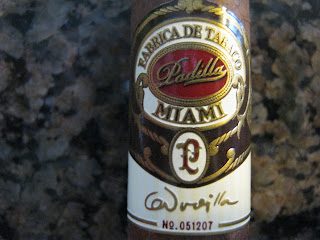 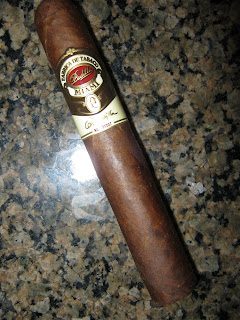 I remember smoking these cigars when they were Miami 8/11 and they were made at Pepin’s small factory in Miami, they were a bomb! When I heard the news that Pepin was not going to be making anymore of them I was distraught. I collected a good number of them, but I smoked them all quickly and was right back where I started.

When the cigar was re-released, being made in a new factory, Fabrica de Tabacos Raices Cubanas in Honduras, I was somewhat skeptical. I knew that the blend and tobacco was going to be the same, but the fact that Pepin would not be making them made me hesitant. I was so wrong! I feel that these cigars are better now than they were. He changed the band, increased cigars in boxes, and kept the pricing about the same. This isn’t an everyday cigar, but it is a treat.

Made with entire Nicaraguan tobacco, the blend of this cigar compares to high end Cuban cigars and non-Cubans. Besides being filled with wonderfully fermented and aged tobacco, the cigar is draped in a wonderful spicy corojo wrapper that has a wonderful red hue in it. Oh, did I say it has a triple-cap! I know the triple-cap doesn’t play a function in the cigar, but I love cigars with a triple-cap.

The aroma on this cigar is a wonderful compilation of spice, chocolate, and wood. I clipped the cap, and the draw on it is perfect and spicy. Right when you light this cigar up, you are greeted with a creamy characteristic. There were a lot of flavors right away, and as the cigar progresses the flavors develop even more. Off the top of my head I can tell you that I picked up lots of spice, wood, nuts, espresso, and earth. This is a really wonderful and complex cigar, it has a bouquet of flavors. I give this cigar a 94, and I am glad I have a couple more in the humidor. There are several vitola’s in the line so if a robusto is not your format, you will have plenty of other choices. If you have never enjoyed one of these you should.