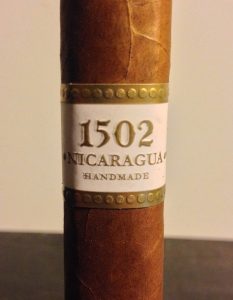 A member of The House of Emilio, 1502 Cigars is one the house’s rock solid brands. 1502 never seem to be directly in the spotlight in my opinion, but at the same time they are never back stage. I consider them to be the most consistent brand for the House of Emilio, and they have never disappointed me and many others in the past. At first, Emerald was the brand that I put stock in, then it was Black Gold, but recently it has returned to Emerald. All the lines are truly solid, so when they announced that they would be releasing a fourth line called 1502 Nicaragua in 2014, I was interested in smoking it and seeing where it fit in with the other lines. As many have mentioned, the name 1502 pays tribute to the year that Columbus explored the costs of Nicaragua in his Fourth Voyage, even though he did not know it was Nicaragua and swore he was still in Asia, and the Nicaragua in the title obviously pays tribute to the country of Nicaragua, home to 1502 Cigars and its creator Enrique Sanchez, and the fact that the cigar is a Nicaraguan puro. With that said, let’s smoke and see how this goes.

The 1502 Nicaragua Robusto is your standard robusto, and it measures 5″ with a 50 ring gauge. The cigar is a Nicaraguan puro, and is made in Esteli, Nicaragua at Plasencia Cigars. It is composed of tobacco from various regions,  Esteli, Jalapa, Condega, and Ometepe, but nothing is specific as to where the leaves are used in the blend. The cigar comes with a wrapper that is beautiful in coloring and it has a nice silky and slightly gritty texture. The coloring is that of light Colorado, with some Natural qualities, and it has very few veins present throughout. It has this antique vibe to it in terms of appearance, and it is lovely pressed on top of that. The slightly closed foot, or “cigar lock,” as Enrique calls it is a nice touch on the foot, and it creates something new overall. The aroma on the wrapper is that of spices, fruit bread, cinnamon, and dough, and the foot is showing a lot of fruity qualities with a nice currant and berry aroma. 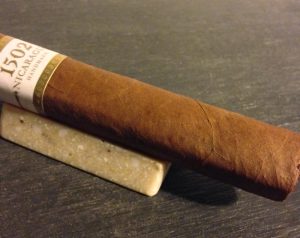 The first third opens up by showing strong spice notes, and I am getting some pepper qualities on top of that, mostly white and black. There is a dry earthy quality present with that, and it is showing some herbal and green notes on top of that. It has a finish of walnuts, and it is more of a burnt walnut quality. It is a fairly dry flavor profile, and it is a profile that I somewhat enjoy with Nicaraguan puros. The construction is decent thus far, though not great, and it is showing one area where the burn is off, and the rest has a thick burn line. The ash has this mixed charcoal coloring, and it is holding on well to the end. It is not a definite or a definite flaky quality, but more in between. I would classify the strength as being medium and the body closer to medium-full, and I am interested in how the second third comes along. 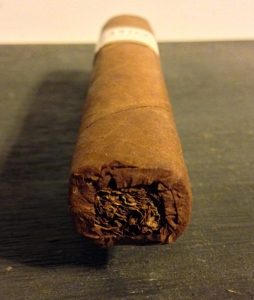 When I enter into the second third of the cigar I find that the pepper notes continue to play a strong role in the cigar, and it is showing some more walnut flavors with some additional almond qualities. There is a nice french vanilla quality present, and it is pairing with sweet cedar and creamy qualities. It is smooth, soft, and spicy at the same time, and it is significantly better than the first third in terms of flavors. The construction is top notch in this third and it is showing an even burn line with a firm charcoal ash on the end. The draw is smooth with each puff, and the cigar itself is giving off a nice bit of smoke. It is smoking at a medium level in terms of strength and body in this third, and the transitioning has been outstanding. Improvement is definitely present, and I am interested to see how the cigar finishes. 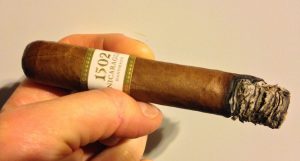 I am in the final third of the cigar now and it is showing a strong peanut flavor at the beginning, and finishes by showing some faint spice and pepper notes with heavy cream qualities. There are some cedar flavors present as well, and there is an herbal and slightly burnt/harsh flavor on the finish. It has definitely gone down hill from the second third, and I would say it is finish right around where the first third began. The construction is top notch to the end though and it is showing an even burn line with a cool finish. It is producing a nice bit of smoke and it has an ash that is charcoal in coloring and holding on firmly at the end. I would say that the cigar is smoking at a medium level in terms of body at the end, and I am finding that the strength has died down tremendously, and is more between mild and medium. 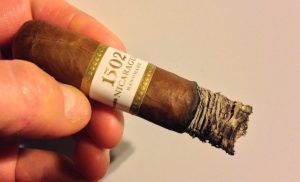 1502 Cigars is a brand that I have felt was always solid, and never disappointing. I have enjoyed their releases: Black Gold is great, Emerald is really good, and Ruby is solid overall, and none of them really failed me. Following up on that, I feel that the 1502 Nicaragua is a slight step backwards when compared with past releases. I think the other blends are just better overall, and they are delivering better flavors and more complexity. I liked the Sanchez wanted to make a Nicaraguan puro and really pay tribute to the home of 1502, I think he did that with the second third of this blend, but when looking at the big picture he had a miss. Overall, the cigar smoked well throughout, improving in construction as it moved into the second and final third, and the body and strength were solid from beginning to end. I felt that if it had a stronger finish, in terms of flavors and complexity, it would do more as a cigar. Instead, I was left disappointed and the cigar seemed just to fall from exhaustion after it made some progress. I am giving the blend an 87 and I don’t think aging this stick will take it to the next level. I think it is where it is going to be, and aging it will possibly only diminish what is present. On an unrelated and non-scoring matter, I wish he had made the band similar to past releases and kept with the titles in place. Because he changed the packaging and naming for this cigar, I think the cigar will always be the odd one out if he goes back to past bands and titling. If he changes the packaging for future releases, I think he then goes against the foundation of 1502, and that is hurtful as well. I will be interested to see what he does there. 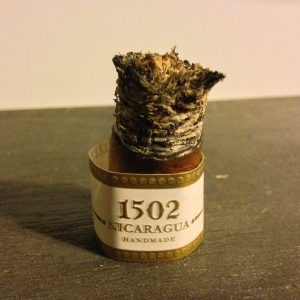 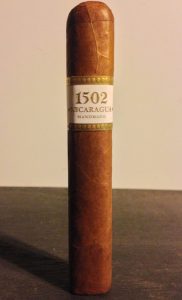