Outside of Danli, Honduras is one of the best cigar factories in Central America, El Paraíso. El Paraíso Cigar Factory is run by none other than Nestor Plasencia. Nestor Plasencia has been growing tobacco and making cigars for decades and is one of the biggest tobacco farmers in Central America. James Suckling compared him with Jay-Z saying, “Plasencia is the leaf czar of the region. He is to tobacco growing what Jay-Z is to hip-hop. They make a lot of noise in their respected fields.” He grows so much of the tobacco being used in cigars, and makes cigars for so many manufacturers, I can’t think of anyone who has not smoked cigars that Nestor has somehow been involved in along the way. As the largest growers of Cuban-seed tobacco in the world, it is estimated that 9 out of every 10 cigars sold in the US contains at least one leaf of Plasencia tobacco. His family own five factories throughout Latin America, and processes about five million pounds of tobacco on their 3,000 acres of fields.  It is an incredible sight, the scale of his operation. Two smokes of his that I just had are the Cuba Libre “The Brute” and  the Olde World Reserve “Toro” by Rocky Patel. 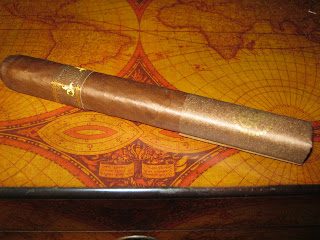 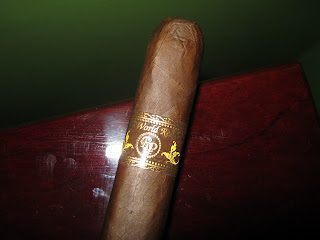 The Olde World Reserve has been a hit since its release in 2005. The fact that it is a scrumptious box press toro gives it some extra points in my book. The cigar is packed with filler tobacco from Nicaragua and then secured with a Honduran binder. With the wrapper you can choose between a Corojo wrapper from Nicaragua, or a Jaltepc maduro wrapper from Costa Rica. Both versions of this smoke are great and each offers different characteristics, I smoked the Corojo version. The Corojo brings out lots of nutty flavors and spice from the get go, and as the you get further in you begin to pick up  subtle nuances of coffee and wood. The Olde World’s are consistent from smoke to smoke, and the toro size I think is the best. I find these very comparable to the Padron Anniversary 1964 Series, in both the maduro and Corojo version, at less the price. If you enjoy full flavored smokes that are very smooth and cool and not too overpowering this is right up your alley. I feel like this is a great beginning cigar for someone who wants to move away from mild Connecticut Shade wrappers. I have been enjoying these for years now, and I never forget about how much of a treat they are. 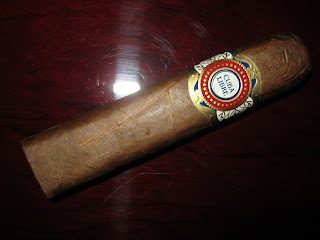 Bargain, that is all I have to say about the Cuba Libre. The pricing on these cigars hits you like a tidal wave. The Honduran Cuban-seed Corojo wrapper on this cigar is beautiful. The box press has brought out all the oils, and you can really see the tooth it contains, what a treat. Underneath the wrapper it get even better, with filler tobacco from the Jalapa Valley in Honduras, not to be confused with the Jalapa region of Nicaragua. With each puff you get lots of earth, leather, and toast, and it finishes with a nice spicy sweet note. These cigars stay balanced throughout, and are great for anytime of the day. I have been told that these are a favorite of Nester Plasencia, and I understand why. I gave this cigar a 90, partially because of the size. The Brute is a short cigar only measuring 4 1/2″ but with a ring gauge of 60 it feels monstrous. I am not a fan of fat cigars, partially because I don’t like how the smoke. If you are smart enough to pick up a box of these I recommend the Club Corona or Unico (torpedo) size.