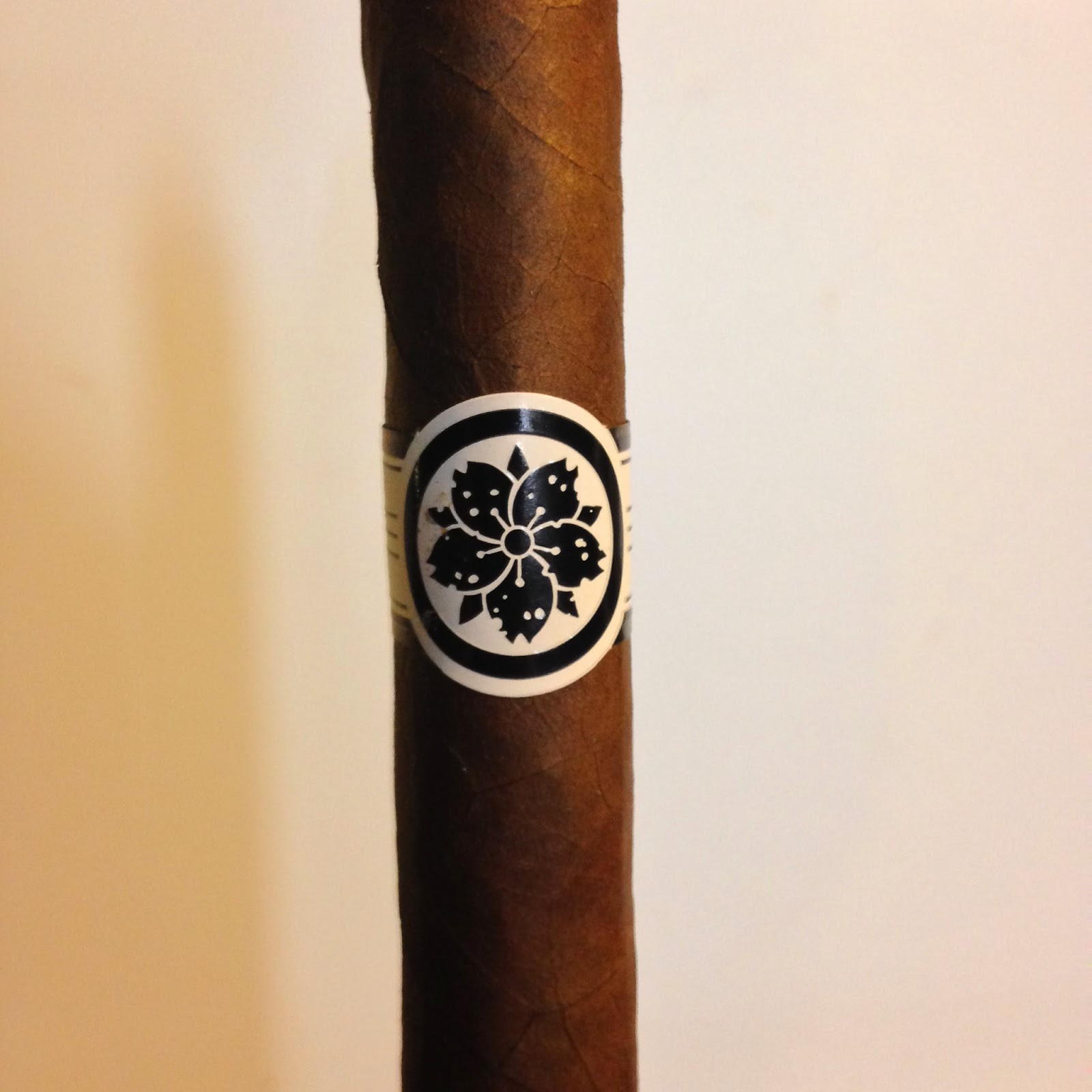 In 2013, Matt Booth and Room 101 Cigars announced their newest release, and it would be a release called Master Collection One. With the name, there was no denying that there would be a follow up release, and sure enough in 2014 we got Master Collection Two. The series would feature the same five vitolas every year, but each year the packaging would get a change and more importantly, the cigars would be a new blend. At the beginning of this year, Room 101 announced that we would be seeing the Mater Collection Three, and that this would be the final installment in the series. Like year's past, it would feature a whole new blend and the packaging would be different as well. I have always been a fan of the series, finding them to be the best releases from Room 101, and today I look at the final release and see how it smokes. Booth loves his Mutante vitola, as do I, so let's take a look at the Master Collection Three Mutante.

Labels: Room 101
Email ThisBlogThis!Share to TwitterShare to FacebookShare to Pinterest 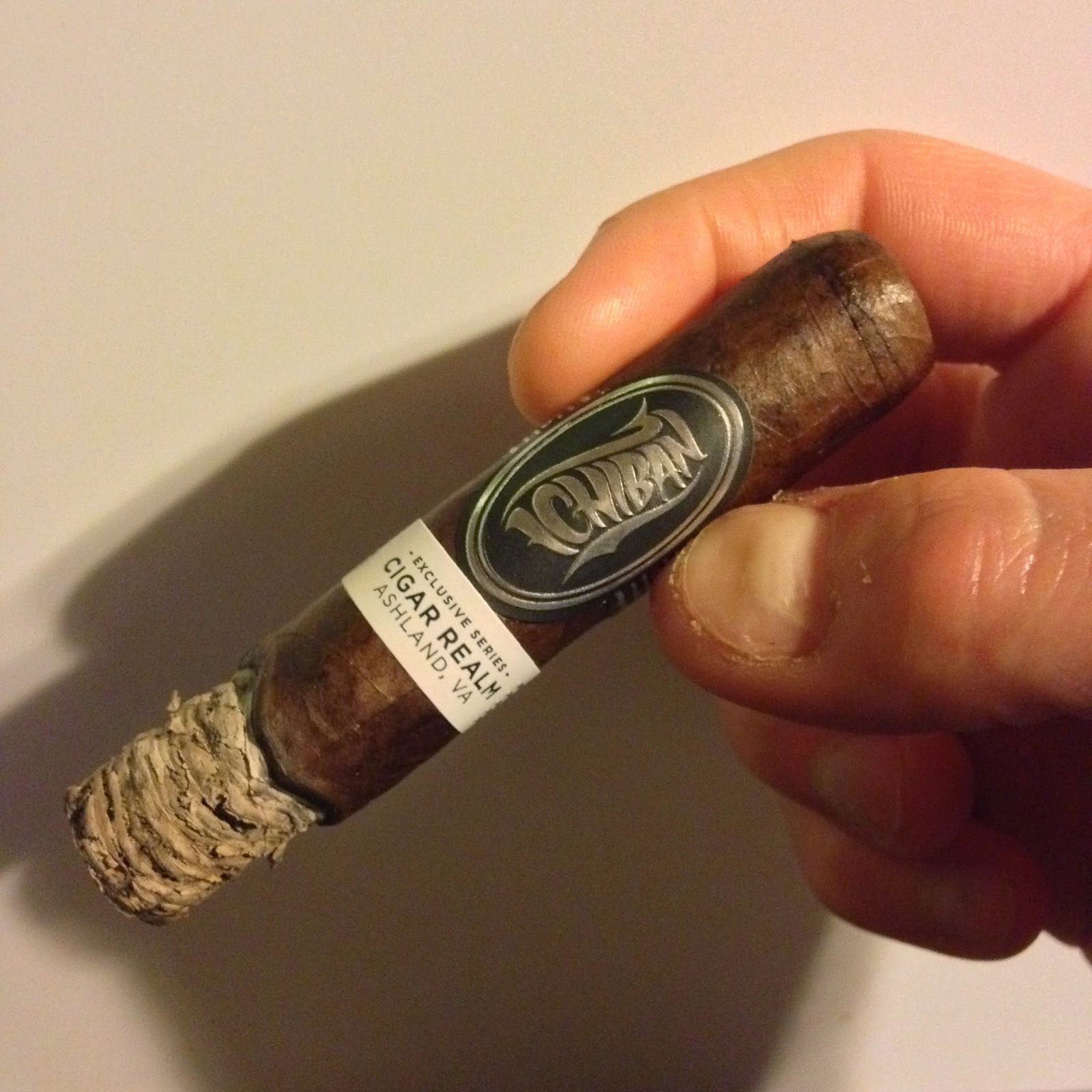 On March 12th, 2015, Room 101 Cigars announced that they would be releasing their second release in the Ichiban Series , and that the cigar would be a Roxxo vitola going to Scott Faison's Cigar Realm in Ashland, Virginia.The Ichiban Series was first announced at the beginning of the year, and it would be a series of eight releases with the releases going to eight different retailers and being offered in different vitolas each time. The Ichiban Roxxo is the second release thus far, and Booth picked Cigar Realm as one of the retailers due to the relationship he has had with the store and how successful the brand has done there. Cigar Realm has two locations in the Richmond, VA area, and it is seen as the "preeminent retail cigar establishment and lounge," in central Virginia. Cigar Realm is an appointed Davidoff merchant, a member of IPCPR, and a member of Cigar Rights of America. With those introductions, let's take a look at the Room 101 Ichiban Roxxo, the exclusive for Cigar Realm. 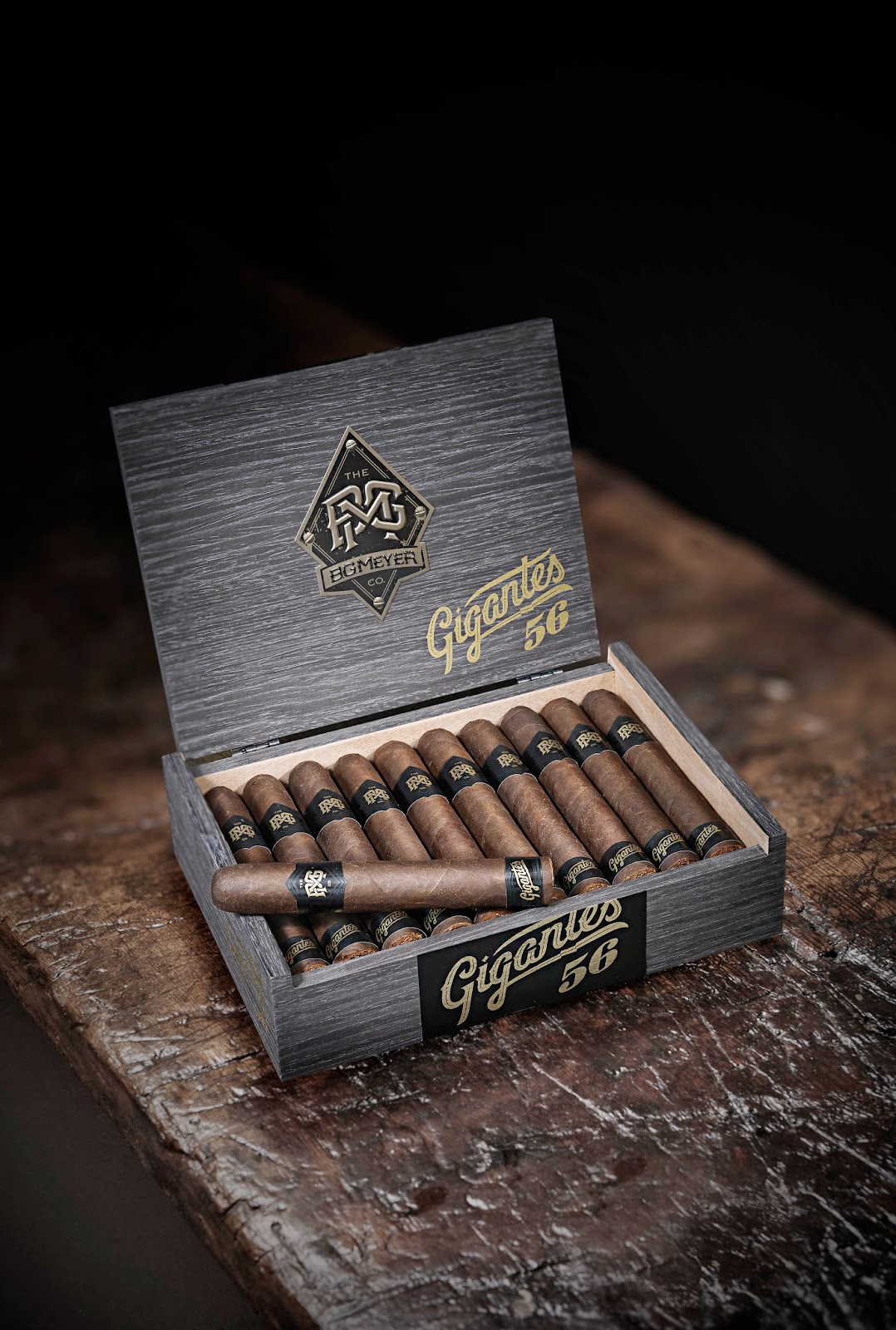 Camacho Cigars and Rob Weiss announced today the third latest line addition for the BG Meyer Company. The cigar is called BG Meyer Gigantes and it is a follow up release to the BG Meyer Standard Issue and BG Meyer Slackers. Weiss was quoted in saying that "the new Gigantes pays tribute to those towering spirits that have led us to action by example...Those legends that influence our lives..."

The concept of the cigar was to create a blend that honored the legendary Gigante, and create a robust and flavorful cigar. The cigar comes with a hearty Nicaraguan-grown Habano wrapper, a Brazilian Mata Fina binder, and a  filler blend of Nicaraguan and Dominican tobacco. All the tobacco has been aged a minimum of six years, and the wrapper has been aging since 2007.

Cigars are expected to begin shipping on Wednesday, April 15th, 2015. 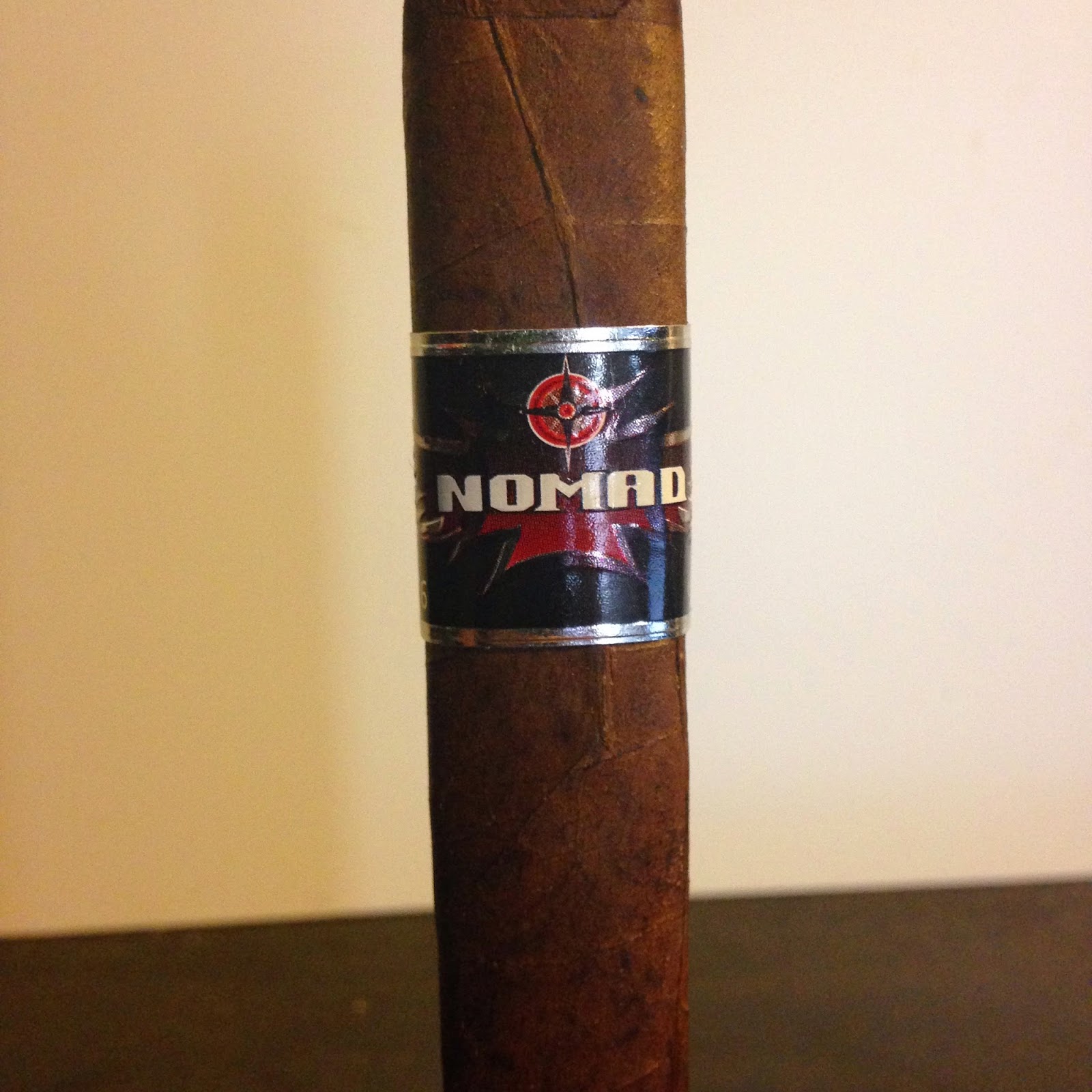 At last year's trade show, Nomad Cigars announced its latest blend, the C-276. It was a blend that was aimed for the full body and full strength fans, and this was the third blend that Nomad Cigars did with A.J. Fernandez. From what I heard, it was the fullest offering the company had released, and the initial response was very positive with following reviews confirming those initial thoughts. Since the company began working in Nicaragua, in particular AJ Fernandez, we have seen an increase in complimentary responses to the company's blends, and Nomad has received more and more attention from smokers across the nation. I think they are in the top two for hottest brands in the House of Emilio, and if anything they are one of the most public brands for the group. I was intrigued in smoking the blend back in July, but due my short attention span, I have not gotten around to smoking the blend. Well, the day is here, so let's see how the Nomad C-276 smokes. 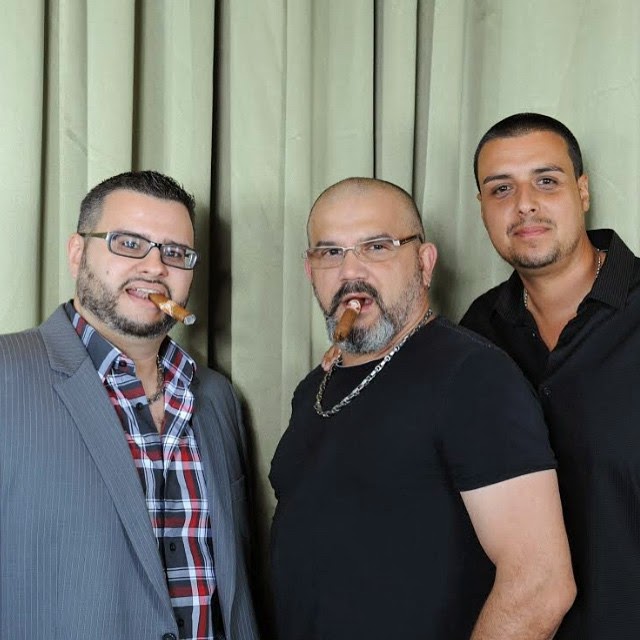 On Monday, April 6th, 2015, Espinosa Premium Cigars announced that they would be hiring independent cigar broker, Jose Galvez full-time. Erik Espinosa announced that Galvez would be assuming the role of Sales Manager for the Northeastern States (eastern Pennsylvania, New Jersey and New York) as well as the bordering states. Galvez worked as an independent broker for the company in 2013 and 2014, but had to step back from the industry for a period of time due to family matters. Upon his return, Galvez commented that "he can't wait to be a part of Espinosa Premiums Cigars and keep the momentum going for the company."

An additional note is that Galvez will also be working for MoyaRuiz Cigars and representing them in the same area. Galvez happens to be brother-in-law to co-owner of MoyaRuiz, Danny Moya, and if you were unaware, MoyaRuiz Cigars has their cigars made at Espinosa's factory in Esteli, Nicaragua, La Zona. This is some exciting and big news for Espinosa Premium Cigars, and it is great to see a company of their nature hiring their owner representatives. The best representation of your company is typically from someone who works solely for your company, and I hope to see more announcements of this nature for Espinosa Premium Cigars.

photo courtesty of  Espinosa Cigars. Galvez is pictured left, next to Erik Espinosa and then Danny Moya. 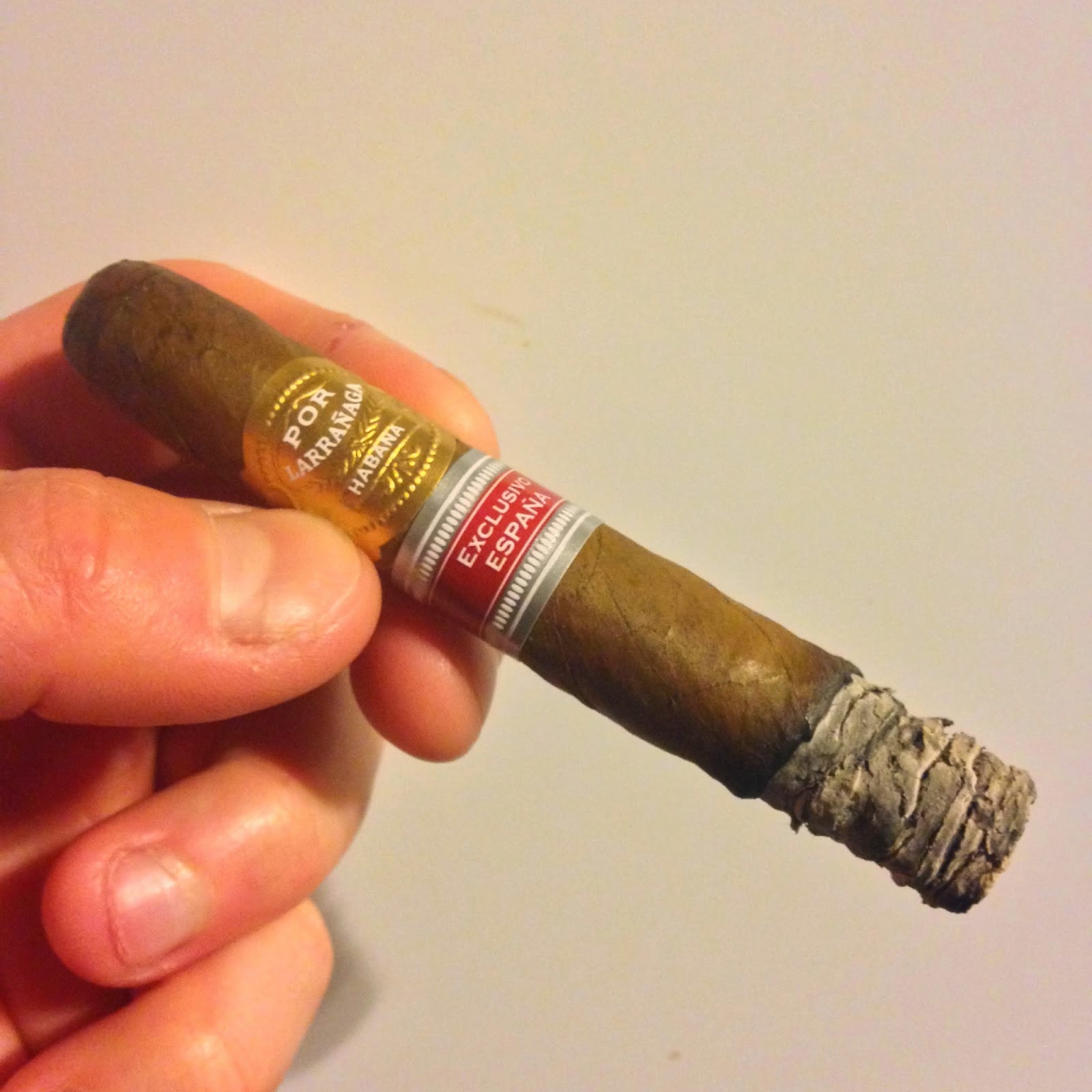 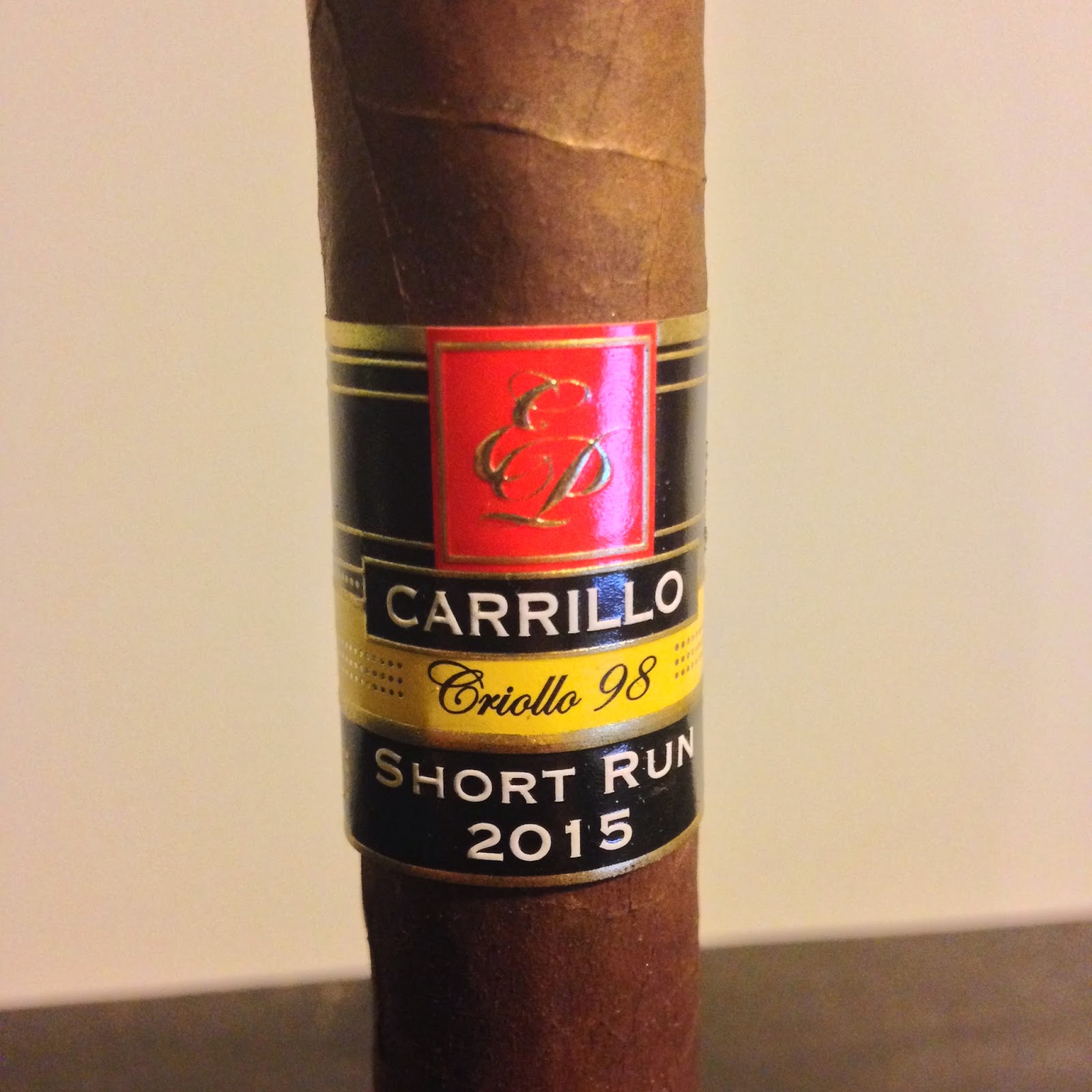 In 2010, E.P. Carrillo released the first Short Run release, the Short Run 2010. The cigar was a hit, gaining much success, and for the next three years the company continued to produce some incredible Short Run releases. Each vintage was very unique and box worthy, but I believe the 2013 run is possibly my favorite of the vintages. In fact, the first four releases were successes to me, only being let down in 2014. I found that the Short Run 2014 was a disappointment in terms of the blend being delivered, but I did not, nor will I ever give up on E.P. Carrillo. When the 2015 release was announced,  I was eager to sample the line and see how the new vintage would smoke. It is the first time a Nicaraguan wrapper will be featured on a Short Run release, and I am eager to see how the blend turns out. Today I look at the toro offering, the E.P. Carrillo Short Run 2015 Vencedores.